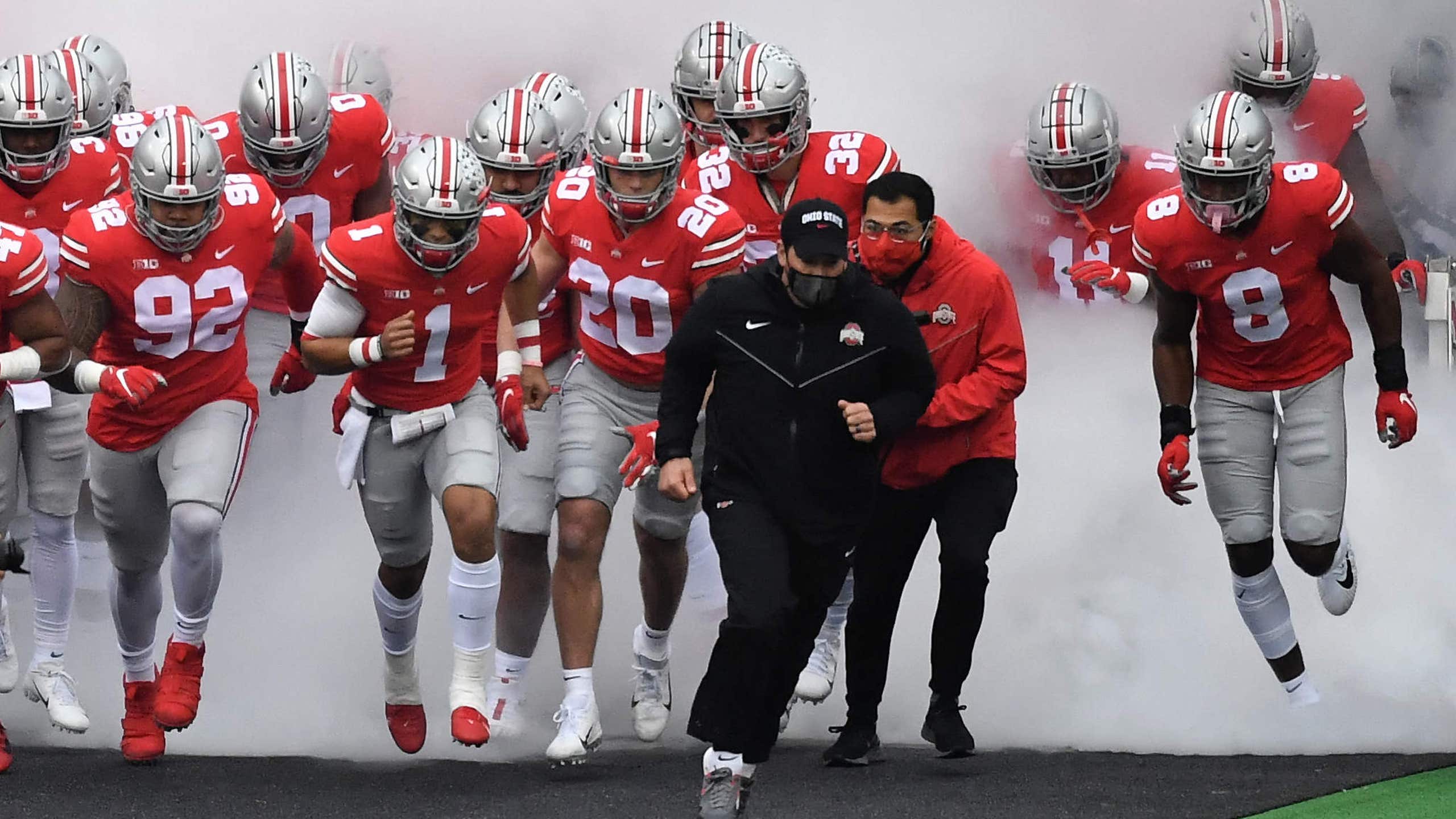 The college football weekend was split into two days, beginning on Friday, and a few big games are still left for the traditional Saturday menu.

And before those games get underway, the Big Noon Kickoff crew has all the latest news and analysis from the collegiate world.

The Buckeyes' game against Illinois, set to take place Saturday morning, was canceled due to positive COVID-19 tests within the Ohio State program, beginning with head coach Ryan Day.

Bruce Feldman has the latest on what's next for OSU, explaining that the Buckeyes might be forced to miss next week's game against Michigan State as well, putting in jeopardy their chances at qualifying for the Big Ten title game.

Former OSU head coach Urban Meyer and former Notre Dame quarterback Brady Quinn react to the news that OSU's season could be in jeopardy due to the coronavirus, and what it means for the Big Ten championship.

Breaking down the CFP rankings

The initial College Football Playoff rankings were released earlier this week, and the crew shared its thoughts on two teams that it believed were ranked too low.

The annual Iron Bowl rivalry game between No. 1 Alabama and No. 22 Auburn is set for Saturday at 3:30 p.m. ET.

The crew breaks down what to expect out of Saturday's clash.

Charles Woodson is back in the club, joining Reggie Bush and Matt Leinart to discuss which college superstars are on pace to be considered for the prestigious award.

Can Florida make the playoff?

The Florida Gators have yet to make the College Football Playoff in its six years of existence.

Is 2020 the year? Only if they can get through Alabama.

The crew breaks down the Gators' chances of qualifying for college football's semifinal round.

What to do about Michigan

The Wolverines sit at 2-3 on the season, having suffered a 27-24 home loss to rival Michigan State, a 38-21 blowout at Indiana, and a 49-11 demolition at the hands of Wisconsin.

Can Michigan get back on track this season, heading into next season?

Charles Woodson and Urban Meyer have the answers.

Top 10 Heisman Contenders For 2021
RJ Young takes a super early look at which players could compete next season for college football's highest honor.
6 days ago