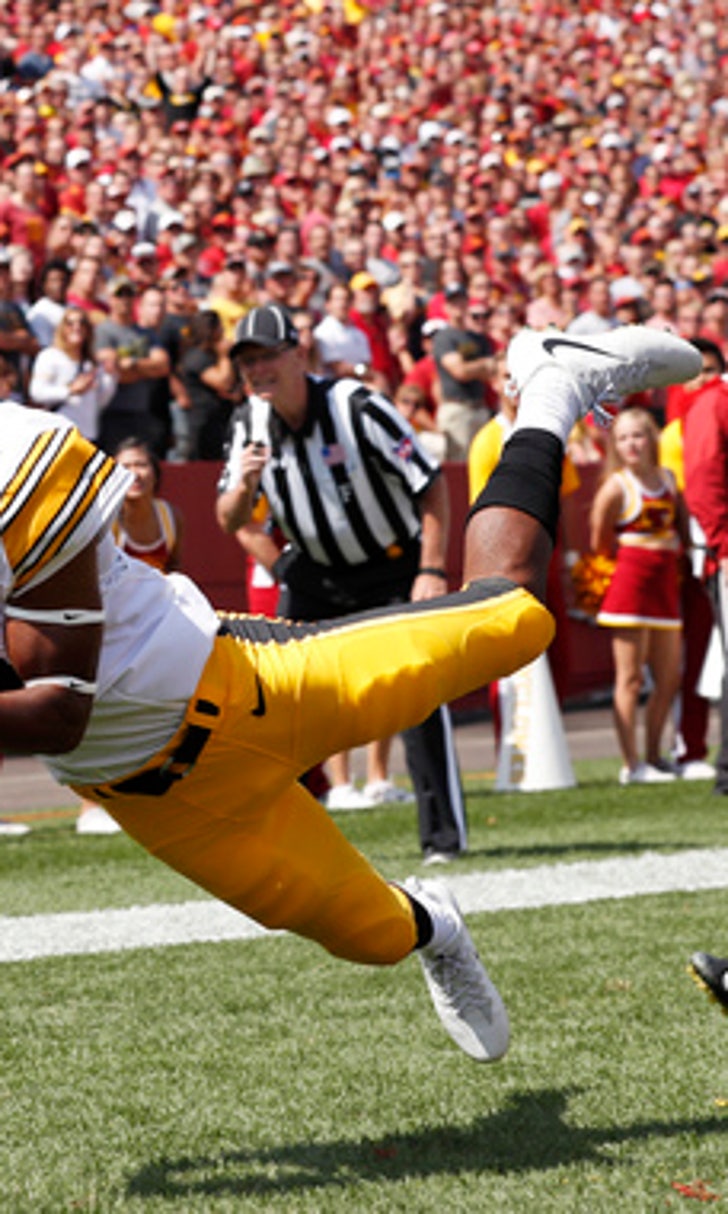 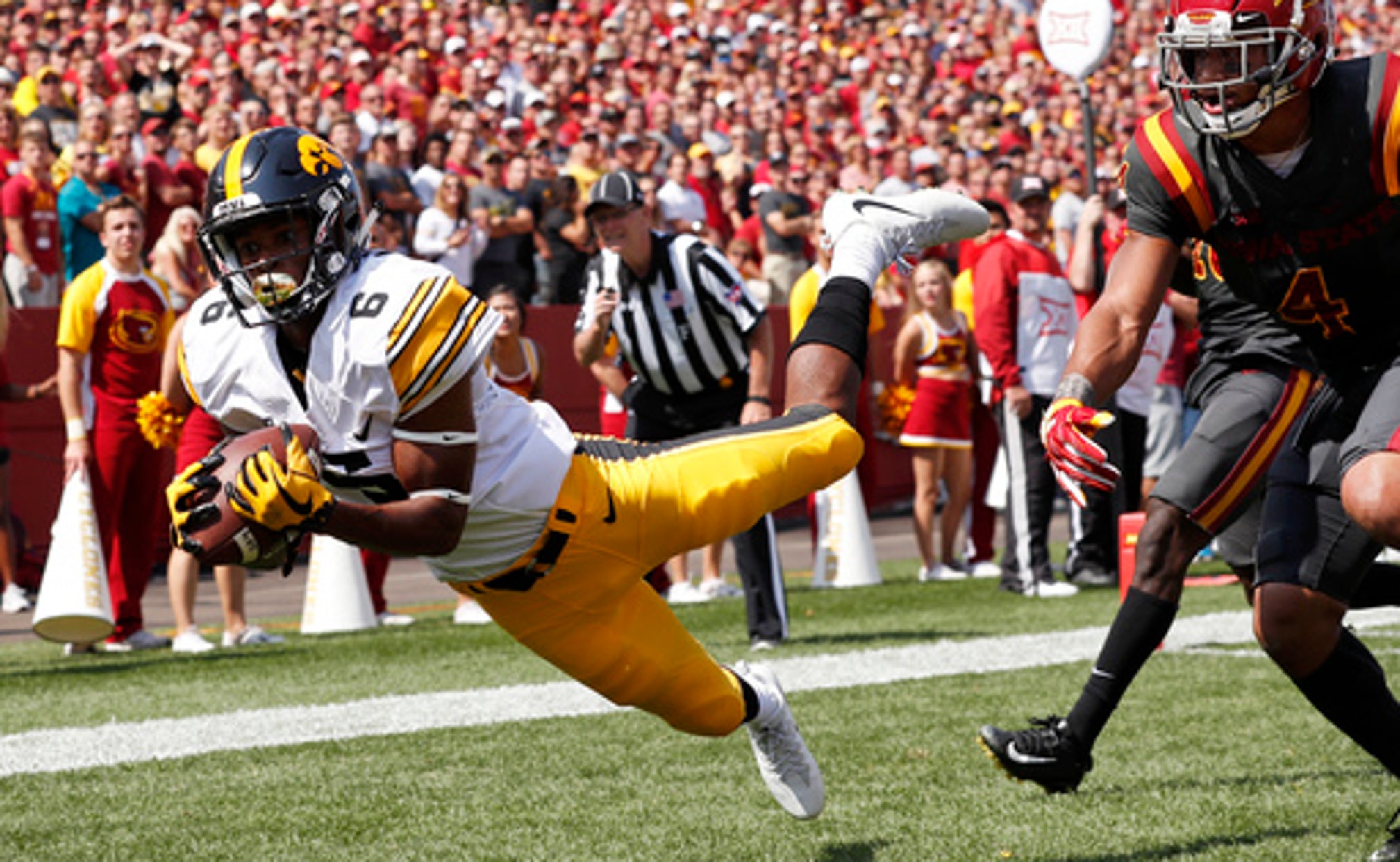 IOWA CITY, Iowa (AP) It's difficult to overstate just how inept Iowa's passing game had become by the end of last season.

Last weekend's win at Iowa State showed that the Hawkeyes (2-0) might finally be dangerous through the air again. Sophomore Nate Stanley leads the Big Ten in passing touchdowns (eight) and is tied for third nationally after he threw five of them in a 44-41 overtime victory over the Cyclones.

Stanley's growth, combined with the emergence of first-year receivers Nick Easley and Ihmir Smith-Marsette, have given Iowa reasons for optimism with Big Ten play approaching. The Hawkeyes host North Texas (1-1) in their final non-conference game on Saturday.

''I think we have a chance to have some balance. But we're hardly out of the woods,'' Iowa coach Kirk Ferentz said. Stanley ''looked a lot more comfortable out there....he made some beautiful throws and the guys helped him out.''

Iowa finished 118th out of 128 teams nationally in passing offense a year ago despite having a quarterback, C.J. Beathard, that was talented enough to be drafted in the third round by San Francisco.

A new coordinator in Brian Ferentz, a new signal caller and a host of new receivers have the Hawkeyes trending in the right direction.

Stanley wasn't asked to do too much in his first start, finishing just 8 of 15 for 125 yards against Wyoming.

Against Iowa State, the Hawkeyes were forced to turn to their young quarterback after they fell behind by 10 in the second half.

Stanley was brilliant in his first big test, finishing with 333 yards and becoming the first Iowa quarterback in 30 years with over 300 yards passing and five TDs in one game.

''He showed that he can be the great leader that he is. He never complains. He never whines. He never yells at a player if he drops a pass,'' said star running back Akrum Wadley, who took a short pass from Stanley 46 yards for a touchdown to force overtime last week. ''He's just always composed.''

Stanley's transition has been eased by the quick development of Easley, a junior college transfer who has emerged as Stanley's safety valve.

Easley has a team-high 11 catches for 125 yards and two TDs and is the first player under coach Kirk Ferentz, now in his 19th season, with touchdowns catches in each of his first two starts.

''You know he's always going to be in the right place at the right time,'' Stanley said. ''He's really reliable. Good hands, and obviously he can make some people miss when he gets the ball.''

Smith-Marsette, a freshman, made up for the fumble he lost on his first touch as a Hawkeye last week with a pair of TD catches, including the game-winner in OT.

Senior teammate James Butler lauded Smith-Marsette's maturity on Tuesday, and his speed and athleticism have been apparent ever since he showed up on campus.

''You could see that he was making moves that, not a lot of guys in (fall) camp could really run with him,'' Butler said. ''We knew he could play.''

Iowa has also gotten a boost from the return of senior Matt VandeBerg, who scored his first touchdown of the season last week, and Wadley showed how dangerous he can be in space on his game-tying touchdown.

The Hawkeyes will continue to lean heavily on Wadley in both the running and the passing game - but they might have more weapons than they originally realized.

''We'll try to balance that out a little bit, and there's no reason that we can't,'' Ferentz said of Wadley, who had 28 carries and caught four passes last week. ''We've got other guys who've done a really good job.''

What You Need to Know: Big Ten Begins
Here comes the Big Ten, featuring a top 25 matchup and the return of Justin Fields in its debut weekend.
6 hours ago