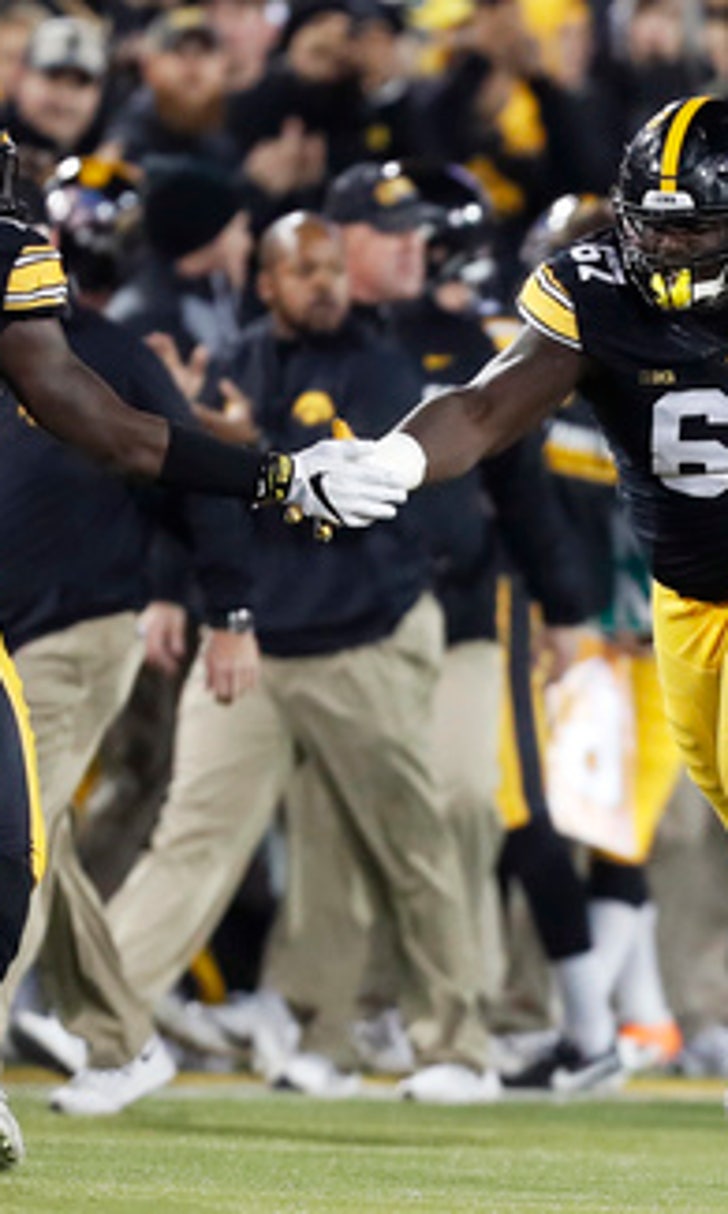 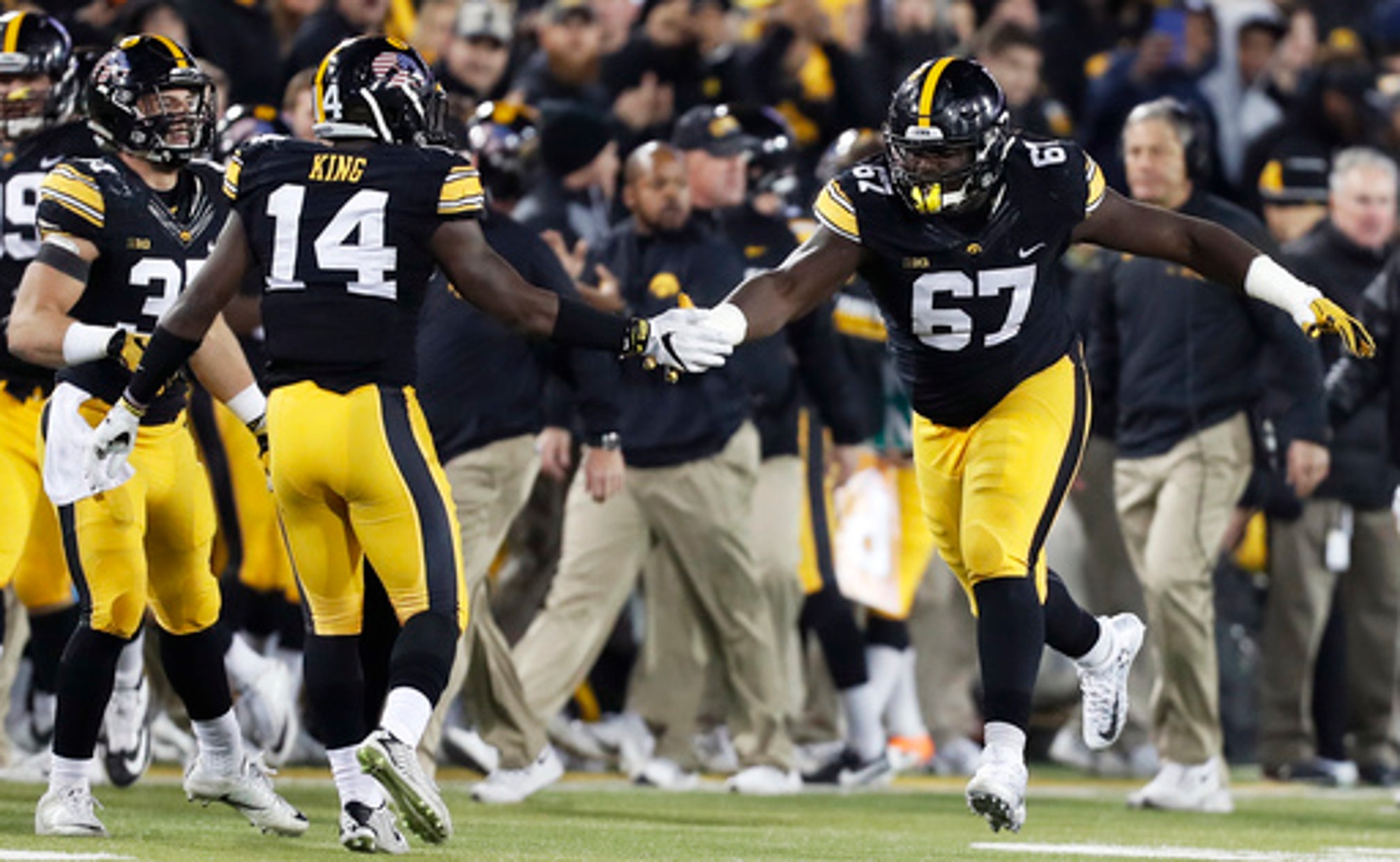 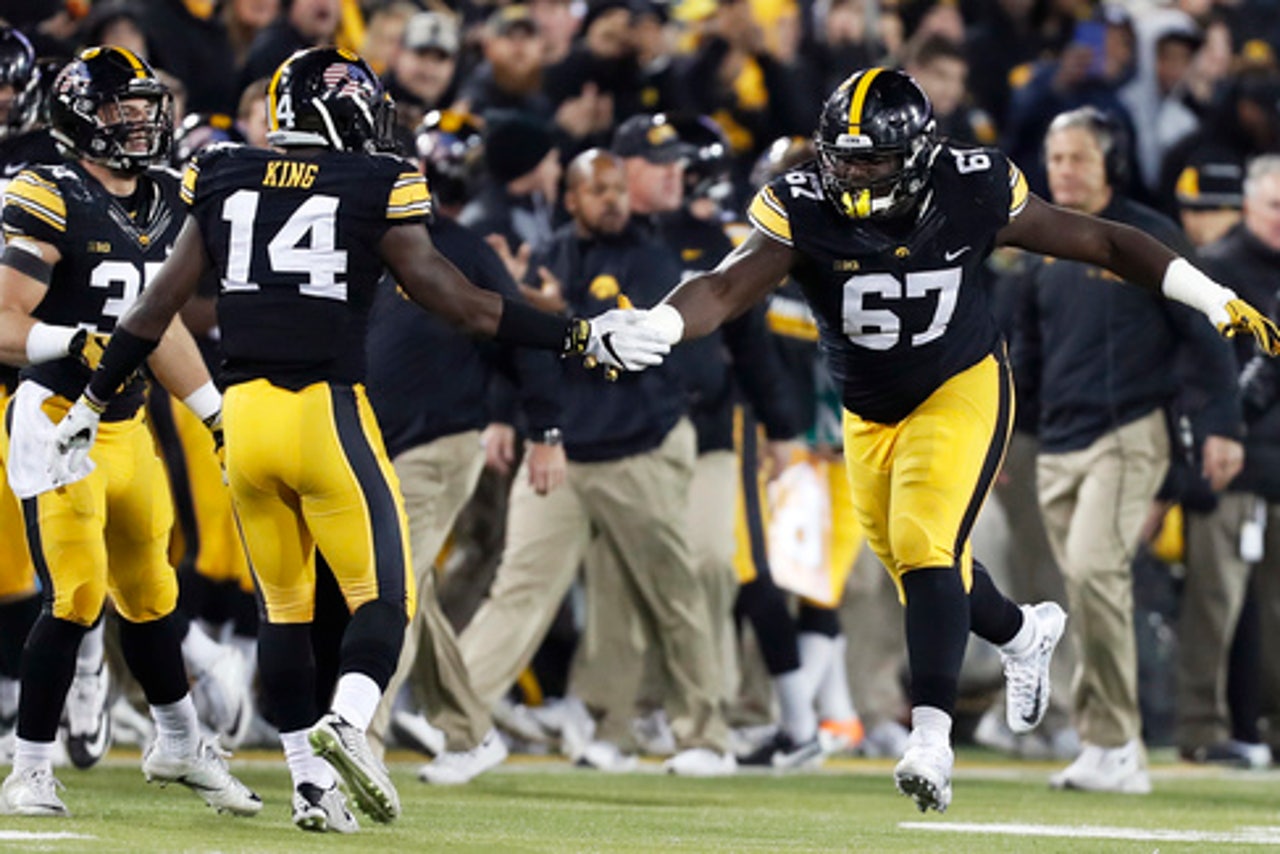 Michigan (9-1, 6-1, No. 3 CFP) appeared to have the game wrapped up on Channing Stribling's interception of Iowa quarterback C.J. Beathard with 1:54 left. But the Hawkeyes defense stuffed the Wolverines, and a facemask penalty put Iowa at Michigan's 36 with 1:23 to go.

Duncan then drilled the ball through the uprights from nearly the exact same spot where Daniel Murray hit the game-winner eight years ago to knock Penn State out of the national title picture.

But Michigan is still very much alive, in part because Clemson and Washington lost earlier in the day.

Wilton Speight threw for 103 yards with a pick for the Wolverines, who gained just 201 yards of offense.

Michigan: The Wolverines offense, ranked third in the country entering play, struggled mightily on a cold and windy night in Iowa City - where they had lost in each of their last three trips. Michigan's defense made up for it for much of the night, but a bad final series by its offense and a crushing penalty put Iowa in position to pull off the massive upset.

Iowa: After three straight homes losses and a 41-14 defeat at Penn State last week, the Hawkeyes redeemed themselves. The defense looked like the one that was expected to help the Hawkeyes compete for a second straight Big Ten title, and the offense did just enough to give the program a win it sorely needed after weeks of listless play.

Michigan closes out its home schedule against Indiana, its final tuneup for what should be yet another massive showdown with rival Ohio State.

Iowa travels to face Illinois in its last road game of 2016. The Hawkeyes are 3-1 on the road.