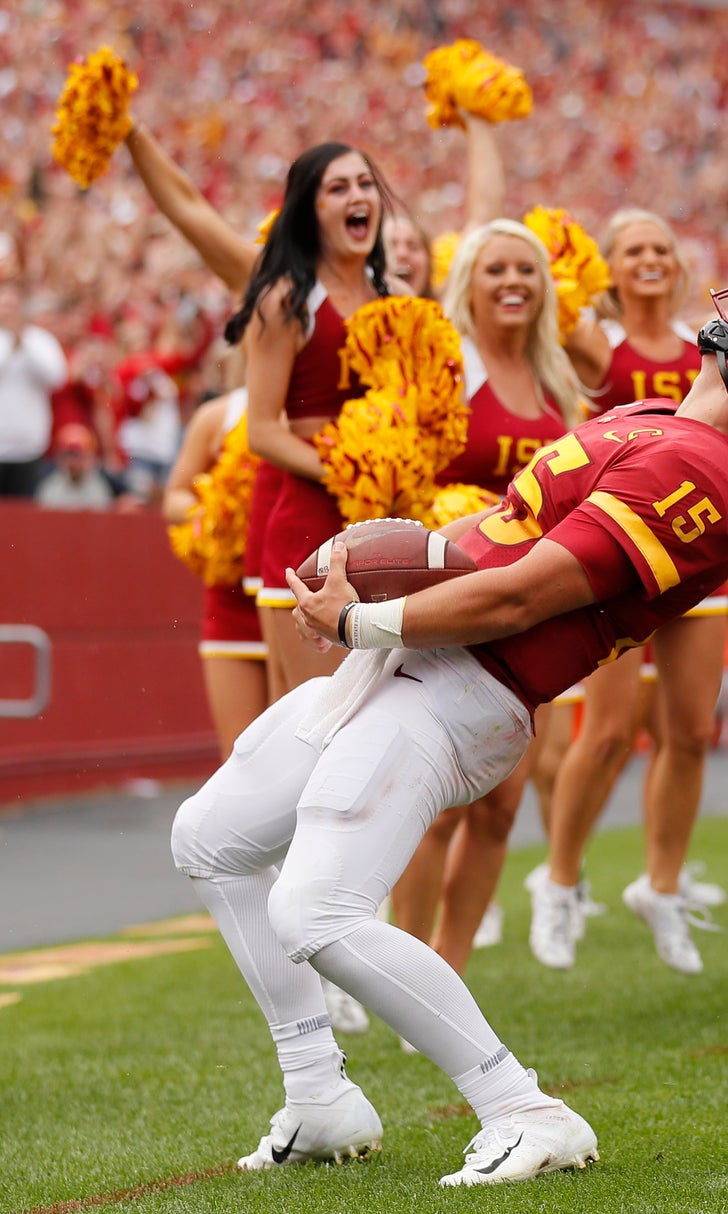 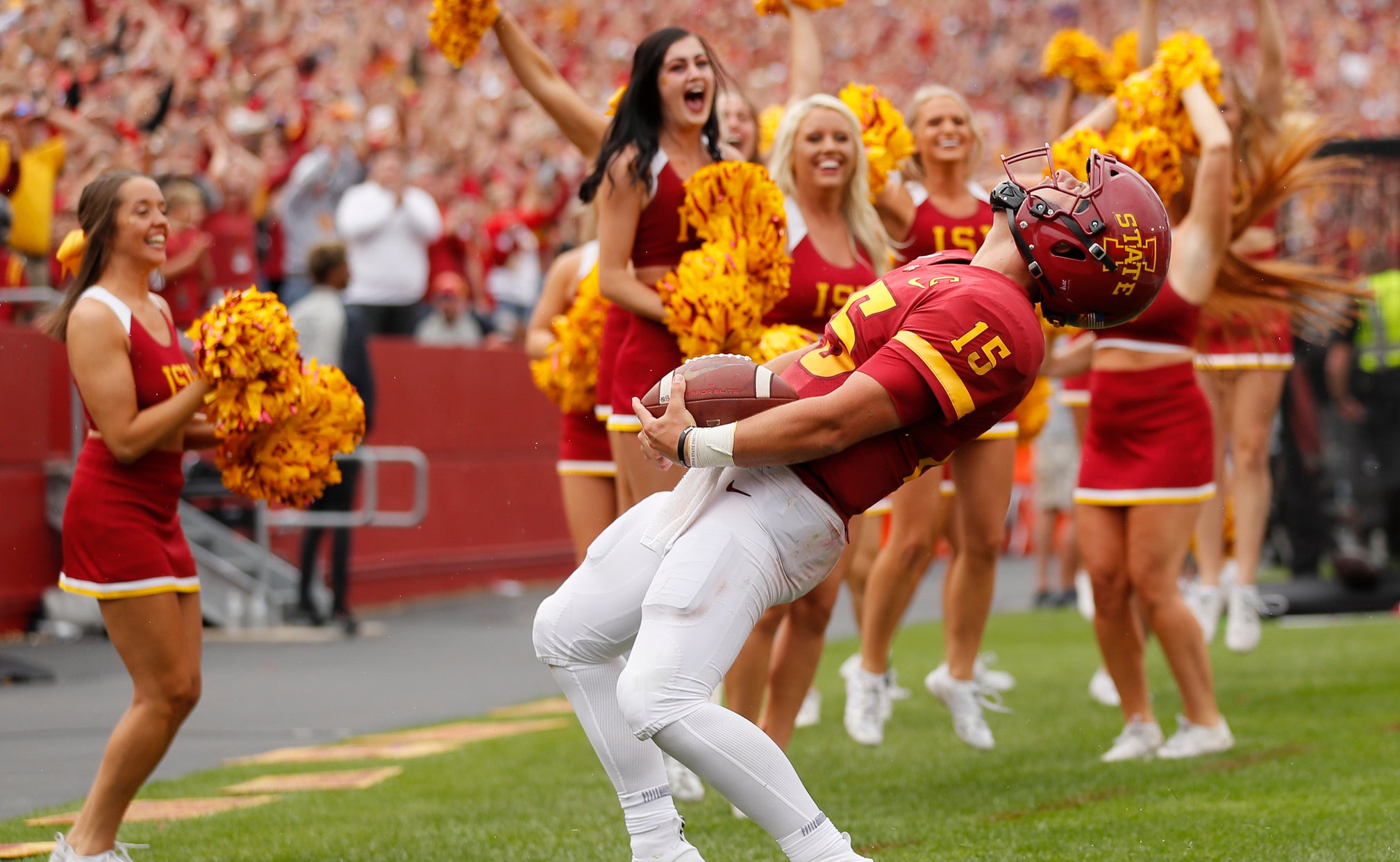 Iowa State seeking progress on offense with No. 19 Iowa next

AMES, Iowa (AP) — Iowa State entered this season with more hype than ever before and then almost lost to Northern Iowa in the opener.

The Cyclones know they will need to be much better to knock off No. 19 Iowa on Saturday.

Iowa State, fresh off a fortuitous bye week, struggled to move the ball against the Panthers in their first game without departed stars Hakeem Butler and David Montgomery on Aug 31. The Cyclones (1-0) needed three overtimes — and a heads up play by quarterback Brock Purdy to recover a fumble near the goal line in OT — to beat their FCS foe, 29-26.

"Their safeties are playing 25 yards deep, and manufacturing big plays (is) a challenge," Cyclones coach Matt Campbell said of the Panthers. "With a team like that, what you've got to do is manufacture the flow of the game. At times, we did a great job of that. You know, take what the defense gives you. And there were other times where we didn't do a great job of that. Whether it was a penalty here or a penalty there, it kind of gets you off track."

Perhaps the most surprising aspect of Iowa State's opener was that Purdy, who carried the ball 100 times as a freshman, was not a factor in the rushing attack. His decision not to scramble led some fans to speculate he might hiding an injury, and Purdy even joked that he's had students come up to him on campus asking "Dude, are you all right?"

Purdy said he's fine: He was just trying to play it safe against the Panthers.

"It just depends on the team and the situation, and knowing that it's a long season," Purdy said. "The first game, you've just got to be smart with things like that. So, that's what was going through my mind ... trying to stay in the pocket rather than trying to run all the time."

One positive that came out of the opener was the chemistry between Purdy and senior receiver Deshaunte Jones.

Purdy connected with Jones 14 times for 126 yards, with Jones falling just two grabs shy of tying the school record. Jones is nearly a third of the way toward matching his total of 43 catches from a year ago.

Jones might not be the deep threat that Butler was, but he earned Purdy's faith as a go-to guy.

"There's a great trust between those two," Campbell said of Purdy and Jones. "In critical moments and in critical times, those two believe in each other."

Notes: Campbell said center Colin Newell (sprained knee) is questionable for Saturday's game but that running back Kene Nwangwu (shoulder) is expected to play. Nwangwu had four carries for 30 yards and is one of five backs fighting for playing time at Iowa State's most unsettled position.