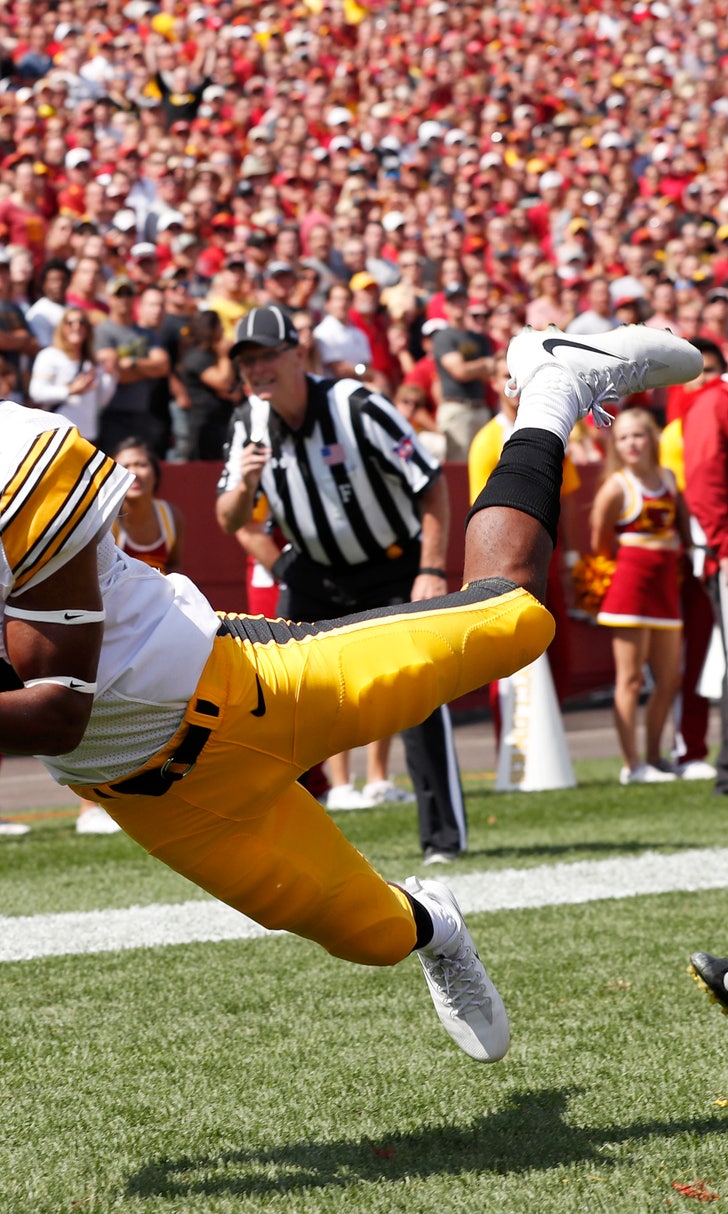 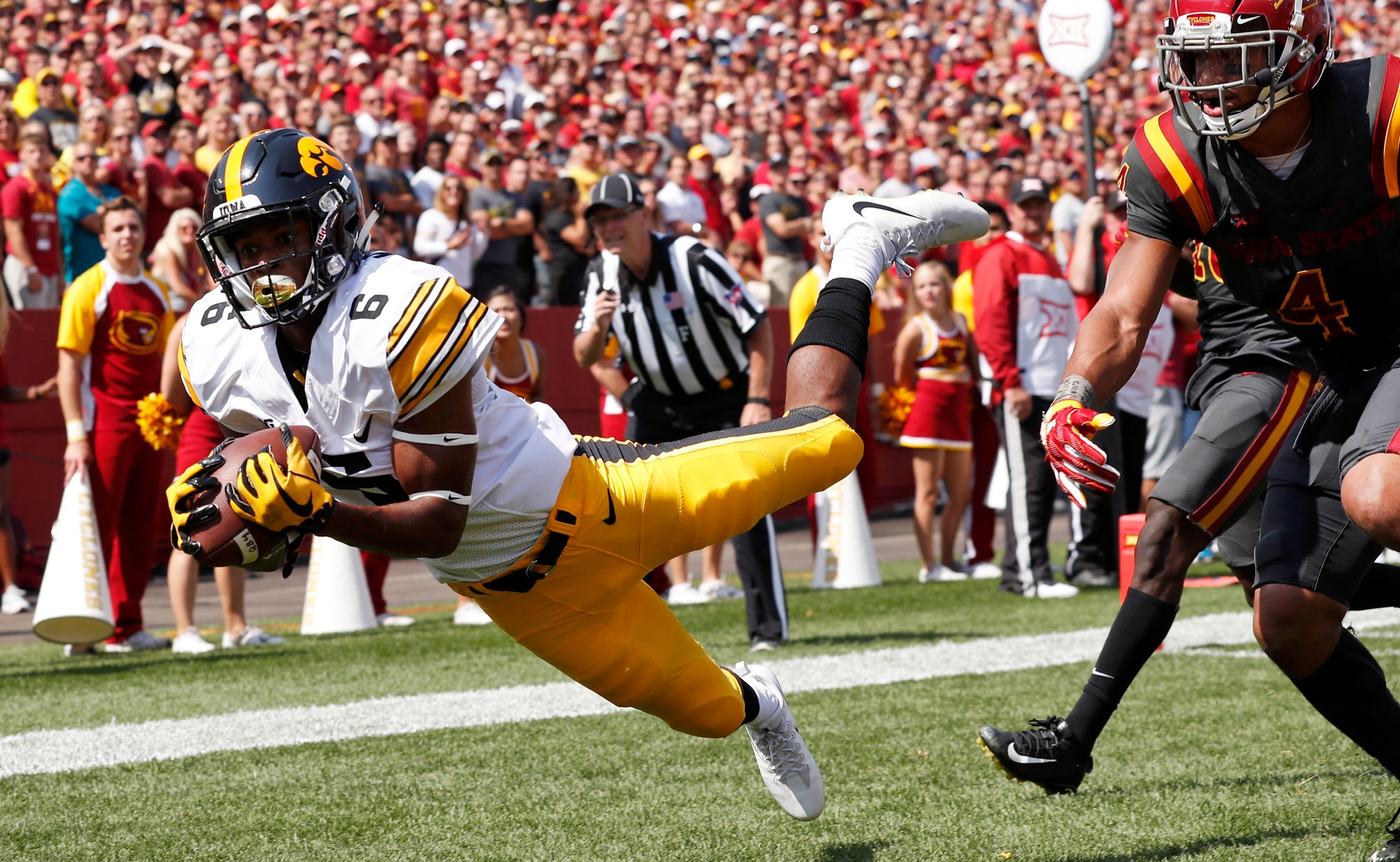 previous story
To slow flow of grad transfers, NCAA could constrain schools
next story
2026 MLB All-Star Game will be in Philadelphia

Iowa revamps passing game with Hockenson, Fant off to NFL

IOWA CITY, Iowa (AP) — Two of the best tight ends in Iowa history have left for the NFL. The Hawkeyes might finally have the wide receivers it needs to revamp its offense.

With T.J. Hockenson and Noah Fant expected to be taken in the first round of next week's draft, Iowa (9-4 in 2018) has started adjusting its attack to be more inclusive of its receivers in spring practice. There should be plenty of eager hands after Hockenson and Fant combined to catch 88 passes for 1,279 yards and 13 touchdowns last season.

"I feel (like) there are more targets to the receivers," junior receiver Brandon Smith said. 'Just knowing that you're getting more targets and possibly producing more, it gets you pretty excited."

But the Hawkeyes will need more than those two to contribute as wide receivers, and redshirt freshman Tyrone Tracy and Nico Ragaini have emerged as potential threats in spring workouts. Tracy was the Gatorade Player of the Year in Indiana in 2017, and Ragaini broke the state record in Connecticut with 222 catches in high school.

They've "made the biggest strides," said receivers coach Kelton Copeland. "They've done a great job of just taking the lead on the field (and in) meetings. You don't really see that from young guys."

Smith praised Tracy, a redshirt freshman, for his ability to fit in at any of Iowa's receiving positions. Safety Geno Stone said Ragaini has been tougher to play against as a slot receiver this spring than Nick Easley, who led the Hawkeyes with 52 catches as a senior.

"He's quick off the line of scrimmage. He has really good hands too," Stone said of Ragaini. "He's hard to guard, to be honest."

The Hawkeyes have long used multiple tight-end sets in both running and passing situations and they will need replacements for Hockenson and Fant.

"Those guys were incredible football players. They've moved on to bigger and better things," said Nate Wieting, who along with Shaun Beyer is a front-runner for a starting spot. "So now the challenge is, how can we get better individually, as a unit and as a group?"

Nate Stanley is preparing for his third season as the starter at quarterback. Behind him, Peyton Mansell, a spread quarterback from Texas transitioning to Iowa's pro-style attack, held the edge over 6-foot-5 Spencer Petras a year ago. But Petras, 19, is a fascinating prospect, having thrown 50 touchdown passes against just two picks as a senior at Marin Catholic, the same school that produced Los Angeles Rams starter Jared Goff.

"It's back and forth, up and down the entire time," quarterbacks coach Ken O'Keefe said. "It may not get decided until after preseason, in the fall."