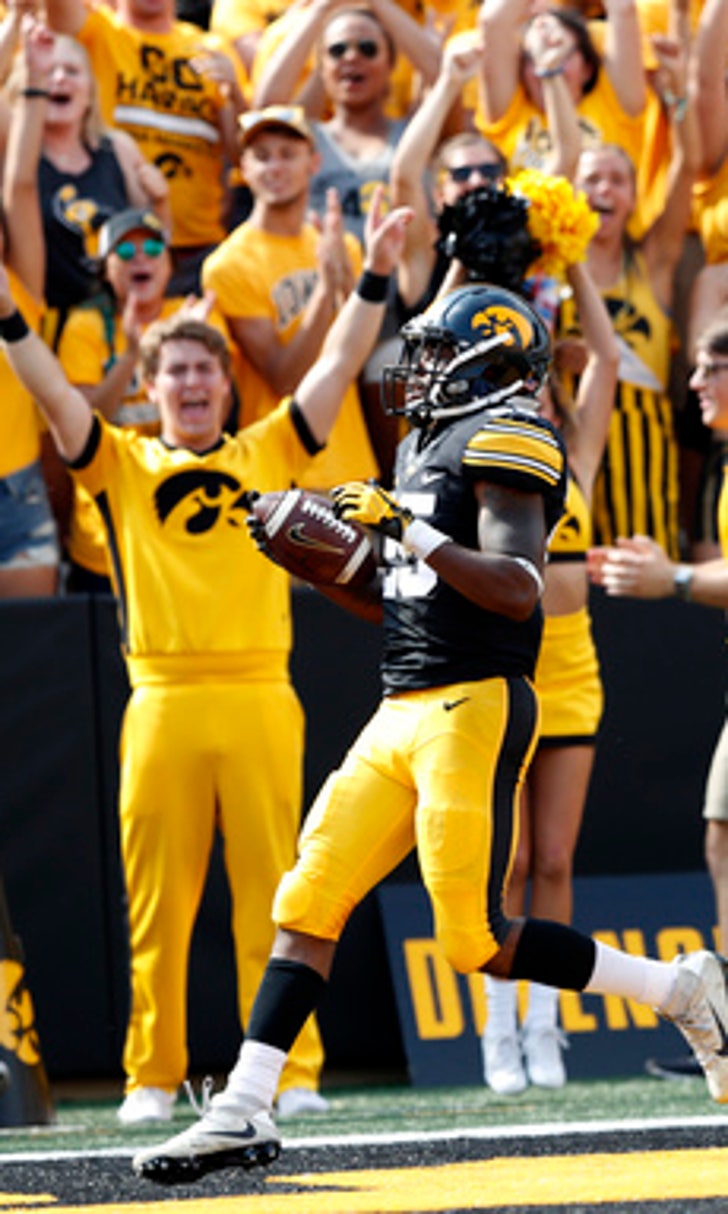 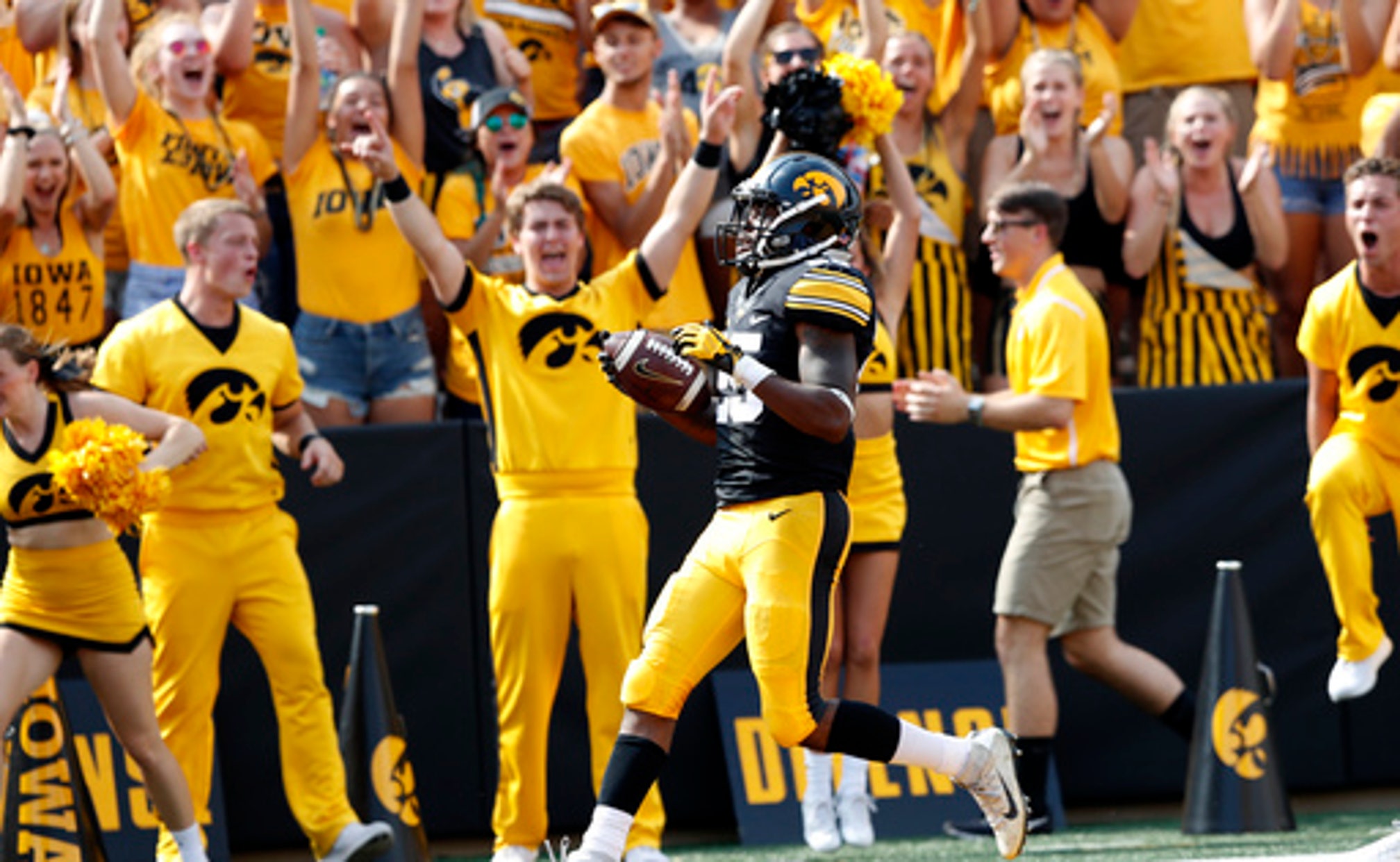 Nate Stanley threw for 197 yards and a pair of touchdowns and Iowa overwhelmed North Texas 31-14 on Saturday.

Freshman Ivory Kelly-Martin added 74 yards rushing and two TDs for the Hawkeyes (3-0), who played most of the second half without running backs Akrum Wadley and James Butler.

Iowa coach Kirk Ferentz said Wadley's undisclosed right leg issue isn't ''anything serious'' and that Butler had an ''elbow issue'' and will be day-to-day.

''There was nothing easy out there,'' Ferentz said. ''This team has been resilient.''

Iowa pulled ahead 17-14 on a 23-yard TD pass from Stanley to Noah Fant - on fourth down and 5 - late in the third quarter. Kelly-Martin added a 2-yard touchdown, the first of his career, with 8:16 left to cap a drive that covered 87 yards and burned nearly nine minutes.

But the Hawkeyes will be left to hope that Wadley and Butler won't miss extended time. Wadley and Butler, a Nevada transfer, entered 2017 as the only duo in the country to each rush for over 1,000 yards last season.

Mason Fine threw for 167 yards for North Texas (1-2), which dropped its second straight. Iowa's defense held the Mean Green to just 93 yards and zero points in the second half.

''It was more an attitude thing,'' said Iowa end Parker Hesse about Iowa's improvement in the second half. ''We made the plays when it counted.''

IOWA: Though the final score wasn't close, this wasn't how the Hawkeyes wanted to look with No. 5 Penn State coming to town next week. A fumble and a premature celebration by Wadley cost Iowa a pair of touchdowns, and a rash of penalties helped North Texas score and take the lead at halftime. Still, the Hawkeyes defense pitched a shutout in the second half and their running game showed promise even without Wadley or Butler.

NORTH TEXAS: After getting embarrassed by instate rival SMU, the Mean Green responded by scaring Iowa for about 50 minutes. Fine proved to be a handful at times for Iowa's defense, as was Jeffrey Wilson on a 41-yard touchdown run in the first quarter. If North Texas can play like this in Conference USA, a bowl trip isn't out of the question.

Kelly-Martin and fellow freshman Toren Young looked good in their first extended action as replacements for Wadley and Butler. Young rushed for 78 yards on 19 attempts and Kelly-Martin - who Wadley has raved about more than once - averaged 6.7 yards per carry. Kelly-Martin was the first true freshman since Marcus Coker in 2010 with at least two TD runs in a single game. ''Both of those guys have really practiced well...they sure did a lot of god things and gave us some juice in the second half,'' Ferentz said.

As crazy as this game was at times, Iowa, which entered play as a 22-point favorite, reached the North Texas 2 on its final drive. But Ferentz opted to take a knee, ensuring that anyone who bet on the Mean Green would walk away a winner.

What You Need to Know: Big Ten Begins
Here comes the Big Ten, featuring a top 25 matchup and the return of Justin Fields in its debut weekend.
19 hours ago