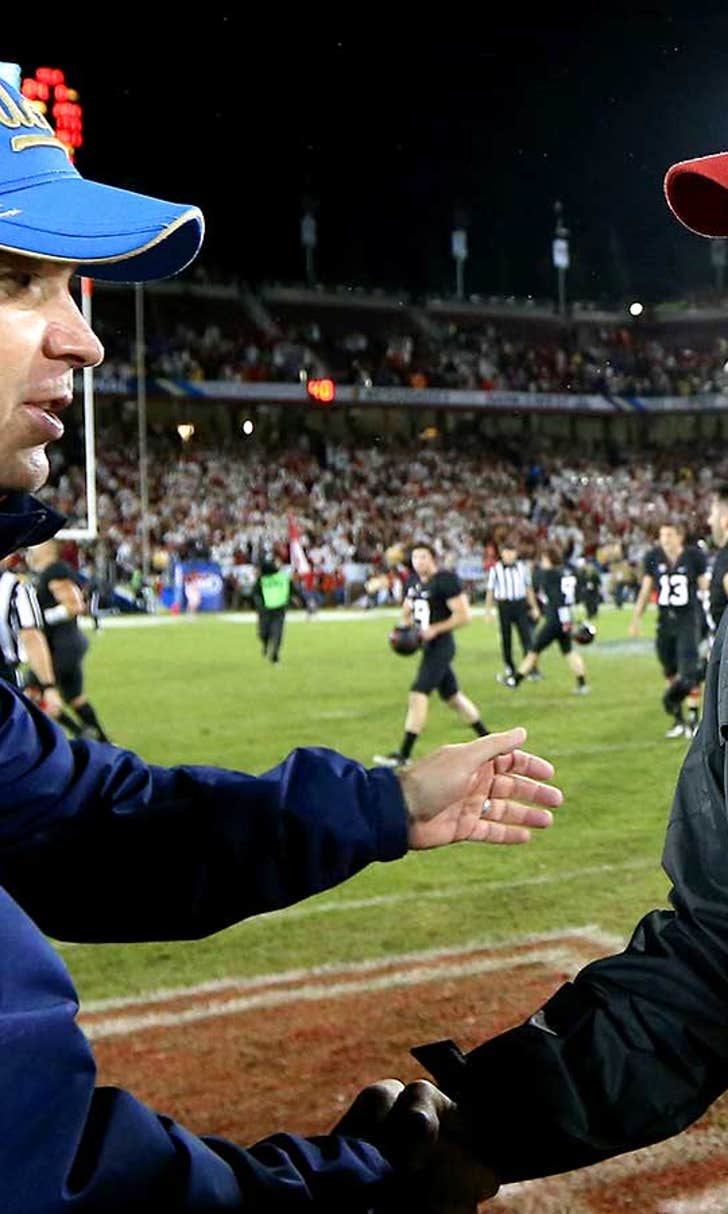 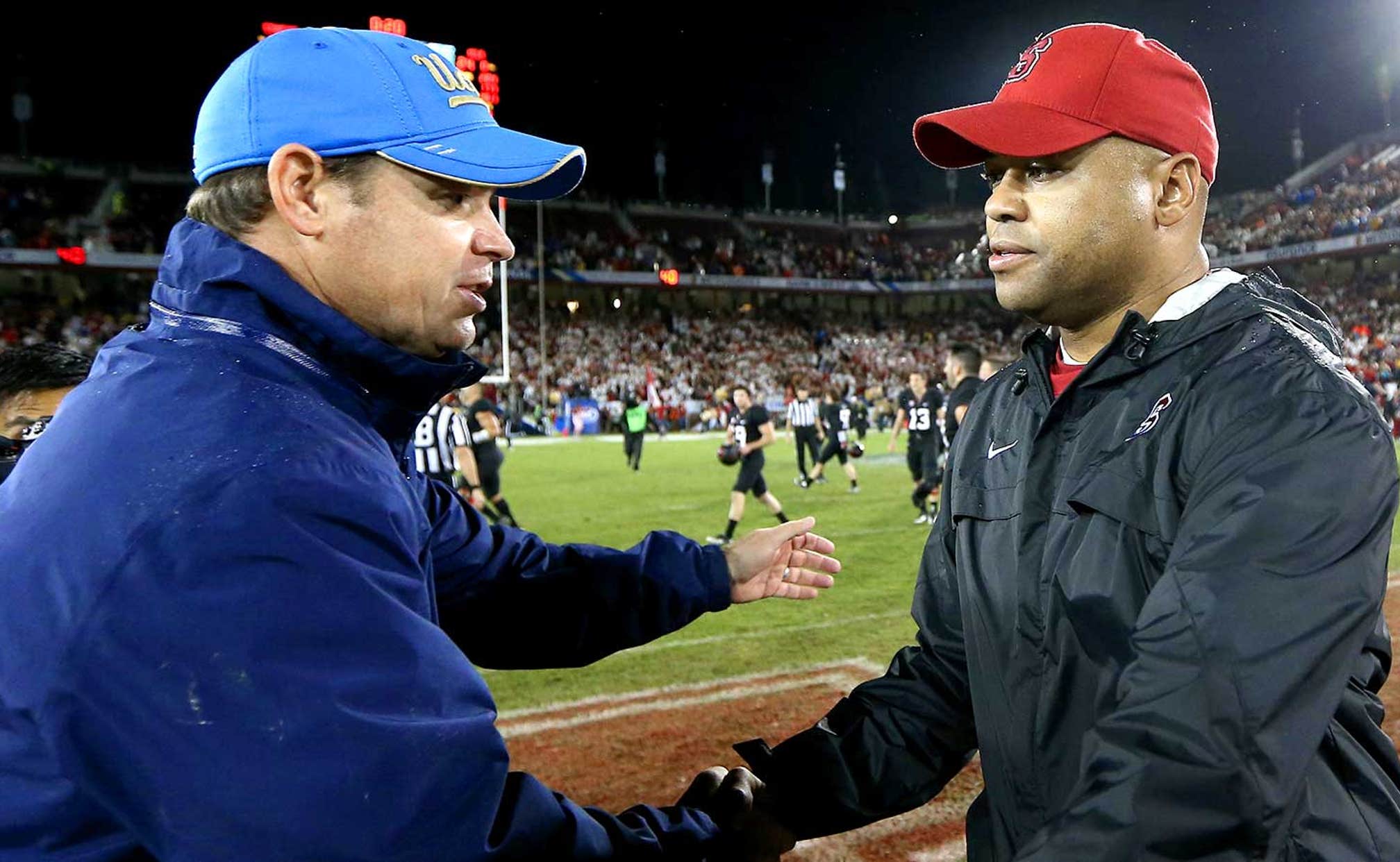 If not for Stanford losses, Mora's record at UCLA would be insane 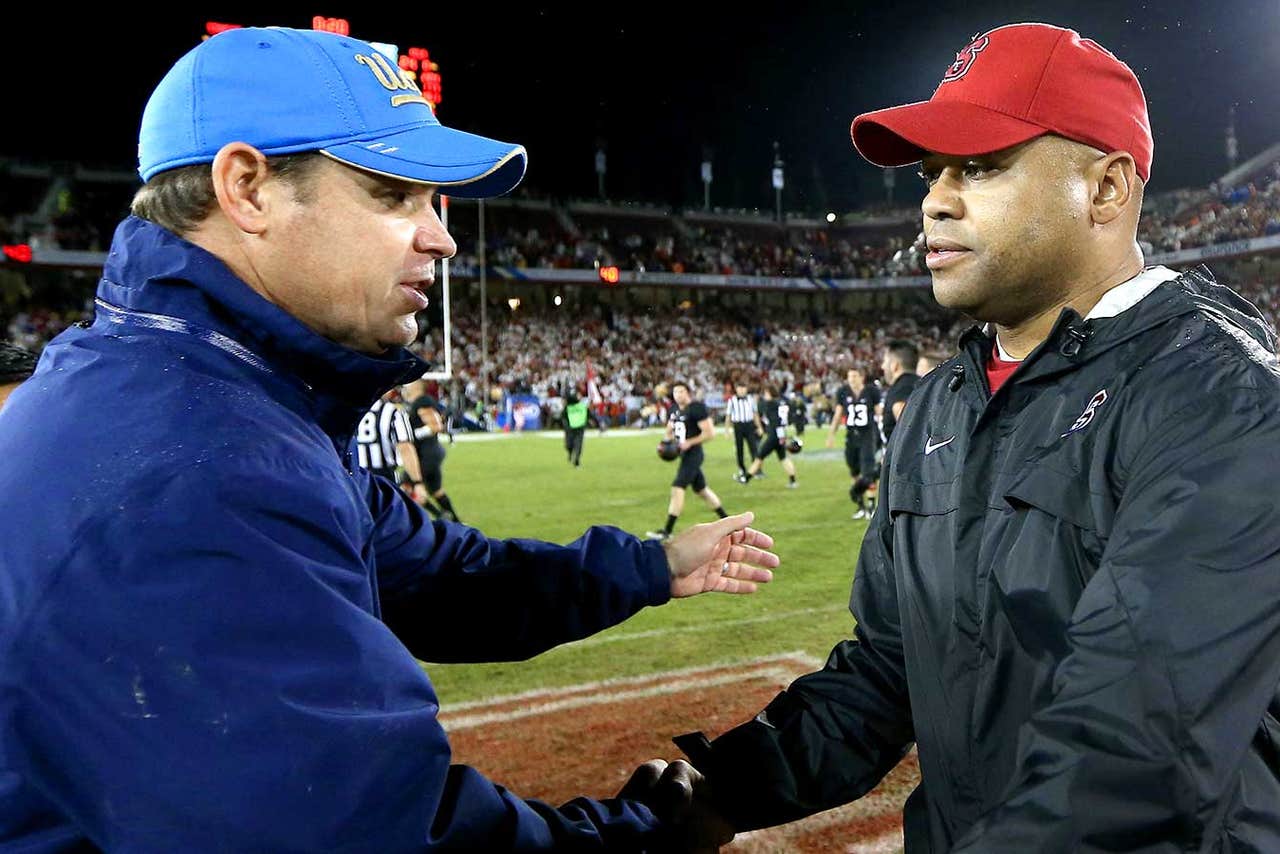 UCLA head coach Jim Mora has helped the Bruins evolve into one of the more dominant programs in the Pac-12, but Stanford remains an Achilles heel.

According to ESPN.com, Mora has won 80.5% (33-8) of all games coaches at UCLA -- if you don't count his losses vs. Stanford. In fact, as ESPN's Bonagura observes, Stanford has accounted for a whopping 33% of all UCLA losses since the Jim Mora Era began for the Bruins.

"Most of the guys that have played in those games are not on either team," said Stanford coach David Shaw. "The big thing is where both teams are now and what both teams are trying to accomplish."

Mora enters Thursday's match vs. Stanford with an 0-4 record against the Cardinal since taking over as UCLA head coach.

Can Stanford continue run of dominance against UCLA? http://t.co/OF3K9OEvUt