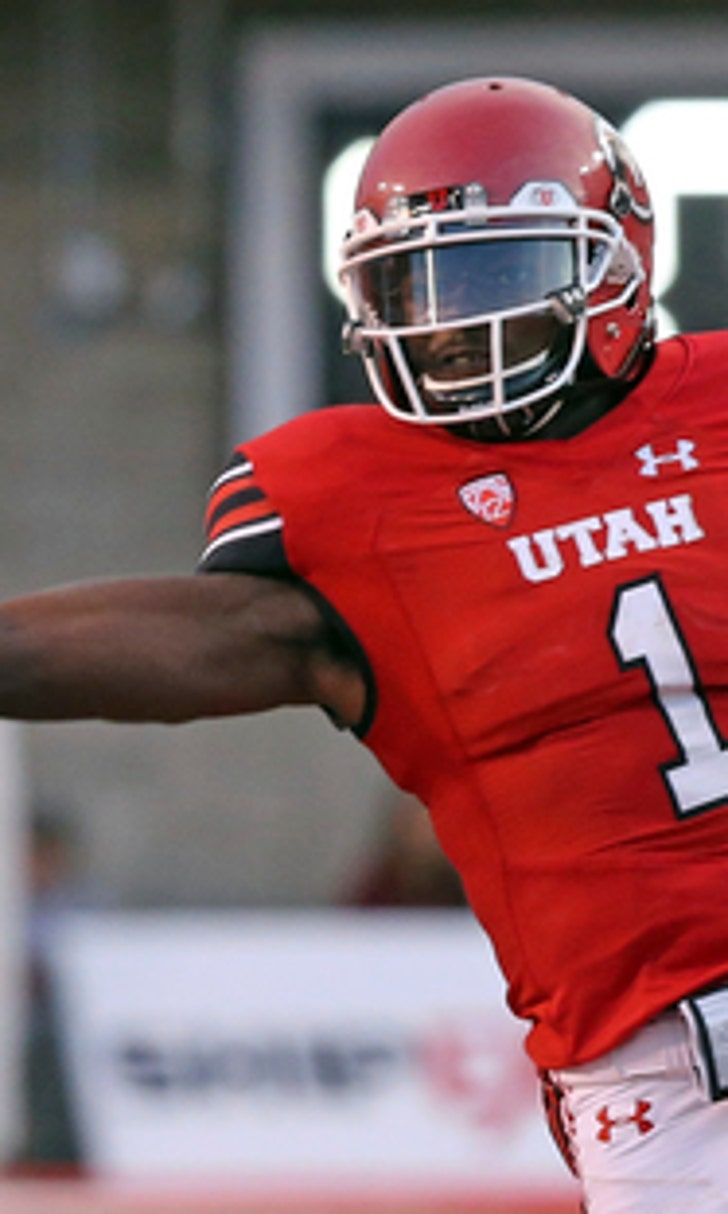 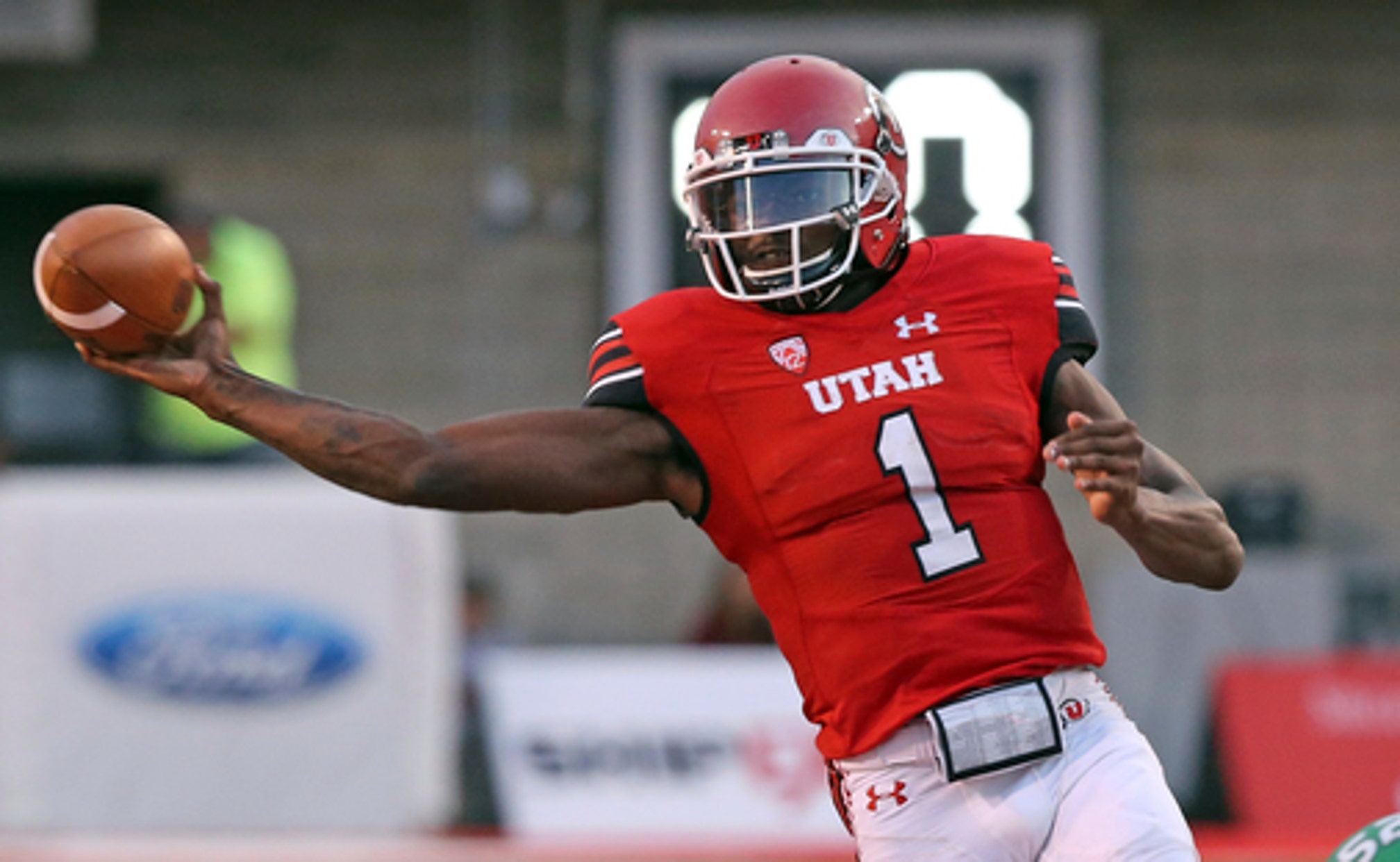 SALT LAKE CITY (AP) There was a moment of terror for Utah fans Saturday as their worst fears came to life. Sophomore quarterback Tyler Huntley, making his first start, threw an interception to end the first drive of the game on Utah's own 24-yard line.

Huntley's dual-threat ability helped win the job over returning starter and two-time captain Troy Williams, but accuracy and running the offense was an issue in 2016. And there he was with an interception on his third attempt of the game deep in Utah's territory.

The Utes, however, didn't panic because the quarterback didn't. They went onto a 37-16 victory over FCS North Dakota.

''Nothing phases him,'' receiver Darren Carrington said. ''He came right to the sideline and was like, `That play's over with. We're about to go score on the next drive.' It's like it didn't even happen.

''That's definitely what you want in a quarterback.''

Huntley bounced back and showed flashes of why first-year offensive coordinator picked the youngster to lead his fast-paced, pass-first, spread scheme. He threw for 227 yards and a touchdown and ran for 70 yards and two touchdowns. Defenders had to respect the option, which helped Zack Moss get 128 yards rushing and a touchdown. Huntley also connected with Carrington early and often for 10 receptions, 127 yards and a touchdown.

But there were moments where Huntley reverted to bad habits, particularly during that first drive. The first call was a pass, but Huntley bailed early and was brought down for a two-yard loss. Then the interception was thrown into coverage.

''Maybe pressing a little bit early,'' Utah coach Kyle Whittingham said. ''But other than that, he settled in and played very well relative to his first start as a (Power 5) quarterback.

''What you saw after those couple series is what he's all about. ... He's going to get better and better as the season wears on as he gets more comfortable and more settled in.''

Starting faster is what Huntley is focused on this week against rival BYU and he believes that's more of a mental thing than physical. He dismissed any notion of nerves being an issue and said it was just a matter of knocking the dust off after not starting a game since high school in 2015.

''We're going to come out fast and execute fast, that's the biggest thing,'' Huntley said. ''It's just a mindset. You can't go out there worried or nothing. You've just got to go out there and perform and execute the plays that are presented to you. That's coming out strong.''

Whittingham noted the team had less live hitting during the preseason than he can ever remember. So there was some early adjustment just getting that feel of all-out football under the lights again.

Huntley finished with a 71.9 completion percentage, but also left some plays on the field. He had Carrington open for a 30-yard touchdown on the second drive of the game, but simply missed.

Those are the early moments Utah wants to capitalize on against BYU.

''We were just anxious to hit somebody out there,'' Carrington said, ''and just to get the speed and the feel of the first game.''

A better start was the talking point on Monday, but there's bound to be some growing pains within a new offense. Utah opened the season with new starters at quarterback, running back, three receiver spots and four of the five positions on the offensive line.

The Utes also kept the calls more basic against a FCS program than what's expected the rest of season.

The Utes will face a bigger test on the road against BYU. The Cougars (1-1) were on the wrong end of a lopsided 27-0 loss to No. 13 LSU, but the defense has been the bright spot. It has allowed an average of 158.5 passing yards in the first two games.

''Our defense is nice because we rely on speed,'' BYU linebacker Matt Hadley said. ''We have gotten as big and strong as we can, but we are also fast.''

Justin Fields is Ready for His Endgame
The Buckeyes' QB fought to play this season, and he is on a mission to end it as the best in the land, RJ Young writes.
4 hours ago

'Paul Bunyan' Battle Highlights Weekend
While Michigan looks toward CFP contention out of the Big Ten, Michigan State is looking to rebound from an ugly loss.
13 hours ago

Urban Meyer Breaks Down Ohio State
Ahead of a huge matchup with Penn State, Meyer joined Joel Klatt to analyze the state of the Buckeyes and college football.
17 hours ago 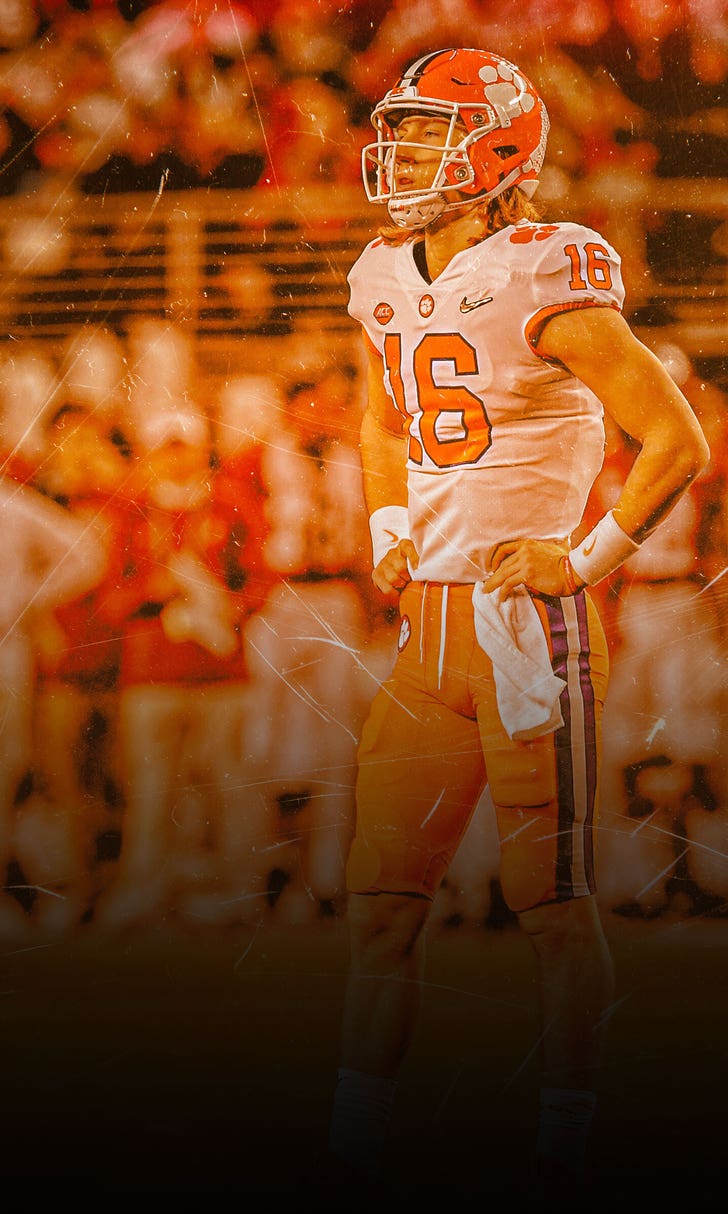 Lawrence Tests Positive For COVID-19
Trevor Lawrence must self-isolate for 10 days and will miss Clemson's matchup with Boston College on Saturday.
1 day ago
those were the latest stories
Want to see more?
View All Stories
Fox Sports™ and © 2020 Fox Media LLC and Fox Sports Interactive Media, LLC. All rights reserved. Use of this website (including any and all parts and components) constitutes your acceptance of these Terms of Use and Updated Privacy Policy. Advertising Choices. Do Not Sell my Personal Info