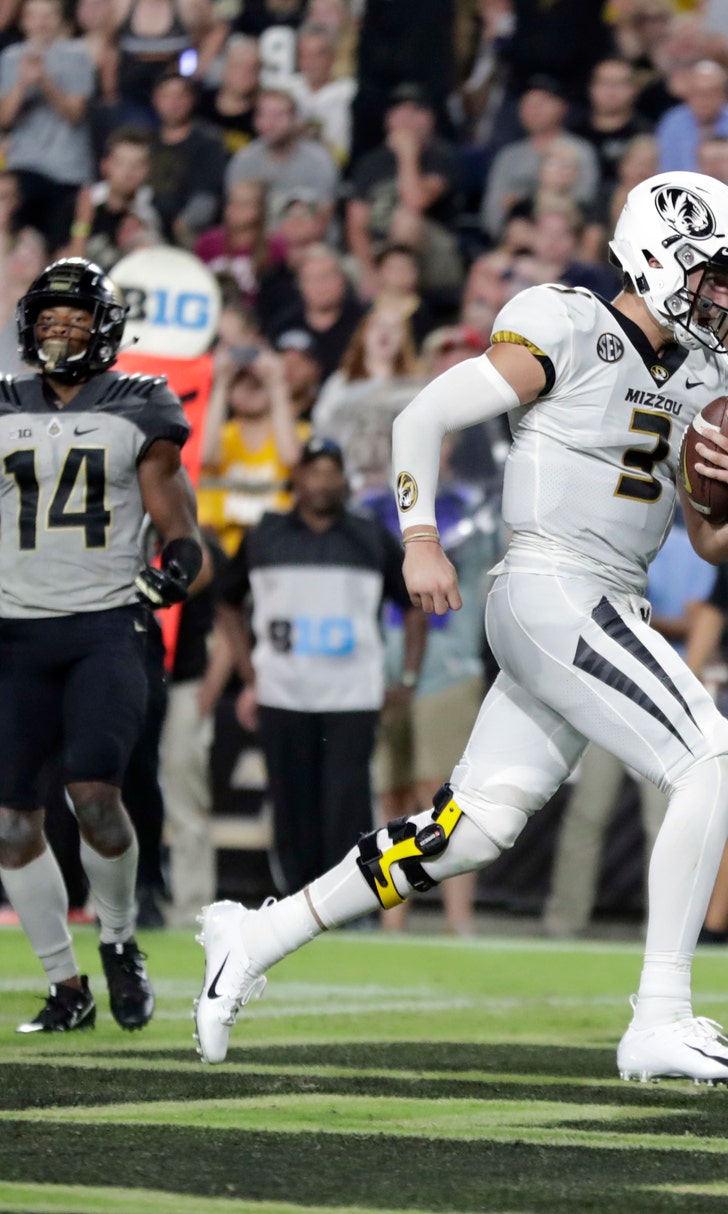 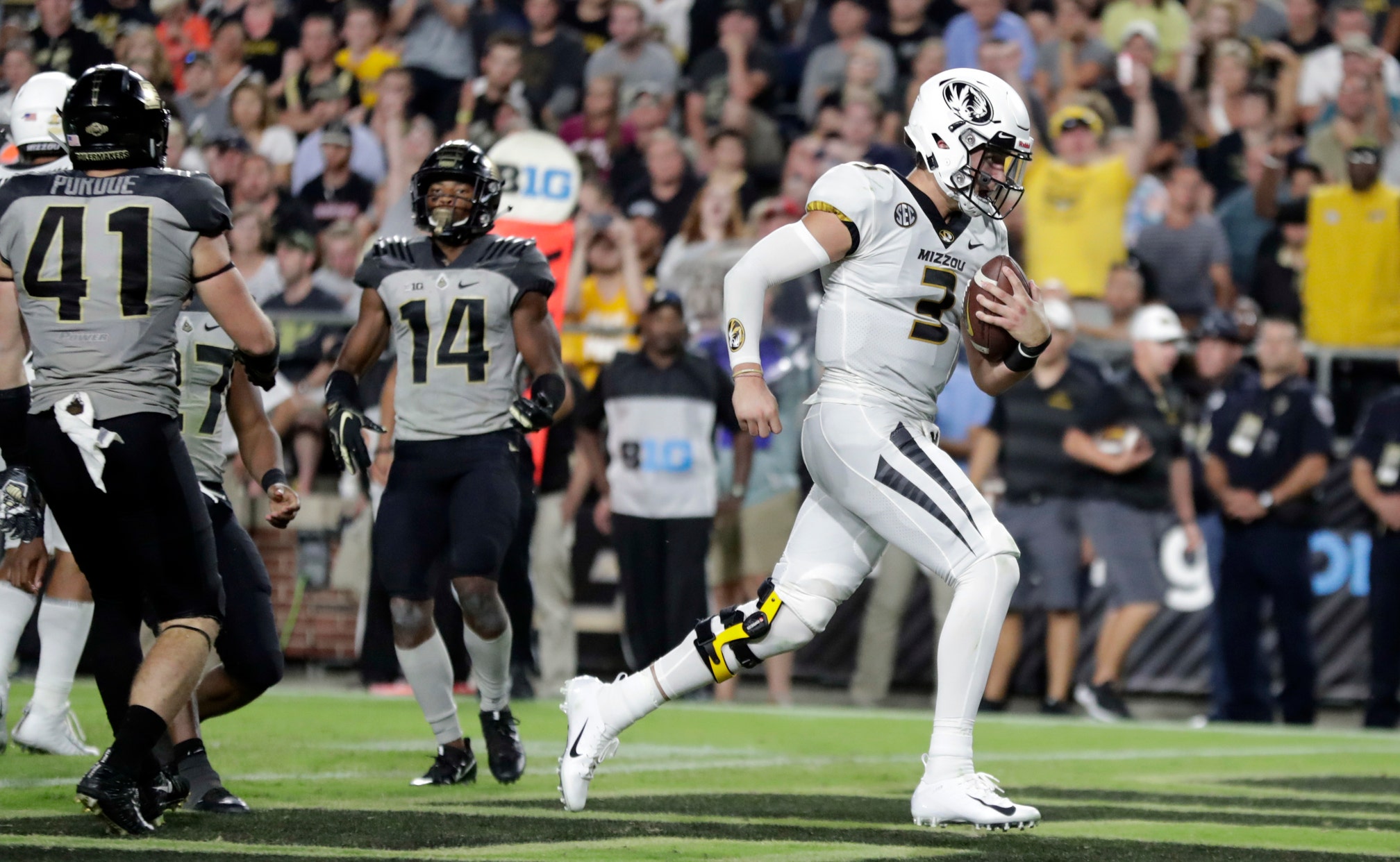 COLUMBIA, Mo. (AP) — As time was expiring in Missouri's duel with Purdue, Tucker McCann drilled a winning 25-yard field goal to move the Tigers to their first 3-0 start since 2015.

He probably wouldn't have had the chance without Drew Lock.

The senior quarterback has led the Tigers to at least 40 points in each game this season, including the 40-37 shootout win over the Boilermakers on Saturday. His completion percentage is up to 69 percent, and he has already thrown for 1,062 yards and 11 touchdowns with just one interception.

The talk of making a Heisman Trophy run is picking up steam.

But there's a new test coming Saturday, and a big one not only for Lock but also the Tigers: No. 2 Georgia is rolling into town, representing their toughest home game in recent years.

As impressive as the Tigers have been this season, the Bulldogs have looked better. Georgia faced an early road test in No. 24 South Carolina and throttled the Gamecocks 41-17, and outscored opponents Austin Peay and Middle Tennessee 94-7 in their two other games.

In other words, Lock will need to be at his best.

Lock certainly seems to be taking his success in stride, though. Take the interaction he had with a Boilermakers fan after last week's game as an example.

The Purdue student had printed a sign that showed Lock with a rather disparaging comment, and it wound up in the quarterback's hands. The original owner hung around the Missouri buses until the team came out of the locker room, and then accused Lock of stealing it — and asked for a selfie.

Lock not only obliged, he joked that he wanted to hang the sign on his wall.

The Bulldogs' defense probably isn't going to be as cordial. They're giving up just 158.3 passing yards per game, the second-lowest in college football, and opponents are averaging just 259 yards total.

"It's definitely the best defense we've played so far," Lock said. "They're extremely athletic in the secondary. They're not going to let you chuck it deep on them."

Georgia coach Kirby Smart is fully aware of the damage Lock can do.

"I don't know if his arm can get any stronger," Smart said. "He can make every throw. He's got as fast of a release as I've ever seen."

Lock won't have to do it alone, of course. Wide receiver Emanual Hall had 141 yards and two touchdowns against the Bulldogs last season, and the emergence of freshman Tyler Badie gives the Tigers three talented running backs and some balance to the offense.

"Obviously a premier quarterback in the country, a premier wideout in the country. They're really big. They've got massive tight ends," Smart said. "They're trying to run the ball and be more physical, and they've done that in their first games. They've got good backs. So our guys are excited for the opportunity."

The Bulldogs beat the Tigers last season, but that was mainly a function of the struggles of the Missouri defense. Lock threw for 253 yards and four touchdowns with one interception.

"That's why people come to play at Georgia," Bulldogs defensive back J.R. Reed said. "Drew Lock, who might be a first-round pick, that's always fun. I love the challenge."

Smart thinks Lock is getting better, too. And that could be what keeps the Tigers in the game.

"The biggest thing is his maturity level, his confidence. He's seen the coverages. He's seen the checks. He understands where he wants to go with the ball," Smart said. "You can tell they really work hard on it, and I think he's just more mature. I think anytime you play in this conference and you go to the venues he's gone to, to have three years under your belt or being in your third year, it makes it a lot more comforting. He throws the ball with purpose. And he puts them in the right play a lot