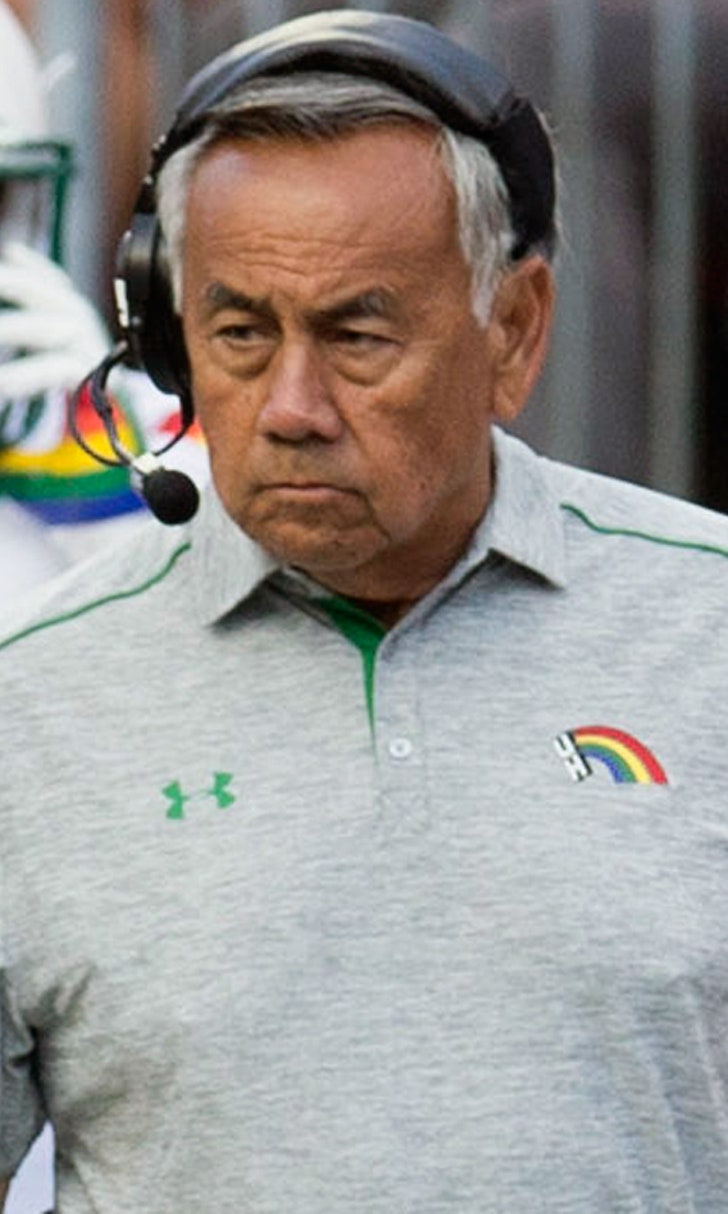 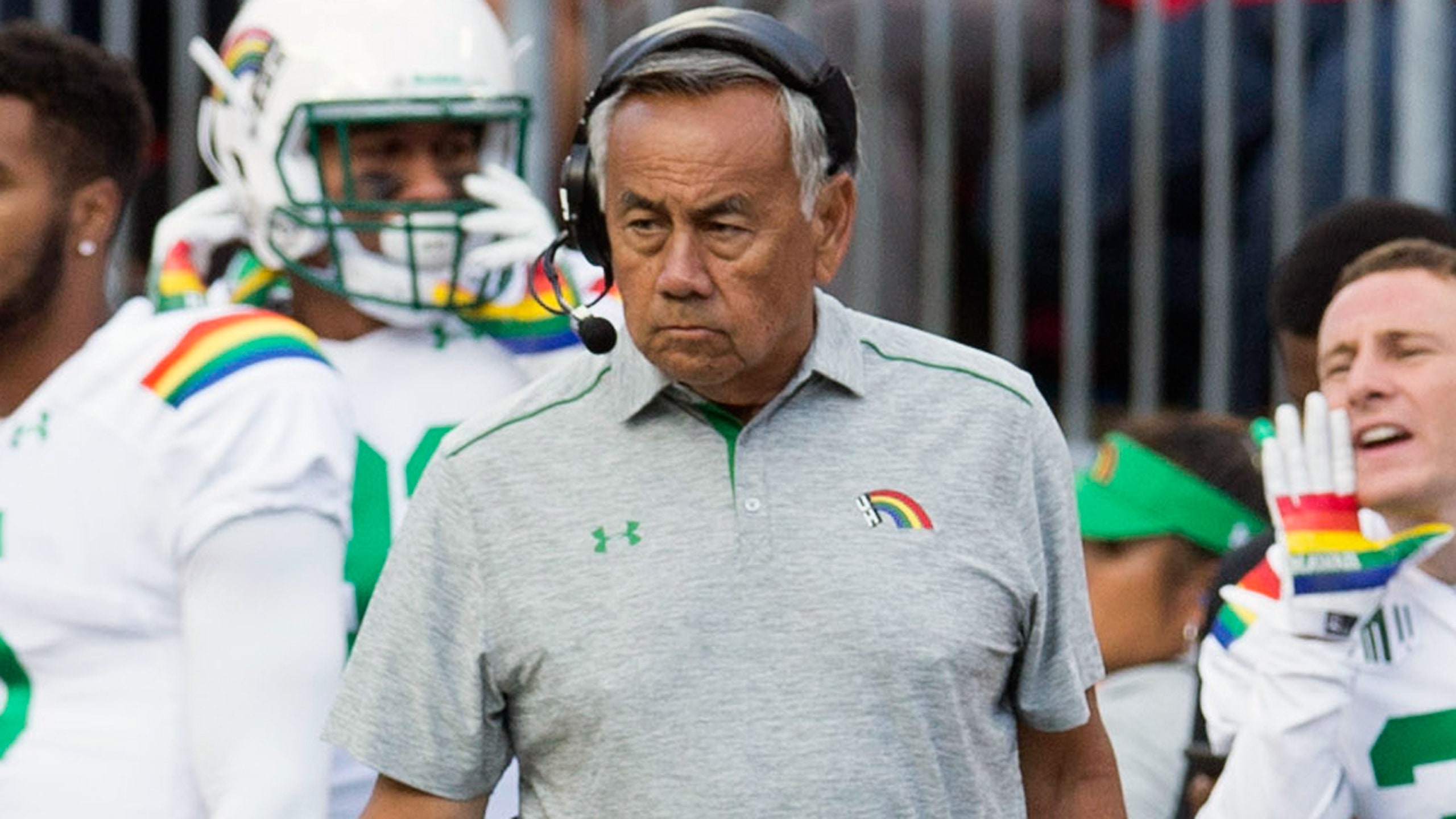 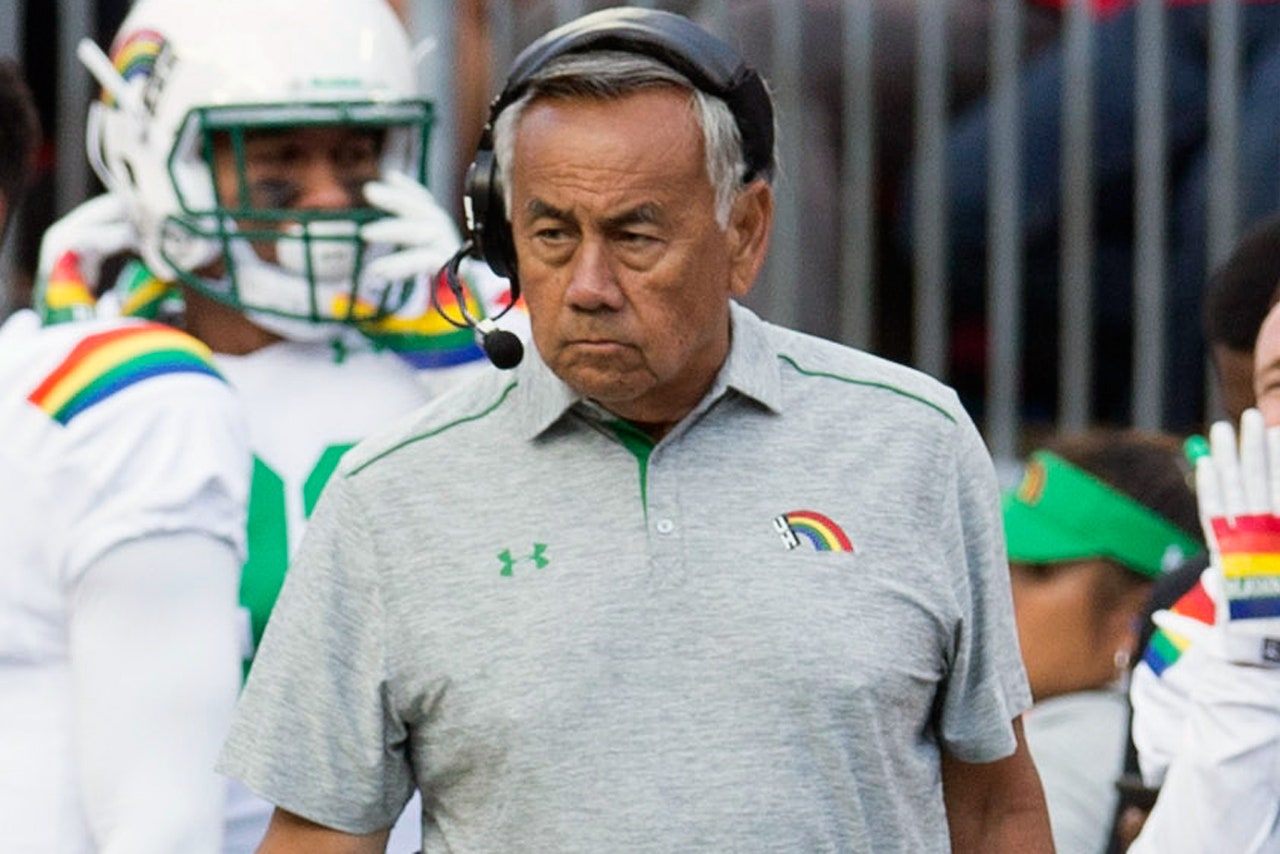 HONOLULU -- Norm Chow was fired as Hawaii's football coach Sunday, a day after the Rainbow Warriors dropped to 2-7 with a 58-7 home loss to Air Force.

"I'd like to thank Coach Chow for his dedication to our football program for the past four years," Matlin said in a statement. "Ultimately, we feel this decision is in the best interest of the university and athletics department and we need to move in a different direction. Coach Chow should be commended for helping our football program achieve all-time highs in APR scores and graduation rates."

Norm Chow fired as #Hawaii head coach. UH program is a huge mess financially. Hearing a lot about how it might not stay afloat.

From Honolulu, Chow took over the Hawaii program after a long run as an assistant coach with BYU, North Carolina State, Southern California, the NFL's Tennessee Titans, UCLA and alma mater Utah. He was the offensive coordinator on national championship staffs at BYU in 1984 and Southern California in 2003 and `04, and coached Heisman Trophy winners Ty Detmer, Carson Palmer and Matt Leinert.

Hawaii Rainbow Warriors
share story
those were the latest stories
Want to see more?
View All Stories
Fox Sports™ and © 2021 Fox Media LLC and Fox Sports Interactive Media, LLC. All rights reserved. Use of this website (including any and all parts and components) constitutes your acceptance of these Terms of Use and Updated Privacy Policy. Advertising Choices. Do Not Sell my Personal Info