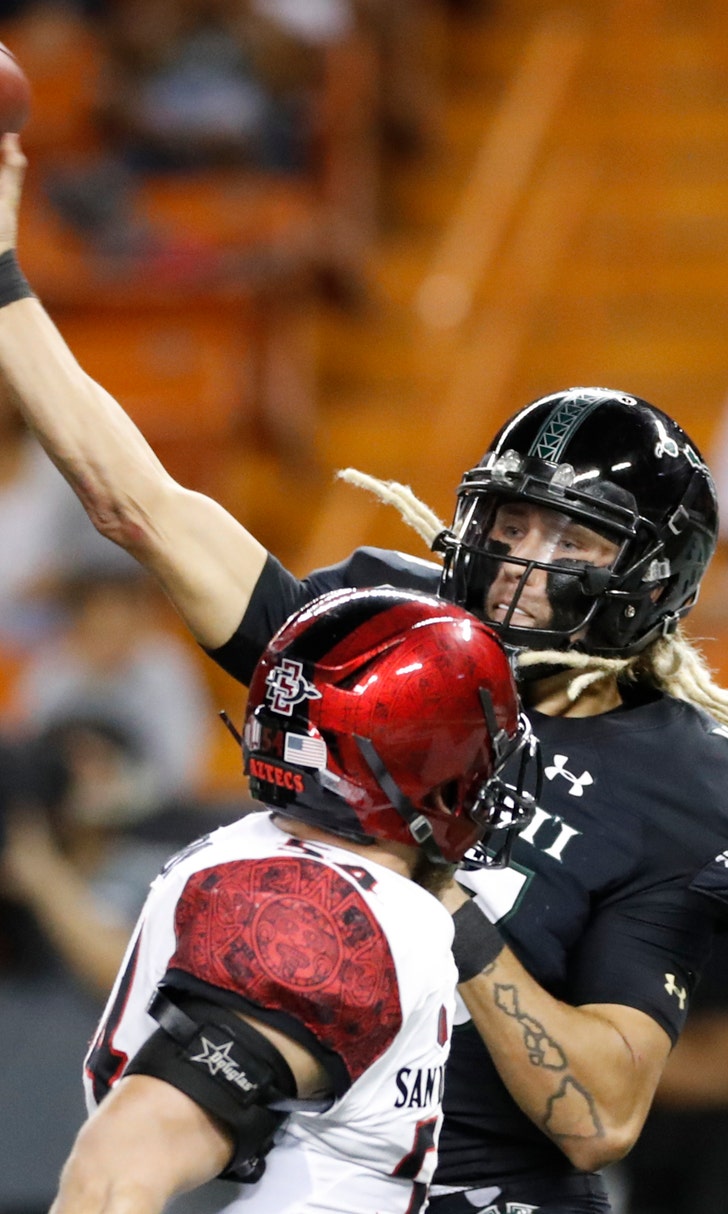 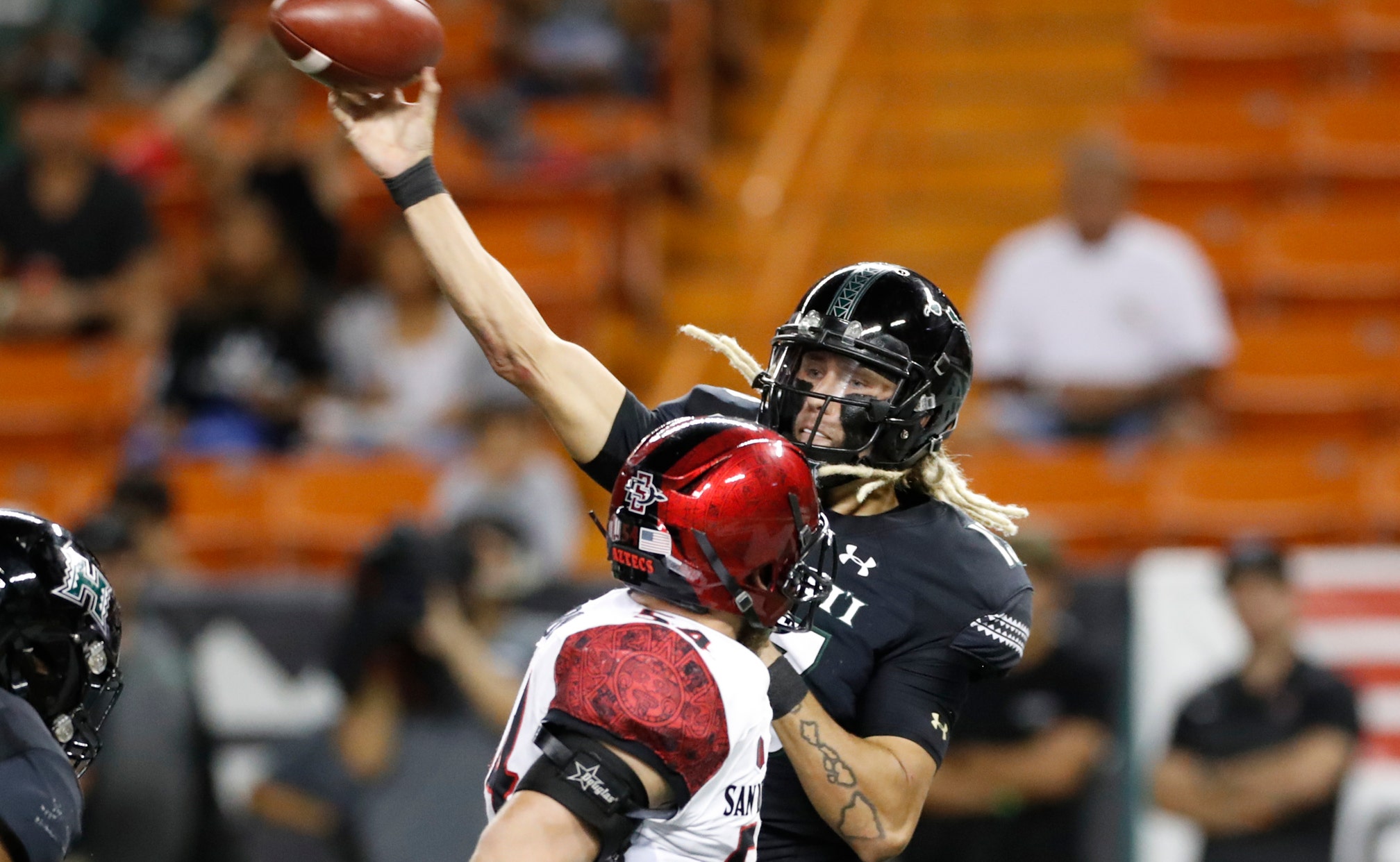 HONOLULU (AP) — Jason-Matthew Sharsh caught 10 passes for 95 yards and a touchdown on Saturday night, and Hawaii held off San Diego State 14-11 in a battle for the Mountain West Conference West Division title.

The Rainbow Warriors (8-4, 5-3) tied the Aztecs (8-3, 5-3) in the standings after the final conference game for both teams. With the head-to-head tiebreaker, Hawaii earned a spot in the Mountain West championship game and will face No. 20 Boise State on Dec. 7.

Cole McDonald’s 5-yard TD pass to Sharsh opened the scoring in the first quarter, and Fred Holly III’s 11-yard TD run made it 14-3 in the third.

Ryan Agnew scored on a 5-yard keeper and ran in the two-point conversion to cut the Aztecs’ deficit to 14-11 with 12:58 left in the game.

San Diego State drove 50 yards to the Hawaii 31 to set up Matt Araiza with a 48-yard attempt with 8 seconds left. Araiza missed, and Hawaii ran out the clock for the win.

Mountain West
share story
those were the latest stories
Want to see more?
View All Stories
Fox Sports™ and © 2020 Fox Media LLC and Fox Sports Interactive Media, LLC. All rights reserved. Use of this website (including any and all parts and components) constitutes your acceptance of these Terms of Use and Updated Privacy Policy. Advertising Choices. Do Not Sell my Personal Info