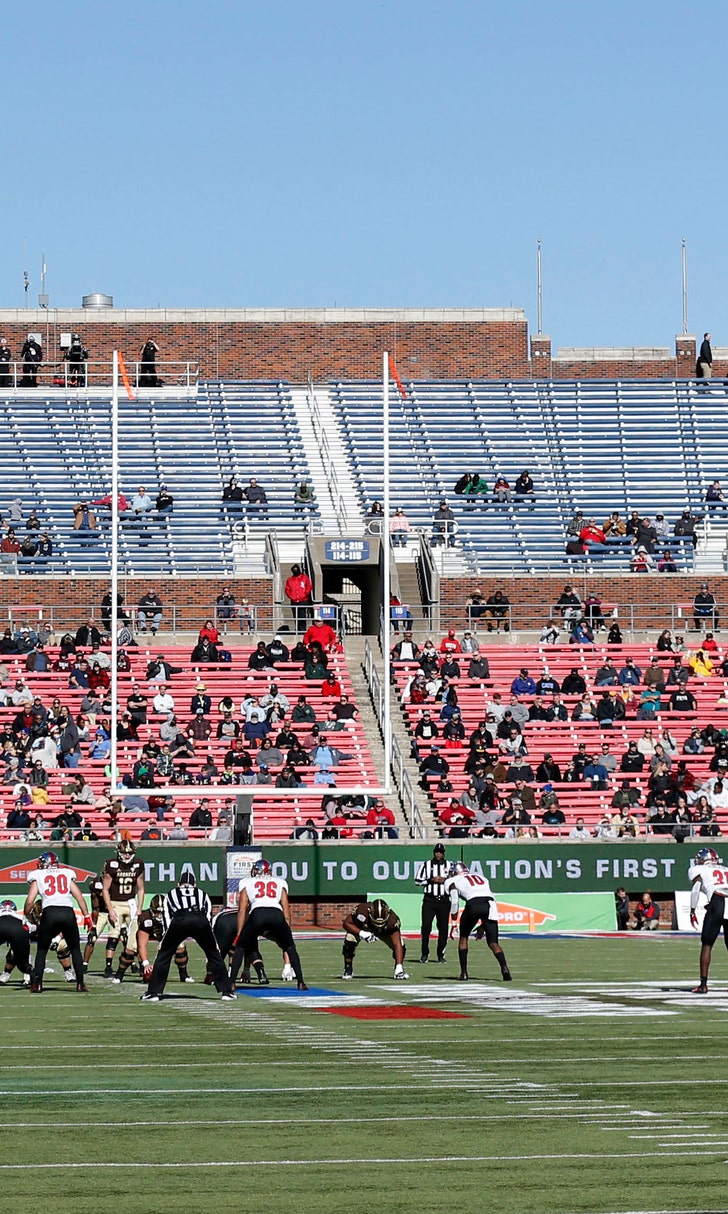 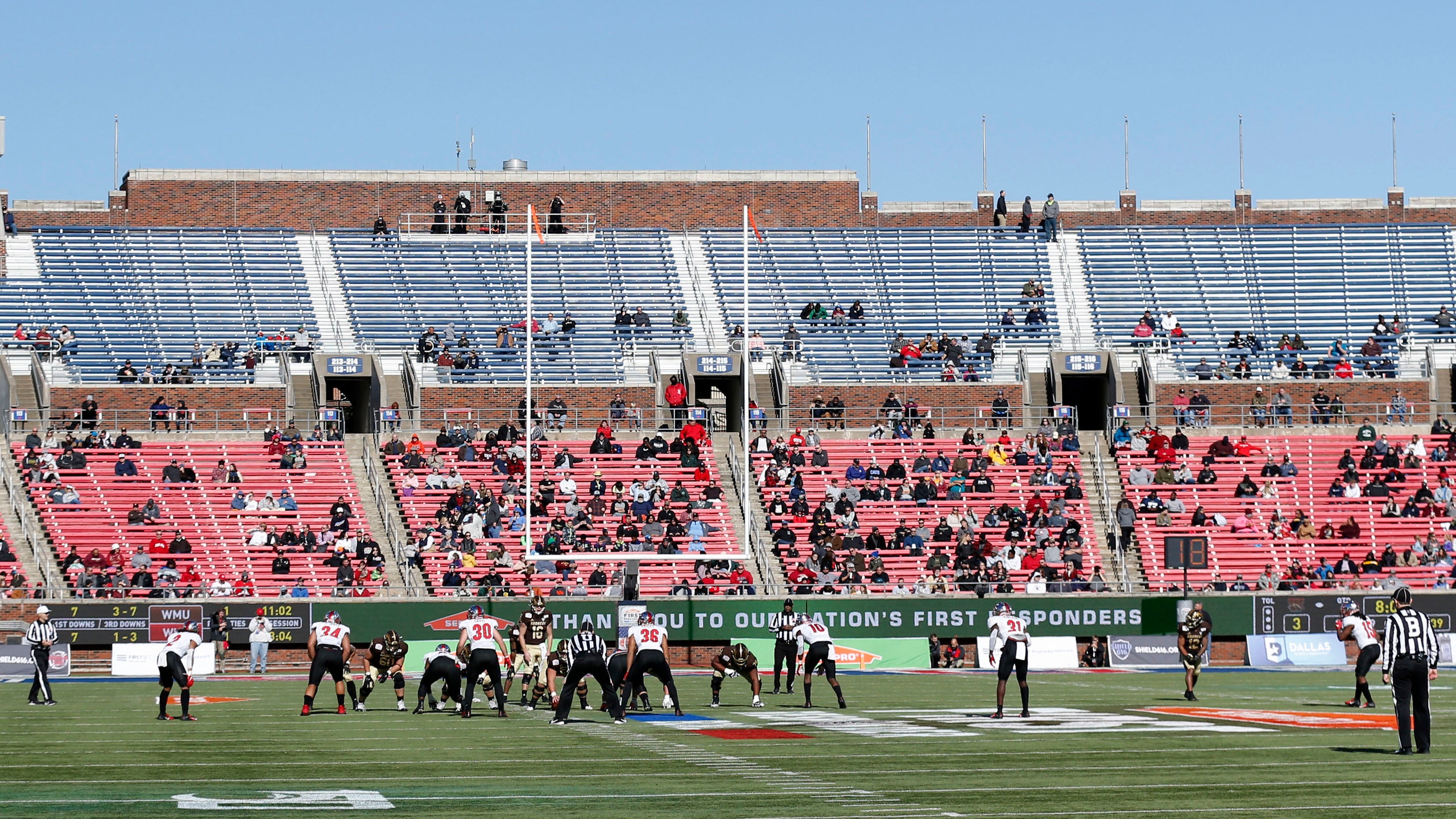 Half-empty stadiums won't stop number of bowls from going up

Six bowls this season had their smallest crowds on record, with section after section of unoccupied seats a yawning indication of just how little buzz there can be for the long, long list of postseason games on the schedule.

Half-empty stadiums? Teams with tiny fan bases and mediocre records? Too many bowls?

They aren't going away: There will actually be three more next year, bringing the total number of bowl games to 42. That means approximately 65% of the 130 Bowl Subdivision teams will go to a postseason game next season.

Attendance isn't necessarily the measure of success. The bowl system generates hundreds of millions of dollars that conferences distribute to their schools. The games are inventory for television programming, and even if the ratings are modest, almost any bowl will draw more eyeballs than something else, particularly on a weekday afternoon.

That's why ESPN owns 14 bowls, and the network will add two more to its portfolio in the 2020 season even though viewership has trended mostly downward since the playoff era started in 2014.

“It’s an indication of college football’s strength that you could have games that really don’t matter between teams people don’t typically watch that can get over a million viewers,” Sports Media Watch editor Jon Lewis said. “There are diminishing returns, but there’s a long way to go before you would see a reduction. In fact, I doubt you’ll see a reduction any time soon. You might see other networks try to get into having their own bowl games.”

Regular-season college football attendance has been in decline for years and hit a 22-year low in 2018. While there have been some empty seats at the New Year's Six bowl games — those associated with the College Football Playoff — the bigger postseason blow has been seen elsewhere.

Of 33 second- and third-tier Bowl Subdivision games analyzed by The Associated Press, 23 were played at venues where the announced attendance was less than 75% of capacity. Of those 23, eight were under 50%. The AP did not include the New Year's Six games in its analysis because of their rotation in the CFP semifinal lineup.

FBA executive director Wright Waters acknowledged the attendance woes for many of the bowls not among the New Year's Six. Part of the issue, he said, is there are schools with fan bases that 20 years ago were excited about going to most any bowl that now are disappointed if their team isn't in the CFP mix.

Waters said the FBA plans to form a task force to generate ideas on how to grow attendance, with ticket pricing, matchups and the proximity of fan bases to bowl sites among the factors.

The games that had their lowest attendances on record this season were the New Mexico, Cure, Camellia, Pinstripe, First Responder and Famous Idaho Potato bowls.

Announced attendance figures provided by bowl organizers or stadium officials were used by AP. Those numbers — typically derived by counting the number of tickets distributed, game participants, band members and media members — invariably are higher than the actual attendance, sometimes by a wide margin.

The Las Vegas Bowl had an announced attendance of 34,197, but the scanned ticket count provided to AP by the stadium owner, UNLV, was 16,568. The Birmingham Bowl, played in heavy rain with a lengthy lightning delay, announced 27,193 even though actual attendance was 9,679. The New Mexico Bowl announced a crowd of 18,823; a San Diego Union-Tribune reporter at the game estimated actual attendance at 6,000.

Of the 33 bowls in the AP study, 26 existed in the 2013 season, the year before the CFP started. Eleven of those 26 had attendance declines of more than 10% in the 2014 season. In the last six years, five of the bowls have not matched the attendance they recorded in 2013, and eight others have hit their 2013 figures only once.

Bowls owned by ESPN referred questions about attendance to the network, which provided a statement: “Attendance is one of the many metrics in which we evaluate our bowl games. Our focus continues to be providing an overall rewarding postseason experience for student-athletes, coaches and fans, as well as each of the local communities.”

New Year's Six games that didn't host CFP semifinals, and were not included in the AP's analysis, took a hit. TV viewership for all four was down. At the stadium, the Cotton Bowl between Penn State and Memphis drew 54,828, the smallest crowd since 1948. The Sugar Bowl between Georgia and Baylor had 55,211, its third sub-60,000 crowd since 2013. The Orange Bowl and Rose Bowl, however, drew near-capacity crowds.

Ohio coach Frank Solich, who was a longtime Nebraska assistant and the Cornhuskers' head coach from 1998-2003, said he has never had a bad bowl experience because it gives his team another game and a life experience that can't be duplicated.

Solich's Bobcats beat Nevada in the Famous Idaho Potato Bowl last week in Boise, Idaho, in front of an announced 13,611, a record low for a bowl that has had three iterations since starting in 1997.

“I’ve been in this business 52 years and I’ve been to all kinds of bowls,” Solich said, “and I enjoyed coaching in the Bahamas Bowl and Potato Bowl every bit as much as coaching in the Rose Bowl. It’s about being on national television. It's about the players who might not otherwise get to see the mountains.

"It's about being a competitor; the kids for both teams played their butts off in that game," he said. “It's not about how many people are in the seats."