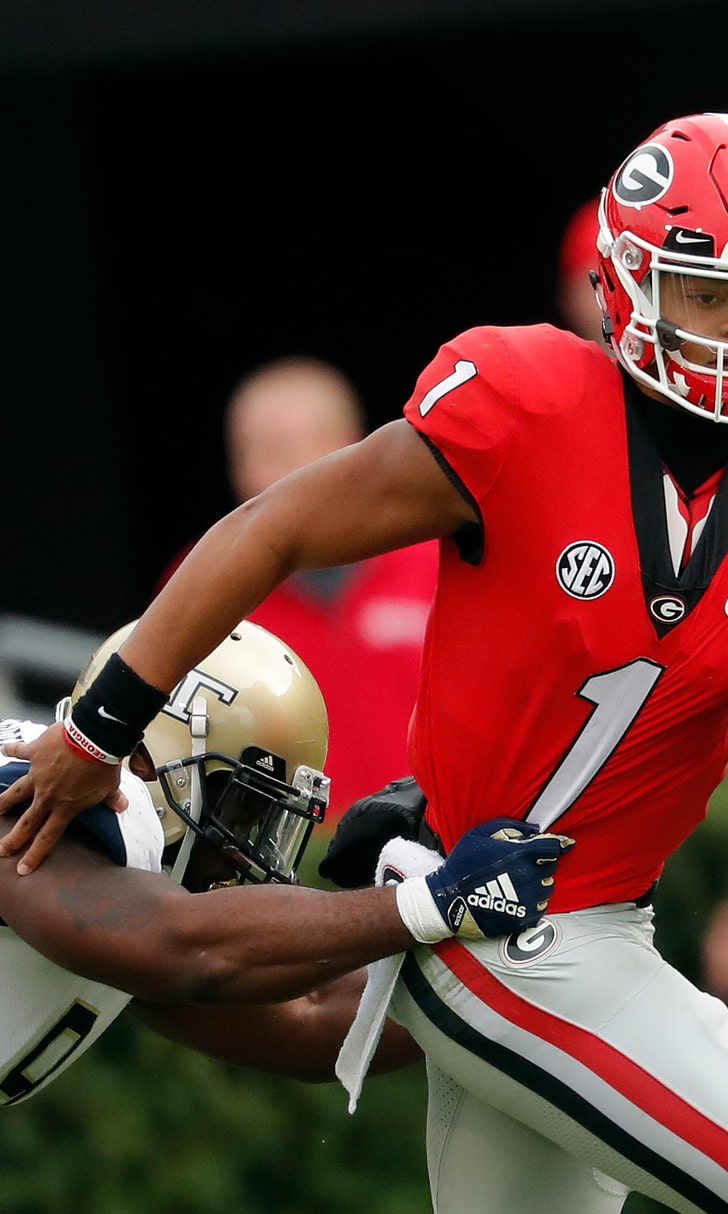 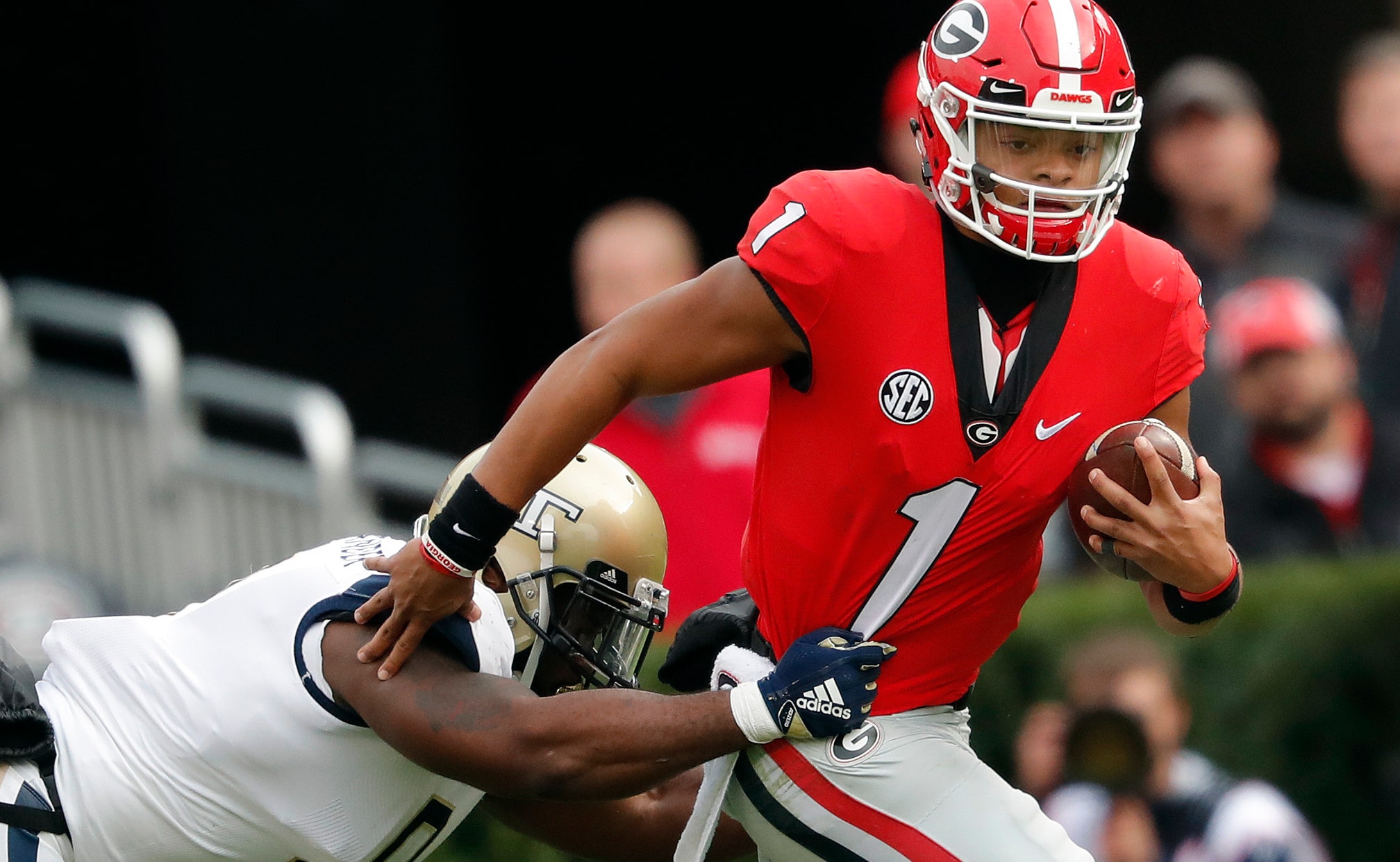 The Associated Press reported Tuesday that Fields, a freshman who was the biggest name in Georgia's top-ranked signing class last February, was listed in the NCAA's database of players who have notified their school of their intention to transfer. Being listed on the NCAA transfer portal is not binding, but it may have been a strong signal to Mathis.

Coach Kirby Smart confirmed Fields has said he is "looking at his options." Smart said Fields continues to practice with the team and wants to play in the Bulldogs' Sugar Bowl game against Texas.

"We told him absolutely, we'd love for you to play in the Sugar Bowl," Smart said after practice Wednesday. "We want you there and he's come out to work and do that and support his teammates."

Smart closed the practice to reporters.

There are two quarterbacks among 21 players Georgia signed on the first day of the early period that continues through Friday. Georgia's last signee Wednesday night was Stetson Bennett IV, who was a former walk-on with the Bulldogs in 2017 before spending a season at Jones County (Mississippi) Community College.

Fields was the top backup this season to sophomore Jake Fromm. Fields couldn't challenge Fromm's hold on the starting job as the offense flourished .

The prospect of entering 2019 still relegated to backup duty apparently led to Fields' decision to explore his options.

Fields' decision forced Smart to scramble at the start of the early signing period, but the coach said he understands the quarterback's decision.

"I can't be annoyed," Smart said. "Look, the kid is doing what he thinks is best for him. He's looking at it from his perspective and I respect that. He can't very well wait until after the bowl game ... but from a recruiting perspective it was challenging for us."

Fromm and Fields were the only two scholarship quarterbacks on the roster for Georgia (11-2), which fell to No. 5 in the Top 25 and out of the College Football Playoff with its 35-28 loss to No. 1 Alabama in the Southeastern Conference championship game.

Fields' most notable play of the season came in the loss to Alabama. His failed fake punt in the fourth quarter set up the Crimson Tide's go-ahead touchdown.

Smart said he and his coaching staff had to react quickly to adjust to Fields' possible transfer.

"We communicated with (Mathis) and expressed interest and the interest was mutual and we think he's a very good player, very talented," Smart said.

Georgia also has a commitment from quarterback John Rhys Plumlee (6-1, 185), from Hattiesburg, Mississippi. Plumlee, also a top baseball recruit, has not signed.

Georgia had the nation's No. 2 signing class on the 247 Sports composite ranking, behind Alabama.

Smart's recruiting class received a boost when five-star linebacker Nakobe Dean of Horn Lake, Mississippi announced he was signing with Georgia over other schools, including Alabama.

Dean, who has graduated, will be an early enrollee at Georgia.

NOTES: Smart said defensive back Deangelo Gibbs is "not currently with the team." Smart provided no details. Gibbs had seven tackles in seven games this season.