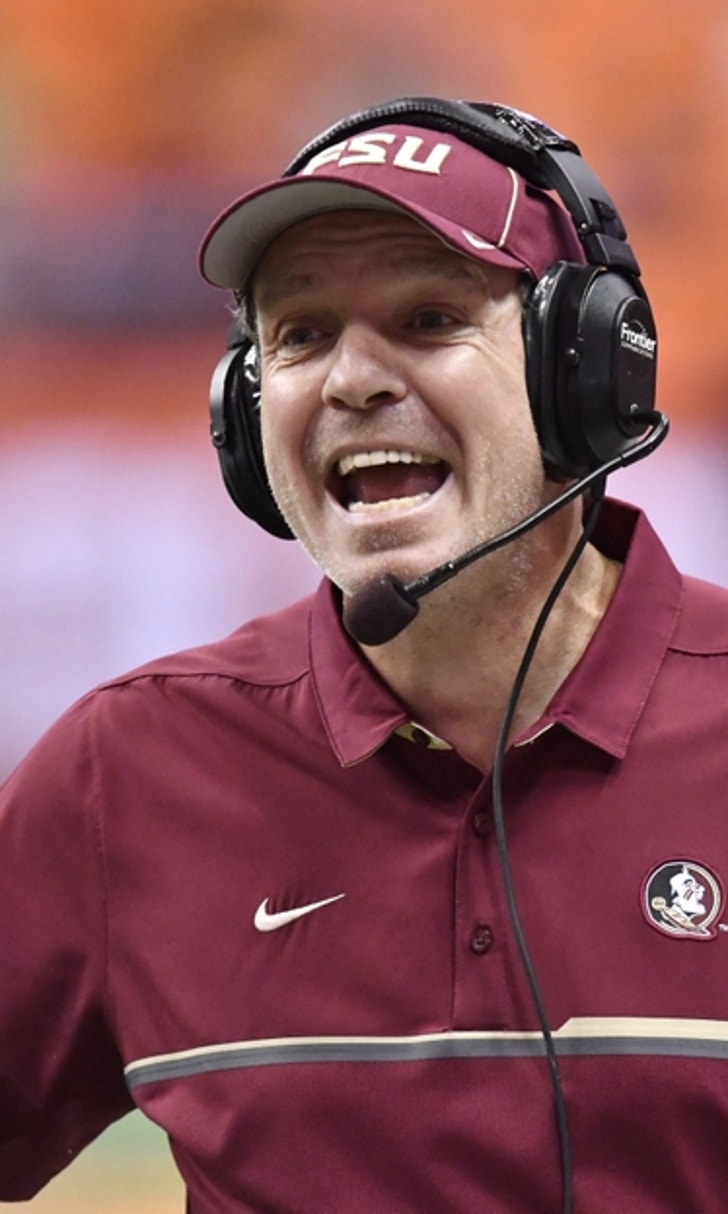 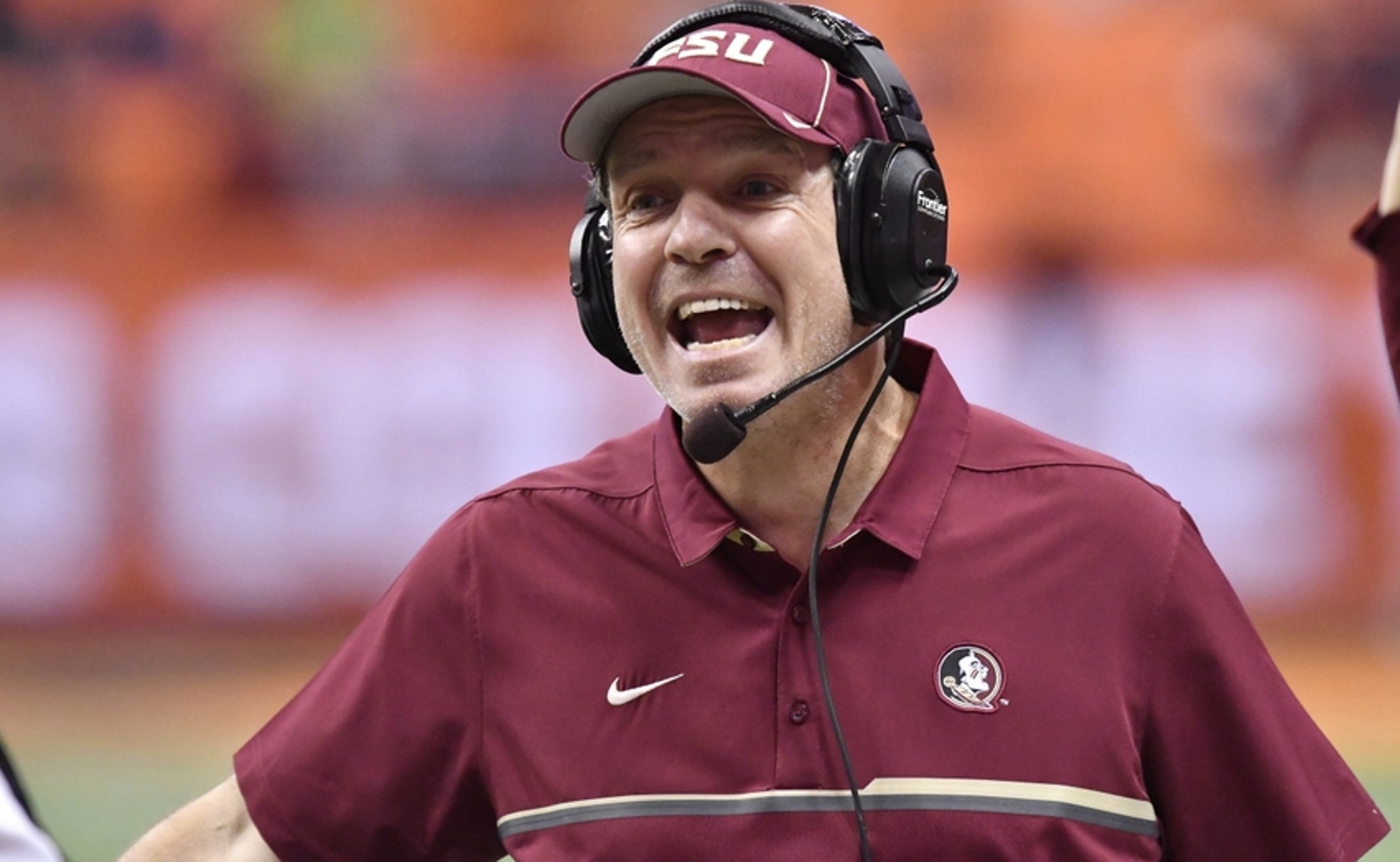 BY Fansided and Kelvin Hunt/FanSided via Chop Chat • December 17, 2016
share

Nov 19, 2016; Syracuse, NY, USA; Florida State Seminoles head coach Jimbo Fisher has a word with an official to dispute a call during the fourth quarter of a game against the Syracuse Orange at the Carrier Dome. Florida State won 45-14. Mandatory Credit: Mark Konezny-USA TODAY Sports

FSU football picked up two additions to the #TRIBE17 recruiting class Friday. Will they be able to finish with a top five class?

The ‘Noles moved up to No. 12 nationally according to 247 Sports Composite Rankings with the two additions.

Three-star TE Tre McKitty and JUCO LB Adonis Thomas joined the class to bring the grand total to 15 commitments. The ‘Noles surpassed Miami for the No. 2 class in the ACC behind Clemson.

However, FSU football isn’t done with this class as they are in the mix for several high-profile players.

The ‘Noles are looking to take around 22 commitments in this class.

The current FSU football recruiting class is below:

So FSU football is doing much better than its biggest rivals in terms of quality of player.

FSU football could close with a bang if they are able to land a few of the players left on their recruiting board.

The ‘Noles recruiting staff has a realistic chance to land the following players:

The ‘Noles appear to be trending for Cam Akers and Joshua Kaindoh. They seem to be in the mix for the remaining players, but I’m sure to what degree those percentages are at this time.

I say realistic because the ‘Noles are in the mix, but it wouldn’t surprise me to see them go elsewhere.

The ‘Noles currently have 15 commitments and will likely add an additional 5-7 players. If FSU football can land Akers, Kaindoh and one or two of the other players remaining it would be a huge boost to their overall team composite average.

It would be dependent upon who the other teams ahead of FSU picked up on lost, but landing a combination of those players would likely but FSU into the top 5 category.

Jimbo Fisher is one of the best closers in the game and has worked magic near National Signing Day the last couple of years.

It looks like this year will be no different. The biggest thing is the big targets are mostly out-of-state players. It’s difficult to pull players out of Texas and Mississippi, but this year FSU has a lot of things working in their favor.

Stay tuned, it could be a wild ride in the recruiting world the next few weeks!