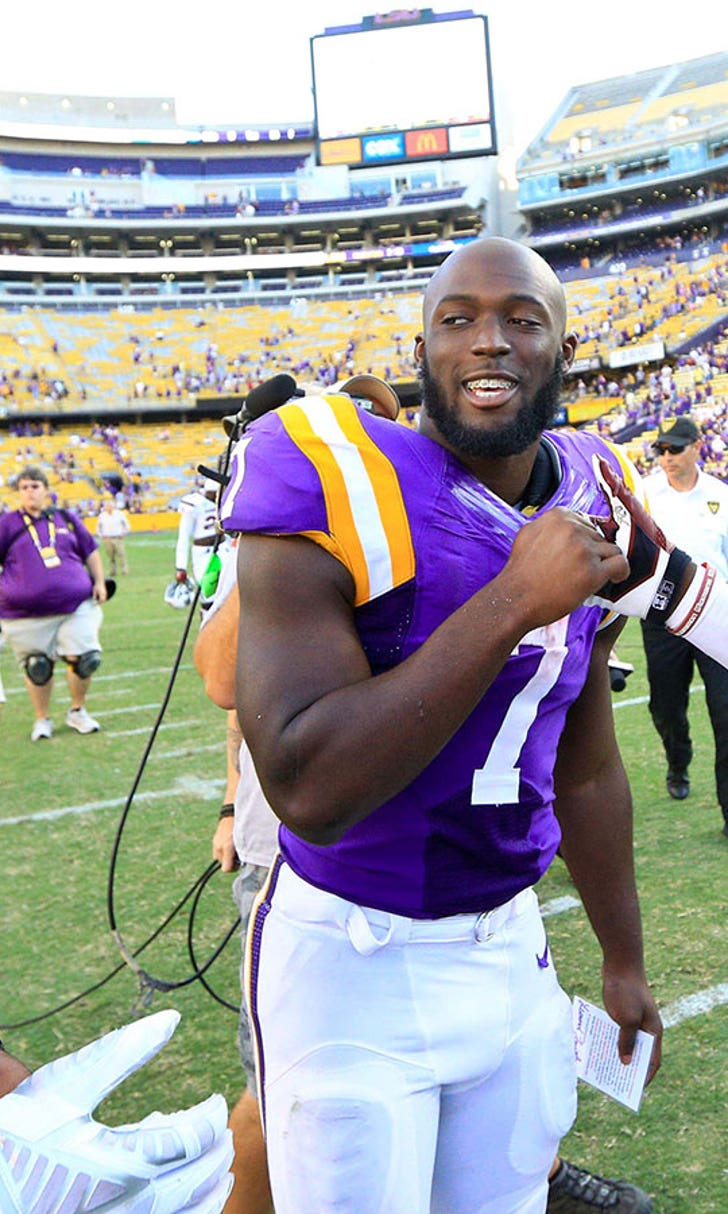 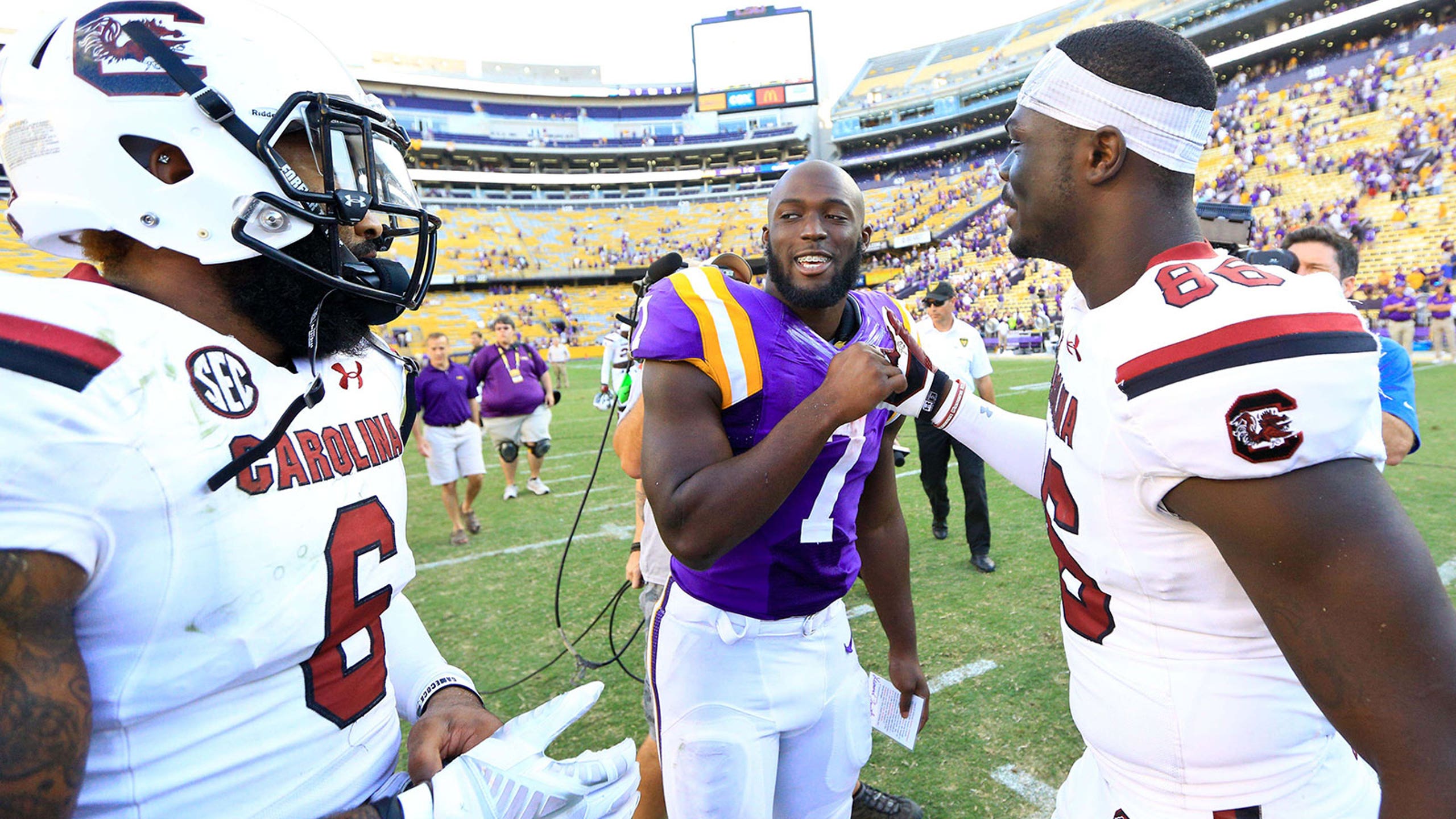 Fournette's jersey to be auctioned this weekend to aid S.C. flood victims 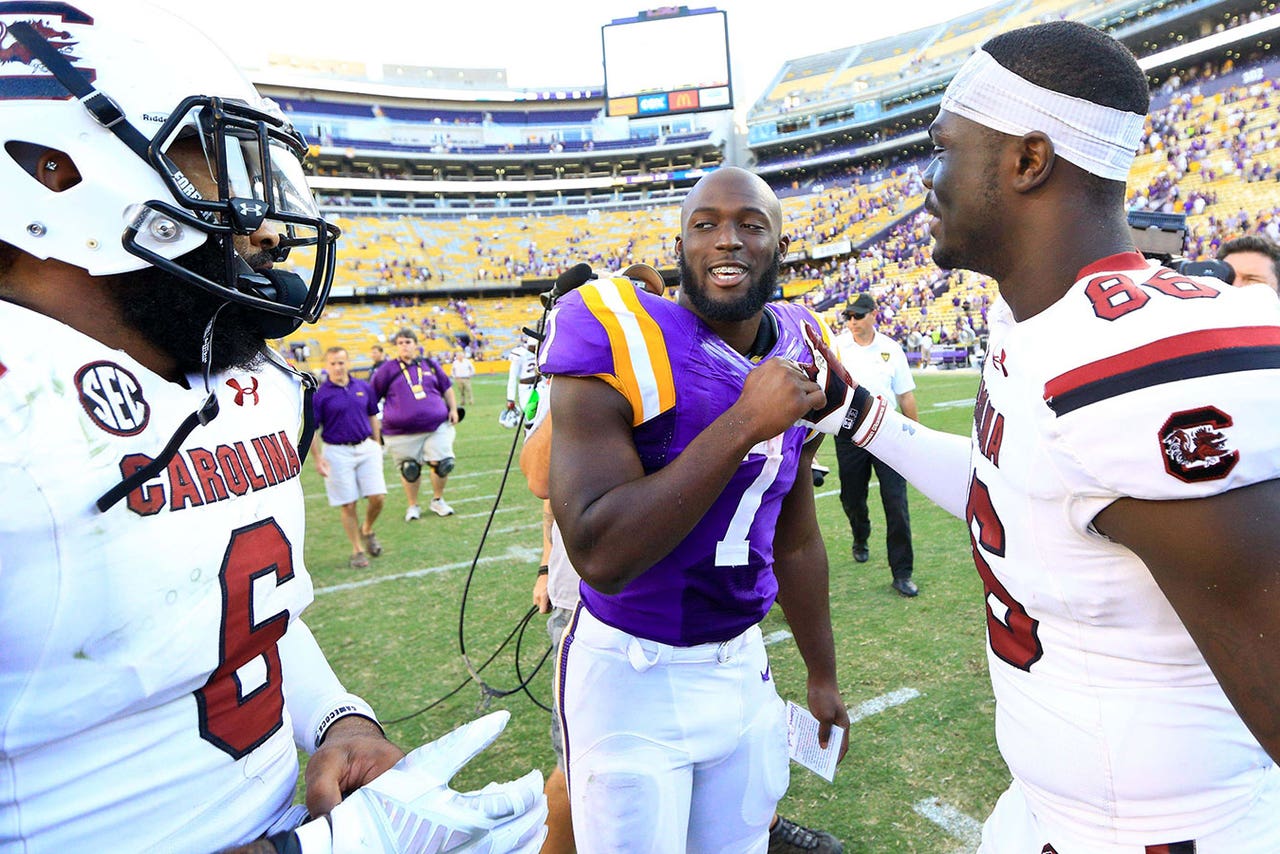 LSU star running back Leonard Fournette will auction off for charity the jersey he wore in the team’s 45-24 win over South Carolina last month.

Fournette wore the jersey on Oct. 10, when he ran for 158 yards and a touchdown vs. the Gamecocks. After the game, the sophomore said he would auction off his jersey to benefit the victims of flooding that had overtaken areas in South Carolina and forced the Gamecocks to relocate their home game to Tiger Stadium.

The auction piece will be part of a package that also includes helmets signed by LSU coach Les Miles and former South Carolina coach Steve Spurrier.

Bidding begins at 8 a.m. Saturday, and the opening bid will be $7,000. It will close at noon ET Monday. The auction can be found on the athletic department’s auction page, at LSUAuction.net.

The NCAA prohibits players from auctioning off their game jerseys, but is making an exception in this case. LSU spokesman Michael Bonnette said the jerseys will be unaltered and will keep Fournette’s nameplate on the back.