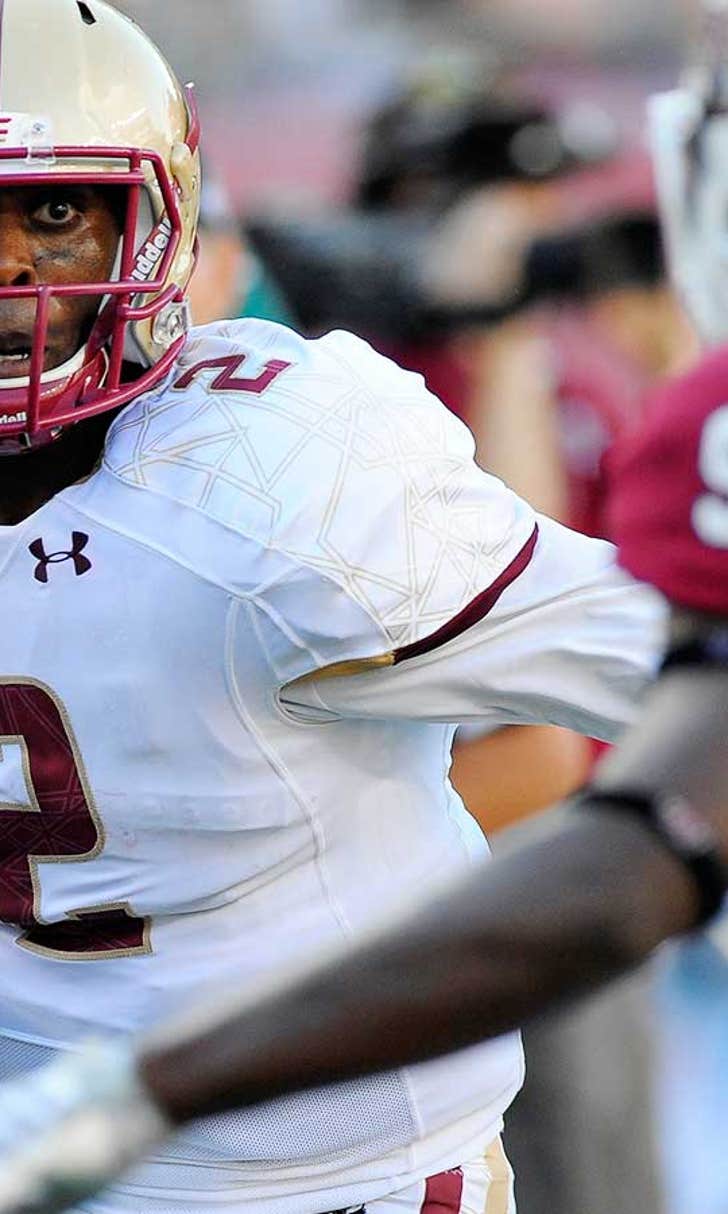 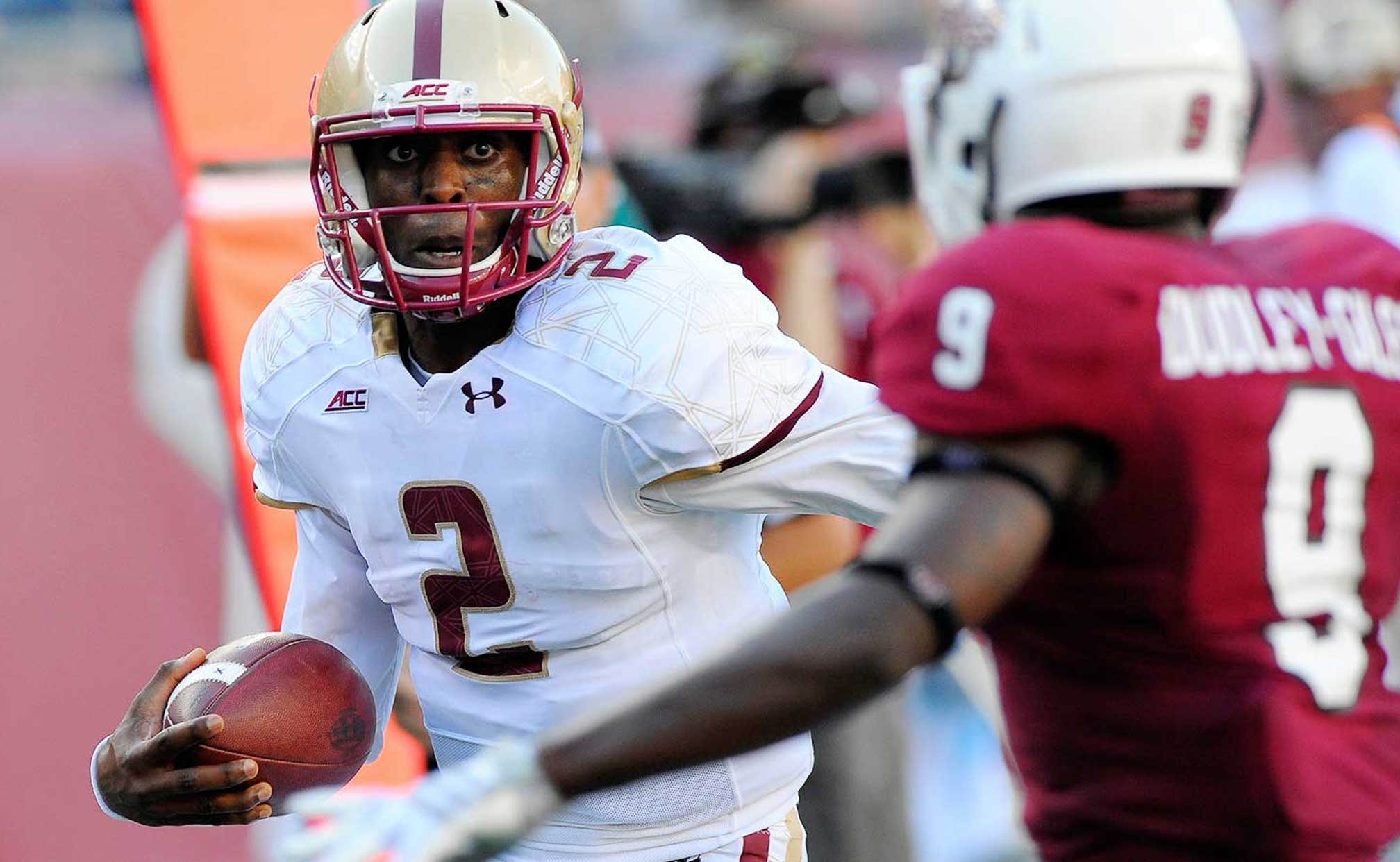 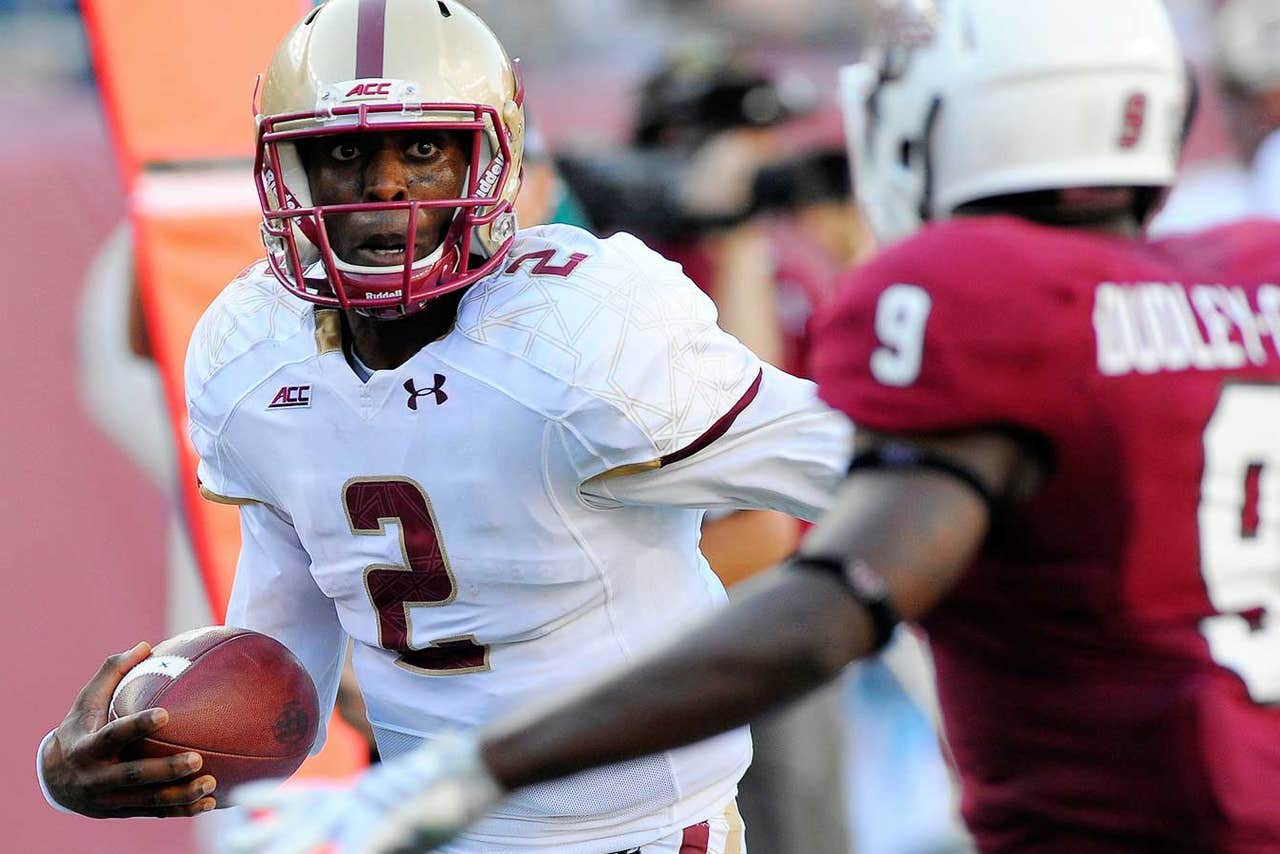 Former Boston College dual-threat quarterback Tyler Murphy galloped his way into the Eagles record books in 2014, and now he’s running straight into the NFL. On Monday it was announced that the former Eagle star signed a free agent contract with the Pittsburgh Steelers.

The 6-2, 213-pound transfer from Florida proved to be a great asset for BC last season, as he completed 57 percent of his passes for 1,623 yards and 13 touchdowns. The electric Murphy also rushed for 1,184 yards, averaging 6.5 yards per attempt, and reached the end zone 11 times.

Murphy’s 1,184 rushing yards broke a 13-year old ACC record for most yards by a QB held by Clemson’s Woodrow Danzler, and allowed him to run by Doug Flutie to the top spot on the Eagles all-time rushing list for quarterbacks.

Murphy’s athleticism is considered his primary strength by NFL teams, which is why the Steelers have listed him as a wide receiver on their webstie.