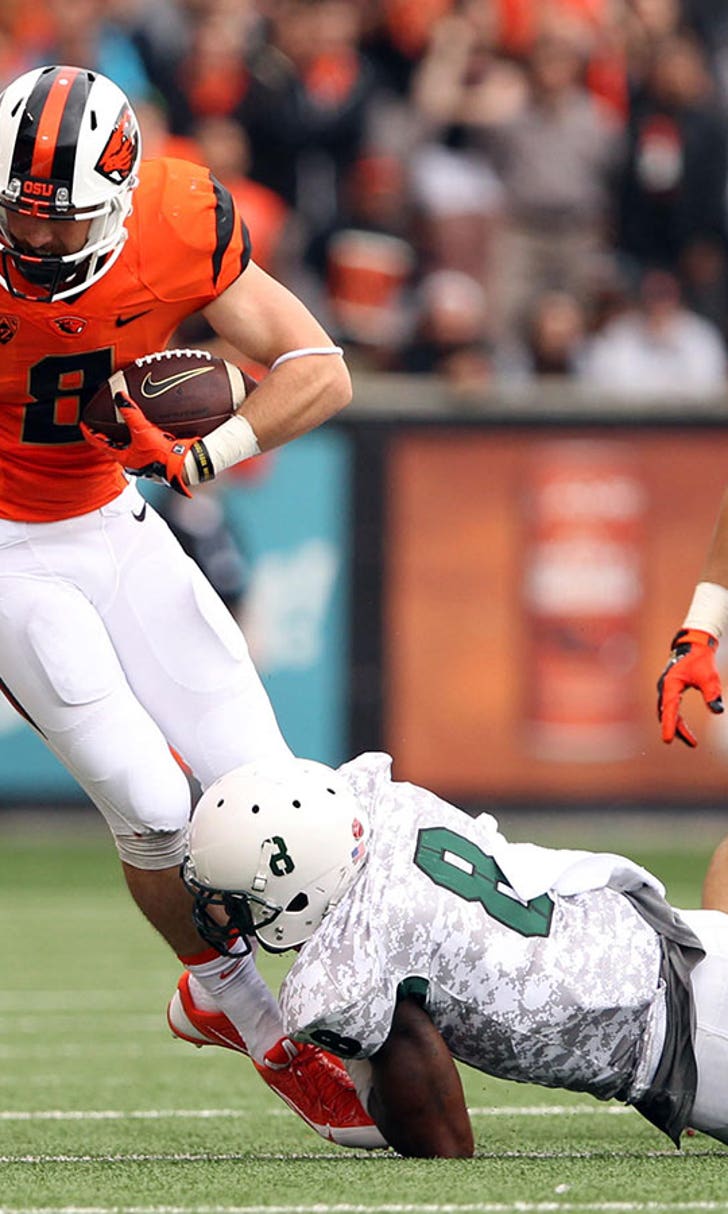 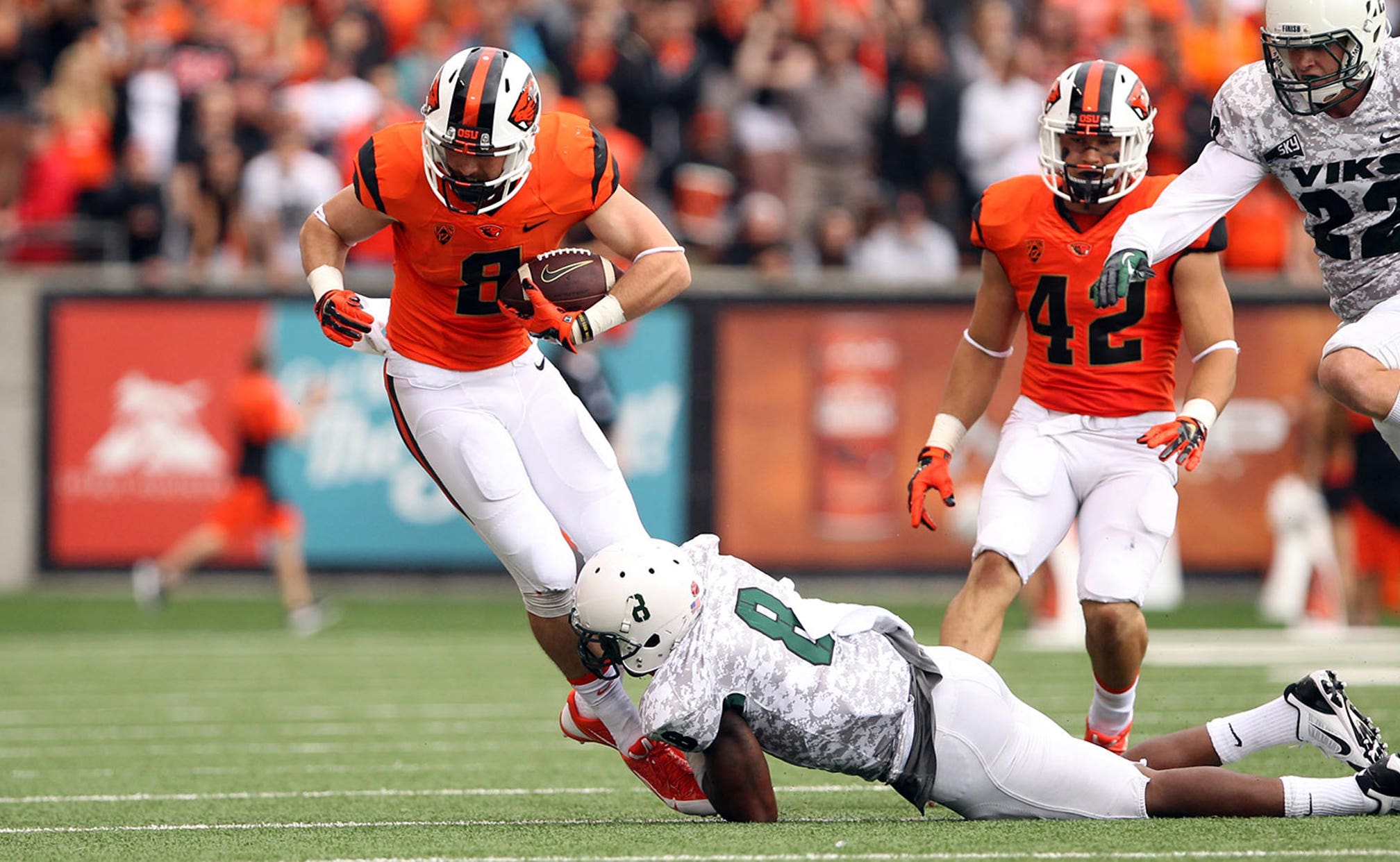 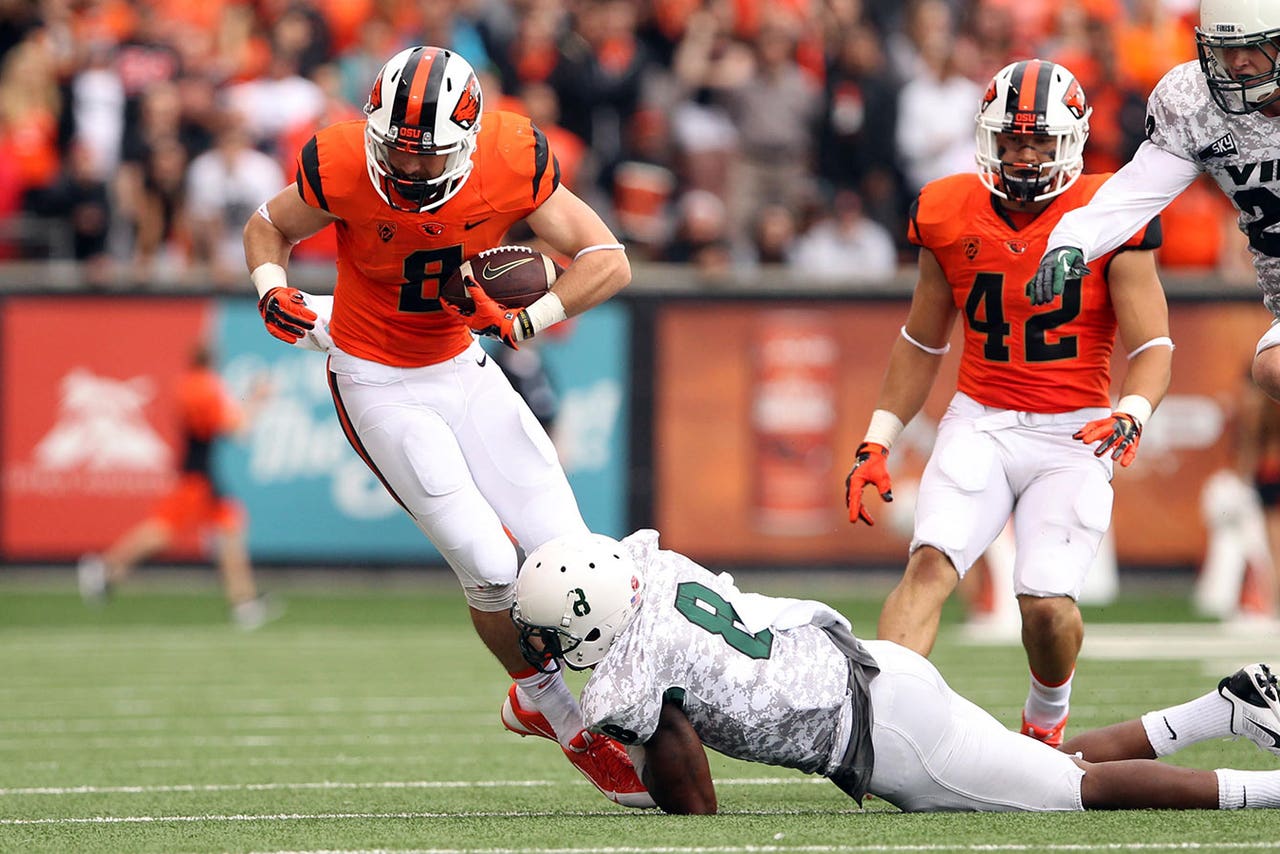 Alabama reportedly is looking into the addition of a talented senior receiver to help fill the void created by the NFL departure of Amari Cooper.

According to 247 Sports, graduate transfer Richard Mullaney, who graduated from Oregon State last week and then announced his intent to play his fifth season elsewhere, is on Alabama's campus in Tuscaloosa for a visit Sunday and Monday.

Mullaney missed about half of last season with the Beavers due to an elbow injury but finished with 18 catches for 216 yards and a touchdown. His most productive season came in 2013, when he posted 52 catches for 788 yards and three TDs. The 6-foot-3, 209-pound Mullaney was a starter during Oregon State's spring game.

It's not yet know if the Tide have officially offered Mullaney a scholarship or are simply gauging his interest, but as a grad transfer, he would be eligible to play in the upcoming season.

Alabama Crimson Tide
share story
those were the latest stories
Want to see more?
View All Stories
Fox Sports™ and © 2020 Fox Media LLC and Fox Sports Interactive Media, LLC. All rights reserved. Use of this website (including any and all parts and components) constitutes your acceptance of these Terms of Use and Updated Privacy Policy. Advertising Choices. Do Not Sell my Personal Info