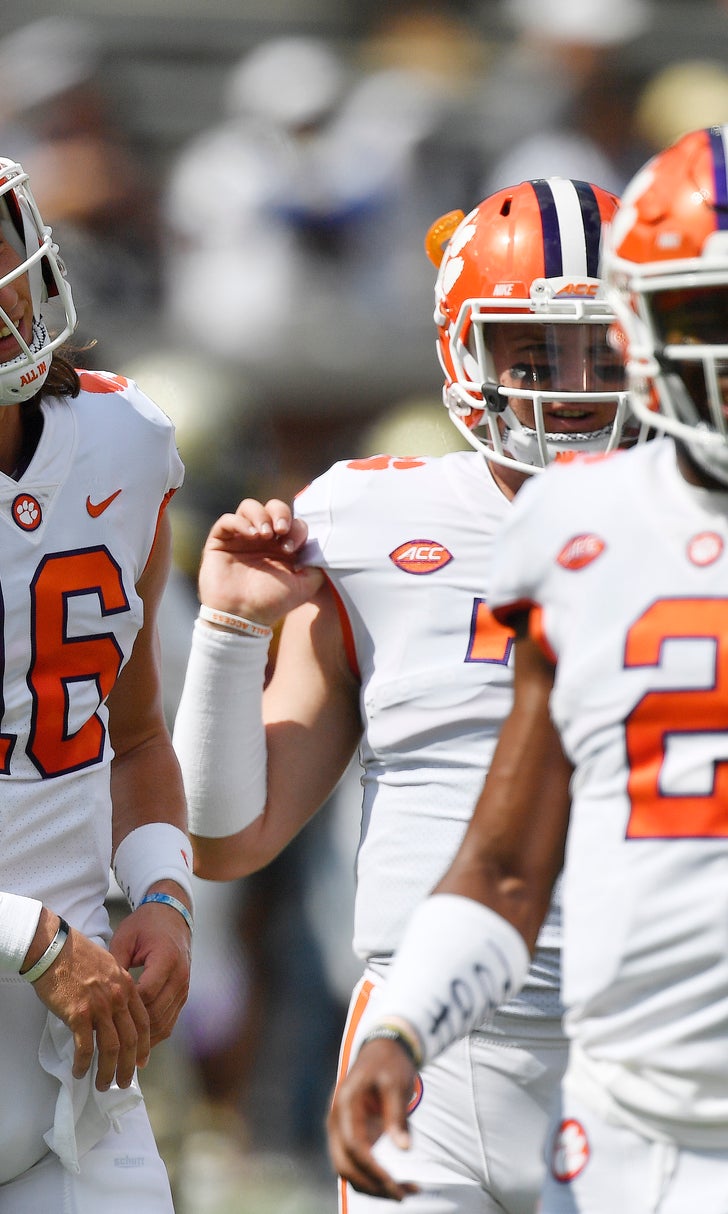 Clemson quarterback Kelly Bryant feels he didn't get a fair shot to keep his job and has decided to transfer after highly touted freshman Trevor Lawrence was named the starter for the third-ranked Tigers.

Clemson coach Dabo Swinney announced the senior's intention to transfer Wednesday, two days after it was announced that Lawrence would start this week against Syracuse.

Bryant had started the past 18 games for the Tigers, going 16-2. He missed the past two days of practice after what Swinney said was an emotional conversation between the two on Monday.

"It was a rough day," Swinney said.

Bryant's demotion did not sit well with the graduate student, who led Clemson to a 12-2 mark last year, a third consecutive Atlantic Coast Conference championship and College Football Playoff berth.

"I've been here. I've waited my turn. I've done everything y'all have asked me to do, plus more,'" Bryant told The Greenville News . "I've never been a distraction. I've never been in trouble with anything. To me, it was kind of a slap in the face."

Bryant did not immediately return messages left by The Associated Press.

Bryant, who turned 22 on Tuesday, graduated this past May and has one more year of eligibility left. NCAA rules permitted him to play in four games this year. But had he taken a snap against Syracuse on Saturday, Bryant's college career would've ended after this season.

After Tigers' offensive struggles in a 24-6 loss to Alabama, many outside the program started pointing to the 6-foot-6 Lawrence as the Tigers' next championship quarterback.

Bryant won the starting job this summer, although Lawrence has gotten significant time in what had been Clemson's two-quarterback rotation.

While Bryant has started all four games this season, Lawrence has been more productive. He's completed 39 of 60 passes for 600 yards, nine touchdowns and two interceptions.

Swinney was "sad" and "disappointed" with Bryant's choice. He also said Bryant has the right to feel the way he does.

But the coach said, "At the end of the day, this is not middle school. You've got to make tough decisions."

Swinney believes Bryant got a fair shake and is grateful for all he's done in his three-plus years with the Tigers.

"Another program is going to get a quality quarterback and a quality young man," Swinney said.

Bryant completed 36 of 54 passes for 461 yards, two touchdowns and an interception. He also ran for 166 yards and two scores.

Bryant becomes the fourth quarterback to leave the Tigers since the enrollment of Lawrence, the country's top prospect at his position, last winter.

Zerrick Cooper and Tucker Israel left in January. Hunter Johnson, a highly regarded prospect in the 2017 recruiting class, transferred to Northwestern after going through spring practice.

Bryant's decision leaves the Tigers with all freshman at the position. Second-year freshman Chase Brice is now the backup while another freshman, Ben Batson, was moved to quarterback before the spring to add to the team's depth.