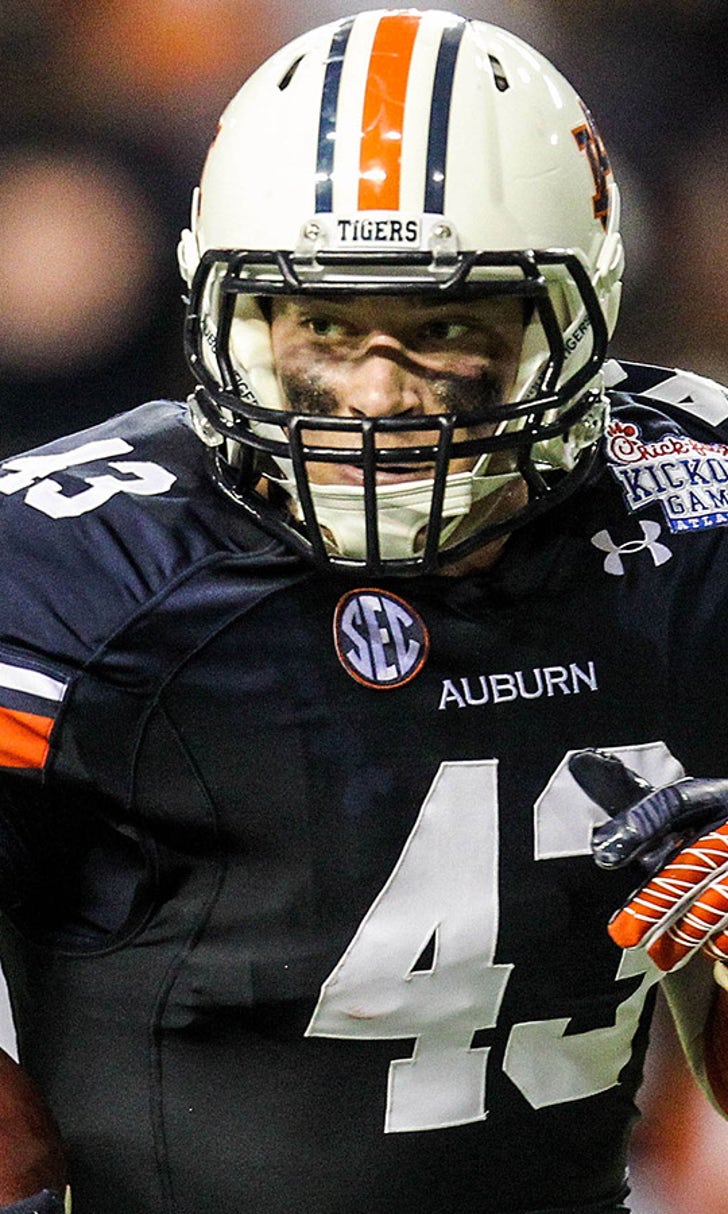 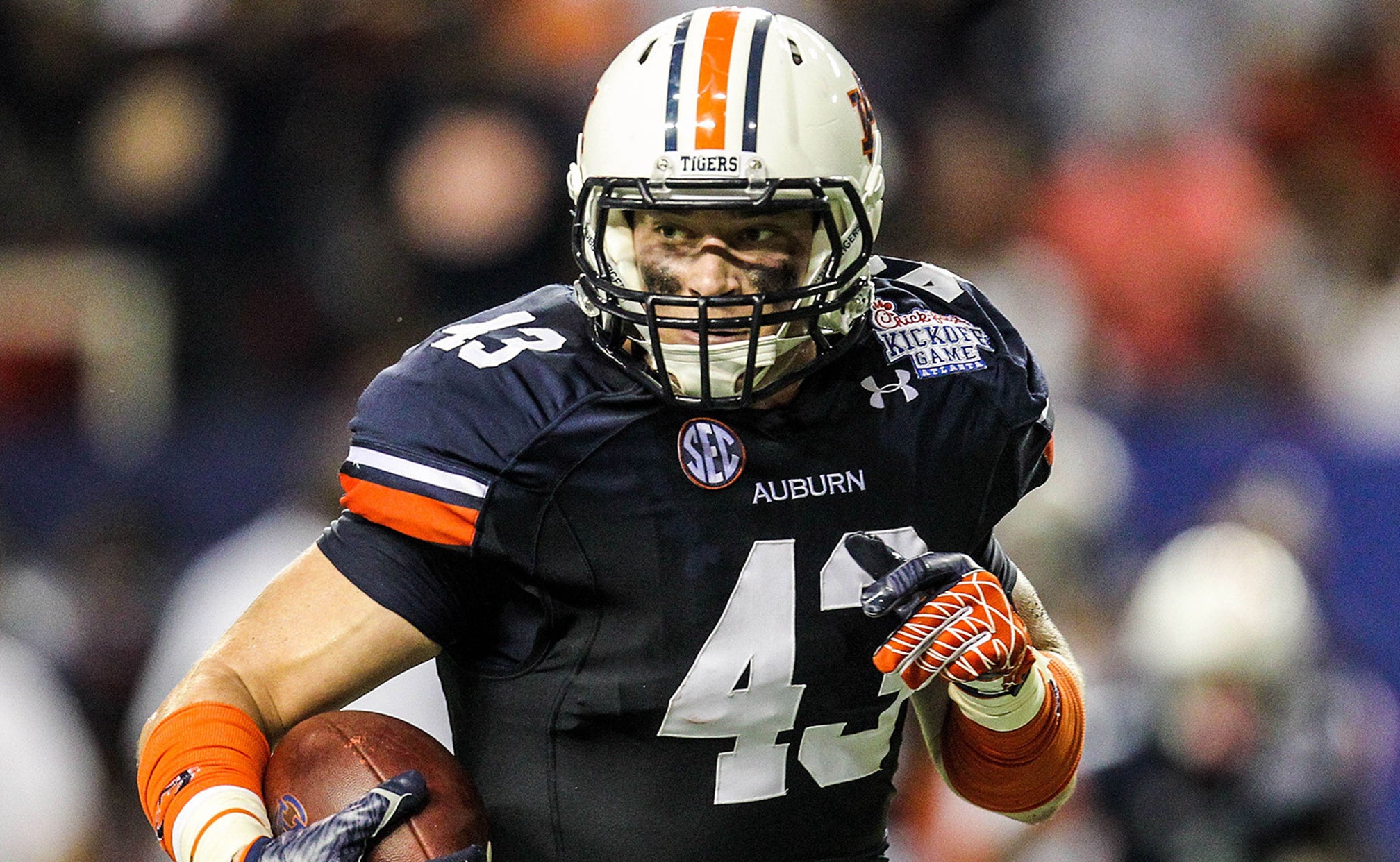 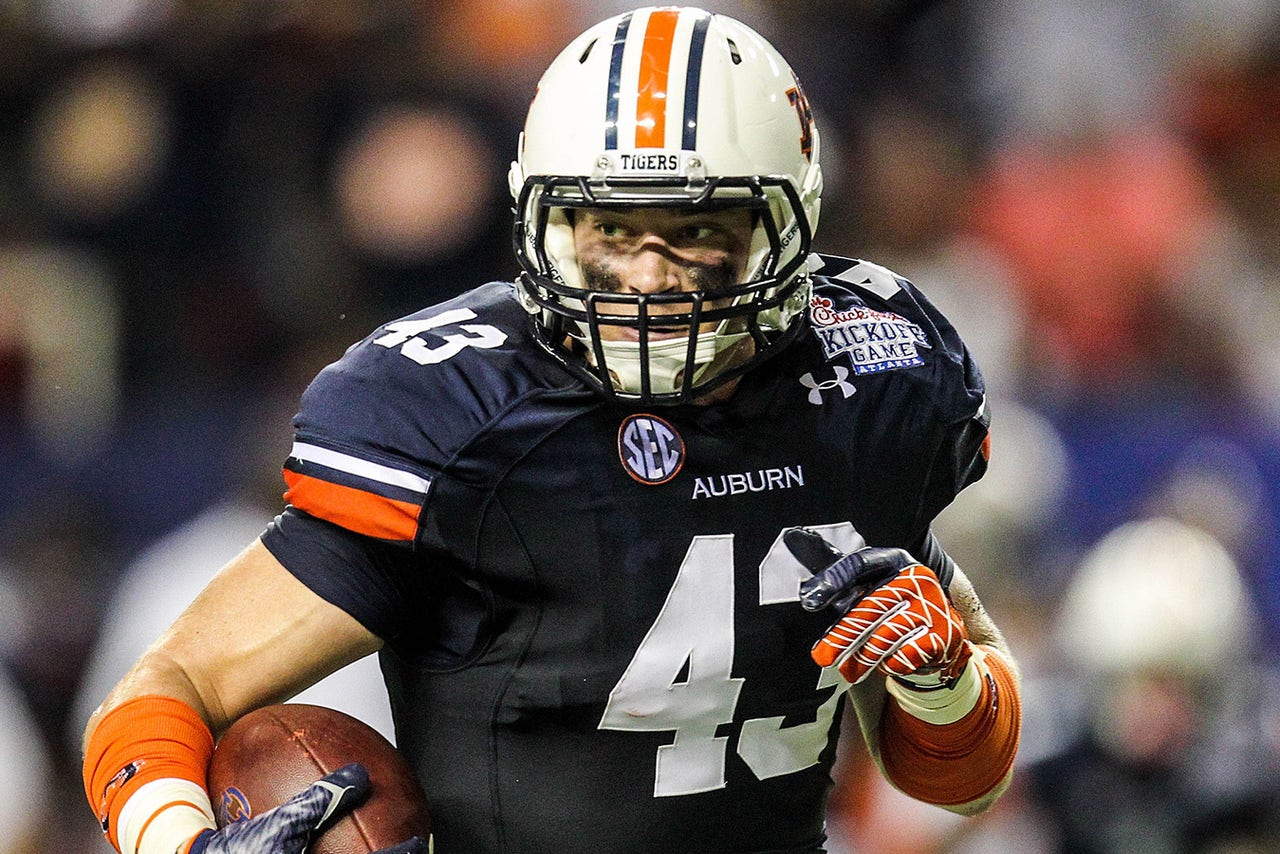 Authorities said Lutzenkirchen, 23, was ejected from a 2006 Chevrolet Tahoe when it overturned several times near LaGrange early Sunday morning. He was a passenger in the vehicle.

Auburn coach Gus Malzahn called Lutzenkirchen "a great player and competitor" and "a great teammate and friend off the field."

"This is a sad day for the entire Auburn family," Malzahn said Sunday in a statement. "I find peace knowing that even though Philip was taken from us too soon, that he lived his life to the fullest, leaving a lifetime of great memories for his family and friends to cherish forever."

Auburn athletic director Jay Jacobs said Lutzenkirchen's death was "a devastating tragedy for his family, the Auburn family and his countless friends."

"He had a strong faith, a big heart and a burning desire to help others," Jacobs said. "Philip was a bright light this world desperately needed, and his death leaves a void that can't possibly be filled."

Driver Joseph Ian Davis, 22, was partially ejected from the vehicle and was also killed, investigators said. Authorities said blood was drawn from Davis to determine whether alcohol was a factor in the crash.

Lutzenkirchen set school records for a tight end with 14 career touchdown catches and seven during the 2011 season. He scored the winning touchdown against Alabama to preserve the national title run in 2010, performing an end zone dance later nicknamed "The Lutzie."

His Auburn career ended early when he opted to undergo hip surgery late in his senior season in 2012.

Lutzenkirchen signed as a free agent with the St. Louis Rams but was waived in August 2013. He was a volunteer assistant coach at Saint James School in Montgomery, Alabama and worked at a wealth management company.

"Philip Lutzenkirchen was what every parent aspires their son to be," former Auburn coach Gene Chizik said in a statement released through the school. "He was compassionate, determined, honorable and full of love, integrity and respect. In 27 years of coaching, I have come across what I would consider to be a few `rare' young men. Phillip was certainly one of those `rare' ones. He truly lived his life for other people and always found time to give to others."

My favorite memory of @lutzenkirchen is how he continually shared his time with a friends ' little girl who lost her leg to cancer.

Rest in peace @lutzenkirchen you will forever be a hero in our hearts. The Auburn family will never forget you.... pic.twitter.com/LccuJIPSAz

I'm gunna miss you so damn much bro! I will never forget you & our goofiness together. Prayers to the the @lutzenkirchen family #TIGHTS!

Other Auburn players and coaches posted tributes to Lutzenkirchen on Twitter.

"The Auburn Family is broken today with the loss of a great Auburn man and friend (Philip) Lutzenkirchen," offensive coordinator Rhett Lashlee wrote. "Crushed and without words."

Lutzenkirchen's Auburn teammate Kodi Burns posted: "Lutz was a brother to me and my other brothers. I loved him. And I will miss him. One of the greatest men I will ever know. RIP love you man."

There will be some amazing tributes this wk abt @lutzenkirchen that speak to a man who was abt a lot more than just catching a bunch of TDs.

Tears shed from my eyes this morning for one of the friendliest guys I've ever met; Phillip Lutzenkirchen! Love you Brother! #PrayersUp

Our Hearts are Heavy with the loss of our Bro Philip Lutzenkirchen ! Please keep his family in your thoughts & Prayer ! #AuburnMan #AUFamily

Lutzenkirchen was a graduate of Lassiter High School in Marietta, Georgia.