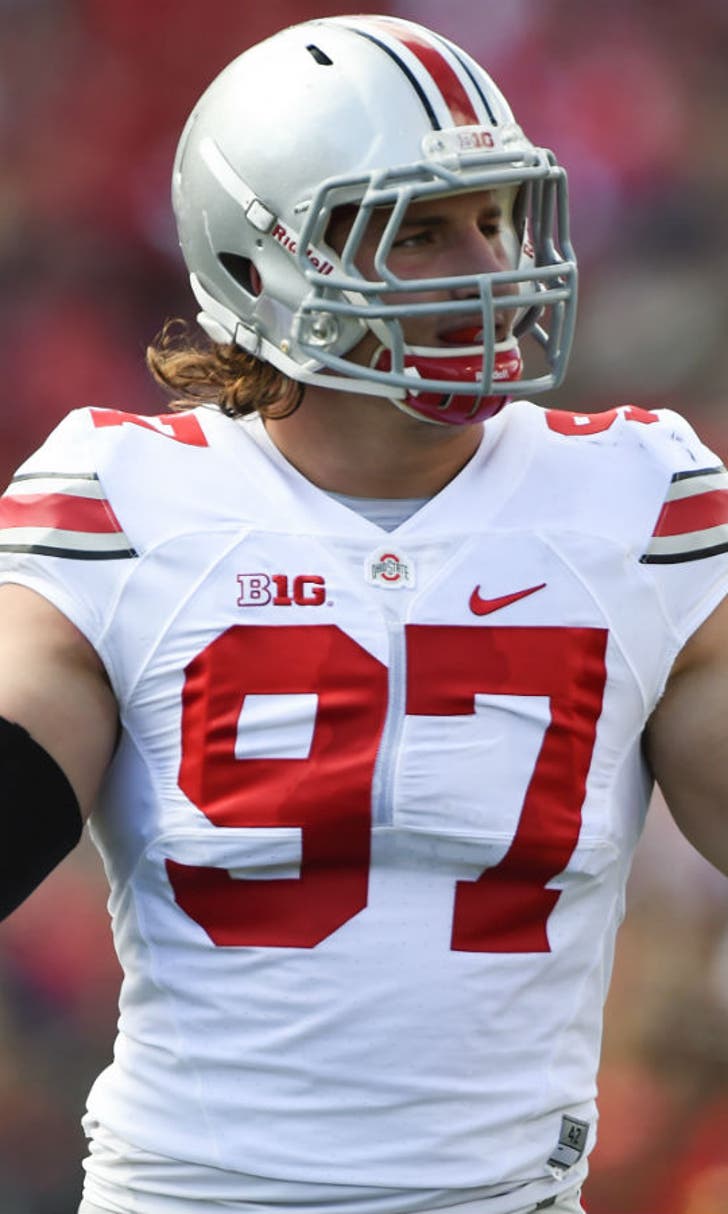 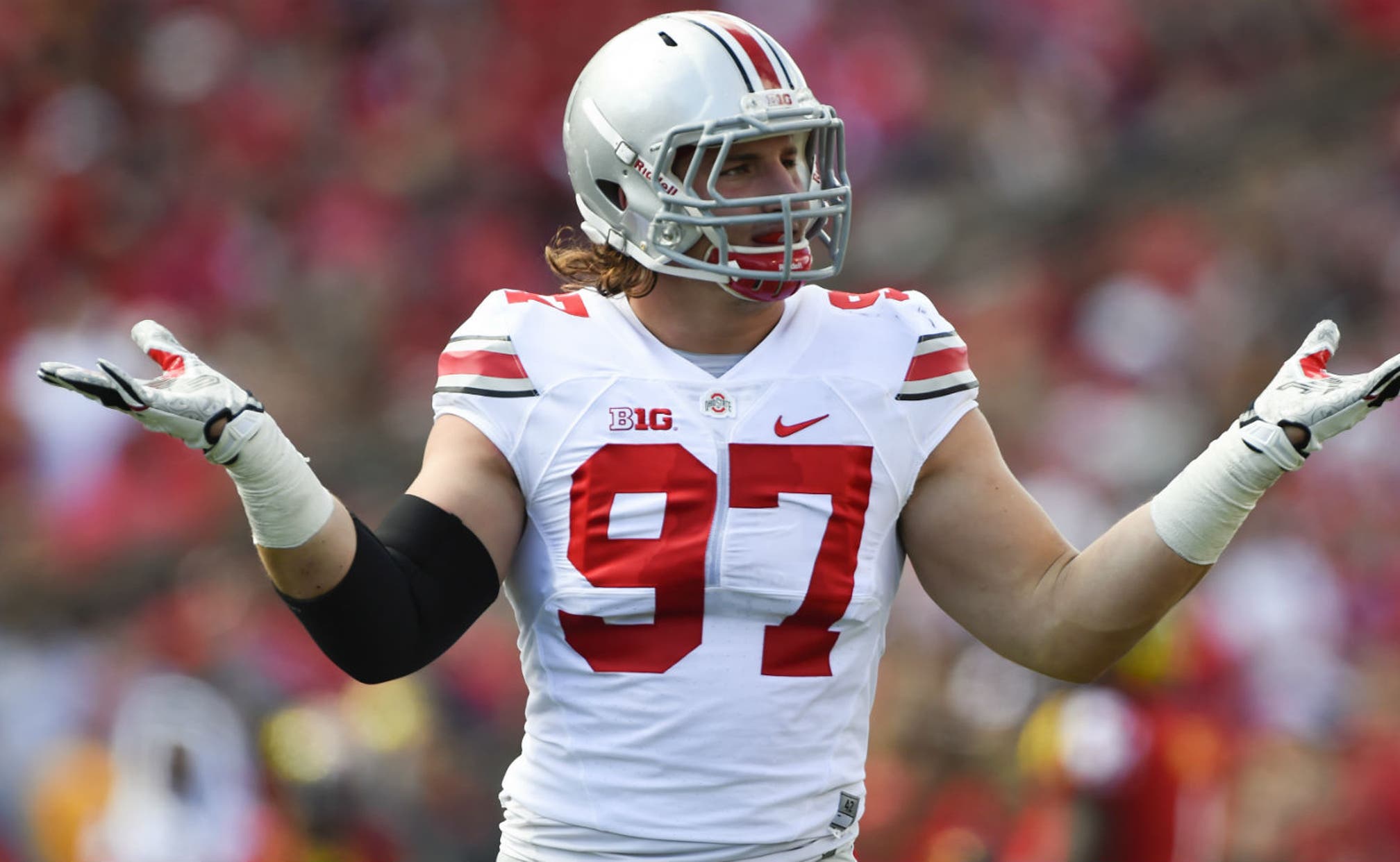 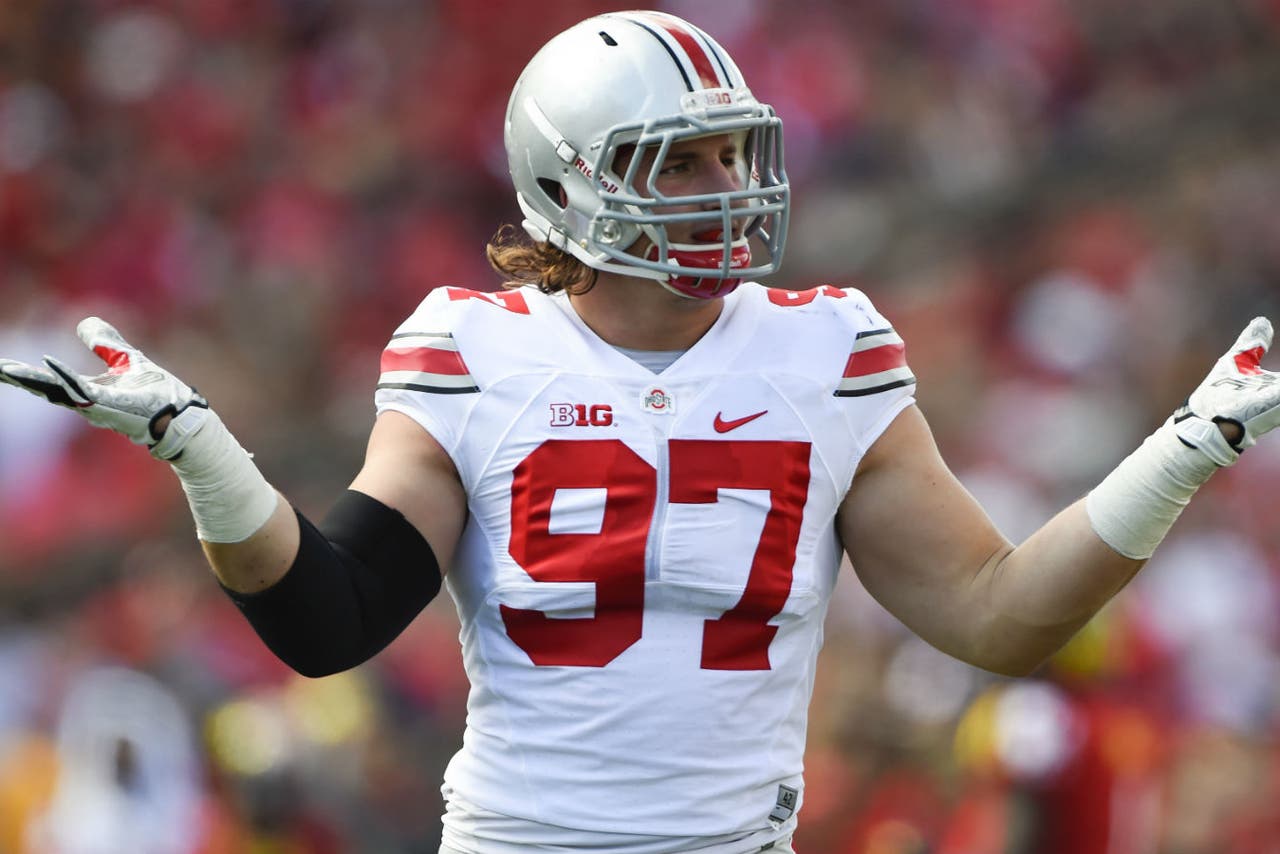 Ohio State's 2014 football team will go down as a dubious footnote in the first round of the 2015 NFL Draft -- but not an unfamiliar one.

The revelation no players viewed as elite prospects by NFL teams have departed from coach Urban Meyer's roster resulted in a wave of optimism across social media as Ohio State fans and media alike began to wonder just how good the Buckeyes will be on the field in 2015 and how many could be picked high in the draft in '16.

While media projections a year in advance tend to be dubious, it is not hard to wonder if senior left tackle Taylor Decker or any number of eligible underclassmen -- defensive end Joey Bosa, running back Ezekiel Elliott, linebacker Darron Lee and safety Vonn Bell, to name a few -- could hear their names called in the first round next year. Quarterback Cardale Jones, despite only three career starts so far, also possesses a tantalizing combination of size and strength that could make him a first-rounder if he has a strong season this fall.

Of course all that talent is no guarantee of on-field success, either, at least if success is defined as repeating as national champions, as defensive coordinator Luke Fickell reminded reporters in March.

Leave it to the Master
OSU's Master Teague III ran all over Indiana's defense last weekend, earning Reggie Bush's 'Playmaker of the Week' award.
4 days ago

CFP Rankings: What You Need To Know
The first College Football Playoff rankings were released on Tuesday, and the Alabama Crimson Tide are in the top spot.
6 days ago
those were the latest stories
Want to see more?
View All Stories
Fox Sports™ and © 2020 Fox Media LLC and Fox Sports Interactive Media, LLC. All rights reserved. Use of this website (including any and all parts and components) constitutes your acceptance of these Terms of Use and Updated Privacy Policy. Advertising Choices. Do Not Sell my Personal Info