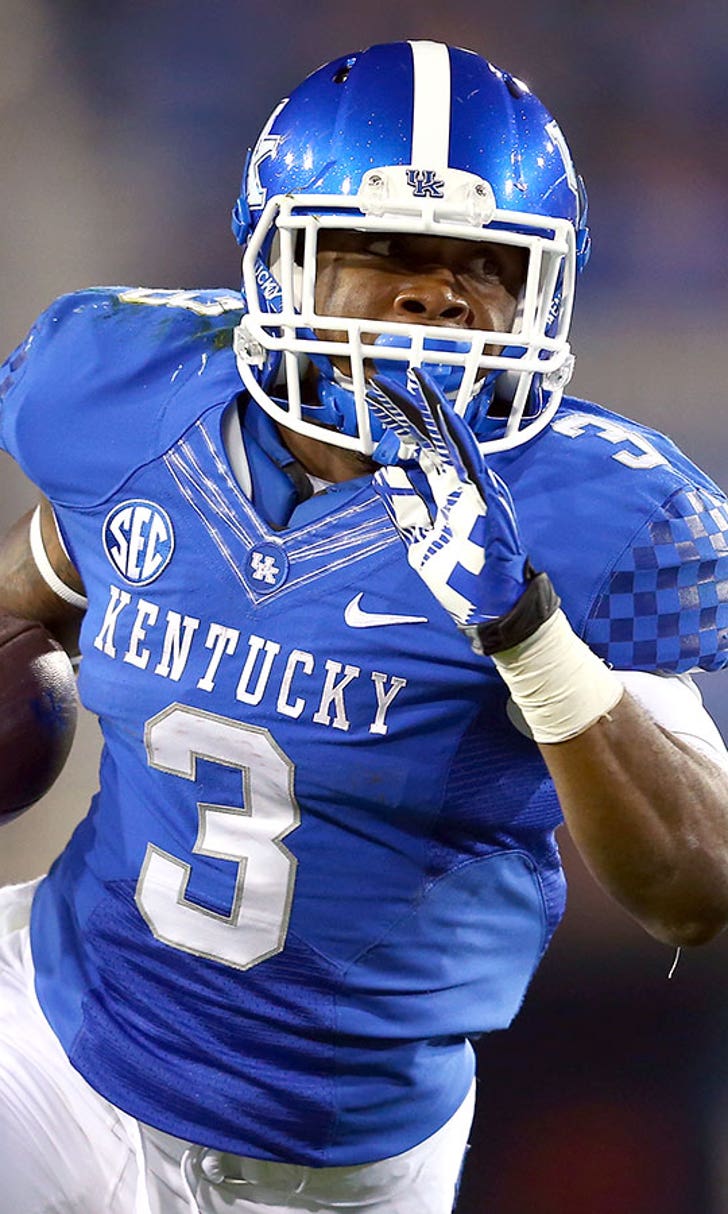 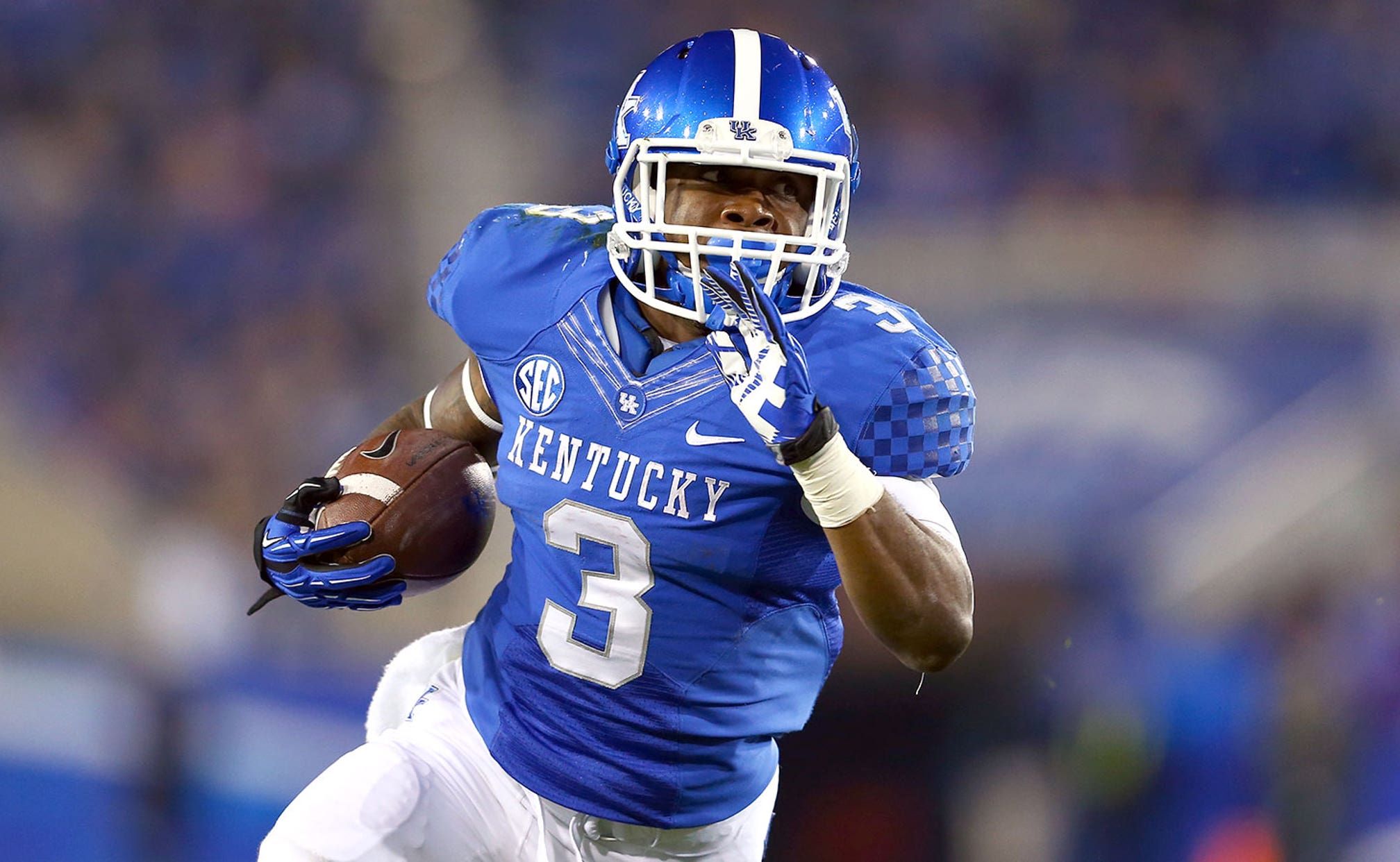 Kentucky running back JoJo Kemp poured gasoline all over the Florida game and struck a match.

Now, it appears the Gators are fanning the flames.

Ahead of the Wildcats' meeting in the Swamp, Kemp was quoted by the Courier-Journal as saying: "A couple of my (high school) teammates actually went to Florida, so I'm familiar with a lot of those guys. It's going to be fun walking out with a victory and rubbing it in their faces."

Not only did the comment infuriate Kentucky head coach Mark Stoops, but on Wednesday the image below surfaced on Reddit: 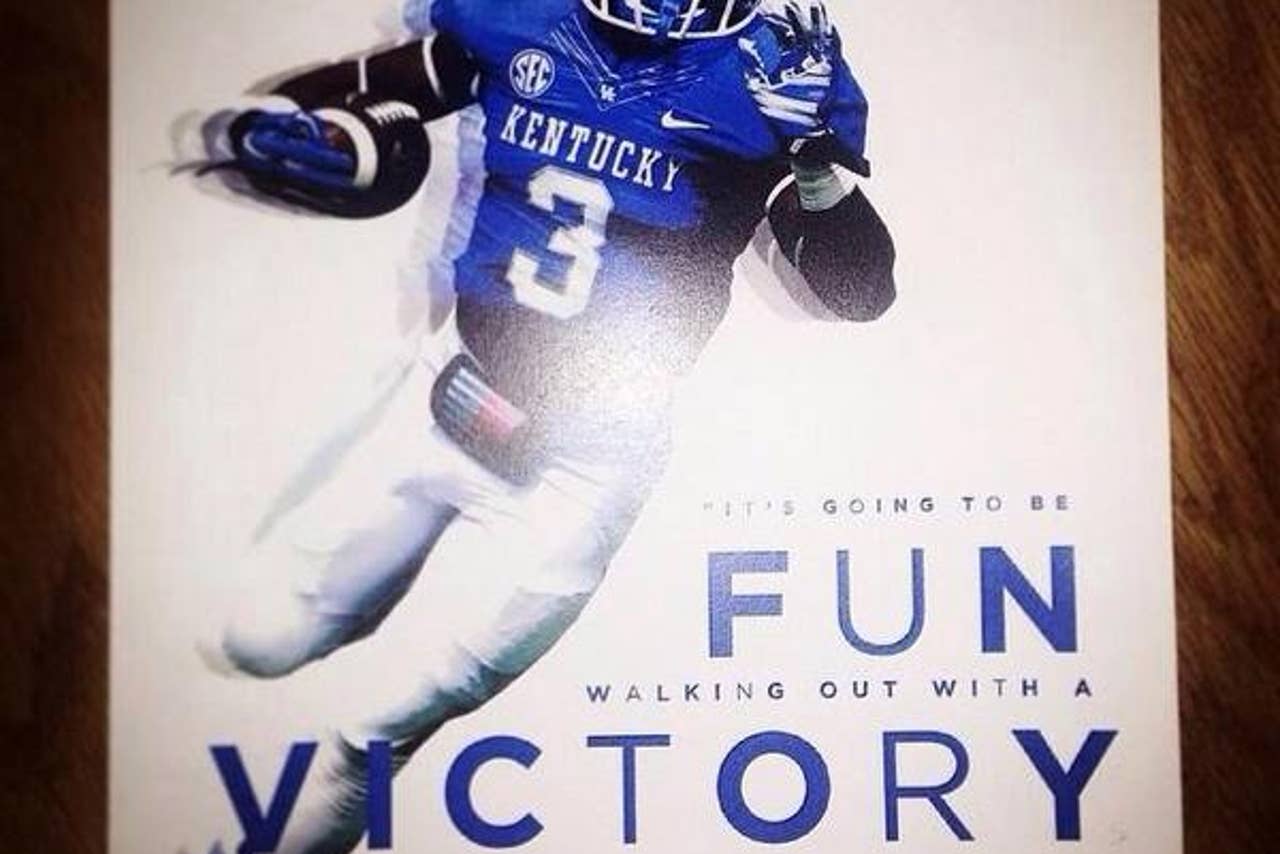 Rivals writer Landon Watnick tweeted that the poster appeared on Facebook, too. The account looks to belong to Gators senior walk-on AJ Mobley:

But according to the Associated Press, the Gators brushed off Kemp's comments for the most part. Linebacker Michael Taylor said he didn't believe it would provide extra motivation, considering Florida already had incentive to rebound from a 4-8 finish last season.

Cornerback Vernon Hargreaves III said he hadn't seen Kemp's remarks but had heard about them. He added that his focus was on the game.

But when asked if he'd keep those comments in mind for later, Hargreaves said, "yeah, I guess so. At the end if we beat them, it's a little something to rub in his face. We're not looking too much into it."

Will Kemp be forced to eat his words? Or did someone in Gainesville just waste a bunch of expensive printer ink? We'll find out Saturday.

Indiana Stuns Penn State Amid Controversy
Did he make it? Should it have been overturned? Twitter had plenty to say about the controversial victory vs. Penn State.
4 days ago

Buckeyes Dominate in Debut
Justin Fields and Ohio State found their footing in the second half en route to a demolition of Nebraska on Saturday.
4 days ago

Rolling Over the Defense
After a dominant performance in a win over Georgia, Reggie Bush named Alabama's DeVonta Smith his 'Playmaker of the Week.'
5 days ago
those were the latest stories
Want to see more?
View All Stories
Fox Sports™ and © 2020 Fox Media LLC and Fox Sports Interactive Media, LLC. All rights reserved. Use of this website (including any and all parts and components) constitutes your acceptance of these Terms of Use and Updated Privacy Policy. Advertising Choices. Do Not Sell my Personal Info