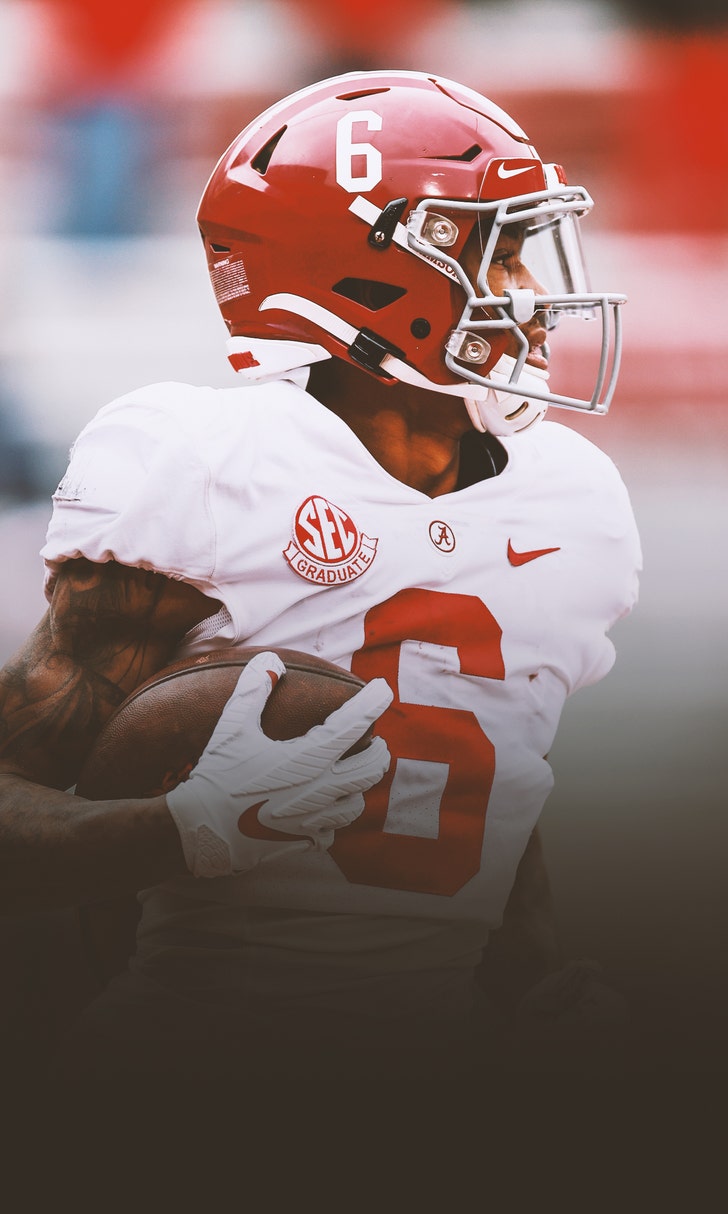 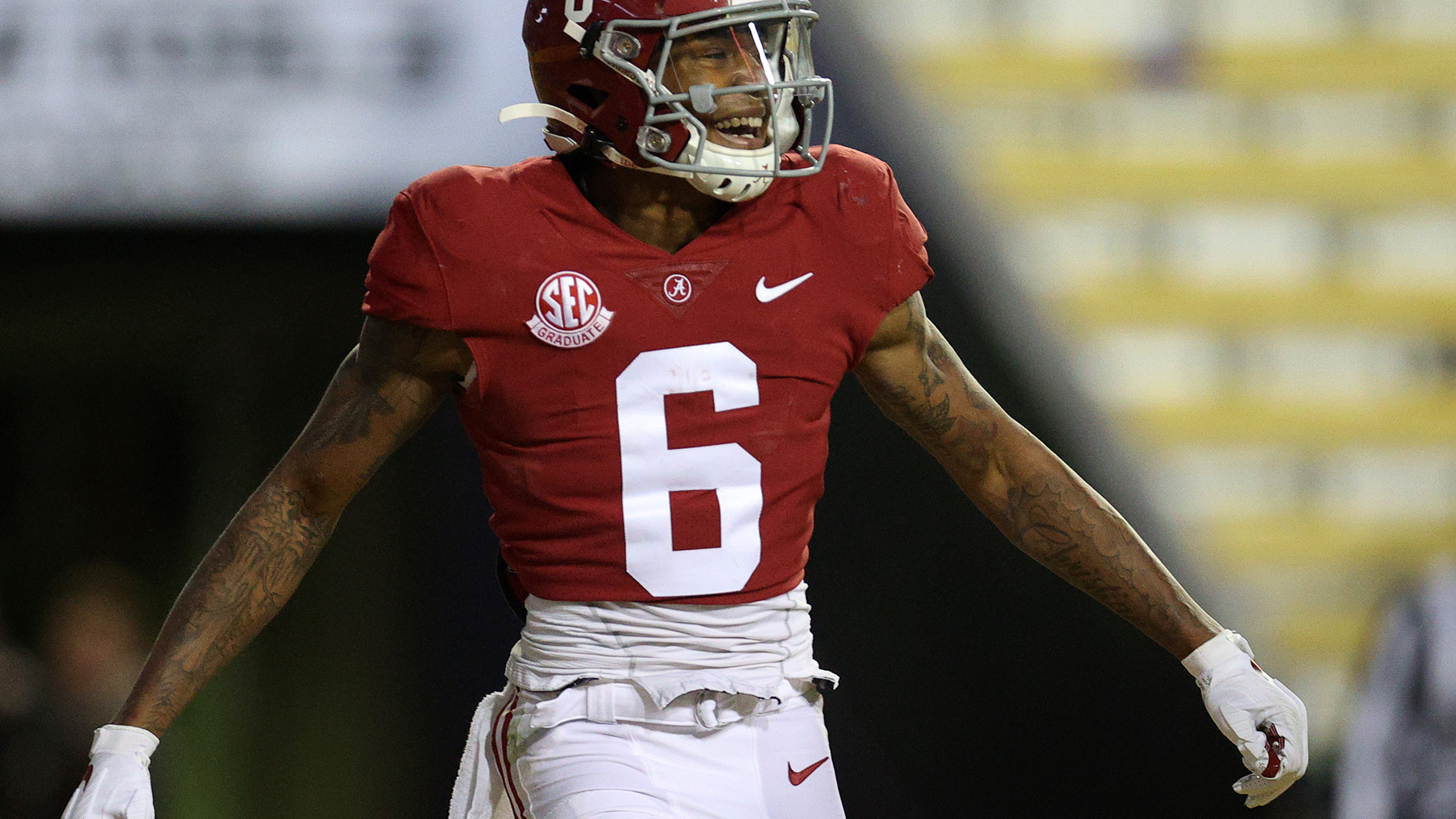 DeVonta Smith has done everything this season except strike his Heisman pose.

To improve to his already ridiculous resume, the Alabama superstar added an extra-special special teams play on Saturday in the Tide's dominant win over Arkansas in the form of an 81-yard punt return touchdown.

So far this season, Smith has 80 catches for 1,305 yards and 15 touchdowns, averaging 16.3 yards per catch for the undefeated top-team in the nation.

Smith has posted over 100 yards in six of Alabama's 10 games, and has scored in all but two contests.

Smith ranks in the top three of every major receiving category in college football, including first in receiving yards (1,305), second in receptions (80) and second in scores (15) as of Saturday afternoon.

The Heisman Trophy is known as a quarterback award, and right now, the discussion seems to be surrounding Alabama quarterback Mac Jones and Florida quarterback Kyle Trask, both having outstanding seasons in their own right.

But are they the players that Smith is? Most think not.

And the sports world has begun campaigning for Smith to get serious Heisman consideration.

The award hasn't gone to a wideout since Michigan’s Desmond Howard in 1991.

But with Alabama meeting Florida in the SEC Championship Game next Saturday, Smith will have one more chance, on one of the biggest stages in college football, to show why the award should come back to Tuscaloosa in the hands of a receiver.

Top 10 Heisman Contenders For 2021
RJ Young takes a super early look at which players could compete next season for college football's highest honor.
6 days ago