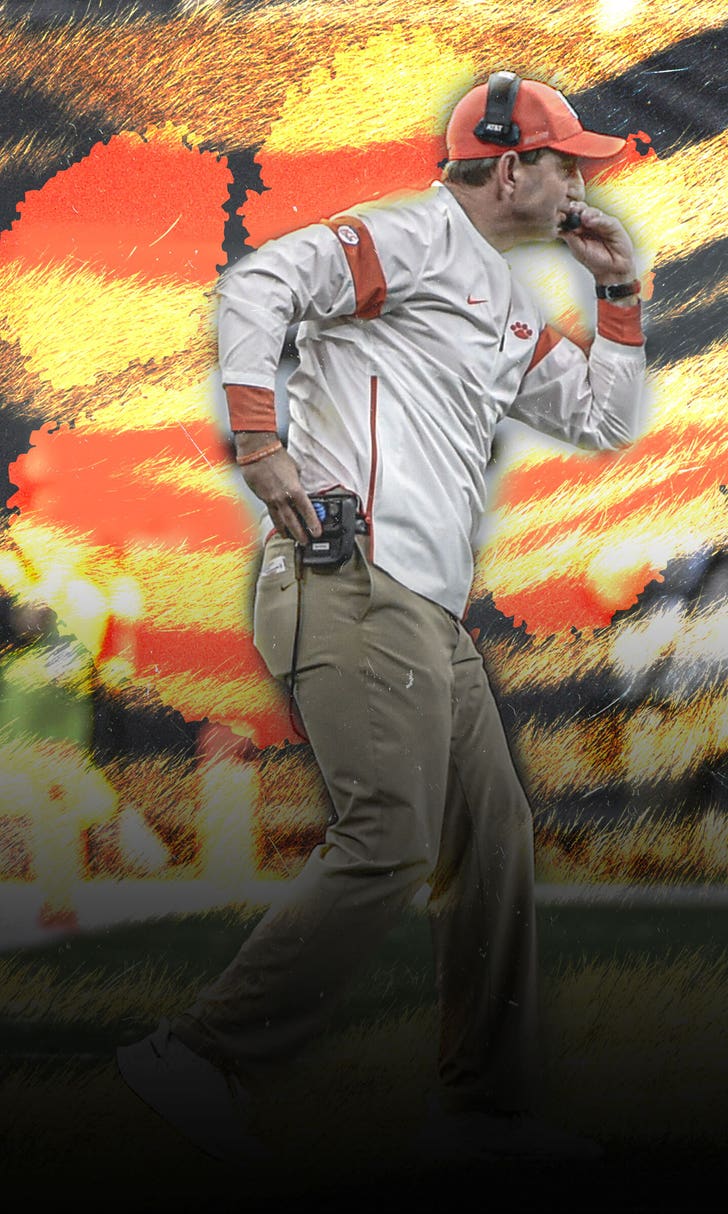 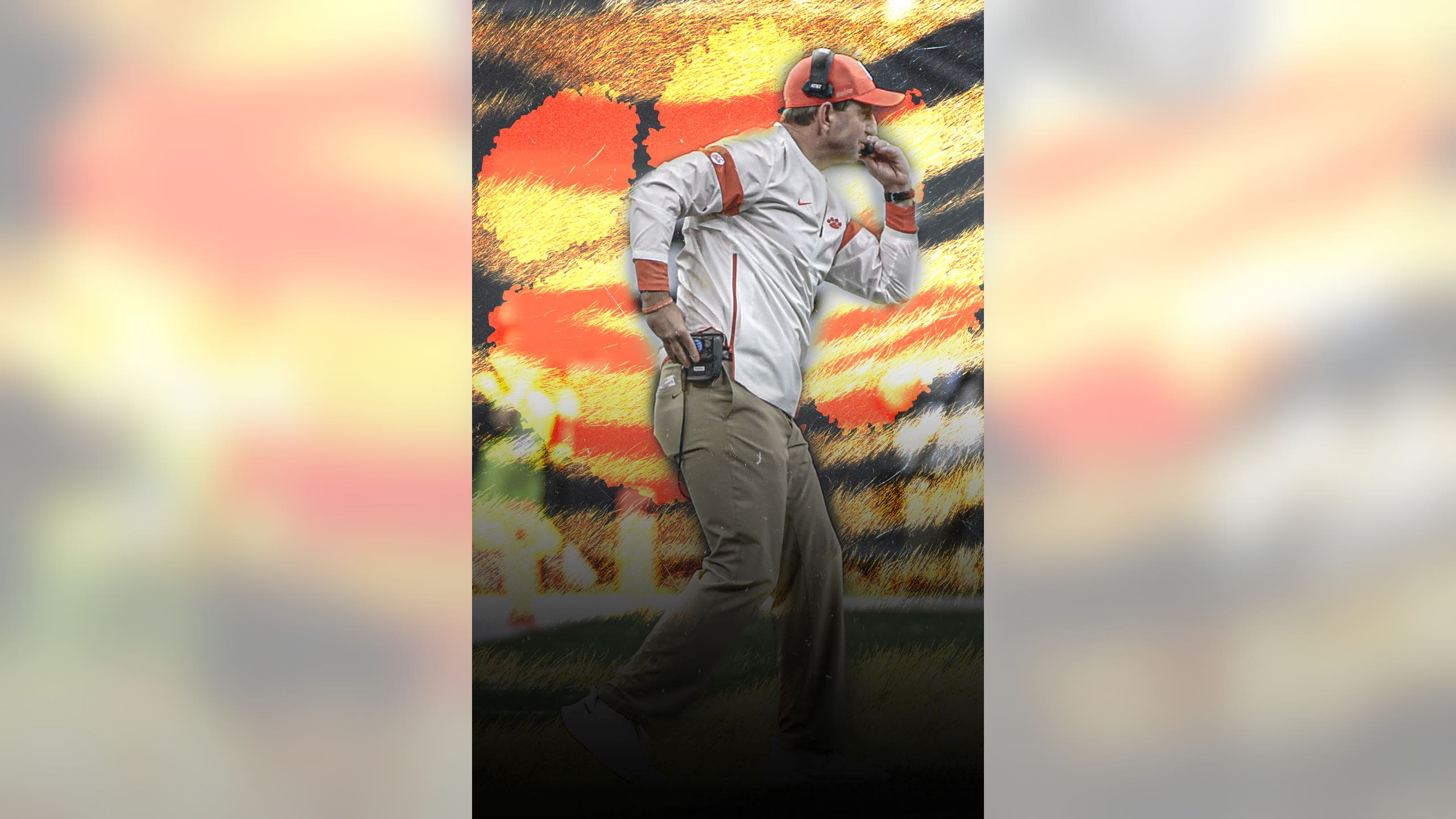 Ahead of the Clemson Tigers' semifinal matchup against the Ohio State Buckeyes in the College Football Playoff on New Year's Day, Swinney's final regular season ranking of the Big Ten champions caught major attention on Monday.

While the CFP selection committee deemed Ohio State the country's No. 3 team, Swinney didn't include the Buckeyes in the top 10 of his poll.

Call it disrespect, gamesmanship, brutal honesty or anything you'd like – but it's certainly eye-catching.

Swinney isn't the only coach that left the Buckeyes outside of the top four, but he is the coach that ranked them the lowest.

The 51-year-old Clemson head coach has expressed his reluctance to reward teams that played a truncated schedule, so perhaps his ranking shouldn't come as a shock.

Earlier this month, Swinney joined The Rich Eisen Show to lay out his thoughts on the playoff selection process ⁠— while not calling out Ohio State directly.

"If I was on the committee, it would be hard for me to leave out a 10-1 Texas A&M or an 11-game Florida team over a team that's played six games ... It doesn't mean they're not a great team and couldn't win the whole thing ... I just think from a big-picture standpoint, I would lean toward rewarding the teams that have been all-in because it's been an incredible challenge."

Ohio State squeezed in just six games, including the conference championship, after the Big Ten delayed the start of the season amid concerns for player safety during the pandemic.

Once the season got underway, Ohio State faced additional scheduling challenges, as outbreaks impacted both the Buckeyes and their opponents on certain weeks, resulting in game cancelations.

Despite a shortened resume, Ohio State made the top four in the ballot that truly matters: the selection committee's. But that doesn't mean the apparent slight from Swinney, who is 3-0 lifetime against OSU, is going under the radar.

The Herd's Joy Taylor sees the situation as Swinney drumming up interest not only in the semifinal but in Clemson's program, too.

"Dabo knows he has the upper hand on Ohio State right now. They beat Ohio State last year so Clemson is on the top of the hill. It hurts Ohio State’s argument that they’ve only played six games, even if it’s not their fault. Dabo is also selling the fight. This will become a great rivalry between two strong fan bases, it’s great for recruiting if they win after flexing. Clemson also has very little concern about falling off after Trevor Lawrence leaves, since they have DJ Uiagalelei. After watching Ohio State against Northwestern this weekend, Dabo doesn’t look so crazy."

Here are some other reactions from social media:

The early odds point toward the Tigers upending the Buckeyes by at least a touchdown, with FOX Bet's point spread showing Clemson at -7.5 on Monday.

Whatever Swinney's reasoning for ranking the Buckeyes where he did, look for a bit more spice in the Sugar Bowl this year.

Is Bama The Best Of The Best?
Best team ever? Top recruiting class of all-time? Best skill player of the Saban Era? RJ Young answers the tough questions.
6 days ago