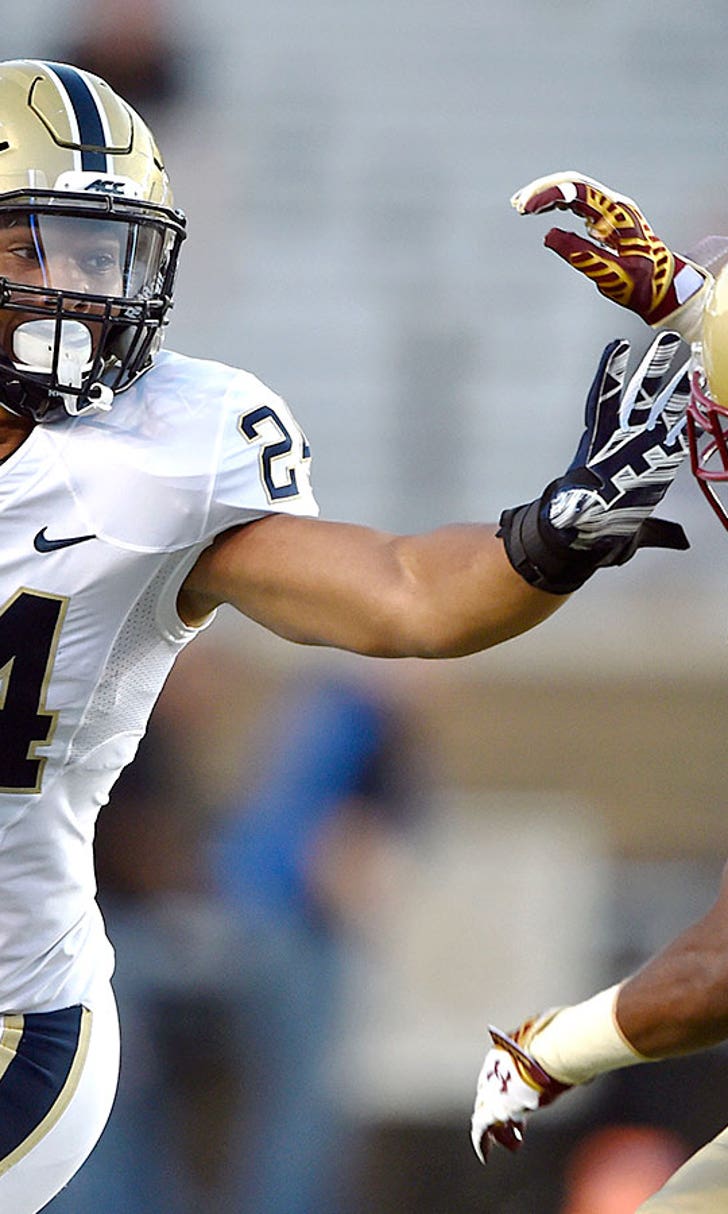 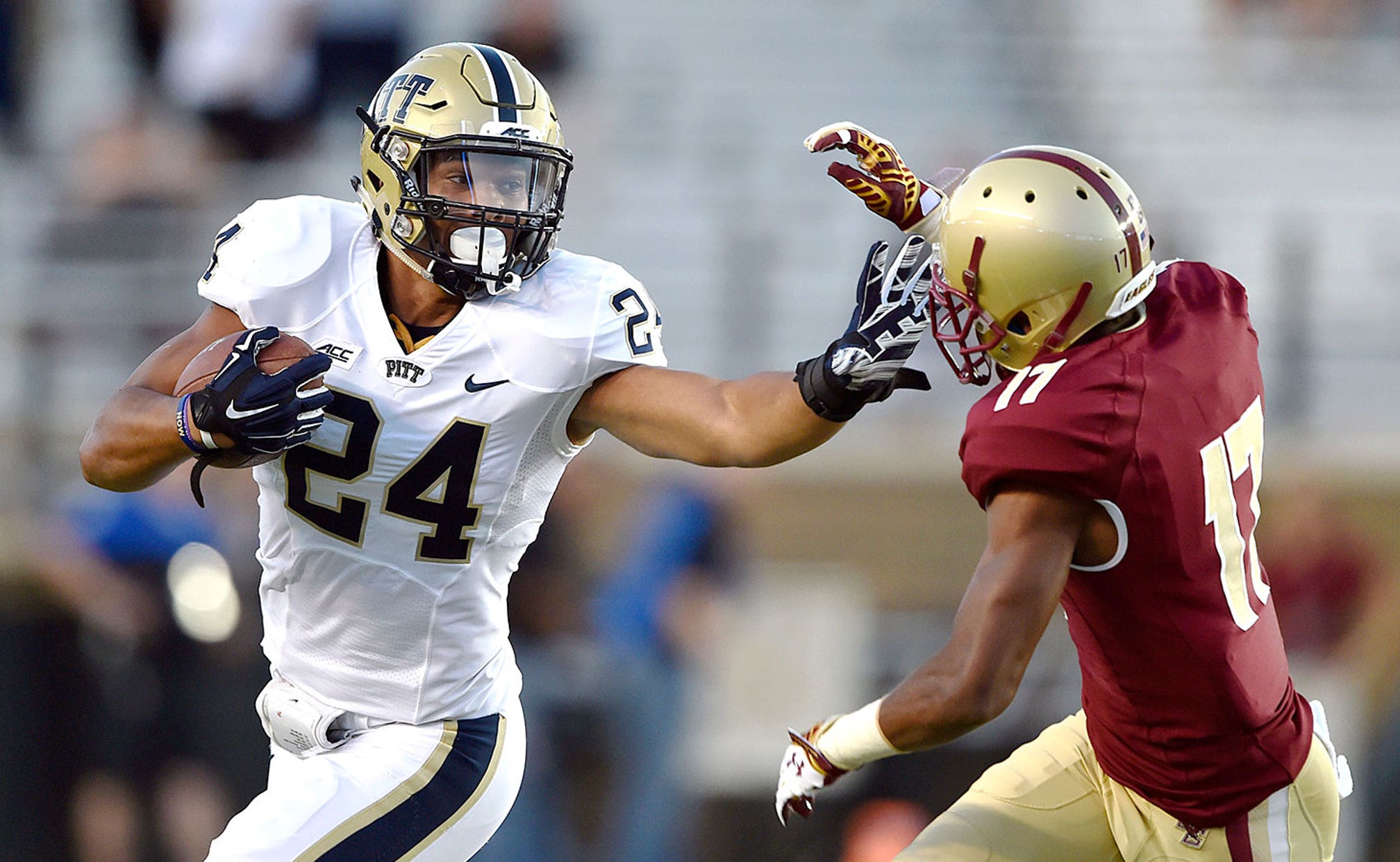 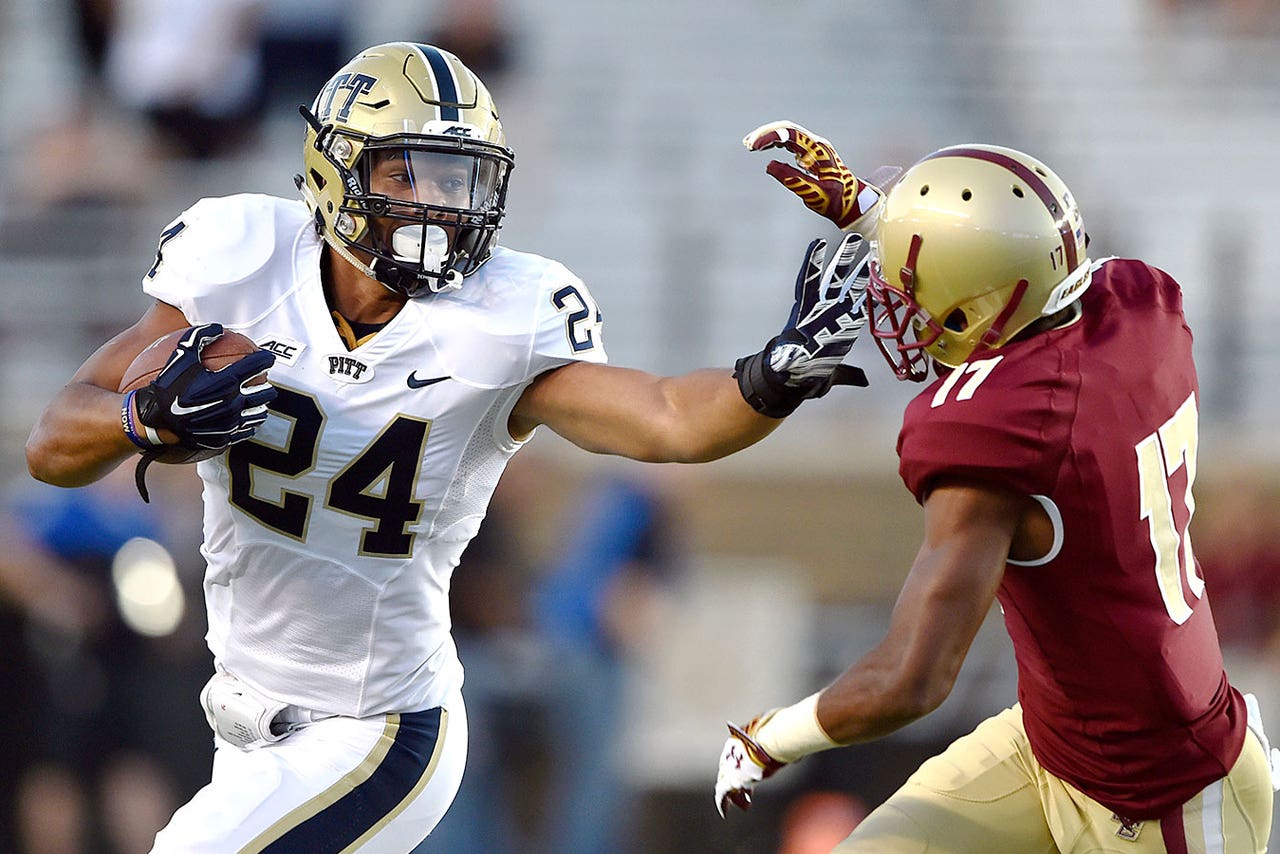 BOSTON -- James Conner ran for 213 yards and a touchdown to lead Pittsburgh to a 30-20 victory over Boston College on Friday night in the first Atlantic Coast Conference matchup between the former Big East foes.

The 250-pound sophomore, who ran for 153 yards and four touchdowns against the Blue Hens last week, broke free for a 9-yard TD run against the Eagles that made it 27-7 in the third quarter and all-but put the game away.

Tyler Murphy completed 10 of 28 passes for 134 yards for BC, with a touchdown and two interceptions. The transfer quarterback also ran 15 times for 92 yards and a 2-yard touchdown run that, with the missed 2-point conversion, made it 30-20 with 43 seconds left.

BC recovered the onside kick, but Murphy's pass was intercepted in the end zone with 6 seconds left.

After running for 338 yards against UMass in their first game since the graduation of Heisman Trophy finalist Andre Williams, the Eagles gained 142 on Friday. The top BC running back, Myles Willis, gained 14 yards on seven carries.

Conner ran three times for 17 yards on the opening drive before it stalled at the BC 31 and Pitt settled for a field goal. On BC's first possession, Murphy broke free on a keeper for 51 yards before he was pushed out at the 1 while diving for the pylon.

Originally ruled a touchdown, it didn't go on the board until one play later when Tyler Rouse went up the middle to make it 7-3.

It stayed that way until Pitt scored on a 71-yard drive early in the second. The Panthers got 41 yards on carries by Conner before Voytik connected with Boyd on a 15-yard jump ball in the end zone to give the Panthers a 10-7 lead.

It was 13-7 when BC drove to the Pitt 27 but then took a 3-yard loss and a penalty to fall out of field goal range. The punt went into the end zone and left Pitt with 1:15 left in the half.

Boyd ran for 19 yards and picked up another 15 on a horse-collar tackle, then Voytik led the Panthers to the 5 before hitting Boyd for the touchdown that made it 20-7 at the half.

Pittsburgh made it 27-7 thanks to a 41-yard pass to Boyd that set up Conner's 9-yard touchdown run. BC answered with a 48-yard pass to Shakim Phillips, but could never get any closer until it was too late.