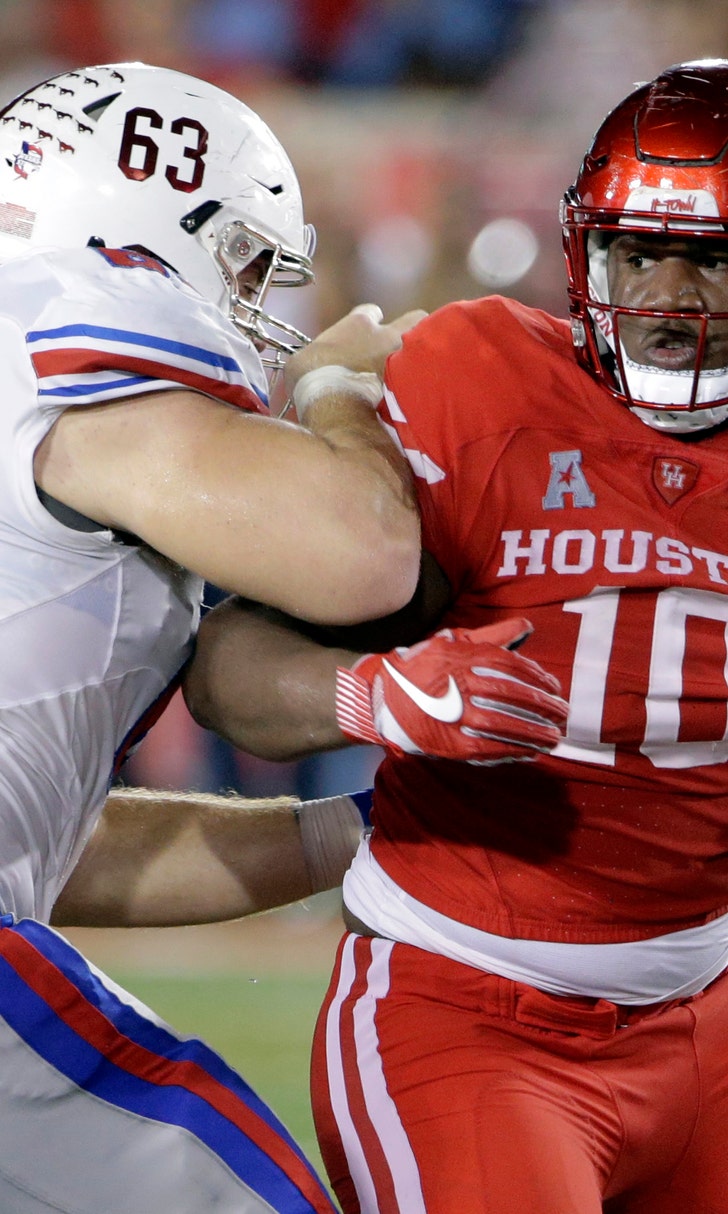 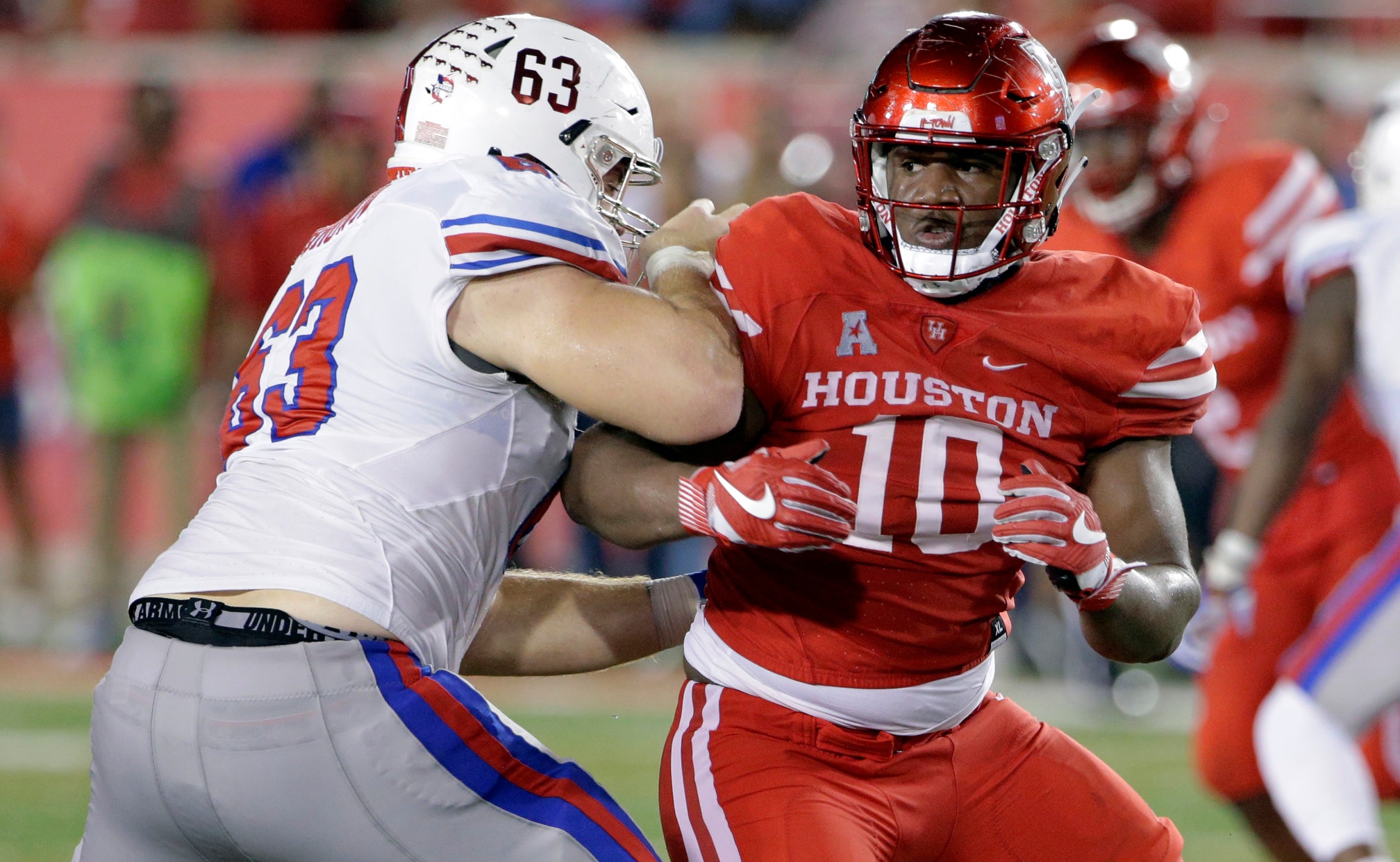 COLLEGE FOOTBALL '18; D-line is where stars are this season

If you are looking for the best players in college football this season, pay attention to the defensive line.

A group of former blue chip prospects has bloomed into dominant defenders who will be wrecking offenses across the nation in 2018. Then in 2019, they will likely be packing the first round of the NFL draft.

Narrowing the star-studded class to six is difficult. Clemson alone has four. But here are the best of the big fellas who could be draft eligible in 2019:

The junior has already announced he will enter next year's draft. No need to wait. Oliver was practically NFL ready when he arrived at Houston, choosing his hometown university over the Power Five programs. He has 38 1/2 tackles for loss in two seasons. At 6-foot-3 and 290, Oliver combines power, quickness and rare sideline-to-sideline speed for an interior lineman. Houston will push him as a Heisman Trophy contender, but he is more likely to be the first pick in next year's draft.

Bosa's brother, Joey, was a star for the Buckeyes from 2013-15 and ended up being the third overall pick in the draft by San Diego. He was defensive rookie of the year in 2016 and made the Pro Bowl last year. At 6-4 and 270, Nick Bosa appears to be on the same path. As a sophomore last season, Bosa shared playing time with three defensive ends who were drafted last season, which makes the 8 1/2 sacks and 16 tackles for loss even more impressive. Bosa has an impressive teammate in defensive tackle Dre'Mont Jones.

Gary was the No. 1 overall recruit coming out of high school in 2016. He broke out as a sophomore last season, with 5 1/2 sacks and sturdy play against the run. The Wolverines could probably use a few more sacks out of the 6-5, 281-pound junior, and if he does improve his pass rush he could push to be No. 1 overall when the NFL's drafts next April. Gary will get plenty of help from teammate Chase Winovich, another potential first-round pick.

Yep, all of them. Defensive tackle Christian Wilkins and defensive ends Clelin Ferrell and Austin Bryant all could have left school after last season and been NFL picks. Instead, they all returned for another season. None more surprising than Wilkins, a 300-pound junior who has played extensively since his freshman year. The best of the bunch might be the youngest. Dexter Lawrence, the 340-pound junior, played through nagging injuries last year and could be a monster.

At 6-7, 306, there is no more imposing player in college football than Alabama's Raekwon Davis, who had 10 tackles for loss last season and seems primed to be just the next in a long line of dominant defenders for Nick Saban. Not to be outdone by its Iron Bowl rival, Auburn has a star in Derrick Brown, a 325-pound rock in the middle of what could be the SEC's best defensive line.

Allen broke out as a junior last season. He was one of two defensive linemen in the country to make at least 100 tackles. Unlike the others, Allen was a three-star recruit who has blossomed into a star for the Eagles, going from 250 as a freshman to 285 heading into his senior season.