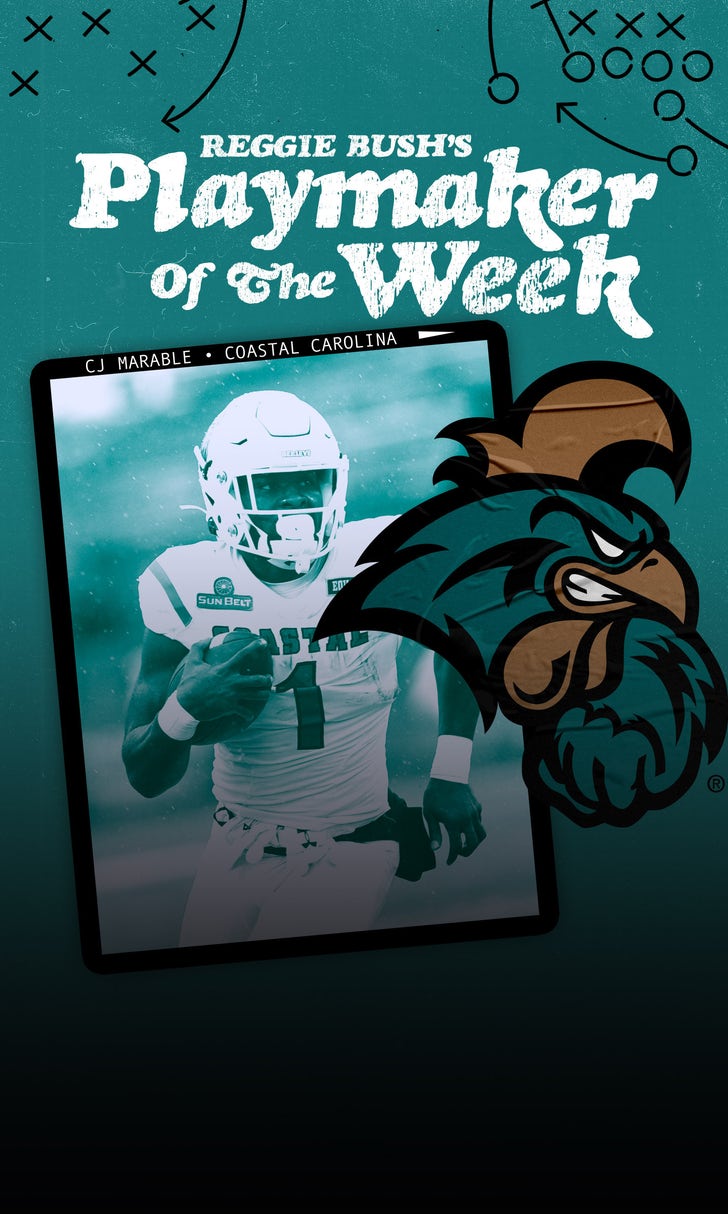 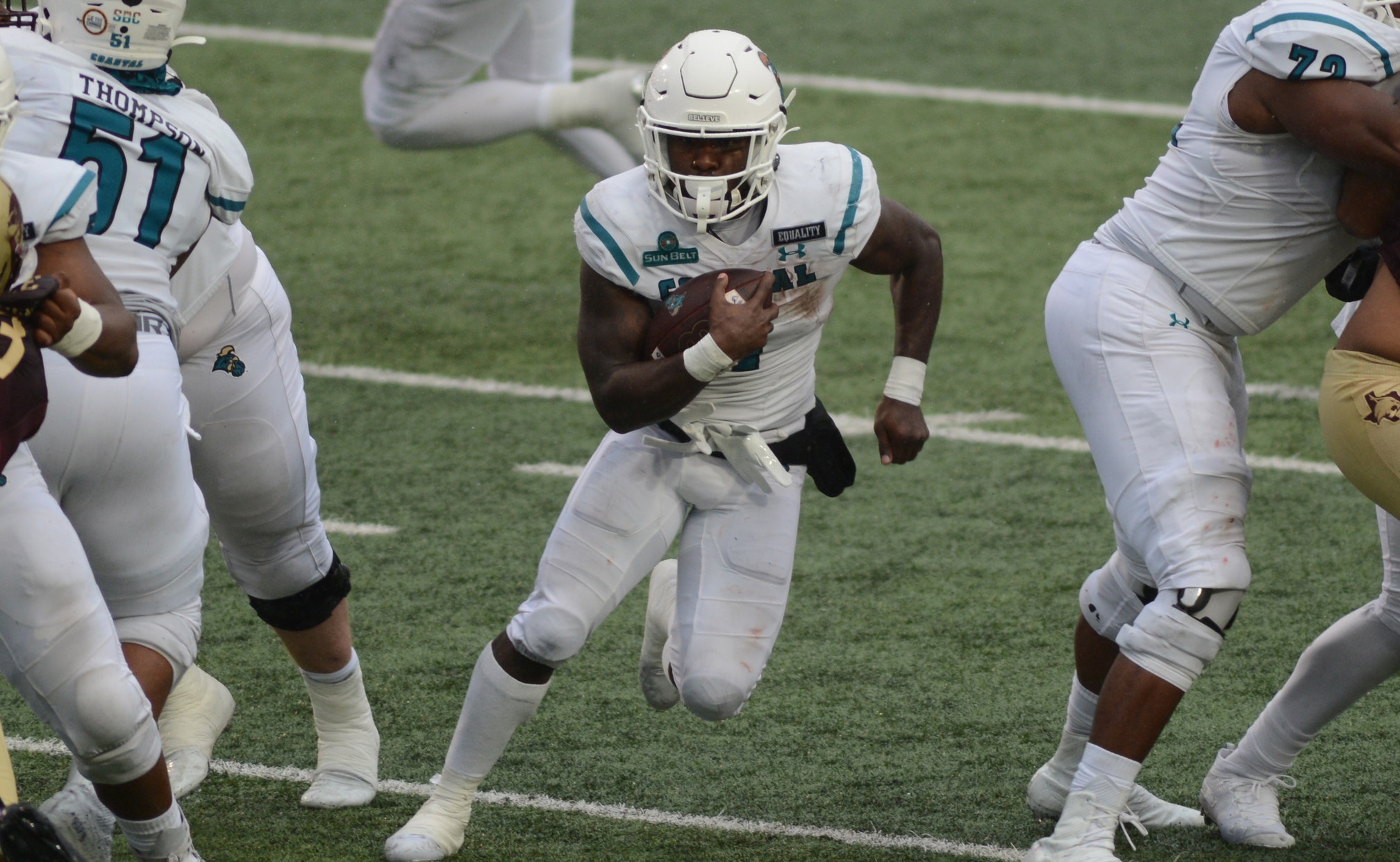 Put on Notice From Coast To Coast

Coastal Carolina's CJ Marable ran wild over BYU last Saturday to silence the doubters and hand the Cougars their first loss of the season.

As the No. 13 Chants stole the spotlight, FOX Sports college football analyst Reggie Bush took notice and made the Coastal Carolina running back his Playmaker of the Week.

Marable finished Coastal Carolina's win with 23 carries for 132 rushing yards and two scores in the 22-17 victory.

Much of the conversation heading into Saturday surrounded BYU, as they were the Group of Five team many believed would be overlooked by the College Football Playoff committee – but, instead, Coastal Carolina proved they were the school fans should be watching.

Marable said being overlooked by the public fired the team up.

"I felt like they were making all this for BYU. I just felt like we were disrespected. That just put a chip on our shoulder and motivated us."

Clearly, it worked, as the Chants shut down BYU's high-powered offense and stopped the Cougars' potential playoff hopes a yard short.

"I can't even explain it ... to get that 'W'. just to change the program around here, it was amazing," Marable added.

That marked the Chants' second win over a top-25 team this season (more than Ohio State) and they have another victory over a respectable 5-2 Appalachian State squad.

But Marable and his boys knew from the beginning of the season what they could accomplish.

"We knew what we were capable of doing ... And everything is happening like we planned."

While the win may not propel Coastal Carolina into the CFP, Marable and the Chants have no doubt they've earned their spot.

"I feel like when it comes down to it, we stack up even with the other 12 teams to be honest. I feel like we deserve to be in the New Year's Six."

FOX Bet isn't counting out Coastal Carolina either, as they have them listed as heavy underdogs (+25000) to win the national title – but they're on the board.

Check out the full interview below:

Get more from Coastal Carolina Chanticleers Add to your favorites to get information about games, news and more.
in this topic 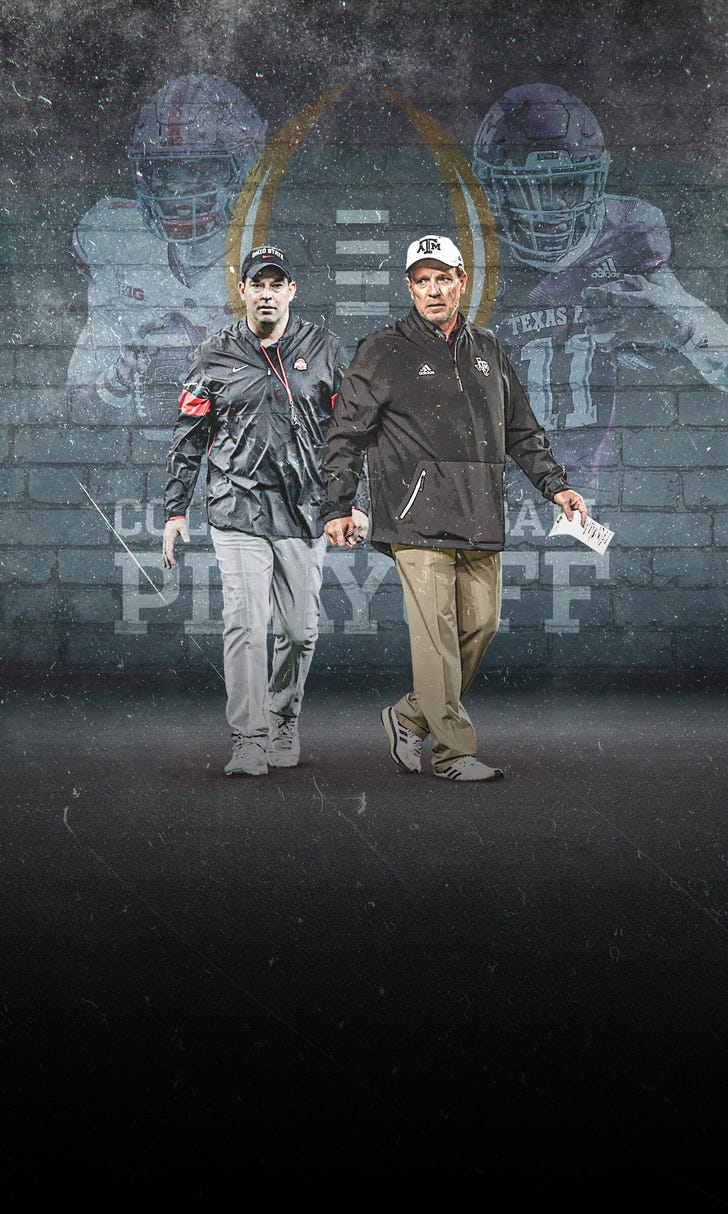 Who Has Inside Track To Playoff?
Bama's in. ND's likely in. Beyond that, RJ Young says there's the potential for chaos in the race for the final Playoff spots.
December 16, 2020

College Football's Top Plays: Week 15
From LSU's wild upset of No. 6 Florida to Sarah Fuller's historic kick, check out the top moments from Saturday!
December 12, 2020
those were the latest stories
Want to see more?
View All Stories
Fox Sports™ and © 2021 Fox Media LLC and Fox Sports Interactive Media, LLC. All rights reserved. Use of this website (including any and all parts and components) constitutes your acceptance of these Terms of Use and Updated Privacy Policy. Advertising Choices. Do Not Sell my Personal Info