The other finalists announced Wednesday are:

The finalists, chosen from all levels of the college football, receive $18,000 postgraduate scholarship. The winner will be announced Dec. 4 at the National Football Foundation's and College Hall Fame's induction ceremony and awards dinner in New York. The winner receives an additional $7,000 in scholarship money.

Past winners of the Campbell Trophy, which was established by the NFF in 1990, include Peyton Manning and Tim Tebow.

D'Eriq King Reintroduces Himself
The Miami QB dazzled in primetime, while Clemson and Notre Dame looked dominant in the ACC. Here's what happened Saturday.
6 days ago 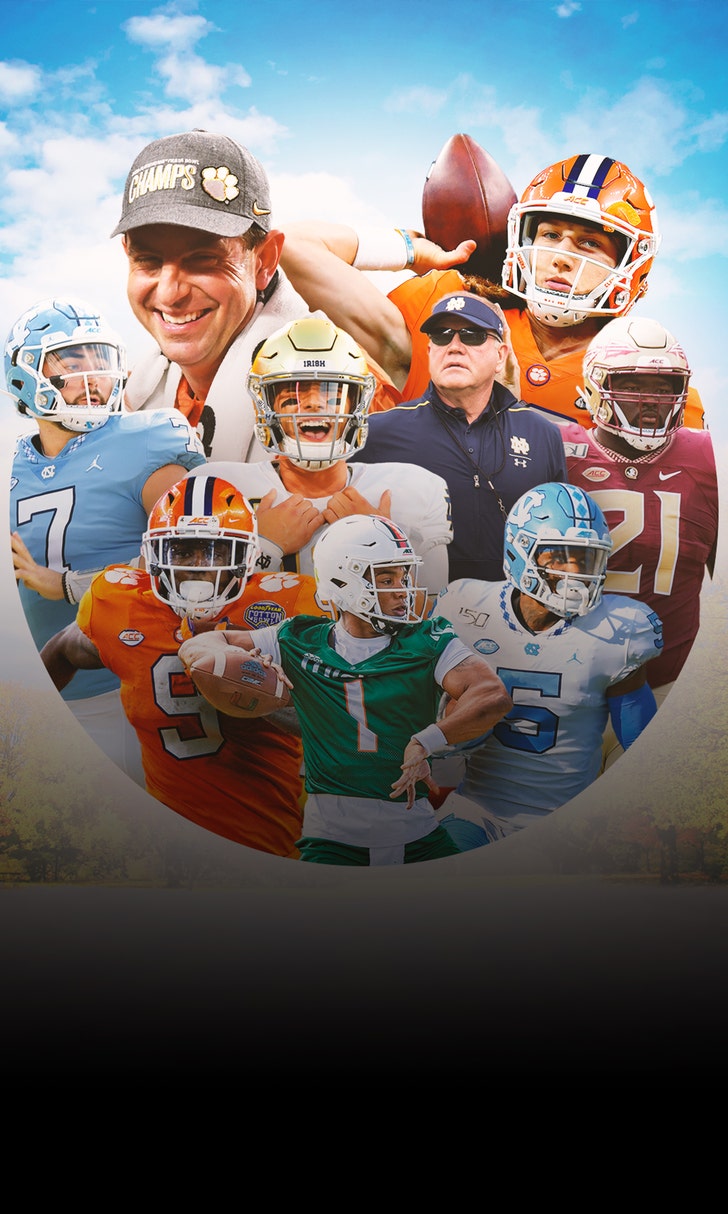 Who Can Challenge Clemson?

Who Can Challenge Clemson?
Can any ACC squad put a stop to the Clemson Tigers' reign? Our Big Noon Kickoff crew isn't yet convinced.
September 3
those were the latest stories
Want to see more?
View All Stories
Fox Sports™ and © 2020 Fox Media LLC and Fox Sports Interactive Media, LLC. All rights reserved. Use of this website (including any and all parts and components) constitutes your acceptance of these Terms of Use and Updated Privacy Policy. Advertising Choices. Do Not Sell my Personal Info