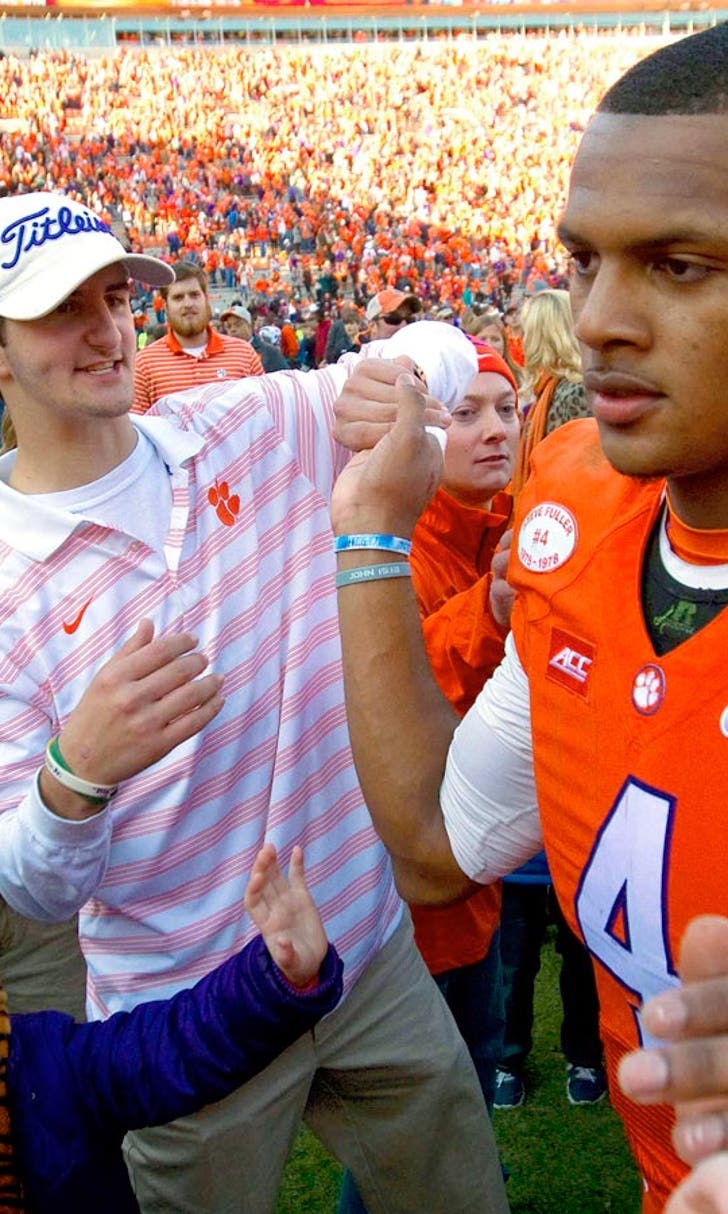 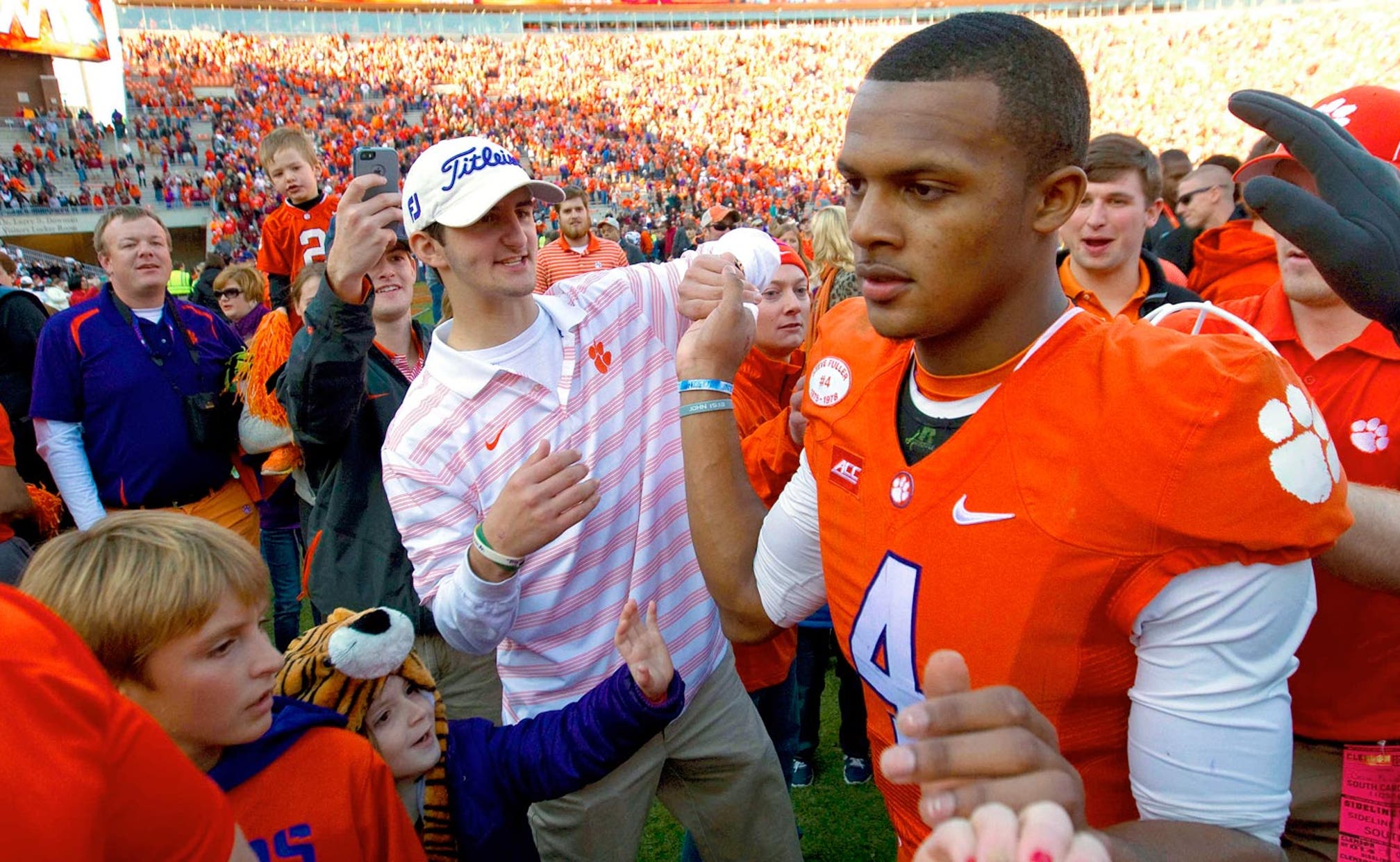 Clemson QB Watson (torn ACL) may go under knife before bowl, after all 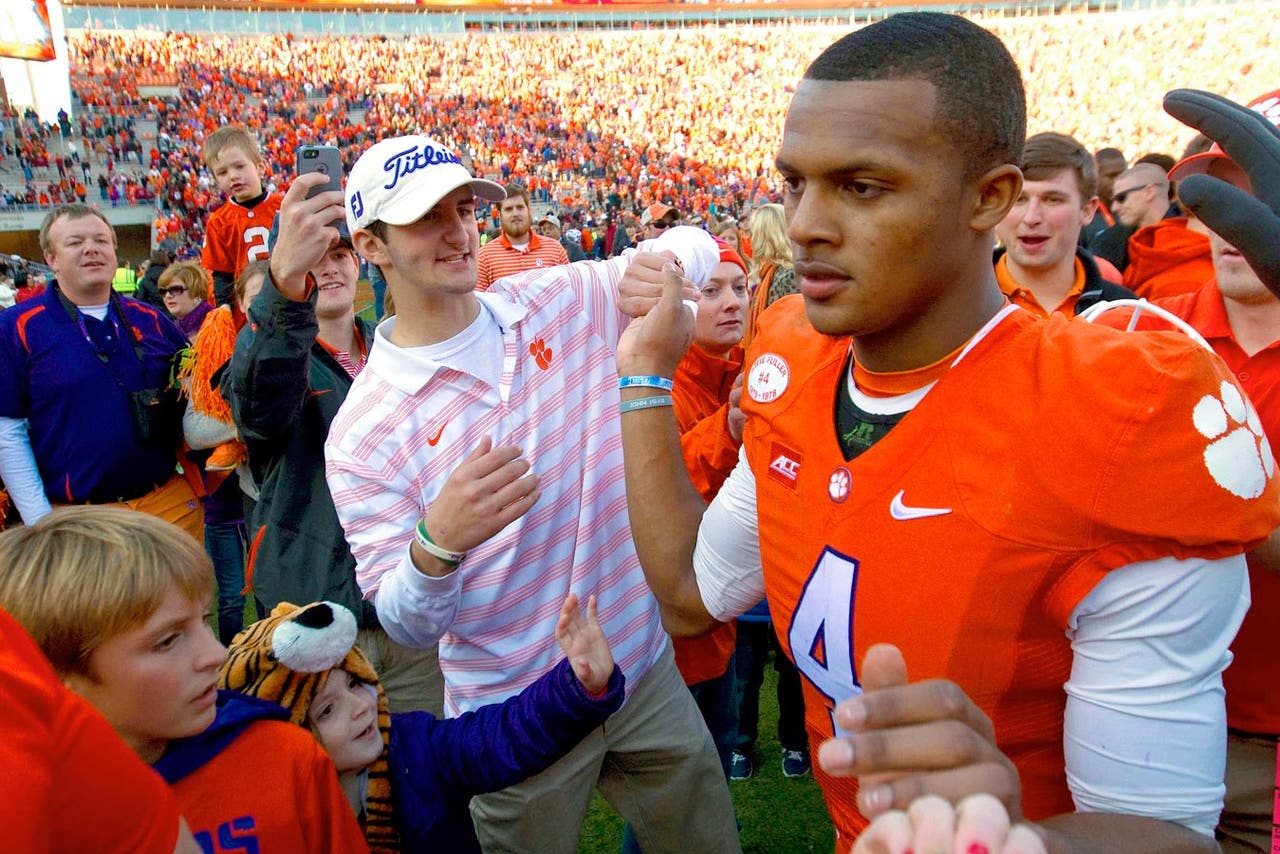 Swinney said the Tigers star freshman played with a torn ACL in a 35-17 victory over rival South Carolina on Nov. 29. The coach said then that Watson would be available for the bowl game. However, Swinney said he'd decide in the next day or two if Watson would undergo the operation before No. 18 Clemson (9-3) faces Oklahoma (8-4) in the Russell Athletic Bowl on Dec. 29. Swinney said it would give Watson a jump start on rehab if that's the decision.

Watson missed four games with injuries this fall. He threw for 269 yards and accounted for four TDs in the win over South Carolina.