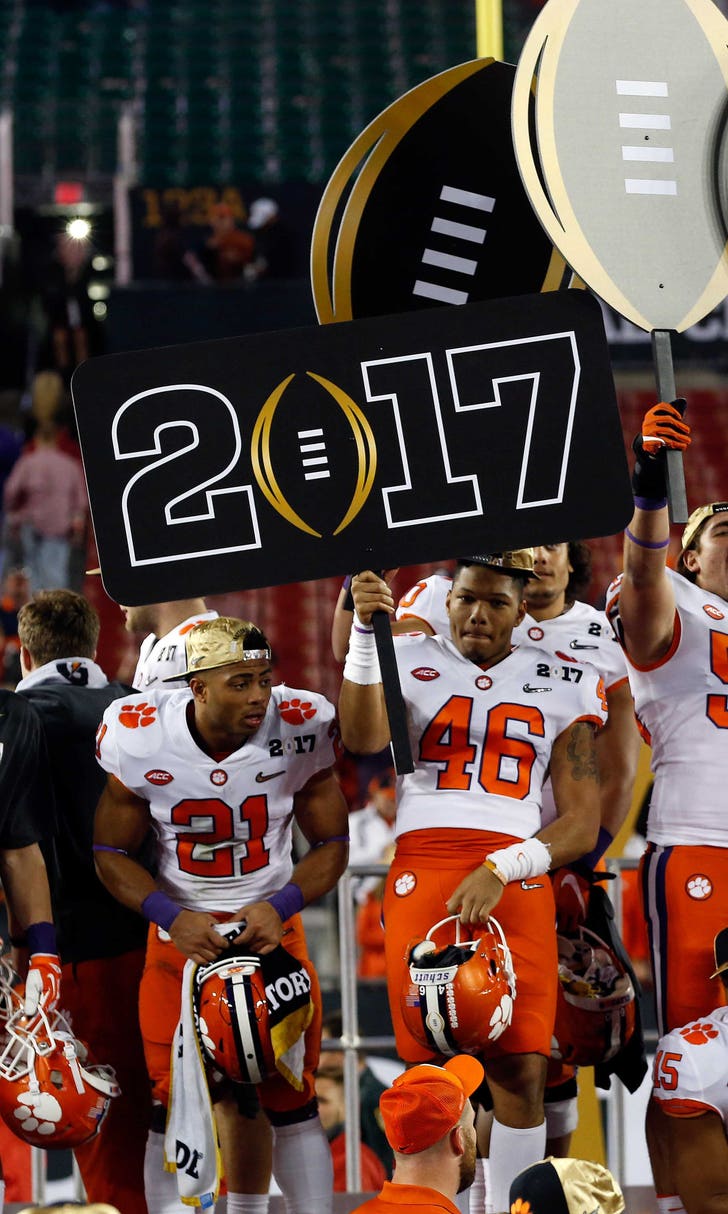 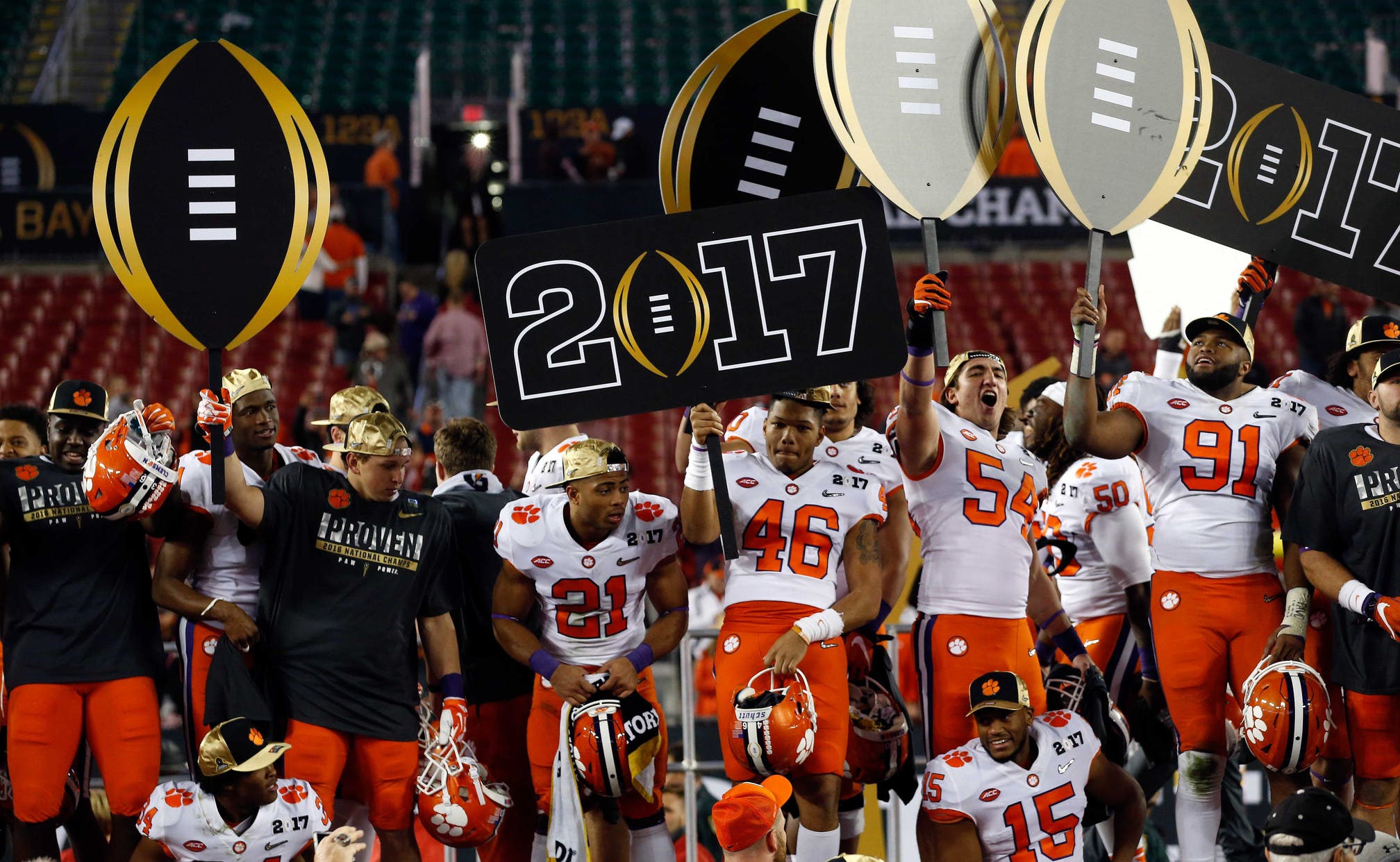 Clemson Football: 5 reasons why the Tigers won't repeat in 2017

BY Fansided and Terrance Singleton/FanSided via Saturday Blitz • June 30, 2017
share 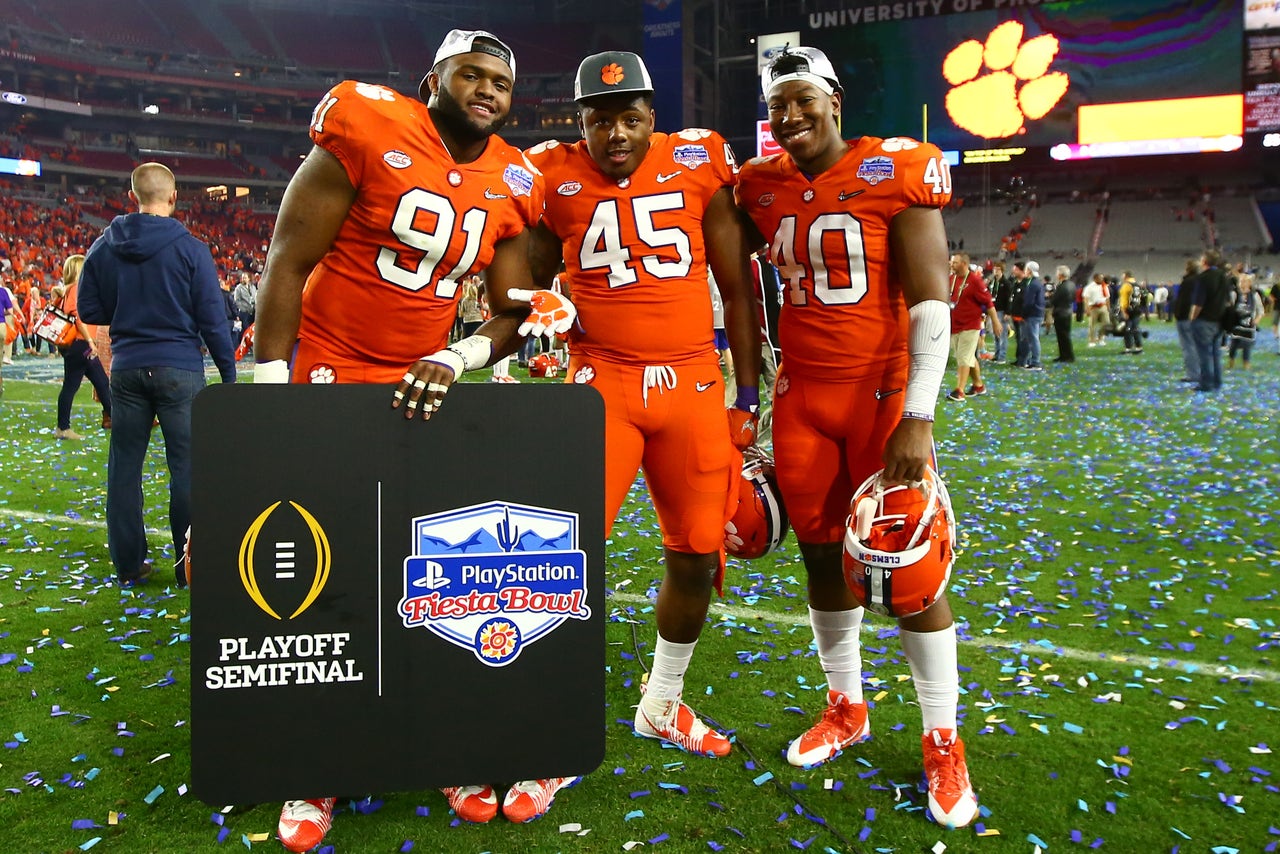 Clemson football won the national title in 2016, but here are five reasons why the Tigers won't repeat in 2017.

In 2016, the Tigers broke through and won their first national championship since 1981 on the last play of the game, giving us a title game for the ages. But this year, unlike the like the last two years, Clemson is not as strong.

Unlike 2015 and 2016, they don't have Deshaun Watson. Coming into the 2017 college football season, they have to start a new quarterback.

Yes, the Tigers will be a strong team and could definitely repeat, but it is a long shot. But if you ask head coach Dabo Swinney and any Clemson Tiger fan they will tell you they love being doubted, slept on and being the underdog. The Tigers have many things against them this year, but the Tigers will be all in and  bring their own guts every game.

Here are five reasons why the defending champs will not shock the world and not repeat as national champions in 2017. 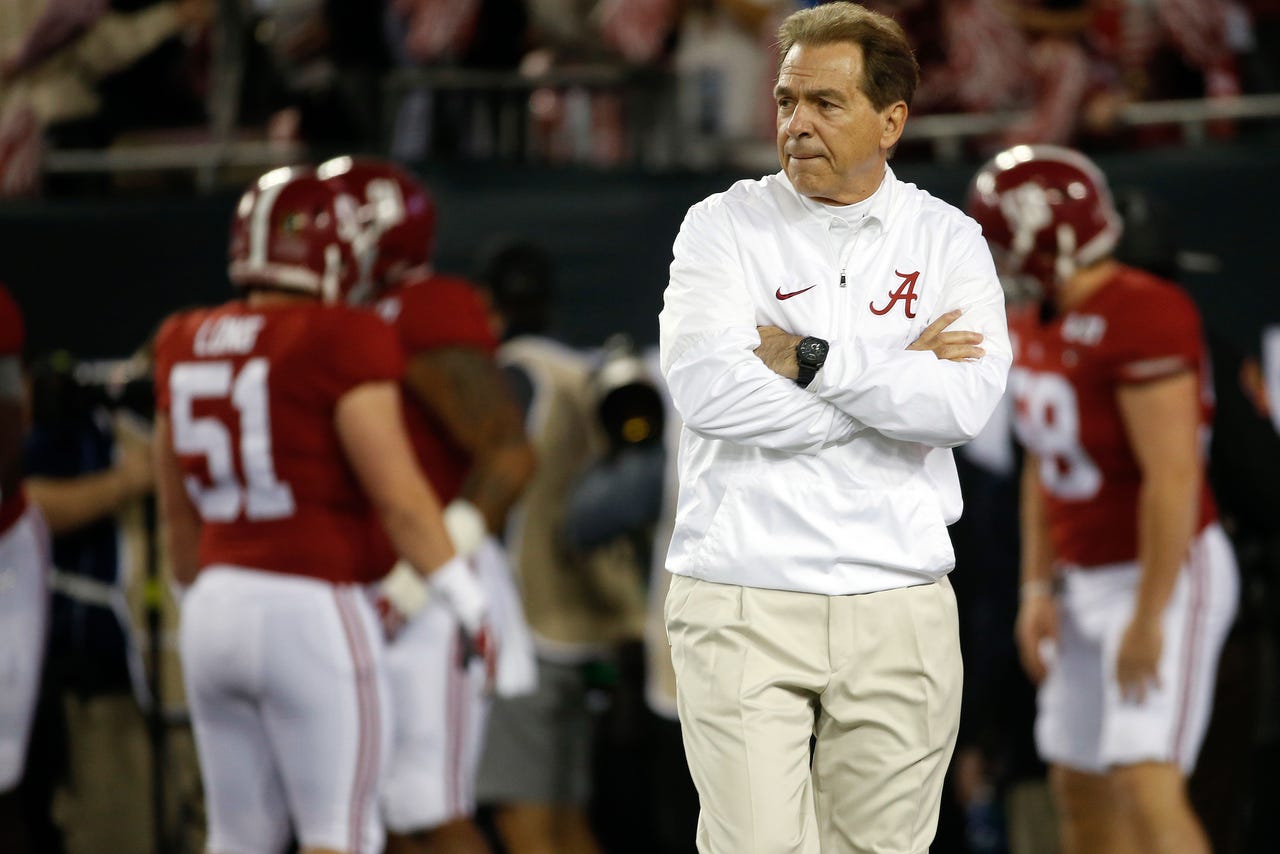 Clemson is not only battling against other teams in college football they are fighting against history.

It's tough to repeat as national champions. Nick Saban and the Alabama Crimson Tide were the last team to repeat as champions back in the 2011 and 2012 season. Also, that was back in the BCS era when it only took one game to win the championship.

History is never on anyone's side and it is more than likely not going to change for Dabo Swinney and the Clemson Tigers. So even if Clemson was the favorite to win it all they would be fighting and uphill battle. 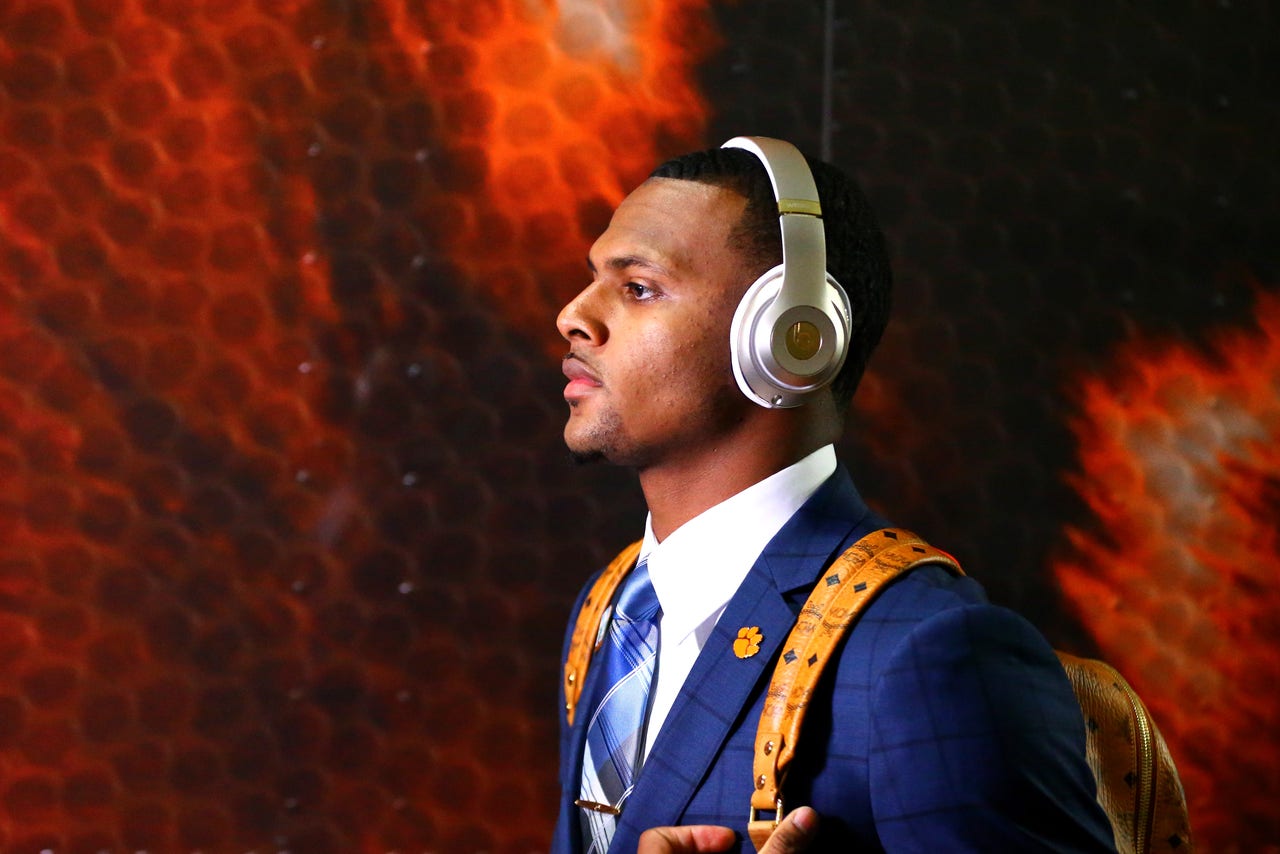 4. The loss of Deshaun Watson

This might actually be the No. 1 reason why Clemson will not repeat as national champions. The Tigers are losing arguably the best college football player and in Clemson history.

Deshaun Watson was the engine of the offense the last two seasons and that is why he holds the top two passing performances in national championship game history. He will be very hard to replace on the field but even harder to replace in the locker room.

Watson might not have been as loud as former linebacker Ben Boulware or as talented as former receiver Mike Williams, but he was the thermometer of the team.

But who will replace Watson?

Junior Kelly Bryant and freshman Hunter Johnson will try to replace Watson, but they will fall short of the mark. 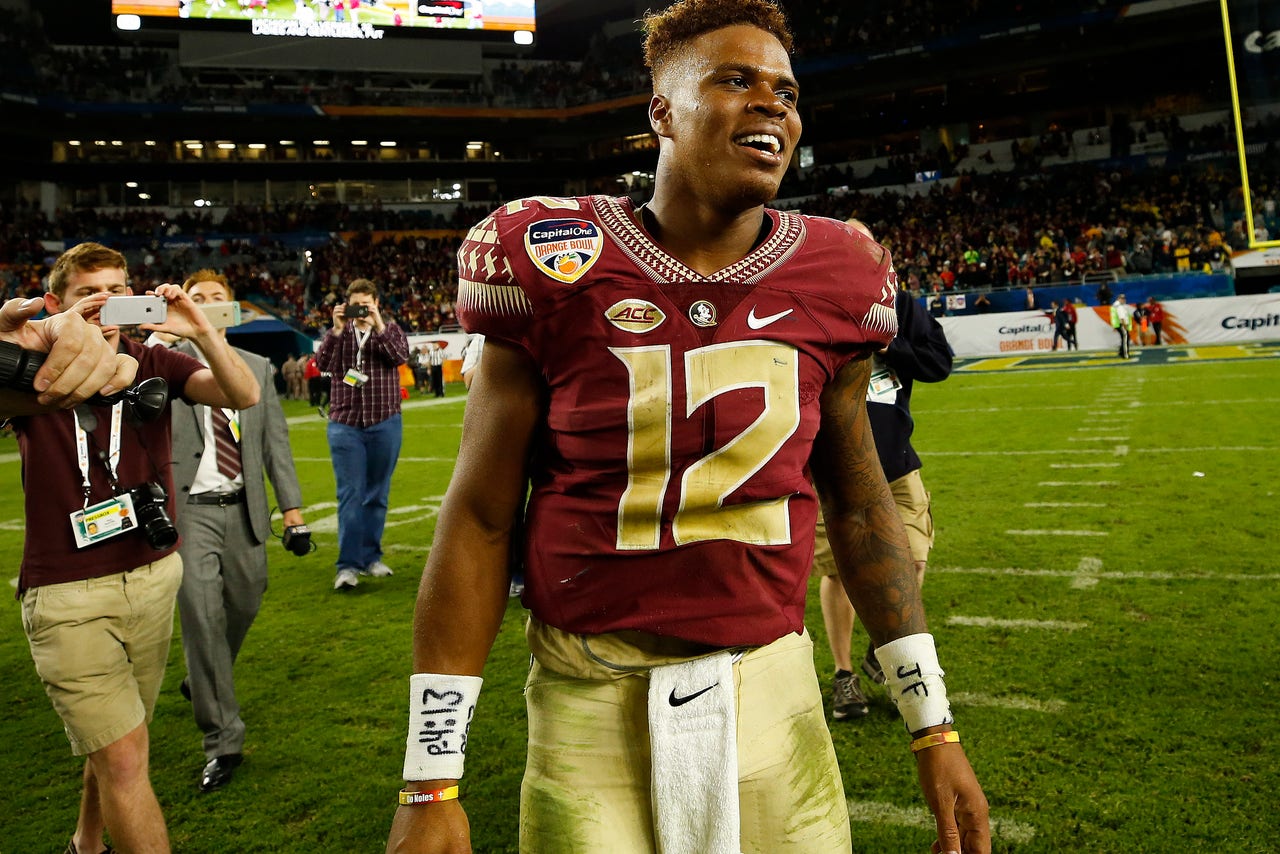 The annual Tiger-Noles showdown will tell the fate of the ACC and which team goes to the College Football Playoff. Clemson has won the last two matchups, but the tables should turn in Jimbo Fisher and the Seminoles' favor.

The 'Noles return 14 starters while the Tigers return 12. The numbers are very close but Florida State returns a more experienced quarterback in Deondre Francois. Clemson can win this game.

It's home in Death Valley, probably at night, but Noles have the better defense, the better quarterback and the better head coach. All three things travel.

The only thing that is known is that the winner of the game will go onto the ACC Championship. 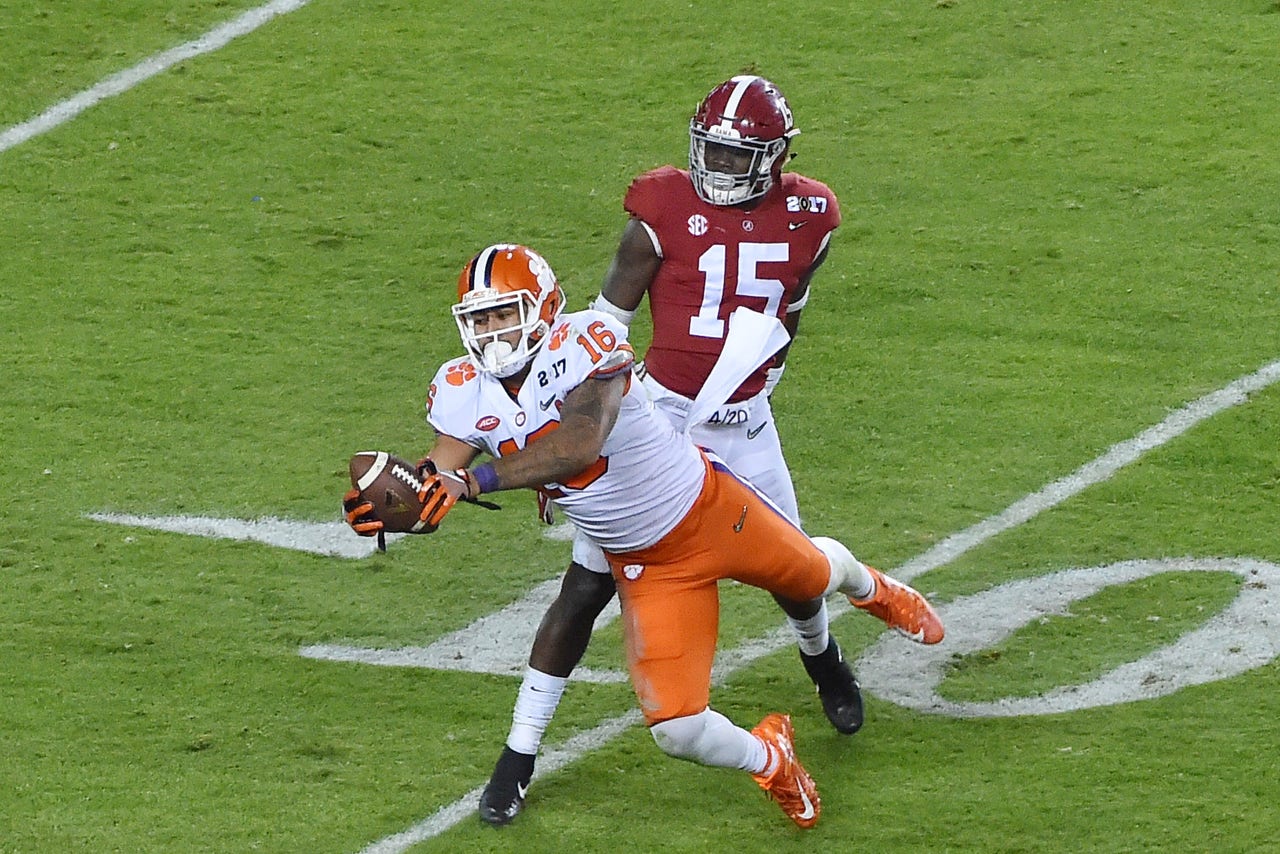 2. Key losses at the skill positions

Jordan Leggett was a vital part of the Clemson offense at the traditional Y-position or flexed out wide. He was one of Watson's more reliable targets.

Revisit the last drive of the 2017 National Championship Game, Leggett caught one of the balls to keep the Tigers in rhythm. The tight end position will be filled by either junior Milan Richard or Cannon Smith.

The loss of Mike Williams will be noticed but a better all-around receiver in Deon Cain is a better target for a developing starting quarterback.

Another key element of the Tiger offense lost is Artavis Scott in the "run" game. Scott was the extension of Clemson's run. He was used in the bubble screen game and in the jet sweep game because of his speed and elusiveness. His role will have to split between national champion-hero Hunter Renfroe, Ray-Ray McCloud and other newcomers. 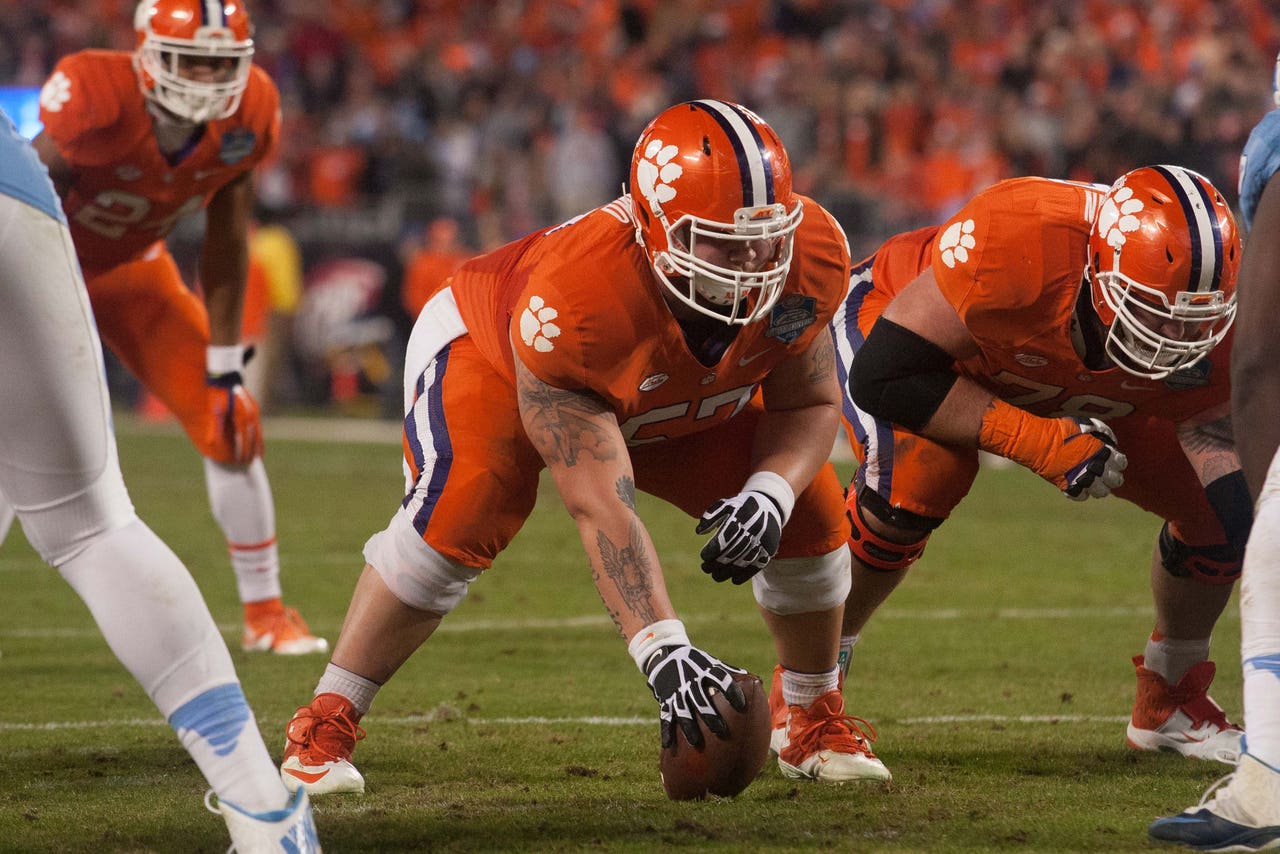 Clemson not only has a QB controversy but also a center one. Clemson will start a new QB and center when they take the field against Kent State on Sept. 2.

The projected center is Justin Falcinelli. He was the backup Taylor Hearn in 2016 and will make the move to center in 2017.

In Clemson's offensive scheme, the center and QB work together to make the protection calls. Last year, the Tigers had the experienced combo of Deshaun Watson and Jay Guillermo. In 2017, it looks to be Kelly Bryant and Falcinelli.

They will have the whole summer and Kent State to work out any problems they have because the following week is Auburn week. If they aren't on the same page by then, they will lose their first non-ACC September game since 2011.