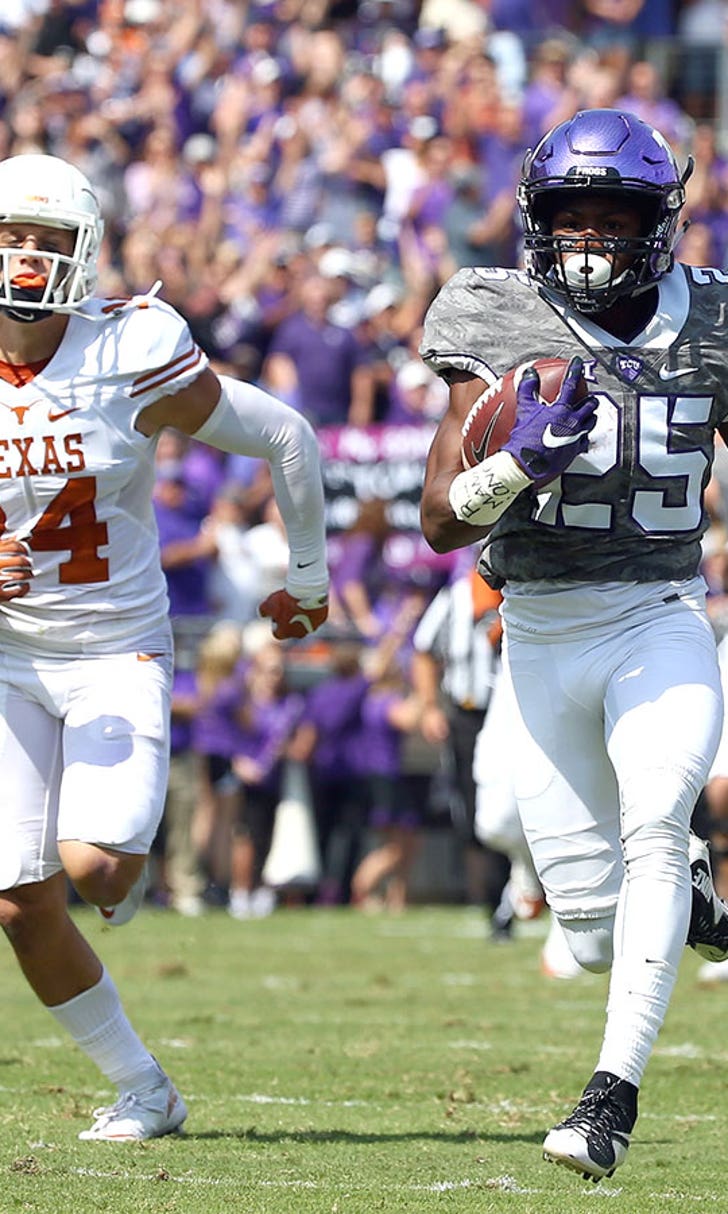 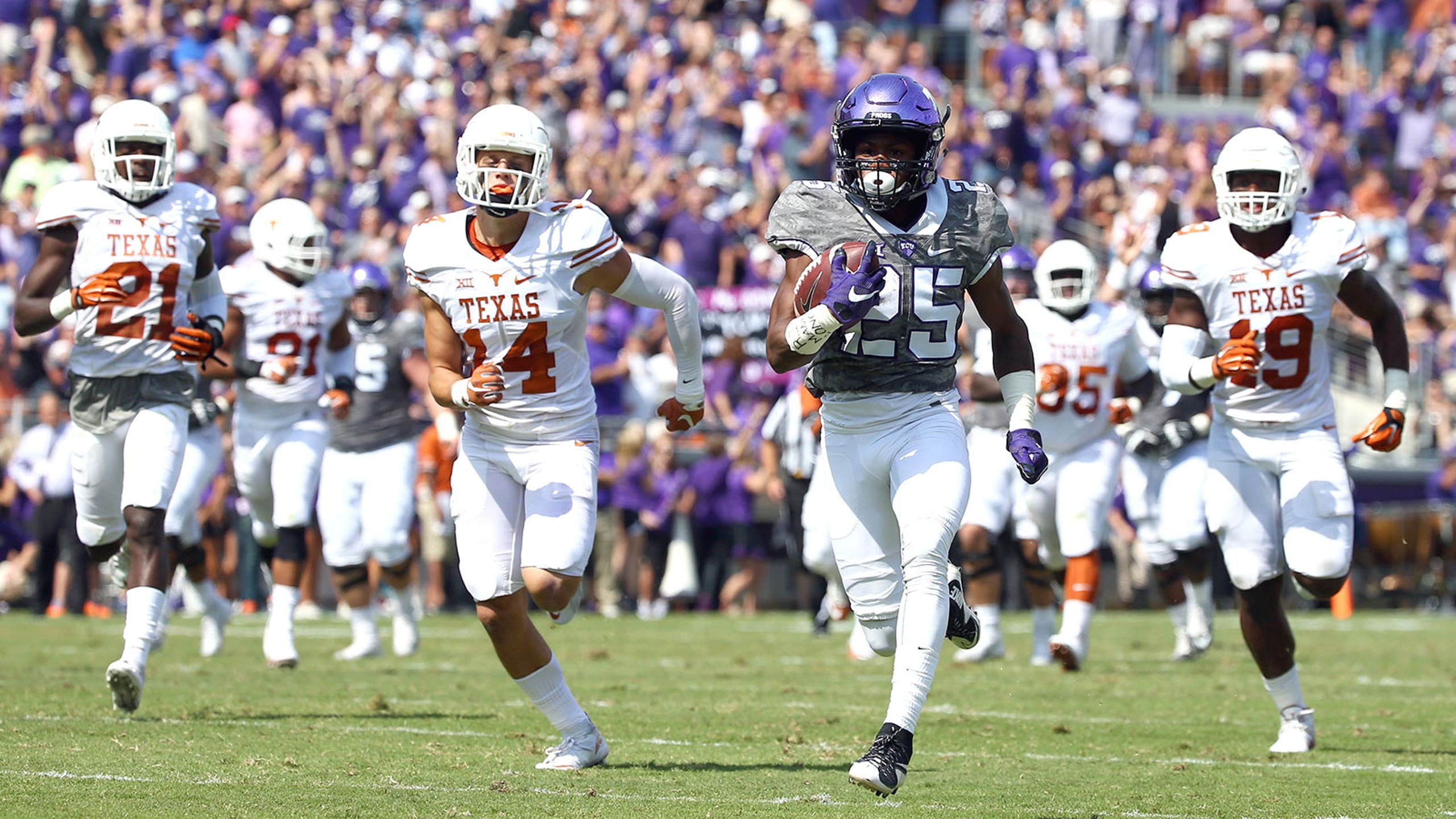 Boykin gets a favorite target back in this fast-starting freshman 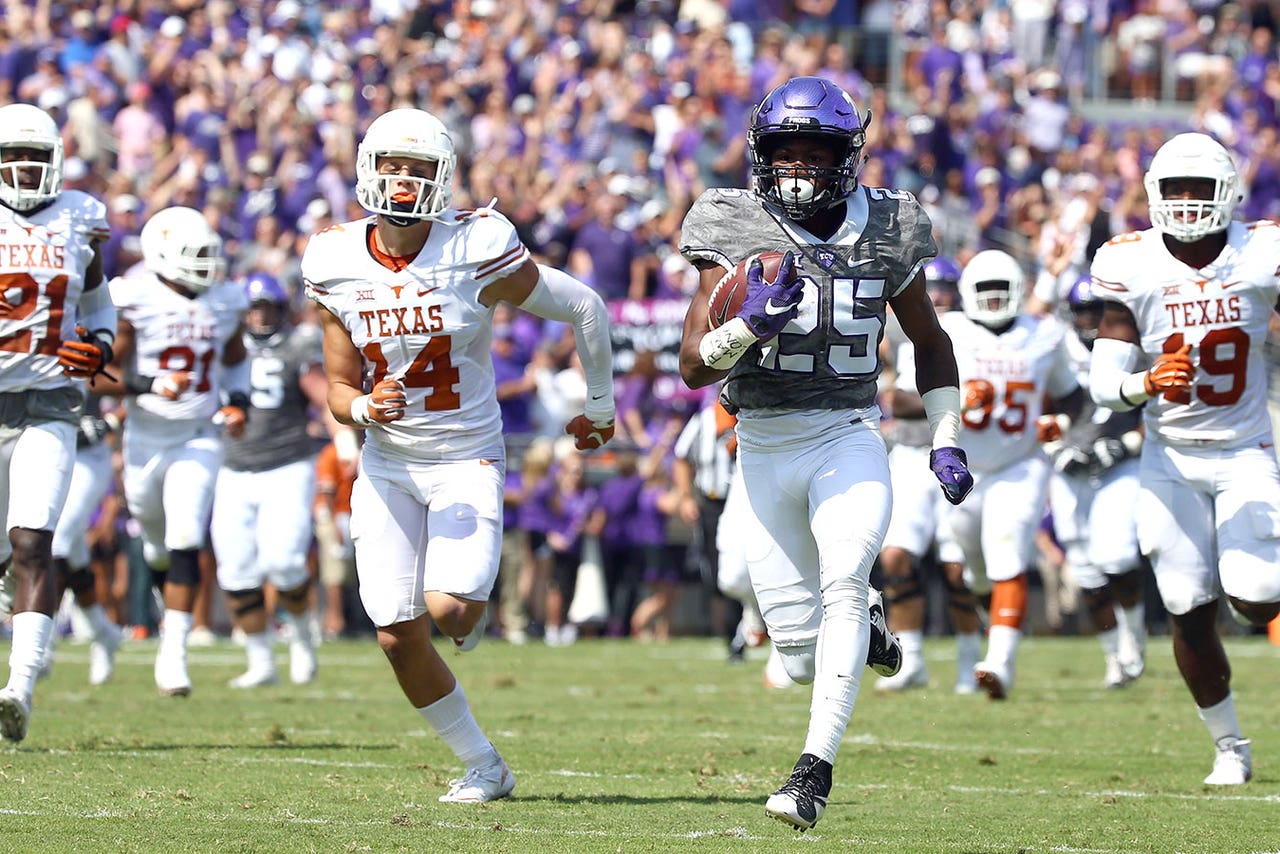 Gary Patterson has already called him one of the most exciting players he's ever coached, and KaVontae Turpin has played but half-a-season.

How much more of his true freshman campaign Turpin would play came into question when he left the field early at Iowa State on Oct. 17 after taking a hard hit that took him out for the remainder of the game.

Patterson said Tuesday that his undersized receiver who has come up big with six touchdown catches, second-highest on the team, will play Thursday night when No. 5 TCU takes on West Virginia in a nationally televised game on FS1.

“You’re not going to keep Turpin down very long,” Patterson said Tuesday during his weekly press conference. “He hasn’t met a day he hasn’t liked. He’s got a great attitude about playing the game. I need a hundred Turpins, to be honest with you.”

Turpin, third on the team with 18 catches for 313 yards, has also played a significant role on TCU's kick return team. He ranks third in the Big 12, averaging 29.1 yards per kickoff return.