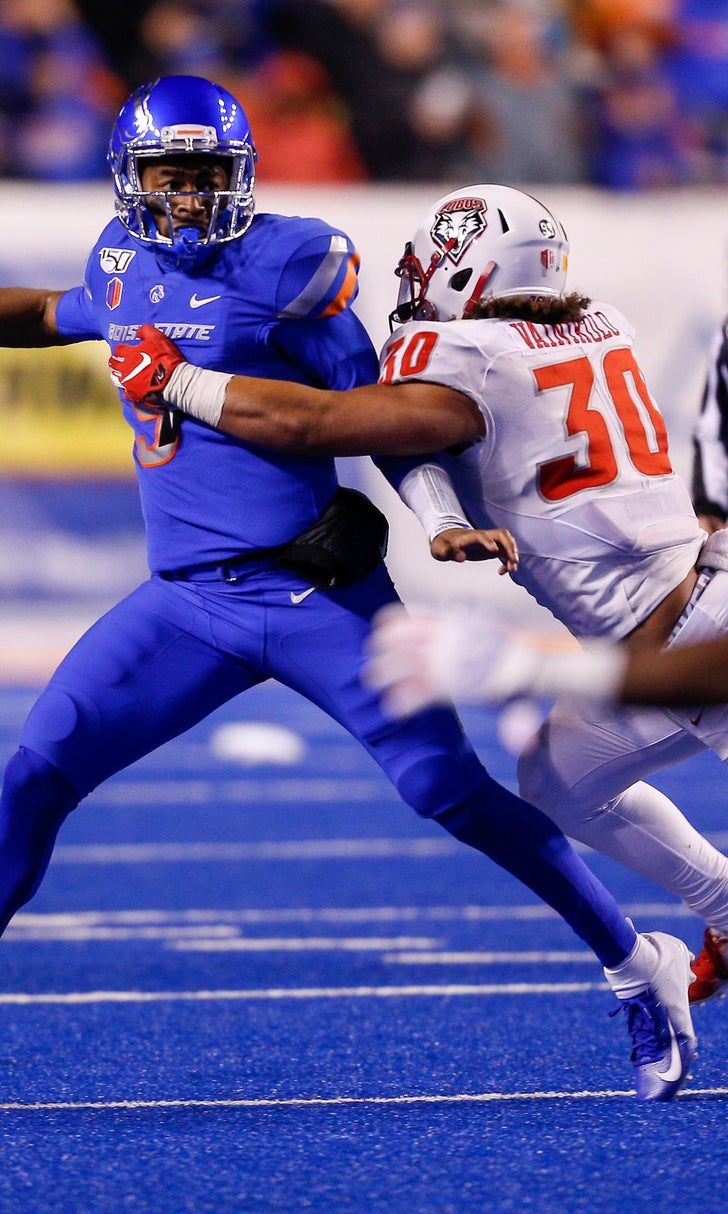 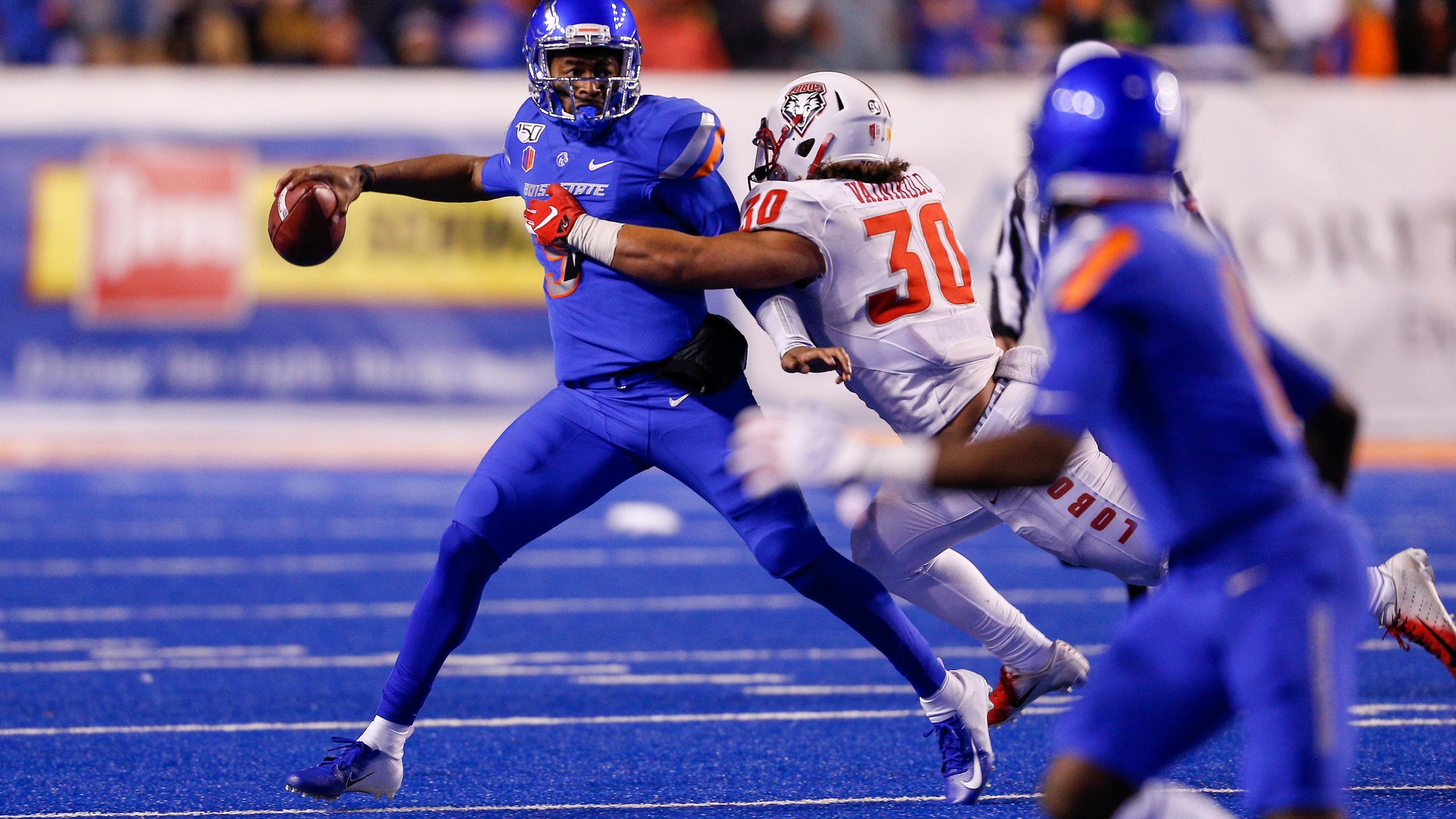 A victory over Utah State will clinch a share of the Mountain Division title for Boise State and open the door for the Broncos to host the Mountain West title game in December. The Aggies can keep their own division title hopes alive with a win.

Boise State’s receivers vs Utah State’s secondary. The Aggies rank second in pass defense in MWC games, allowing just 197.2 yards per contest while chalking up six interceptions. John Hightower, Khalil Shakir, and CT Thomas can test that stinginess. They have combined nearly 1,800 receiving yards over 10 games for the Broncos.

Boise State: QB Jaylon Henderson. With Hank Bachmeier and Chase Cord both uncertain to play on Saturday, Henderson will likely get his second start. The third-string QB threw for 292 yards and three touchdowns in his first start against New Mexico a week ago.

Utah State: RB Gerold Bright. With Jordan Love's status for Saturday still undetermined, Bright will play a key role in getting the Aggies going on offense. Utah State is 4-1 this season when he rushes for at least 60 yards.

Since 2000, Boise State is a national-best 137-17 (.890) in conference regular-season play. … Utah State has won 33 of its last 39 games when it has a 100-yard rusher, including a 3-1 record this year. … The Broncos have opened each of their last two games with a scoring drive of at least 90 yards. … Boise State has scored in 289 straight games, the sixth longest active streak in the nation and the ninth longest in NCAA history. … Bachmeier is 32-of-51 on third down this season, throwing for 578 yards, 26 first downs and five touchdowns. … Aggies DE Justus Te'i and DB Troy Lefeged Jr. are tied for first in the MWC and 16th in the FBS with two fumble recoveries. … Hightower has four 100-yard receiving games in the last six contests. He leads the Broncos with 754 yards and 6 TDs on 37 catches.