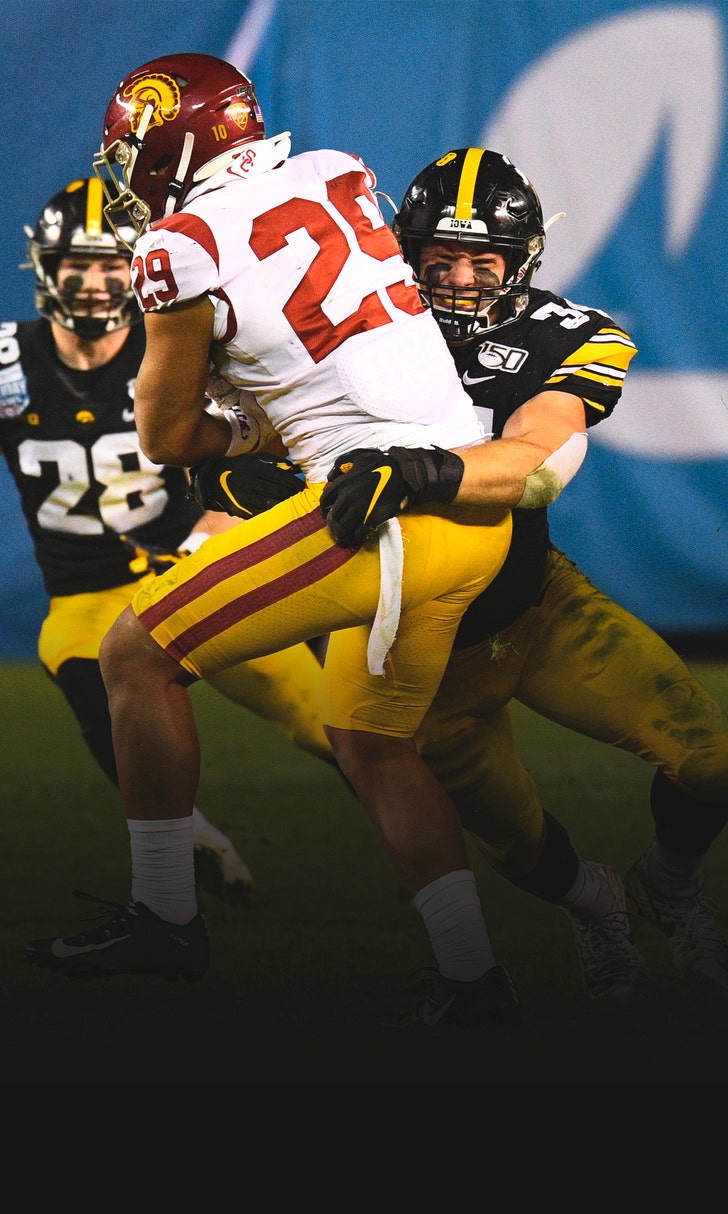 A day after the Big Ten sent shockwaves through the collegiate athletics world by announcing it would adopt a conference-only season for all fall sports, the Pac-12 voted to do the same on Friday.

“The health and safety of our student-athletes and all those connected to Pac-12 sports continues to be our number one priority,” Pac-12 Commissioner Larry Scott said. “Our decisions have and will be guided by science and data, and based upon the trends and indicators over the past days, it has become clear that we need to provide ourselves with maximum flexibility to schedule, and to delay any movement to the next phase of return-to-play activities.”

Big Ten commissioner Kevin Warren spoke to the Big Ten Network on Thursday about the timing of the Big Ten conferences's decision and the most important factors that were involved.

It appears the Pac-12 shares very similar thoughts, adding that the conference will delay the start of mandatory athletic activities "until a series of health and safety indicators, which have recently trended in a negative direction, provided sufficient positive data to enable a move to a second phase of return-to-play activities."

While long-distance travel appeared to be one of several reasons for the Big Ten's decision to move to a conference-only schedule, that might not hold true for the Pac-12. As Stewart Mandel of The Athletic points out, flexibility in scheduling was an important factor, as well as uniform testing protocols, which has been discussed as a vital factor in this decision by both conferences.

When Auerbach broke yesterday's news on the Big Ten's decision, she added that "a lot of Power 5 athletic directors have brought up the fact that testing disparities across the board were going to be challenging for college football because you don't want to put your athletes mixing with the population that is doing different things from a testing and protocol standpoint."

While the Pac-12 and Big Ten became the first two Power 5 conferences to announce the move to a conference-only schedule this fall, the Ivy League was the first conference to make it official, back on Wednesday. Many believe other conferences will likely follow suit soon.

"The reality is that the college football season is slipping away," ESPN and SEC Network analyst Paul Finebaum said. "They can hold on hope, but if you look on what's going on around the country, it is dreadful news."

Finebaum's ESPN colleague Booger McFarland shared similar thoughts, adding that the Big Ten and Pac-12's decision makes it "all but certain the other Power 5 (schools) will do the same."

Just as the Big Ten did, the Pac-12 announced that "student-athletes who choose not to participate in intercollegiate athletics during the coming academic year because of safety concerns about COVID-19 will continue to have their scholarships honored by their university and will remain in good standing with their team."

The Pac-12's decision to only play conference games has a wide-spread effect across the entire nation. Notable non-conference football matchups that were scheduled to take place this fall include USC vs. Alabama at AT&T Stadium (Sept. 5), Colorado at Texas A&M (Sept. 19), Stanford at Notre Dame (Oct. 10) and Notre Dame at USC (Nov. 28).

Social Media Reacts To Texas' Thriller
It was an epic comeback for the history books. And Twitter could hardly keep up with the fireworks.
3 days ago

The SEC Returns: What You Need To Know
Who's favored to win the SEC? Who's ranked? When will the grudge matches go down? We've got the answers ahead of Saturday.
4 days ago
those were the latest stories
Want to see more?
View All Stories
Fox Sports™ and © 2020 Fox Media LLC and Fox Sports Interactive Media, LLC. All rights reserved. Use of this website (including any and all parts and components) constitutes your acceptance of these Terms of Use and Updated Privacy Policy. Advertising Choices. Do Not Sell my Personal Info