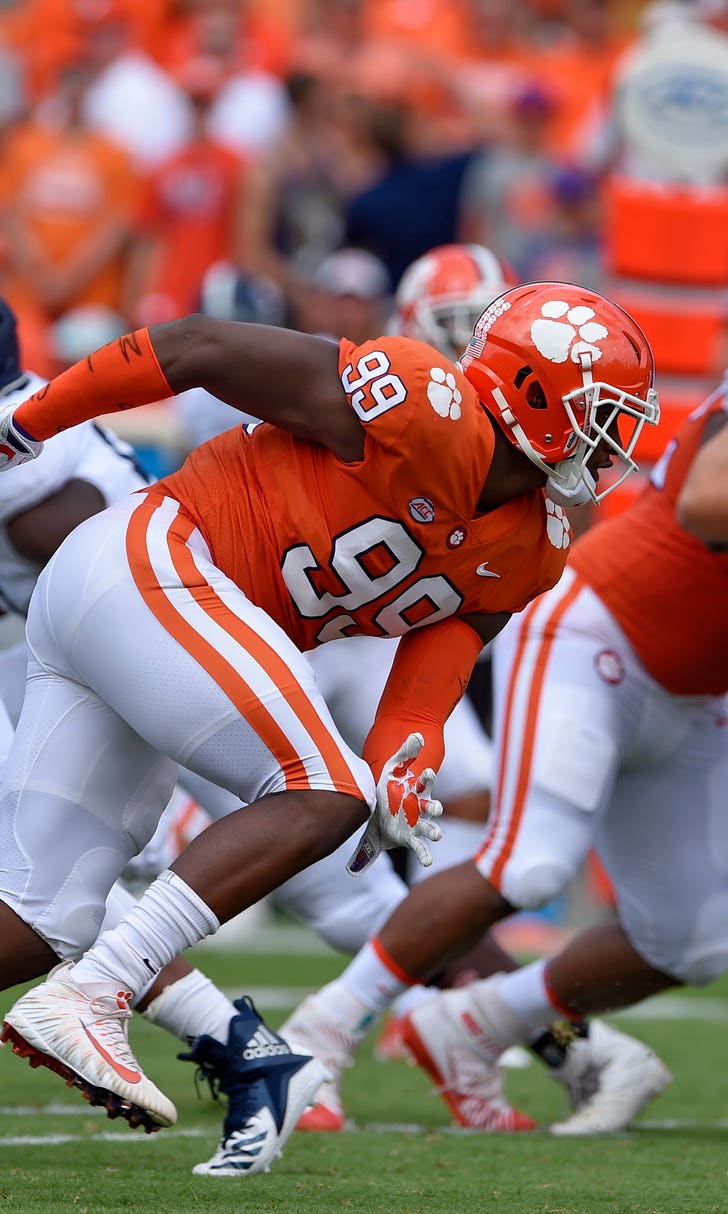 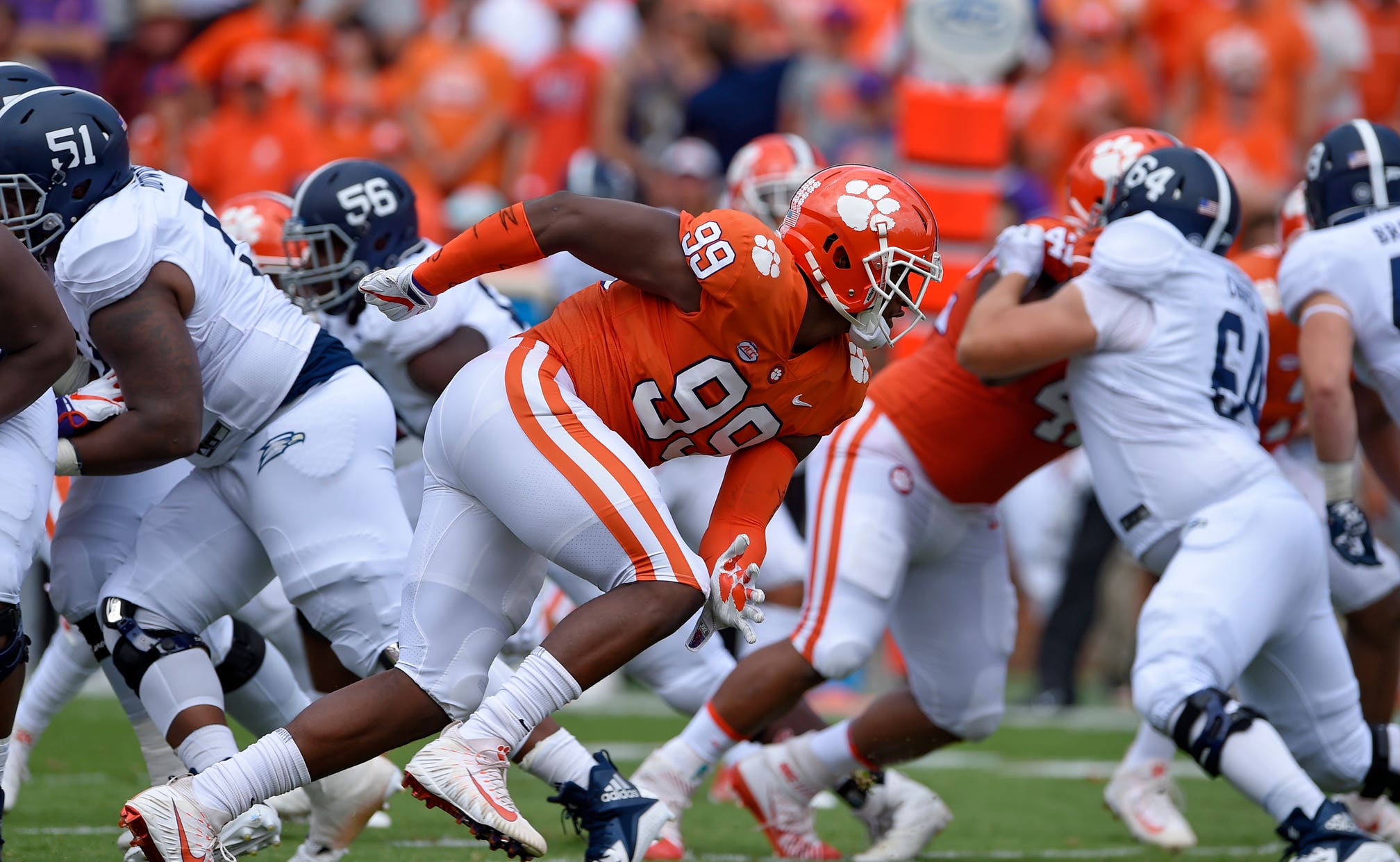 Quality defensive linemen are just about the toughest find in football.

"Well, I do think that most people would agree, whether it's the NFL draft or trying to find guys and recruit guys when they're in high school that have the size and athleticism to be effective in terms of their power, ability to strike, as well as athletic enough to pass rush," Alabama coach Nick Saban said. "I think it's even more difficult now with sort of the spread because there's more loose plays, plays in space, where it requires guys to be able to run and play in space."

No. 1 Alabama and No. 2 Clemson belie conventional wisdom — which helps explain why the Crimson Tide and Tigers are playing in the College Football Playoff for the fourth straight season and third time in the national championship game.

The 2015 title game between the Tide and Tigers featured 10 defensive linemen who were drafted from 2016-18, including six from Alabama. Two more from Clemson who played in that game — defensive tackle Christian Wilkins and end Austin Bryant — will be picked in April.

Wilkins and Bryant are part of a group of 10 edge rushers and interior defensive linemen who will be at Levi's Stadium in Santa Clara, California, for Monday night's national championship game who are likely to be selected in the NFL draft this year.

"The fact that we could have three to four maybe five first-round picks off two defensive lines, that just doesn't happen," said Matt Miller, a draft analyst for Bleacher Report. "Alabama has three starters who are going to be top 75 picks. The top-end talent for 'Bama is crazy. Then you have Clemson, where all four starters and the top reserve are going to be drafted. It's great recruiting. It's great development. The really aced it with these groups."

Alabama defensive tackle Quinnen Williams is a contender to be the first overall pick, held by the Arizona Cardinals.

Go beyond the defensive lines and more than 20 players from Alabama and Clemson could be selected in the next draft, depending on how many juniors declare.

On the Alabama side, Williams is one of five players with first-round grades, along with defensive end Raekwon Davis, offensive tackle Jonah Williams, safety Deionte Thompson and linebacker Mack Wilson. Tight end Irv Smith Jr. is border-line first round.

Quinnen Williams was a rotational player last season, playing behind first-round draft pick Daron Payne. Davis was expected to be the star of this season's Alabama defensive line. Instead, Williams, a third-year sophomore, has put together one of the most dominant performances for a defensive lineman in recent memory.

"A guy who can stop the run, who can rush the quarterback. He embarrassed Oklahoma's O-line. That's the best offensive line in college football," said Miller, who compared the 295-pound Williams to Philadelphia Eagles star Fletcher Cox and Chris Jones of the Kansas City Chiefs.

Alabama senior Isaiah Buggs has had a breakout senior year with 9½ sacks and could slide into the second round. Anfernee Jennings (6-3 and 266 pounds) and Christian Miller (6-4 and 244) are listed as linebackers in Alabama's 3-4 defense, but are first and foremost pass rushers who could be second- or third-rounders

Clemson's defensive line came into the season with a ton of hype after Wilkins, Bryant and Ferrell all bypassed the chance to go to the NFL after 2017. Ferrell, an explosive pass rusher, has the most NFL upside.

The 315-pound Wilkins, a four-year starter who has played both end and tackle, has improved as a pass rusher which bodes well for him going in the first-round.

"He does look quicker this year," Miller said.

The 340-pound Lawrence was suspended by the NCAA for the playoff after failing a test for performance-enhancing drugs. The junior has said he does not know how traces of ostarine showed up in a urine sample and denies taking anything intentionally. He faces a one-year suspension, but seemed likely to be an early entrant for the draft even before the ban.

The failed drug test could affect Lawrence's draft stock, but his combo of size and quickness are rare. The only drawback, Miller said, is players such as Lawrence are becoming part-timers as NFL offense's play more like college offenses.

"Not every team is going to have a role for him," Miller said.

Bryant is productive player with good size who projects as a second- or third-rounder. And Albert Huggins, a senior who stepped in to start for Lawrence in the Cotton Bowl, is athletic enough to possibly be a late-rounder. 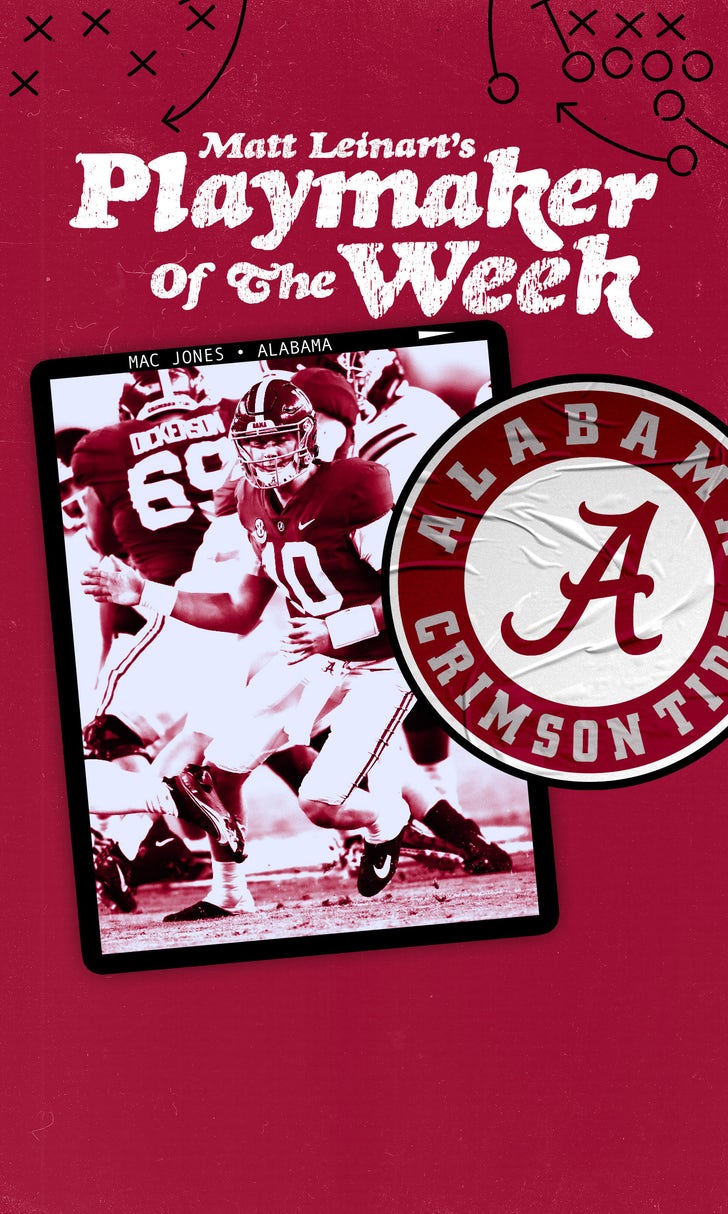 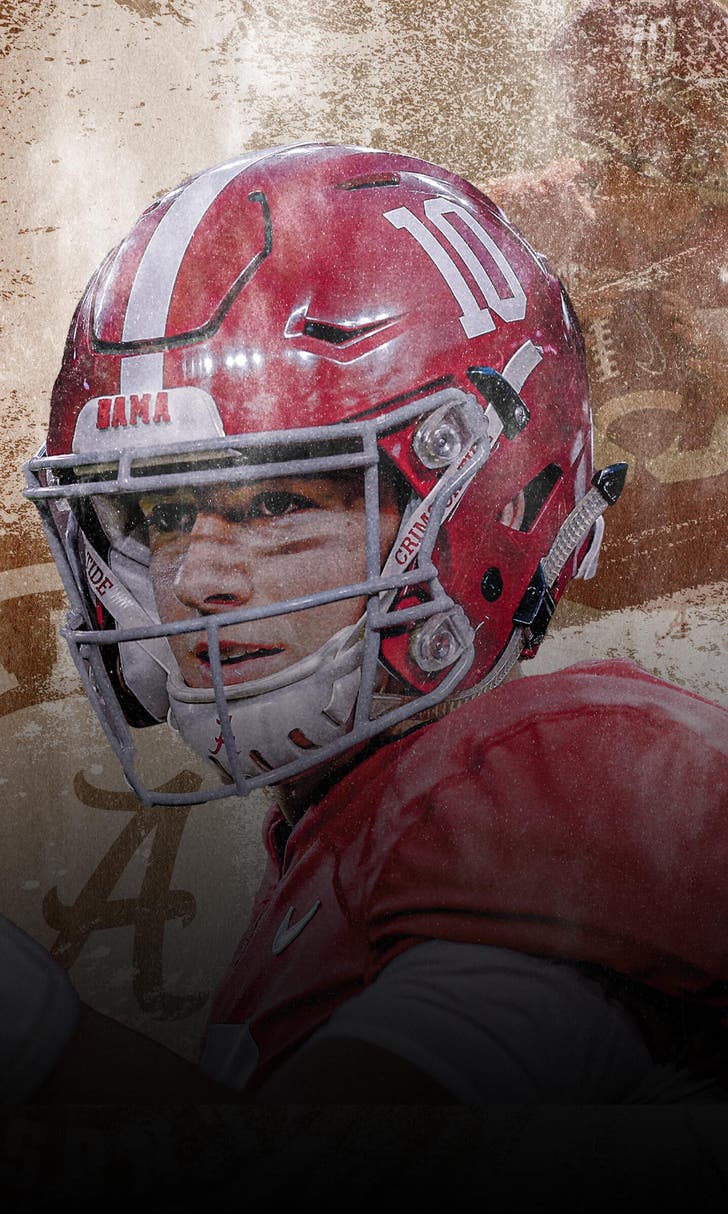 Rolling Over the Defense
After a dominant performance in a win over Georgia, Reggie Bush named Alabama's DeVonta Smith his 'Playmaker of the Week.'
October 23
those were the latest stories
Want to see more?
View All Stories
Fox Sports™ and © 2020 Fox Media LLC and Fox Sports Interactive Media, LLC. All rights reserved. Use of this website (including any and all parts and components) constitutes your acceptance of these Terms of Use and Updated Privacy Policy. Advertising Choices. Do Not Sell my Personal Info