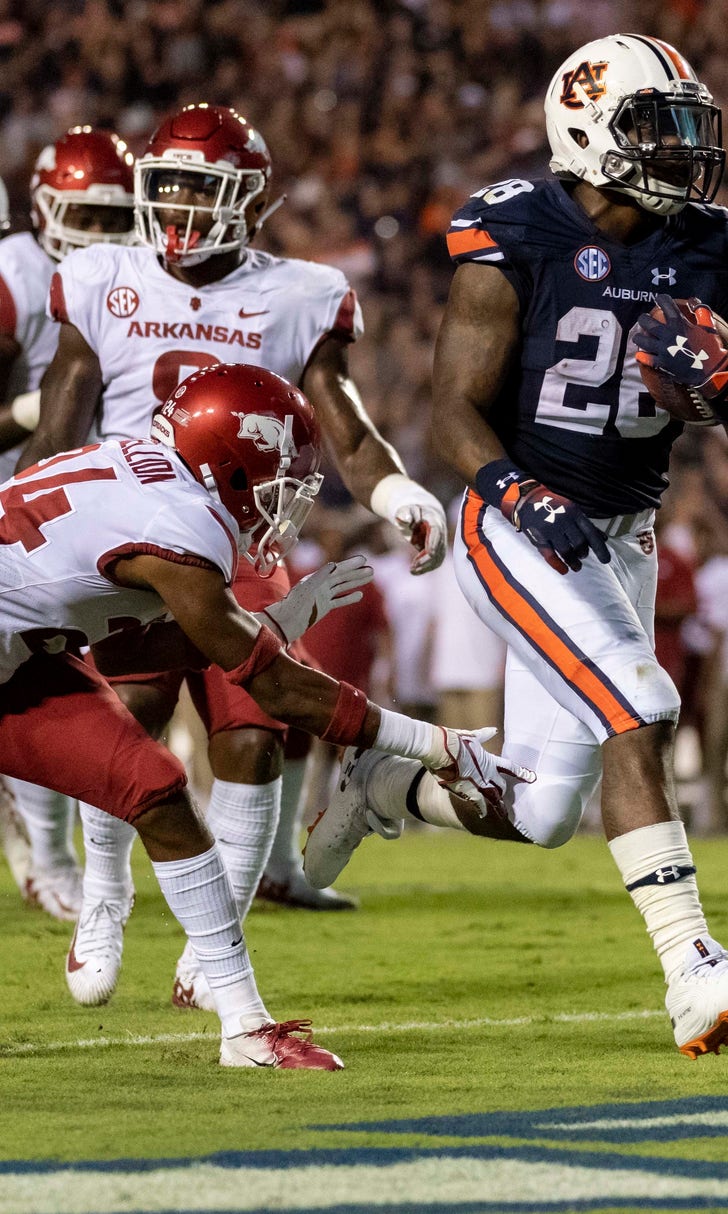 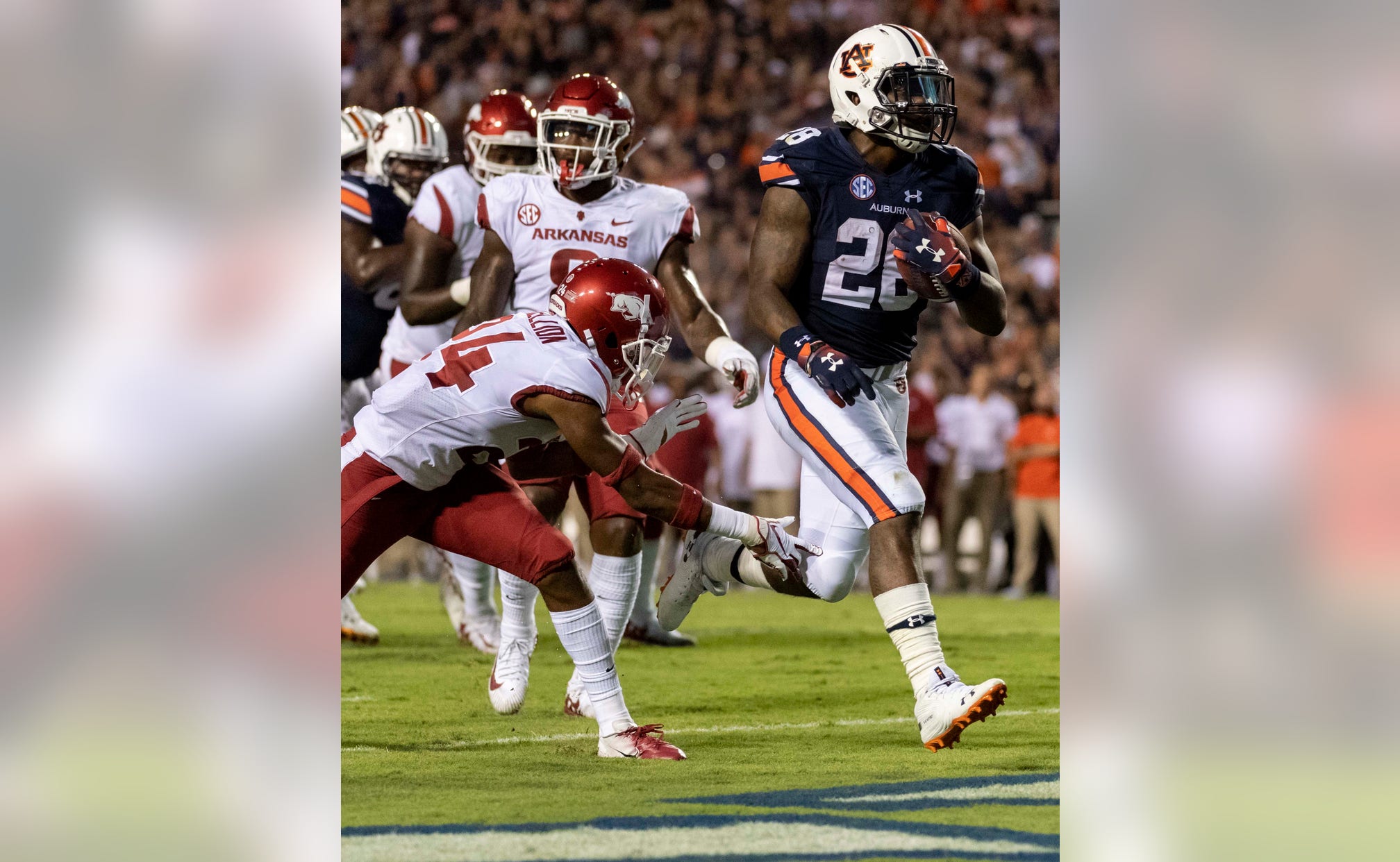 Auburn's biggest concern: The running game of all things

MONTGOMERY, Ala. (AP) — The Auburn Tigers can usually be counted on for a strong running game with tailbacks routinely churning out 1,000-yard seasons and 100-yard games.

Now, an unproductive ground game is the biggest concern for Gus Malzahn and the eighth-ranked Tigers going into Saturday night's game at Mississippi State.

It's even more of a pressing issue with leading rusher JaTarvious Whitlow and two starting offensive linemen battling injuries.

Coach Gus Malzahn says the issues are of the "all of the above" variety. A largely new starting offensive line has struggled at times, hindering both the running backs and quarterback Jarrett Stidham's productivity, and Kam Martin was the only experienced back returning. Whitlow is a redshirt freshman.

Whitlow sustained a shoulder injury against Southern Miss, while tackles Prince Tega Wanogho and Jack Driscoll left with apparent leg injuries. None of the three returned, but Malzahn hasn't publicly ruled out any of them for the game.

The 5-foot-10, 193-pound Martin, who ran for a hard-fought 90 yards against Southern Miss, will be the starter if Whitlow can't go.

"He ran with a passion and with a will, especially when the game was on the line," Malzahn said. "He protected the football and we were very impressed with his performance last week."

Even with a healthy Whitlow, the Tigers rank just 10th in the league at 178.6 yards per game. It's a sizable drop for a program that hasn't finished worse than fifth in the SEC since Malzahn took over in 2013, when Auburn led the nation in rushing.

Quarterback Nick Marshall was a big part of the running game in Malzahn's first two seasons.

Auburn and Boise State are the only teams to have a 1,000-yard rusher in each of the past nine seasons. Whitlow or Martin still could extend that streak but they'll need to come on strong in the second half of the season.

The Tigers were replacing SEC offensive player of the year and second-round NFL draft pick Kerryon Johnson . But they've seldom had trouble finding new go-to backs under Malzahn, from Tre Mason to Cameron Artis-Payne to Kamryn Pettway to Johnson.

Whitlow appears to be the guy when healthy while Martin has played a more sporadic role: 22 carries against Washington and 24 against Southern Miss, 17 total in the other three games.

Whitlow and freshman Shaun Shivers both topped 100 yards against FCS Alabama State, earning Shivers the start against No. 5 LSU.

Whitlow still managed to run for 104 yards in that game, becoming the first Auburn freshman to gain 100 yards in back-to-back games since Michael Dyer in 2010.

But the Tigers have tallied just 187 rushing yards total in the last two games against Southern Miss and Arkansas. Take away a mammoth game against Alabama State and they're averaging 122 yards on the ground.

Malzahn said the Tigers have to do a better job of avoiding second- or third-and-long situations.

"I think more than anything it's probably just the consistency, manufacturing rushing yards, and staying away from negative plays," he said. "We do know that we are not real strong when we are behind the chains. I think that's kind of a common-sense thing that any average fan can see."

Tough To Go Against The Tide
Top-ranked Alabama has looked unstoppable. Can rival Auburn find any way to stop the Tide in Saturday's Iron Bowl?
5 hours ago