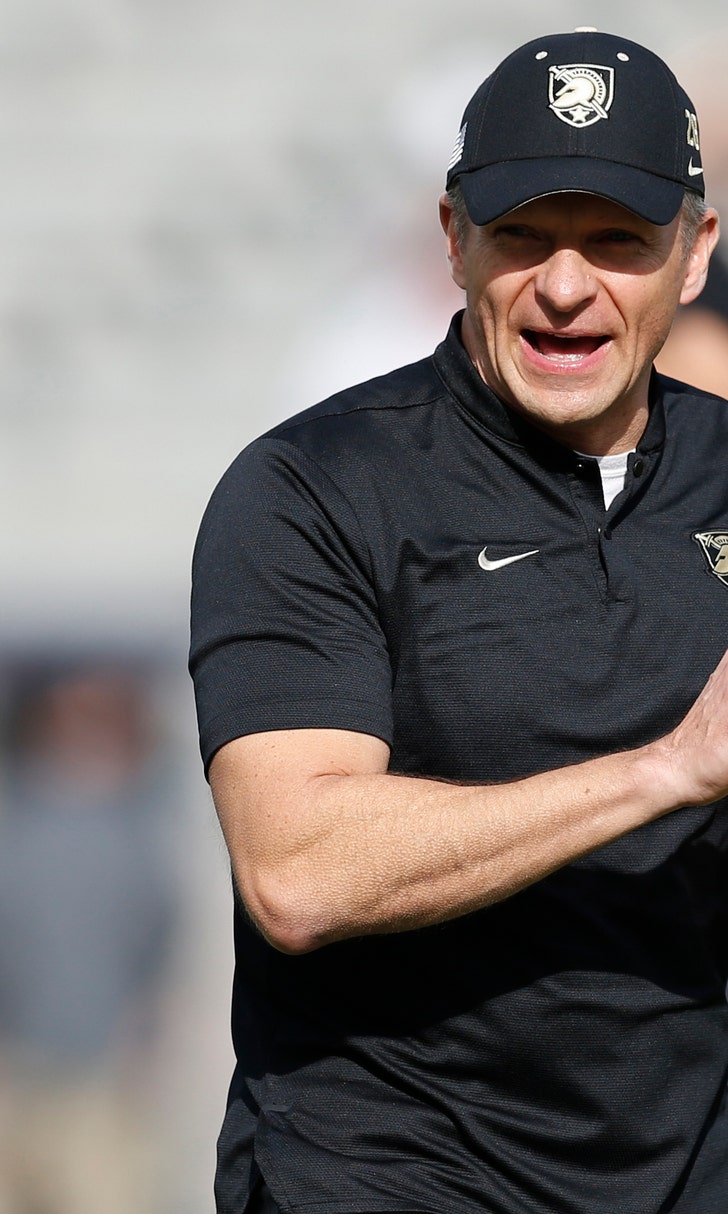 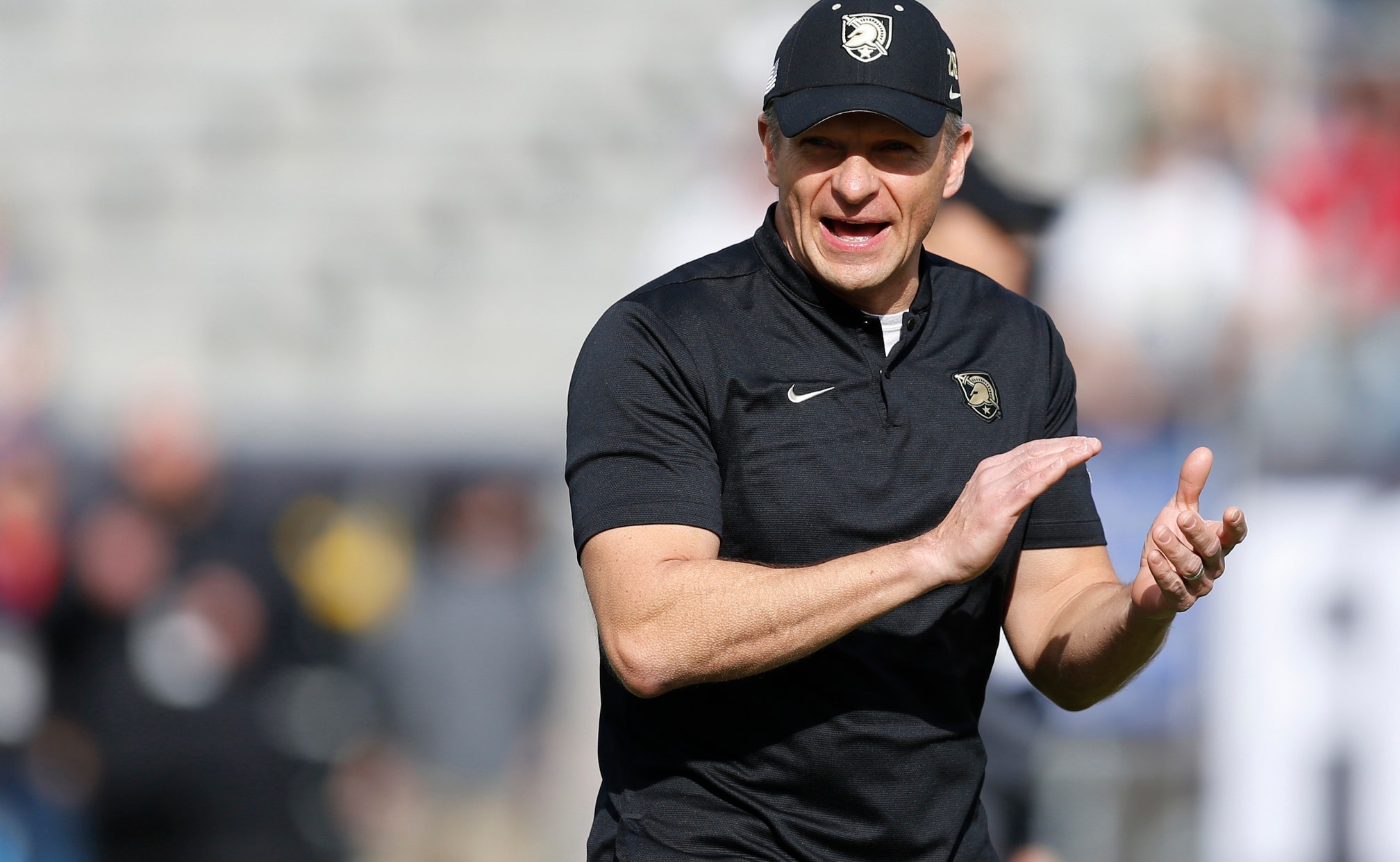 WEST POINT, N.Y. (AP) — Entering his sixth season at Army, coach Jeff Monken is in a very good place — 29 wins in three seasons and a team that's driven to keep the excellence going.

The Black Knights are coming off an academy-record, 11-win season and their first national ranking — No. 19 — since 1996, so the bar's set pretty high.

"Obviously, we've had a lot more expectation put on us this year than we have in the past," fullback Connor Slomka, one of 32 seniors, said on Thursday. "It's really exciting for this program. We as a team are very excited to have this opportunity. It's something we haven't had before. We're just really excited to show people that we belong there."

When preseason opened a year ago, Monken had to replace starting quarterback Ahmad Bradshaw. His stellar play in 2017 had led the Black Knights to their first 10-win season, capped by a second straight win over archrival Navy and a bowl victory over San Diego State.

It was a seamless transition. Hopkins became the first player in program history to throw and rush for more than 1,000 yards (1,026 and 1,017) in a season and finished the year with 17 rushing touchdowns, tying the team record shared by tailback Carlton Jones and quarterback Trent Steelman.

"A year ago we didn't know if he was going to be the starter," Monken said. "He earned the job, had a great season, so at this point the confidence that we have and his teammates have in him as a leader and as a performer makes it different."

Hopkins finished his breakout season with five rushing touchdowns in a stunning 70-14 victory over Houston in the Armed Forces Bowl. He's not expecting a drop-off.

Junior Christian Anderson and sophomore Jabari Laws are vying to be the backup.

Other things to know about Army, which opens the season at home against Rice on Aug. 30:

Army relies heavily on its fullbacks to lead its ball-control option attack. The Black Knights averaged 312.4 yards rushing to rank second nationally last season but lost their top two fullbacks to graduation, bruising Darnell Woolfolk and slithery Andy Davidson. Together, they had 1,286 yards rushing and 16 TDs, Woolfolk tallying 14 of those scores. The 240-pound Slomka, a gifted short-yardage runner who had 216 rushing yards and scored five TDs last season, and junior Sandon McCoy are the top two heading into the season. The 215-pound McCoy has 123 yards rushing on 28 carries and is getting a large share of the reps in preseason to get him acclimated.

"This year the sum of the parts has a chance to be just fine," Davis said. "We've got 45 starts returning, guys that have started in 45 games. We really feel this is the most depth across the board that we've had."

Army relies on controlling the clock and limiting the number of possessions its opponents have. Turnovers are to be avoided at all costs and the Black Knights are darn good at that. They had only eight last season, second nationally, losing just five fumbles in 922 snaps to go with three interceptions.

"Our goal is to be better than we were last year in ball security," Davis said. "We give our team a chance to win football games if we don't turn it over. Our record when we have not turned the ball over is pretty good. I think we might have lost one game in five years. That's something we point out to our guys all the time."

Besides the lopsided bowl win, an overtime loss at Oklahoma in September instilled a lot of confidence in the team, whose strong finish to the season has attracted a lot more attention.

"I don't know that there's any pressure. I'm not putting any pressure on them," Monken said. "Any pressure there is, is internal. I hope they're excited about the season and feel compelled to play their very best because of what's been built in the program, that there's an expectation and with expectations comes a standard that needs to be upheld. Hopefully, they'll do that."

Independents (FBS)
share story
those were the latest stories
Want to see more?
View All Stories
Fox Sports™ and © 2020 Fox Media LLC and Fox Sports Interactive Media, LLC. All rights reserved. Use of this website (including any and all parts and components) constitutes your acceptance of these Terms of Use and Updated Privacy Policy. Advertising Choices. Do Not Sell my Personal Info