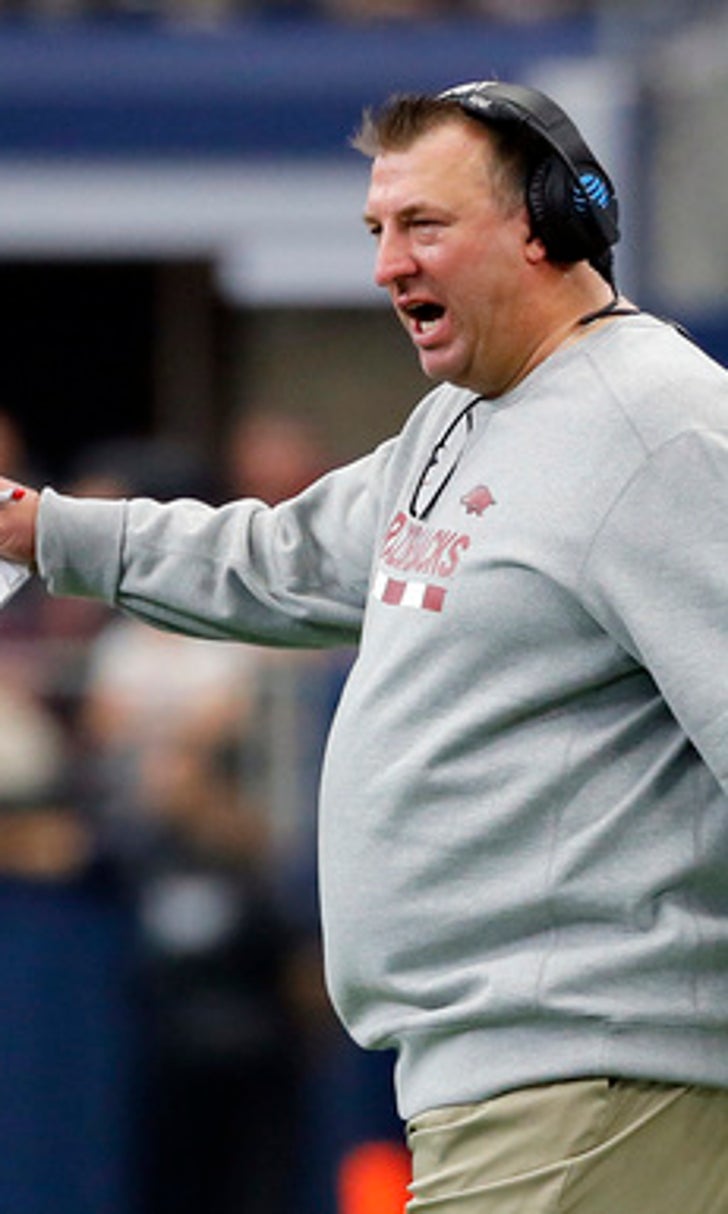 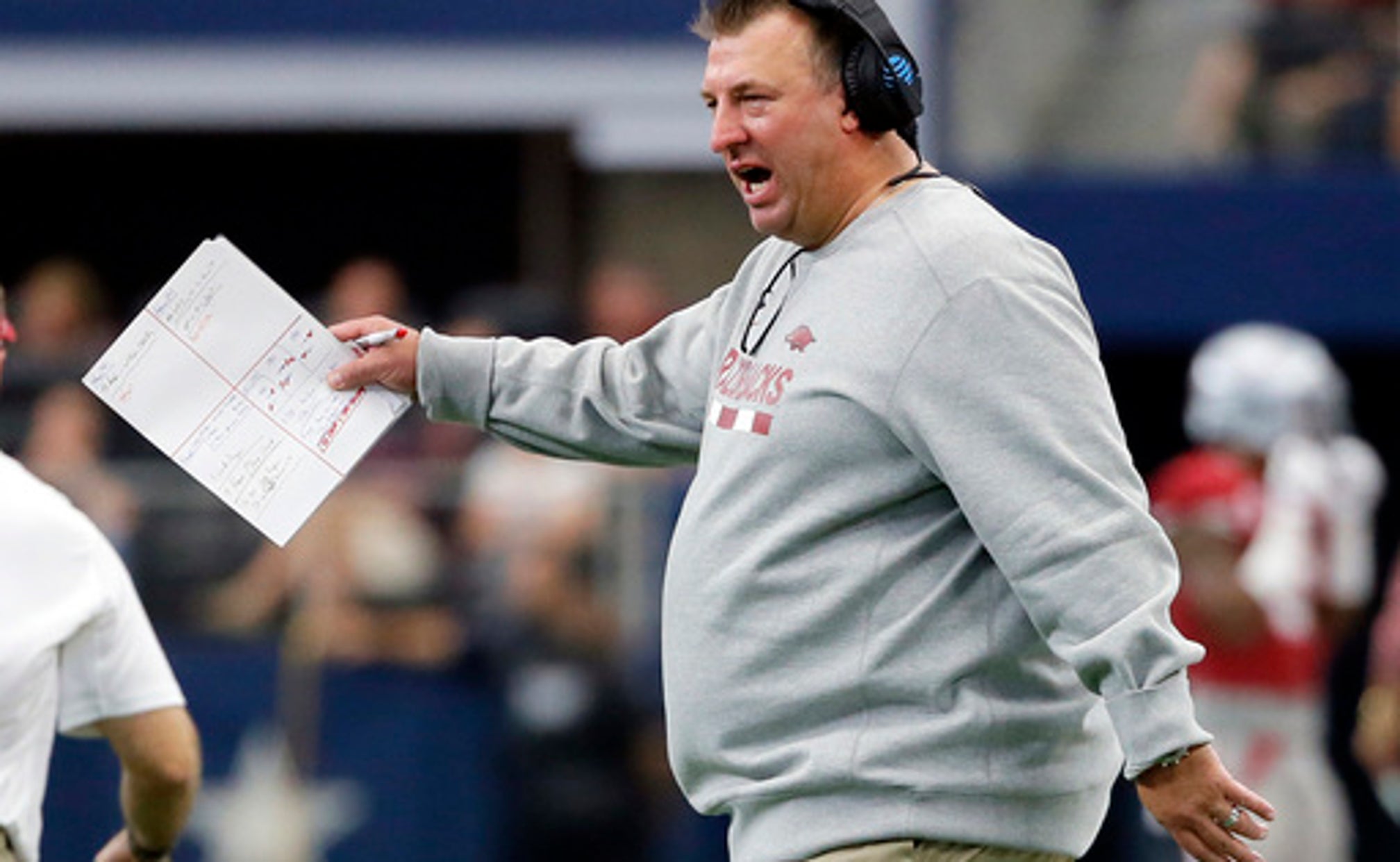 Mississippi and Arkansas are two programs who could use some good news.

The Rebels and Razorbacks meet on Saturday in Oxford, Mississippi, and are both trying to salvage a few wins during the second half of a difficult season. Ole Miss has lost four of its past five games while Arkansas has lost five of six, including three straight.

Injuries have been a problem for both programs. Ole Miss (3-4, 1-3 Southeastern Conference) learned this week that sophomore quarterback Shea Patterson - the SEC's leading passer - will miss the rest of the season after he tore a knee ligament in the team's loss to LSU on Saturday. The Rebels will go with backup Jordan Ta'amu, a junior who has completed 7 of 11 passes for 78 yards this season. He's also run for 52 yards.

''He can really run and he's a very good athlete,'' Ole Miss interim coach Matt Luke said. ''I think everyone else around him has to step up. (Offensive) line, receivers and running backs have to do a great job keeping the game plan simple for him so he can just go execute. I think the more we do that, the better chance we have.''

Arkansas (2-5, 0-4) has also dealt with plenty of injuries. Freshman Cole Kelley has been the Razorbacks' starter over the past two games because of a shoulder injury for senior Austin Allen. Kelley has thrown for 549 yards, four touchdowns and two interceptions while completing 57 percent of his passes this season.

Here a few more things to watch when the Rebels host the Razorbacks on Saturday:

WHERE'S THE OFFENSE? Patterson is leading the SEC with 322.7 yards passing per game, but the Rebels' offense will undoubtedly change now that he's out for the season with a knee injury. Ta'amu has looked decent throwing the ball in limited action. It remains to be seen if he can take advantage of having a talented group of receivers like A.J. Brown, D.K. Metcalf and Van Jefferson.

ARKANSAS DOMINANCE: Former Ole Miss coach Hugh Freeze had a lot of success in the SEC, but one team that bothered him was Arkansas. The Razorbacks have won three in a row in the series, including last year's 34-30 decision in Fayetteville.

ALLEN UPDATE: Allen is expected to miss his third straight game on Saturday with an injured throwing shoulder he suffered against South Carolina on Oct. 7. Razorbacks coach Bret Bielema called Allen's return against the Rebels ''highly questionable,'' meaning Kelley is expected to once again start under center. Kelley has thrown for 363 yards in his two starts since replacing Allen.

INJURED HOGS: Allen's injury is just the latest in a season full of health setbacks for the Razorback, who lost two more key contributors this week to season-ending injuries. All-SEC center Frank Ragnow is out with a high ankle sprain, while talented freshman running back Chase Hayden suffered a lower leg fracture in last week's loss to No. 19 Auburn and is also out. The two join running back Rawliegh Williams (neck), wide receiver Jared Cornelius (Achilles) and cornerback Ryan Pulley (pectoral) as top Arkansas players whose seasons have ended early with injures.

SACK PARTY: Ragnow's loss up front is perhaps the most significant for an Arkansas team that's already struggled mightily on the offensive line this season. The Razorbacks are averaging only 4.1 yards per rushing attempt this season, compared to 5.4 for their opponents, and they are 124th in the country while allowing 3.43 sacks per game.