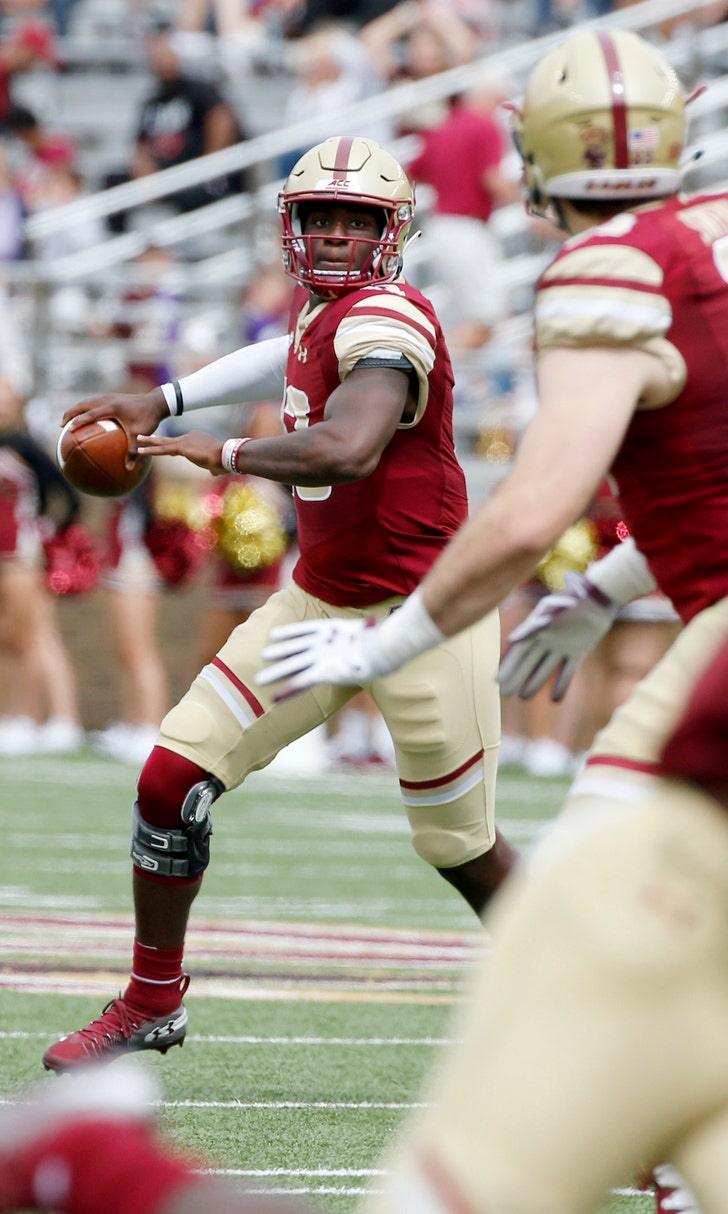 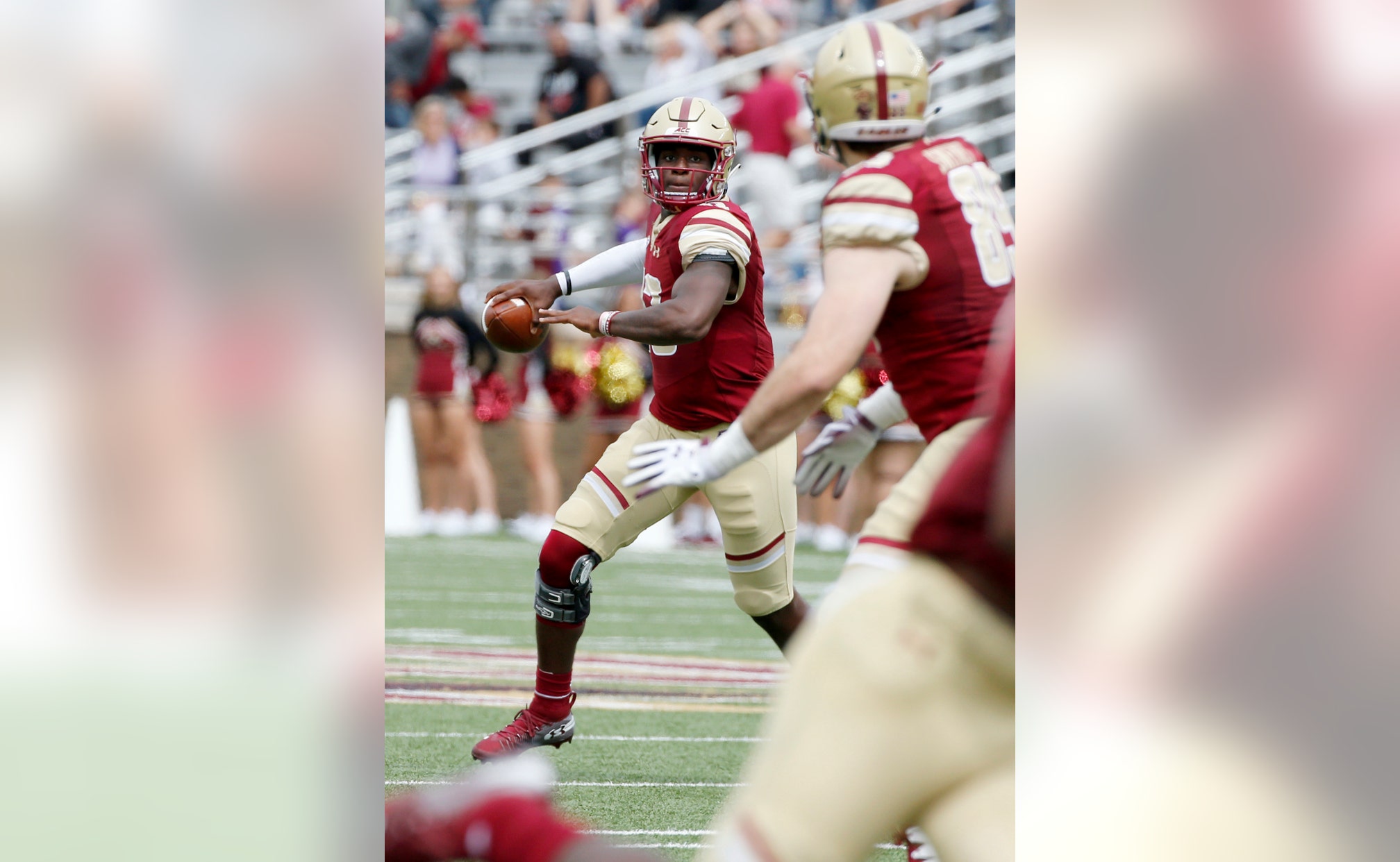 The Associated Press has been honoring college football's best with an All-America team since 1925. This season, the AP released a preseason All-America team and will put out a midseason team. The full three-team AP All-America selections will be unveiled in December. The second All-America watch of the season features an unexpected national passing leader from Boston College, a versatile pass rusher for Oklahoma State and Running Back U.'s next star.

Tua Tagovailoa, Dwayne Haskins and Kyler Murray for good reason have drawn raves for their performances in their first season as starters for programs that sit near the top of the rankings.

But check out the FBS passing leaders and it is Brown who is No. 1. He started 10 games last season as a redshirt freshman and things were starting to click when he injured his right knee in mid-November. He has returned from injury better than ever. Brown leads the nation in passer rating (240.18), is second in yards per pass (13.0) and has yet to throw an interception. Best of all the Eagles are 3-0 for the first time since 2007.

What they are saying: "That's what a big-time player should do, and he did it," Boston College coach Steve Addazio said about Brown after the sophomore set career highs with 304 yards passing and five TD passes against Wake Forest.

Outlook: Brown is showing he can burn defenses that over-commit to stop the Eagles star tailback A.J. Dillon. He might not be able to keep pace with those other star QBs much longer, but BC goes to Purdue this week and the Boilermakers rank 104th in the nation in yards per pass attempt allowed (8.4), so it could be another opportunity for Brown to be the man.

Brailford is coming off a career game against Boise State, with two sacks and two forced fumbles. The senior has already matched last season's sack total with five, which leads the nation. The Cowboys are tops as a team in the FBS with 16 sacks.

New Oklahoma State defensive coordinator Jim Knowles used the 6-foot-3, 250-pound Brailford at outside linebacker, middle linebacker and defensive end against Boise State, taking advantage of his athleticism to slow down an offensive that came to Stillwater ranking among the best in the nation.

The Cornhuskers star has 10 catches for 139 yards and a score in first two games — modest numbers and not totally an indictment of his play. He played with freshman quarterback Adrian Martinez in the opener against Colorado, and then last week, coach Scott Frost had to turn the offense over to freshman walk-on Andrew Bunch.

Morgan, a senior, is one of the top receivers in the Big Ten and the Cornhuskers will need to get him involved to turn around a 0-2 start. Martinez is likely to be back in the lineup this week when Nebraska goes to No. 19 Michigan. A breakout for Morgan against a tough Wolverines defense would be timely.

The sophomore played great against one of the best defensive fronts in college football as the Tigers beat Auburn last Saturday.

The next star from San Diego State's running back factory is Washington, a junior from Texas who is fourth in the nation in rushing at 150.67 yards per game. The Aztecs have produced two straight 2,000-yard backs in Donnel Pumphrey and Rashaad Penny. Washington is more in the mold of Pumphrey at 5-foot-7 and 190 pounds. That won't stop him from being a workhorse. He leads the nation with 87 carries. Washington went for 137 yards and 27 carries in the Aztecs' 28-21 victory against Arizona State on Saturday.

Love, the Heisman Trophy runner-up last season, should be fresh after getting a game off last week against UC Davis. He went for 147 yards and two scores on 17 carries in a 47-7 rout of the Ducks last season. Dye, a second-team preseason All-American, and the Ducks have not been tested yet this season, but he made 107 tackles last year and will need a big game in Eugene on Saturday for the Ducks to make a statement in the Pac-12.