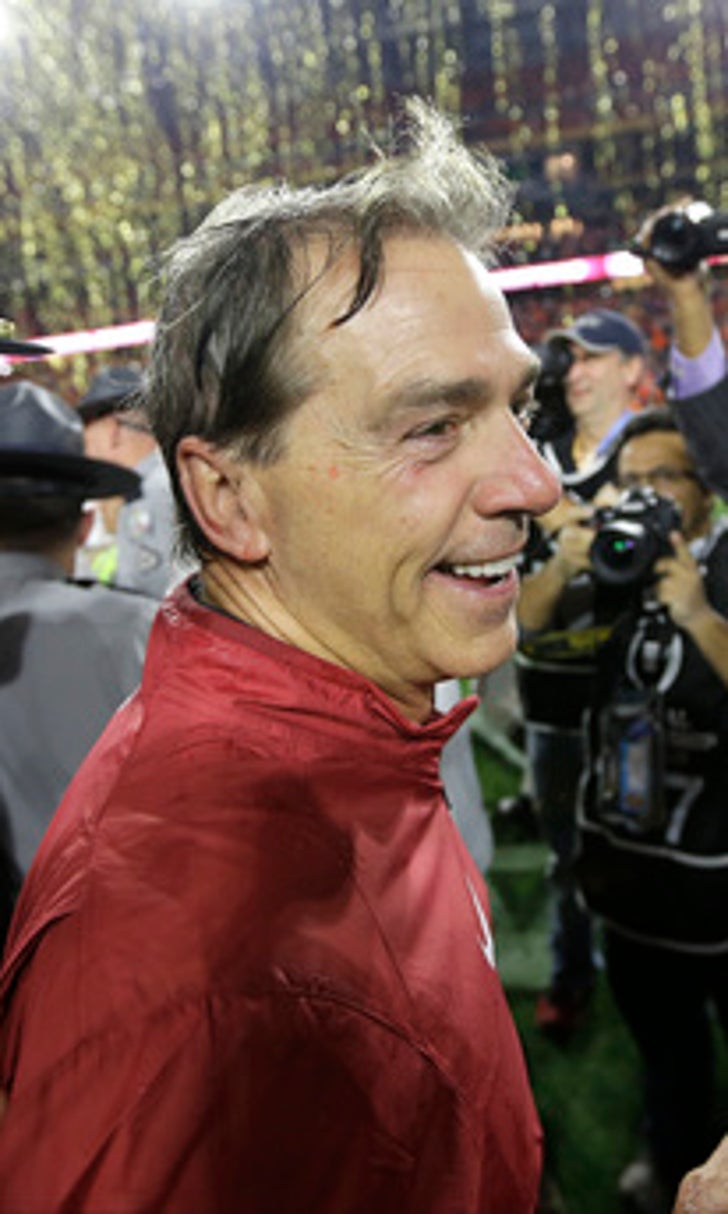 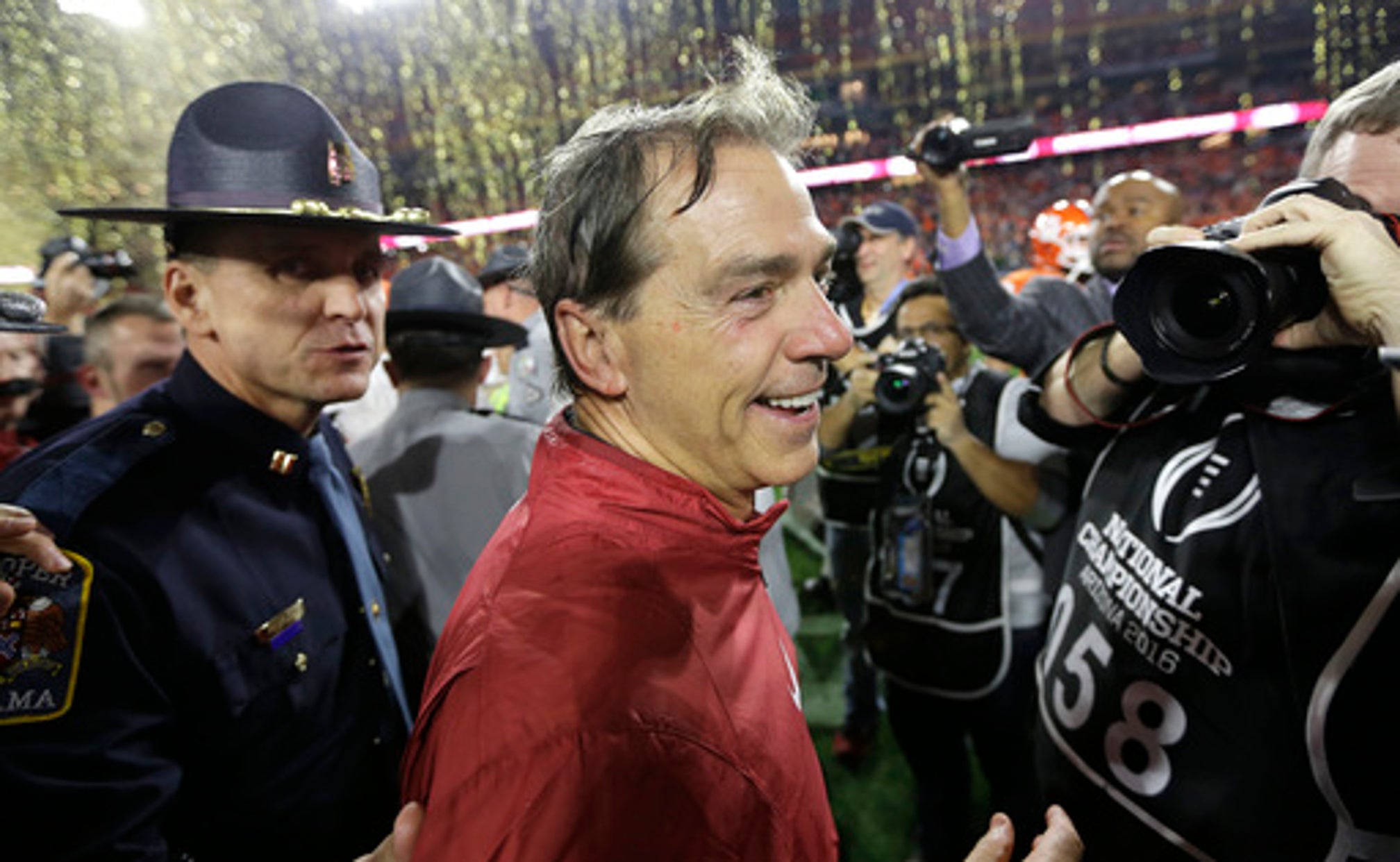 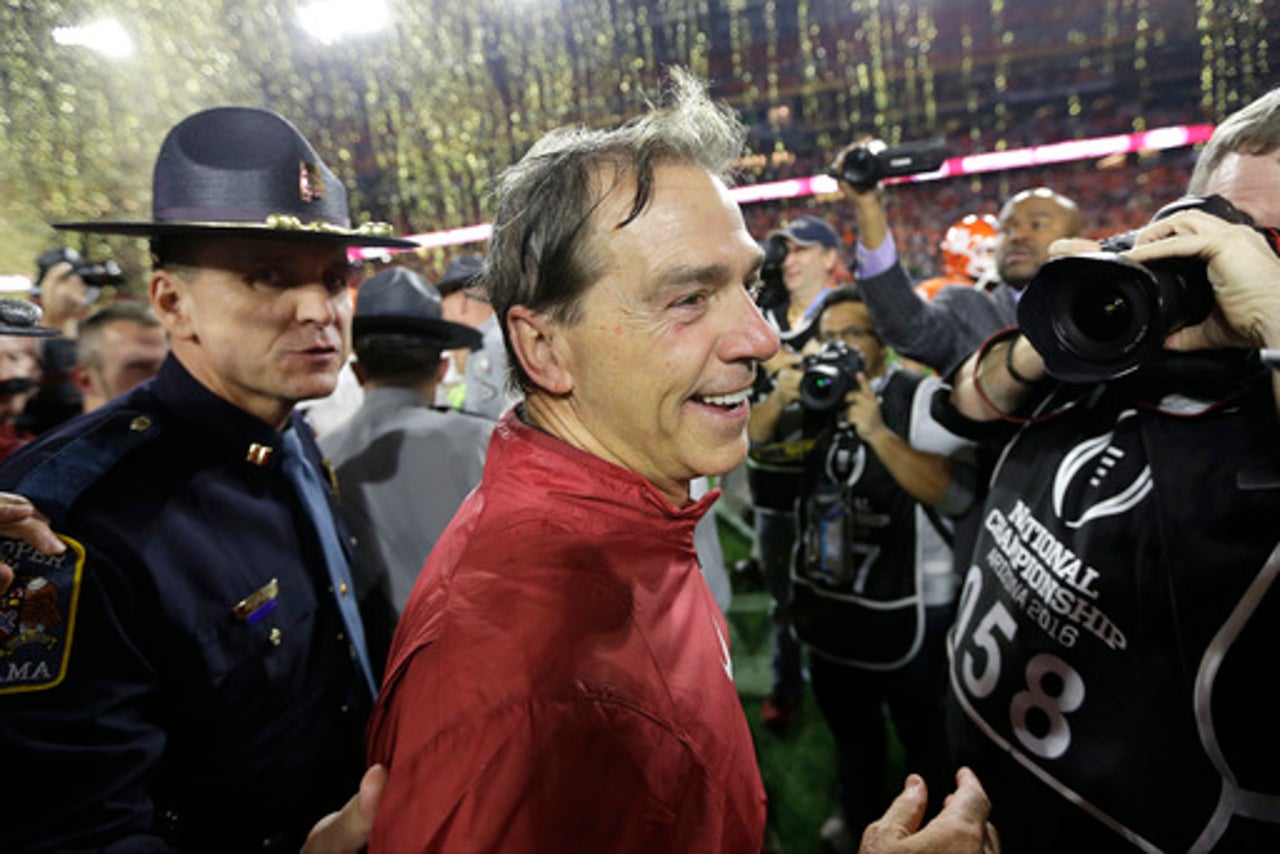 Nick Saban entered the decade armed with a national title and a promise.

The Alabama coach, fresh from the 2009 national championship, told thousands of Crimson Tide fans at Bryant-Denny Stadium that he was just getting started.

''I want everybody here to know, this is not the end,'' Saban said at the January 2010 celebration. ''This is the beginning.''

The beginning of the decade, and of a dynasty.

The Crimson Tide has been unquestionably the dominant team of the decade to this point, riding Saban's ''Process'' and a string of top recruiting hauls to nearly annual title contention.

That's not really how the decade started, though, since `Bama had a 10-3 hiccup in 2010. A lousy season by current standards. Counting the latest preseason poll, Alabama has been the No. 1 team in the country in 36 polls during this decade. The next three schools (Ohio State, Florida State and LSU) combined have 35 No. 1 rankings.

Oregon's blur of an offense and Cam Newton's controversial but dynamic run to that year's Heisman Trophy and national title with Auburn got the decade off and running. Those teams met in the championship game.

The Ducks, Baylor, Auburn and many others have had successful runs sans huddle.

Even Saban went from pushing for a rules change to tap the brakes on offenses to a partial convert with the help of offensive coordinator Lane Kiffin, who incidentally was introduced as Southern California's head coach four days before that Tuscaloosa celebration.

''Five years ago he was complaining about everybody going too fast, so he adapted,'' retired Florida State coach Bobby Bowden said of Saban. ''He started to go fast himself. I think every 10 years things change. Defenses get ahead of the offense or the offenses get ahead of the defense, and a coach must be able to adjust and keep up with the times of what's going on. And he does that about as good as anybody right now.''

Alabama has claimed three of the decade's first six national titles while Auburn, Florida State and Ohio State have each won one.

With the playing field theoretically more even thanks to scholarship limits, Bowden for one isn't sure there's been a better run than the one Saban has going.

''There were runs something like this but this may be the best of all of them so far in the history of football,'' he said.

Alabama has appeared in 100 percent of all polls taken.

Alabama-LSU has lost some of its sizzle lately, with the Tide winning the last five meetings. But the rivalry between teams Saban led to national titles also produced the so-called ''Game of the Century,'' a 1 vs. 2 showdown won 9-6 by LSU in overtime in 2011. The teams met in a rematch in the national title game, dominated by Alabama 21-0. Three of the meetings this decade have been decided by four points or less and two have gone into overtime.

Fast-paced offenses have become practically the norm, with mobile quarterbacks swiftly calling plays to keep defenses off-balance and spread the field. Double-threats like Newton, Texas A&M's Johnny Manziel, Oregon's Marcus Mariota and Baylor's Robert Griffin III have won the Heisman and Clemson's Deshaun Watson was a finalist last season - before chewing up the Tide's defense for 478 total yards in a title game shootout.