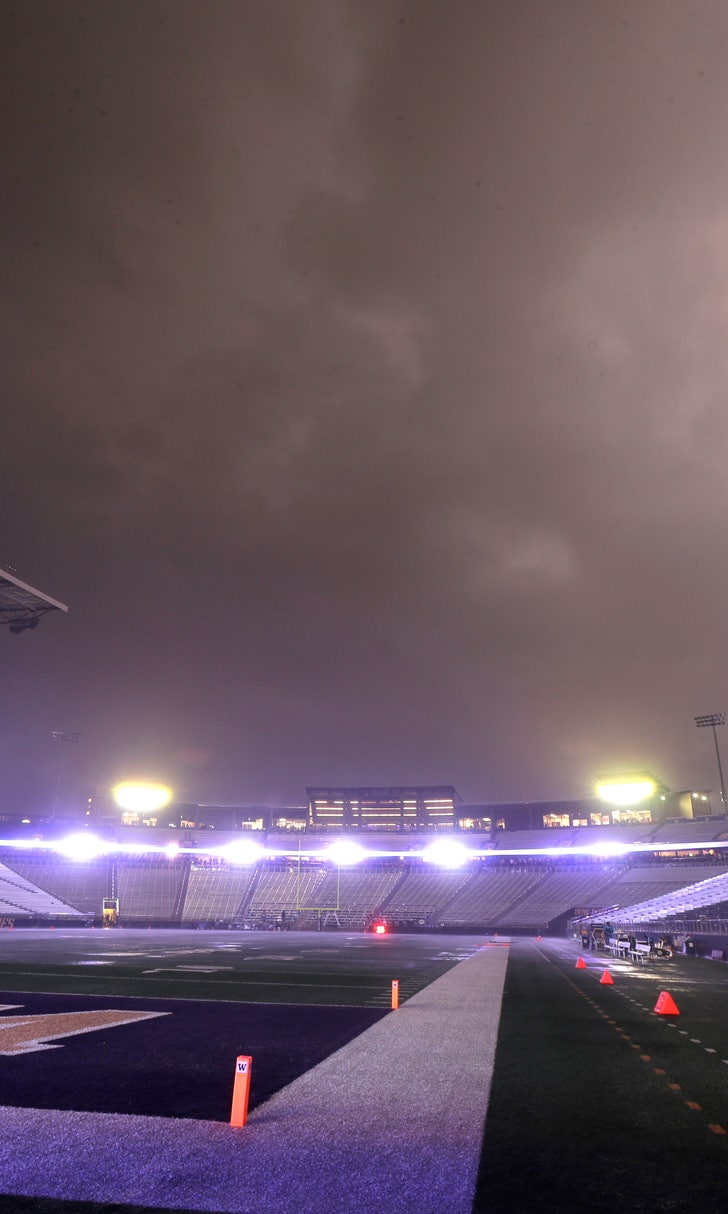 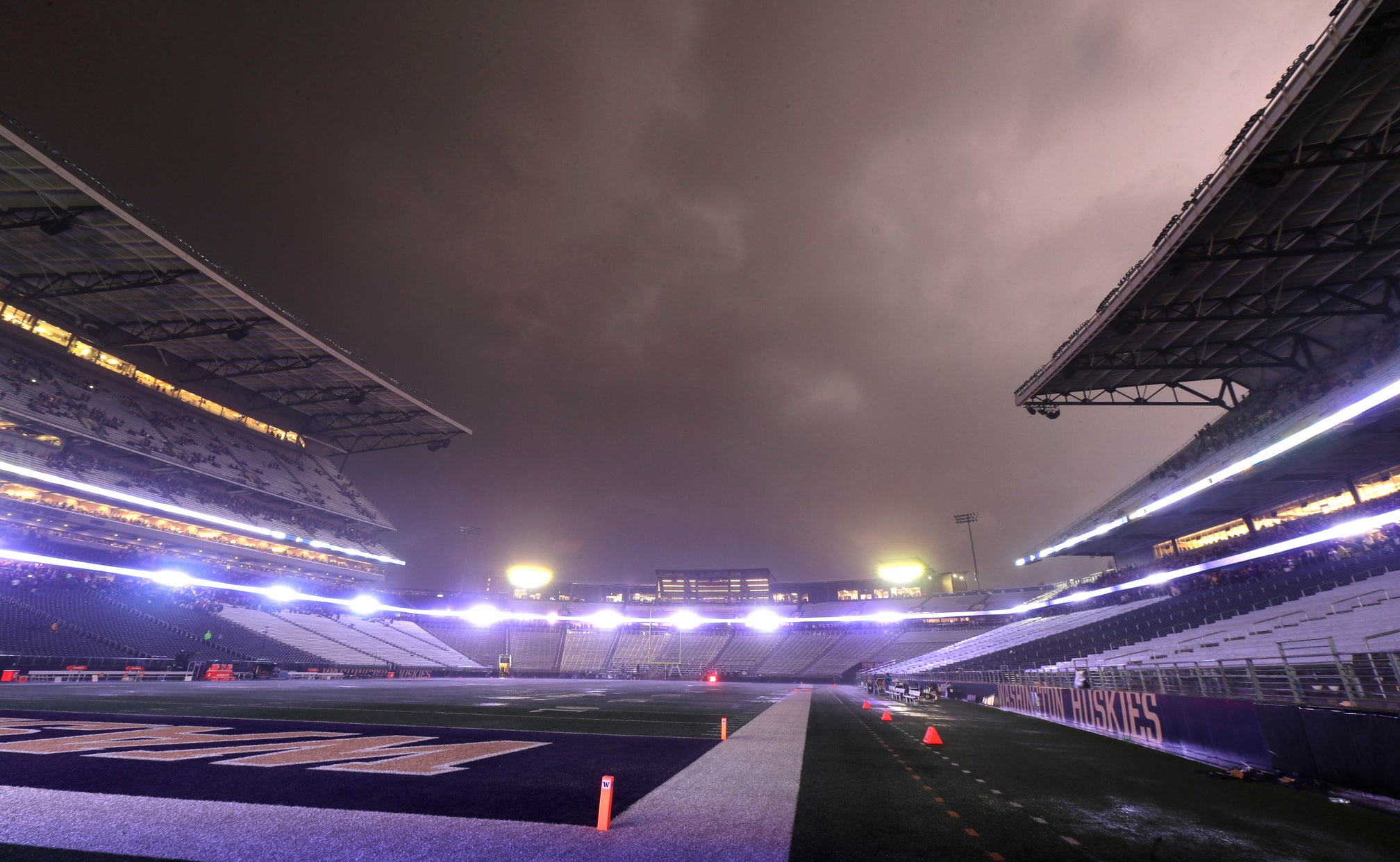 After late-night stumble, No. 23 Washington tries to regroup

SEATTLE (AP) — When Chris Petersen finally went back to watch what happened to No. 23 Washington after enduring a delay he'd never experienced as a coach and a game that ended at an hour never seen in school history, he didn't see glaring issues.

It was a lot of little problems that cumulatively added up to a loss on one of the strangest nights in Washington's football history.

"A lot of it, three quarters of it was really good football. ... Played well on tape," Petersen said. "And then there's a handful of things you just would love to have back. That's the game. That's why we're still a work in progress."

Eventually the multitude of factors that went into Washington's surprising 20-19 loss to California will likely be forgotten. The Huskies missed several red-zone opportunities, settling for field goals instead of touchdowns; had some untimely penalties; and put up little resistance to the Golden Bears' rushing attack in the third quarter.

This game will always be remembered for the severe weather early in the first quarter that caused a delay of 2 hours, 39 minutes. The game restarted at 10:30 p.m. and ended at 1:22 a.m. Sunday, shortly after Cal kicker Greg Thomas hit a 17-yard field goal for the winning points.

Petersen said after the game and again on Monday the delay was not an excuse for Washington's lapses.

"I feel like the game picked up right back where it was," Washington safety Myles Bryant said after the game. "But we just needed to come out with a little bit more edge and energy, and I don't think we did a good job doing that."

It wasn't even a sure thing that the game would resume.

Petersen said Monday there was constant communication with Cal's staff, including coach Justin Wilcox, about the options as lightning continued to flash within an 8-mile radius around the stadium and restart a 30-minute delay clock with every bolt. There appeared to be a consensus that if the game couldn't be restarted by 11 p.m., it would be called off and the teams would try to reschedule.

But the emphasis was on trying to play that night since the teams didn't have a mutual open date on the calendar.

"We were trying to figure out if we were going to play is really what we were doing. We were looking at the weather and how long this was going to take," Petersen said. "I think we were getting close, both sides were getting very close to calling it off if we couldn't get that thing started by about 10:30. Kept talking about 11 o'clock, that's too late for the guys."

When the game did restart, California's secondary caused problems for Washington quarterback Jacob Eason, who completed just 18 of 30 passes for 162 yards. And the Bears were especially troublesome in the red zone, where Washington was forced to kick three field goals after getting inside the Cal 20. In the opener against Eastern Washington, the Huskies had four TDs in six red-zone trips.

Petersen knows the Huskies will need to be better at finishing drives with Hawaii visiting on Saturday. The Warriors already have wins over Arizona and Oregon State and are averaging 38 points and over 425 yards passing through two games.

"You don't see what they're doing out there and they're good at it," Petersen said. "(Hawaii coach Nick Rolovich) has gotten back to his roots and they are good."