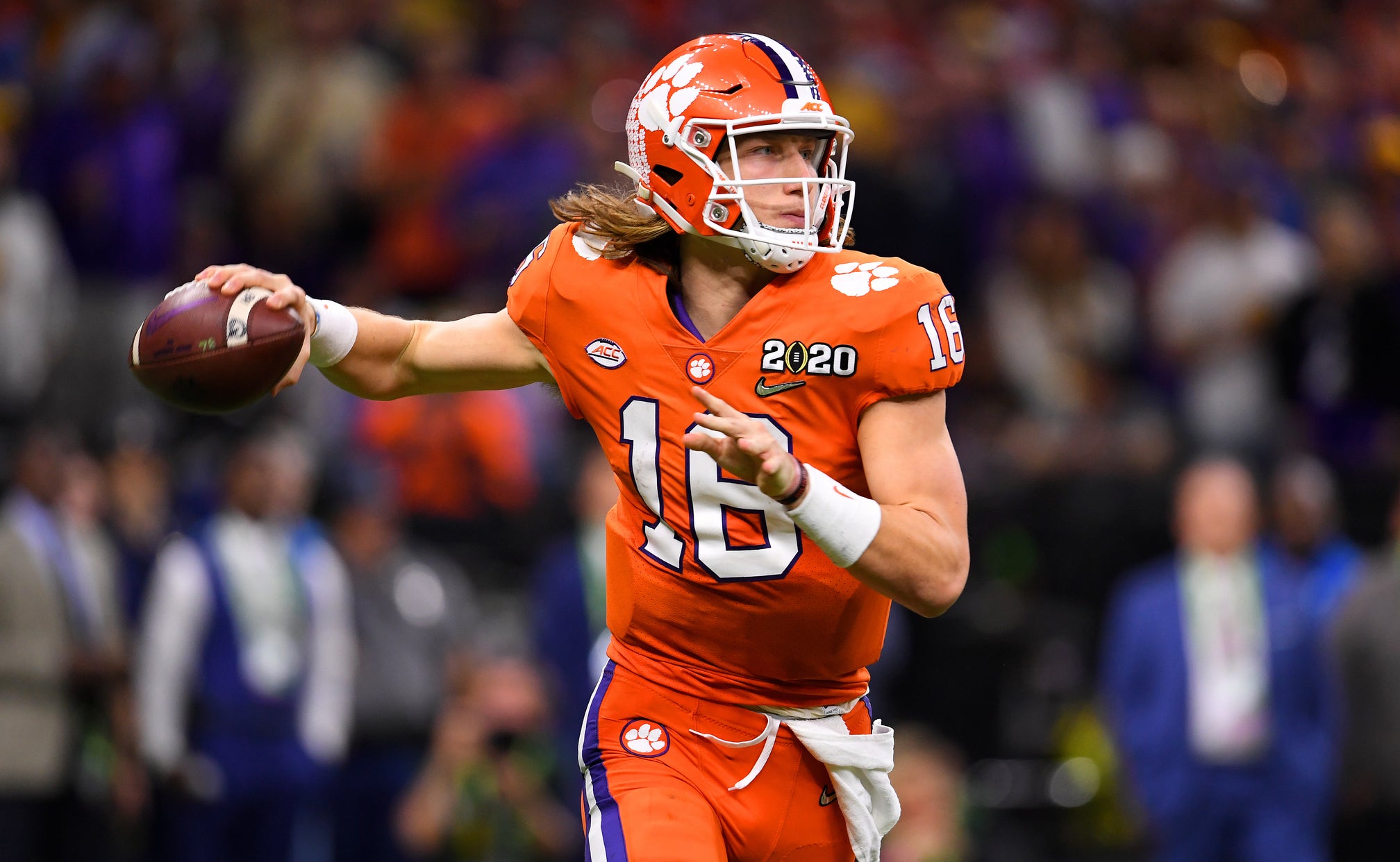 A few weeks ago, both the Texas Longhorns and Oklahoma Sooners had dreams of making it to the College Football Playoff. Now, the rivals will meet on Saturday for the Big Noon Kickoff on FOX for the chance just to stay relevant in the Big XII title race.

That storied rivalry is the leadoff game in FOX Bet’s Super 6 contest.

Just download the FOX Super 6 app on your phone, pick all six of the college football games listed and the margins of victory in each. If you do that, you could win the jackpot of $25,000. Just download the app in the Apple Store or Google Play. The best part is it's free!

The annual Red River rivalry will take place at the Cotton Bowl in Dallas. But unlike previous seasons when one team had legitimate national championship hopes, this edition sees Texas (2-1) fresh off a loss to Texas Christian, while Oklahoma (1-2) has lost its first two conference games for the first time since 1998.

The Texas offense has been outstanding, averaging 51 points a game in its first three games. The Sooners have averaged 37.5 points in their first three contests. So expect a lot of scoring.

Texas QB Sam Ehlinger will play his fifth game against the Sooners, where he has posted some incredible numbers (more than 1,100 yards passing and 13 combined touchdowns), but he is just 1-3 vs. Oklahoma. Spencer Rattler will play in his first Red River rivalry. The Oklahoma quarterback has been strong in his first three starts, even if the results don’t show it.

One of two ACC games that features a matchup of Top 25 teams, the Hokies head to Chapel Hill to face Mack Brown’s Tar Heels.

This is a style clash with Virginia Tech wanting to use its high-powered running game, highlighted by Khalil Herbert, to control the clock. Herbert leads the nation with 156 yards per game on the ground. That flies right into the strength, however, of the North Carolina defense. The Tar Heels allowed only 40 yards on the ground against Boston College and are the best in the nation against the run.

For the second consecutive week, an SEC team arrives in Athens with hopes of making a huge statement. The Volunteers better hope their trip to Georgia ends better than it did for Auburn last week. The Bulldogs rolled all over the Tigers 27-6 in a clash of Top 10 teams.

Tennessee has won eight straight games dating back to last year, but this is its biggest road test as of yet. Volunteers quarterback Jarrett Guarantino will be on the spot and in need for a big game.

Two teams that have already claimed huge road wins look to place themselves in the discussion for the Big XII title. The Wildcats went into Oklahoma and downed the Sooners two weeks ago, following that with a victory over Texas Tech last week. Meanwhile, the Horned Frogs pulled out a 33-31 victory at Texas last Saturday. Max Duggan will have to have a big game if TCU will be able to make it two wins in a row.

Two of the elite brand names in college football meet up in South Bend, Ind. However, the Seminoles and the Fighting Irish are at different stages of national contention. Florida State, in its first year under coach Mike Norvelle, got its first win of the season last week against Jacksonville State.

Meanwhile, the Irish hope to remain perfect and keep rolling toward a home showdown on Nov. 7 against No. 1 Clemson after missing a game against Wake Forest due to Coronavirus spread within their program. Irish QB Ian Book could take advantage of the prime time spotlight to vault into the Heisman Trophy conversation.

Another shot for Miami to get back into the national championship conversation. Another shot for America to see Clemson quarterback Trevor Lawrence before he becomes the top pick in the NFL Draft. Clemson has dominated this series in recent years and has won the past two games by a combined score of 92-3.

While Lawrence gets the bulk of the attention, the running back battle between Clemson’s Travis Etienne and Miami’s Cam’Ron Davis could end up deciding this game.

No purchase necessary. Open to legal residents of the US, excluding WA. 18 and older. See terms and conditions at foxsuper6.com. Sponsored by TSG Interactive US Services Limited.