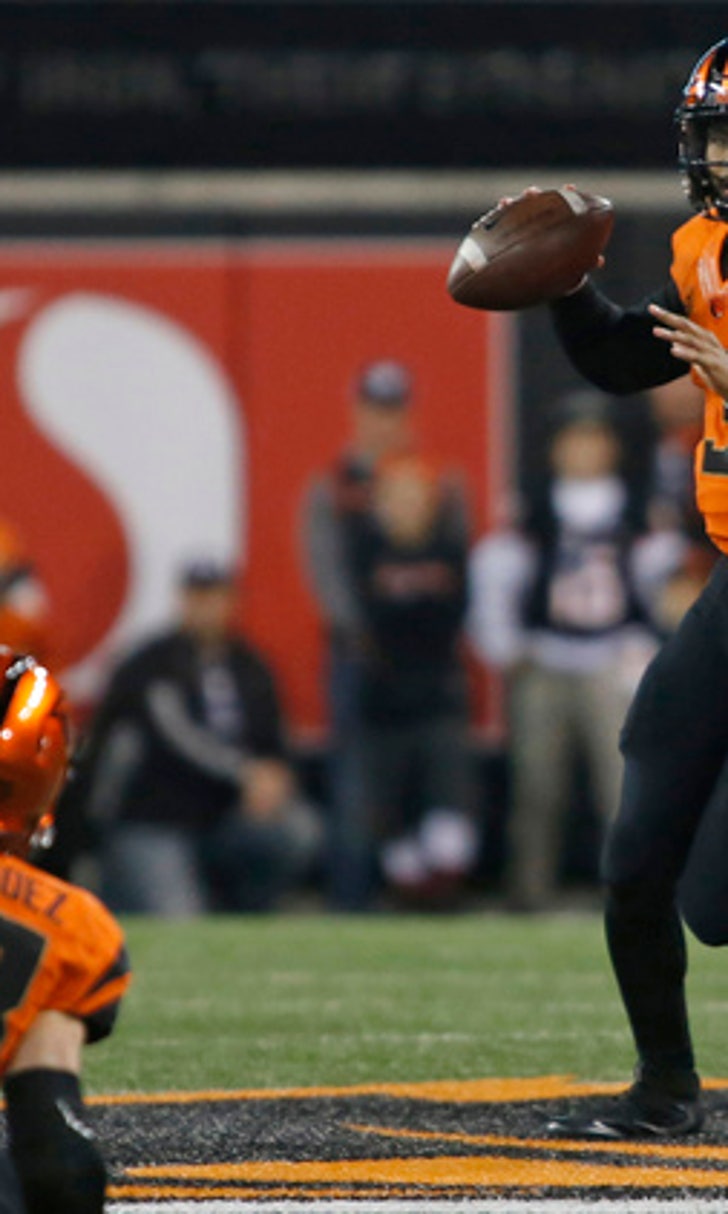 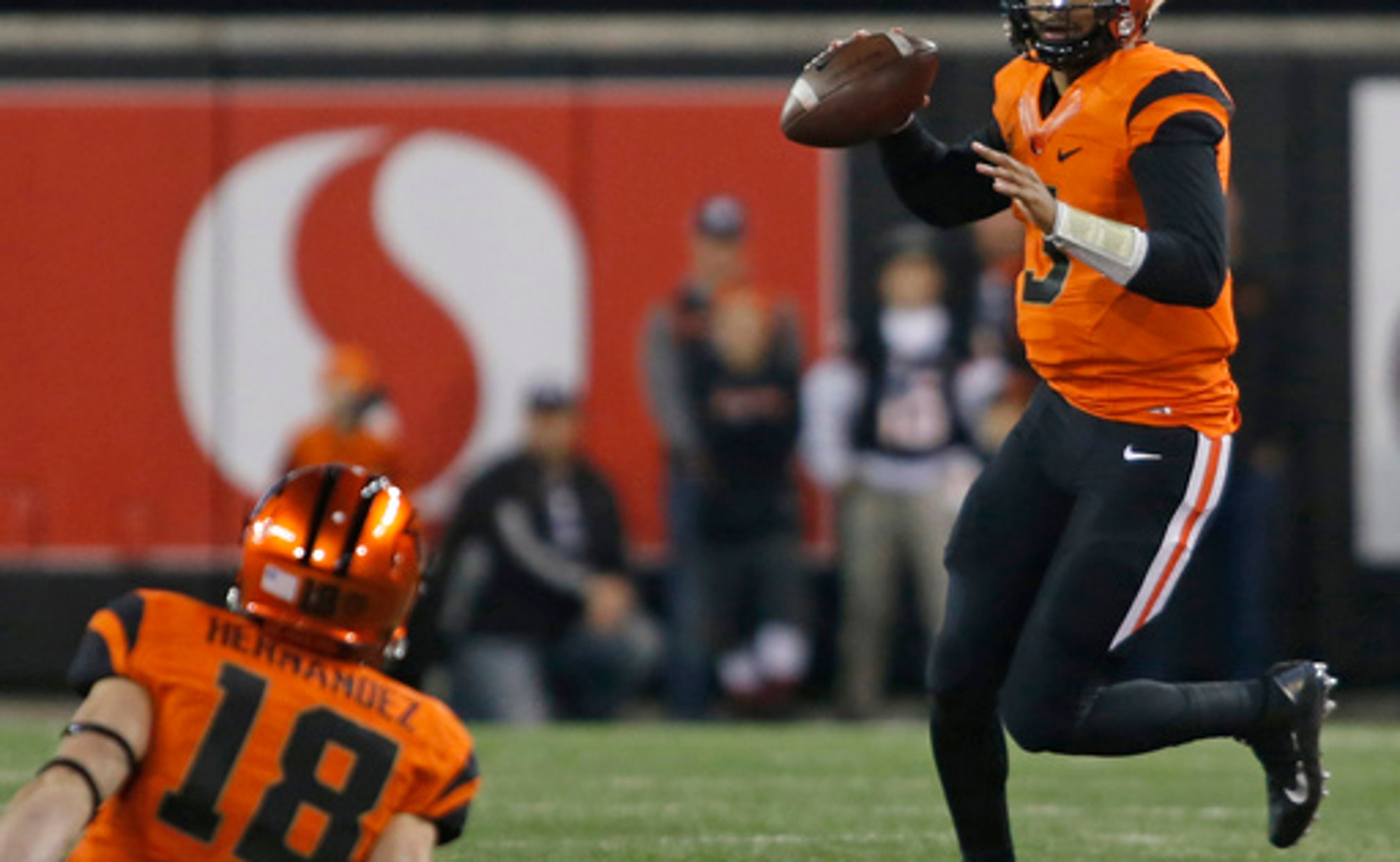 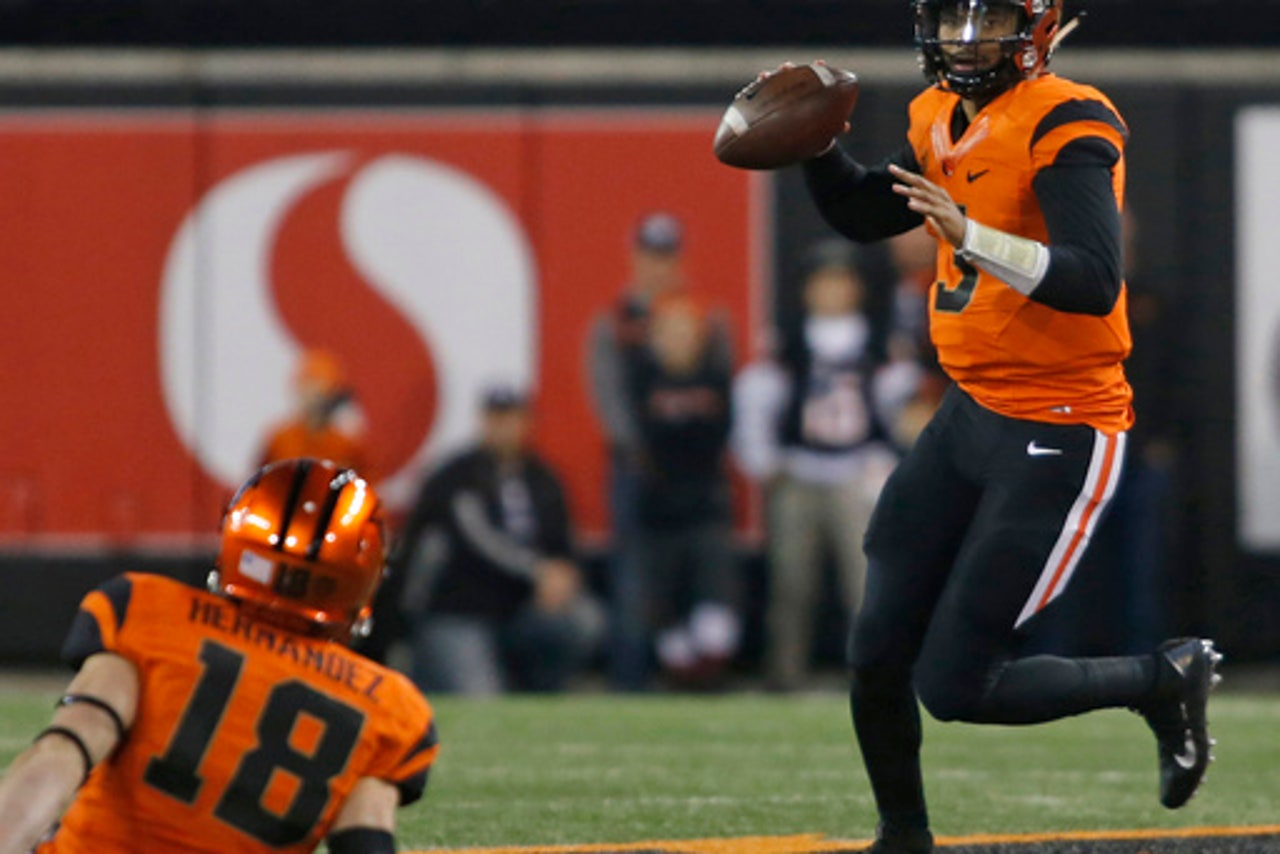 CORVALLIS, Ore. (AP) With an eight-game losing streak in the Civil War rivalry against Oregon, Oregon State quarterback Marcus McMaryion says the Beavers are due.

Some years the Civil War stakes are high. Other years, not so much. With both teams 2-6 in conference games, the winner this season will avoid finishing in the basement of the Pac-12 North.

This is the 120th Civil War game between the two teams, a series that dates to 1894 and is the longest-running rivalry game west of the Rocky Mountains.

''If you don't get excited to play in the Civil War, something's wrong with you,'' McMaryion said.

Could this be the year the Beavers breakthrough? A look at some of the more memorable Civil Wars:

EARLY DAYS: Oregon State - then Oregon Agricultural College - won the first one 16-0 in a showdown between the ''Farmers'' and the ''Lemon-Yellows'' in front of some 500 fans. In 1916, Oregon beat OAC 27-0, giving the Ducks a 6-0-1 regular-season record and their first appearance in the Rose Bowl, where they topped Penn 14-0.

PYRAMID PLAY: The 1933 game was notable because Oregon's extra-point attempt was blocked by Clyde Devine, who was lifted in the air by his teammates. The Ducks nonetheless defeated Oregon State 13-3, and the so-called Pyramid Play was later banned by the NCAA.

THE INTERCEPTION: The visiting Beavers stunned the Eugene crowd in 1953 when Oregon quarterback Barney Holland's pass bounced off the hands of George Shaw - the first pick of the 1955 NFL draft by the Baltimore Colts - and was intercepted by Oregon State's Tommy Little. He returned it 30 yards for the only touchdown in a 7-0 victory.

TERRY BAKER: In 1962, the Beavers and their Heisman Trophy-winning quarterback trailed 17-6 at halftime but dominated the second half. Baker's 13-yard touchdown pass to Danny Espalin in the fourth quarter sealed a 20-17 victory. Baker was the only Heisman Trophy winner from an Oregon school until Oregon quarterback Marcus Mariota in 2014.

TOILET BOWL: A futile 0-0 tie on a blustery and wet day in November 1983, featured 11 fumbles, five interceptions and four missed field goals. It would go down as the last scoreless Division I college football game.

''It was almost like neither team wanted to win,'' Oregon coach Rich Brooks was quoted as saying.

FINISHING BIG: In his first year with the Beavers, Jerry Pettibone led Oregon State to a victory after 10 straight losses to start the 1991 season. Ian Shields, playing with a broken big toe, scored on a 6-yard bootleg for the go-ahead touchdown. Oregon State won 14-3, the Beavers' first victory in Eugene in 18 years.

ROSE BOWL BOUND: The Ducks entered the 1994 Civil War tied with USC for the Pac-10 championship and needed a win to clinch their first Rose Bowl berth since 1957. Trailing 13-10, Danny O'Neill drove the team 70 yards, hitting Dino Philyaw for a 19-yard touchdown with 3:47 to play, giving Oregon a 17-13 victory.

HARRINGTON TEARS: In 2000, the No. 8 Beavers denied the fifth-ranked Ducks a trip to Pasadena with a 23-13 victory. Afterward, quarterback Joey Harrington wept in the arms of his father, John, who played the same position for the Ducks in the late 1960s and never beat Oregon State in three tries.

THE FLY SWEEP: The Beavers snapped a 10-game winning streak for the home team in the 2007 Civil War when freshman James Rodgers scored on a fly sweep for a 38-31 double-overtime victory. It was Oregon State's last win in the series. On Oregon's chance to answer, the Beavers stuffed Jonathan Stewart on fourth-and-1 from the 16.

BEAVERS DENIED: In 2008 the Beavers were looking toward their first Rose Bowl in 44 years with a victory in the final game when the Ducks romped to a 65-38 win in Corvallis. The next year the game was dubbed the ''War of the Roses'' because the winner was guaranteed a Rose Bowl berth. Oregon won 37-33.

THE LAST TIME: Vernon Adams threw for 366 yards and three touchdowns and then-No. 18 Oregon extended a winning streak to six games and closed out the regular season with a 52-42 victory over the Beavers.