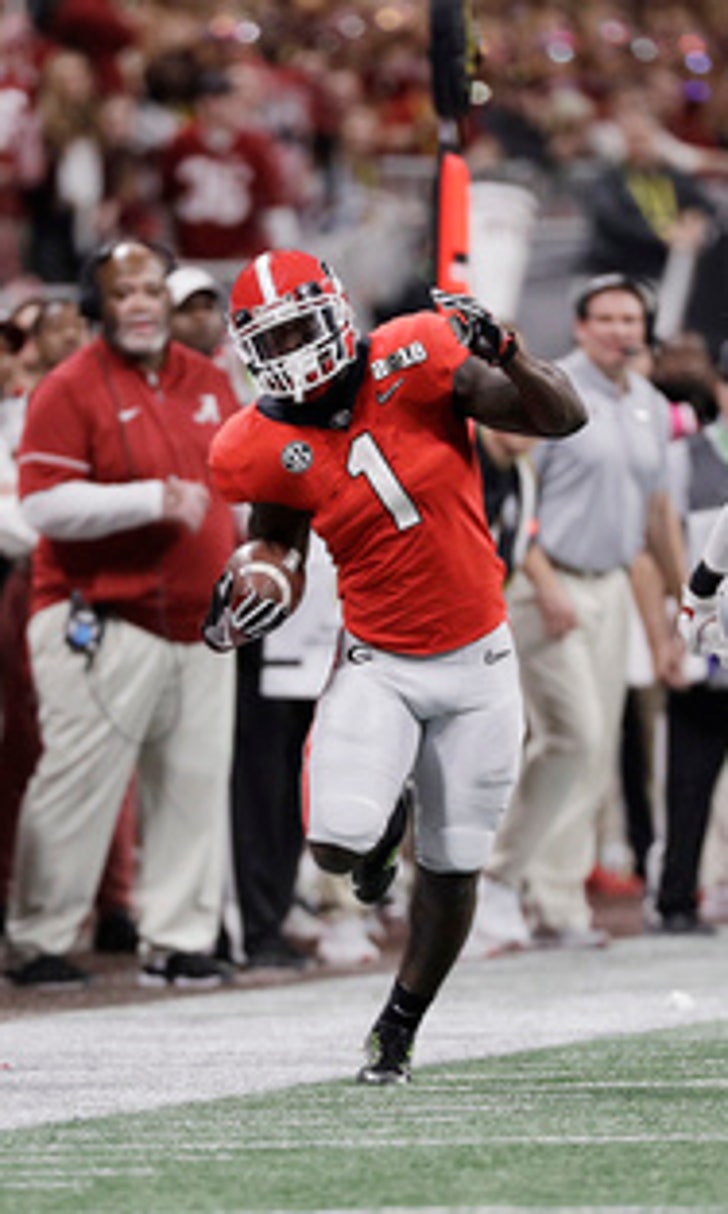 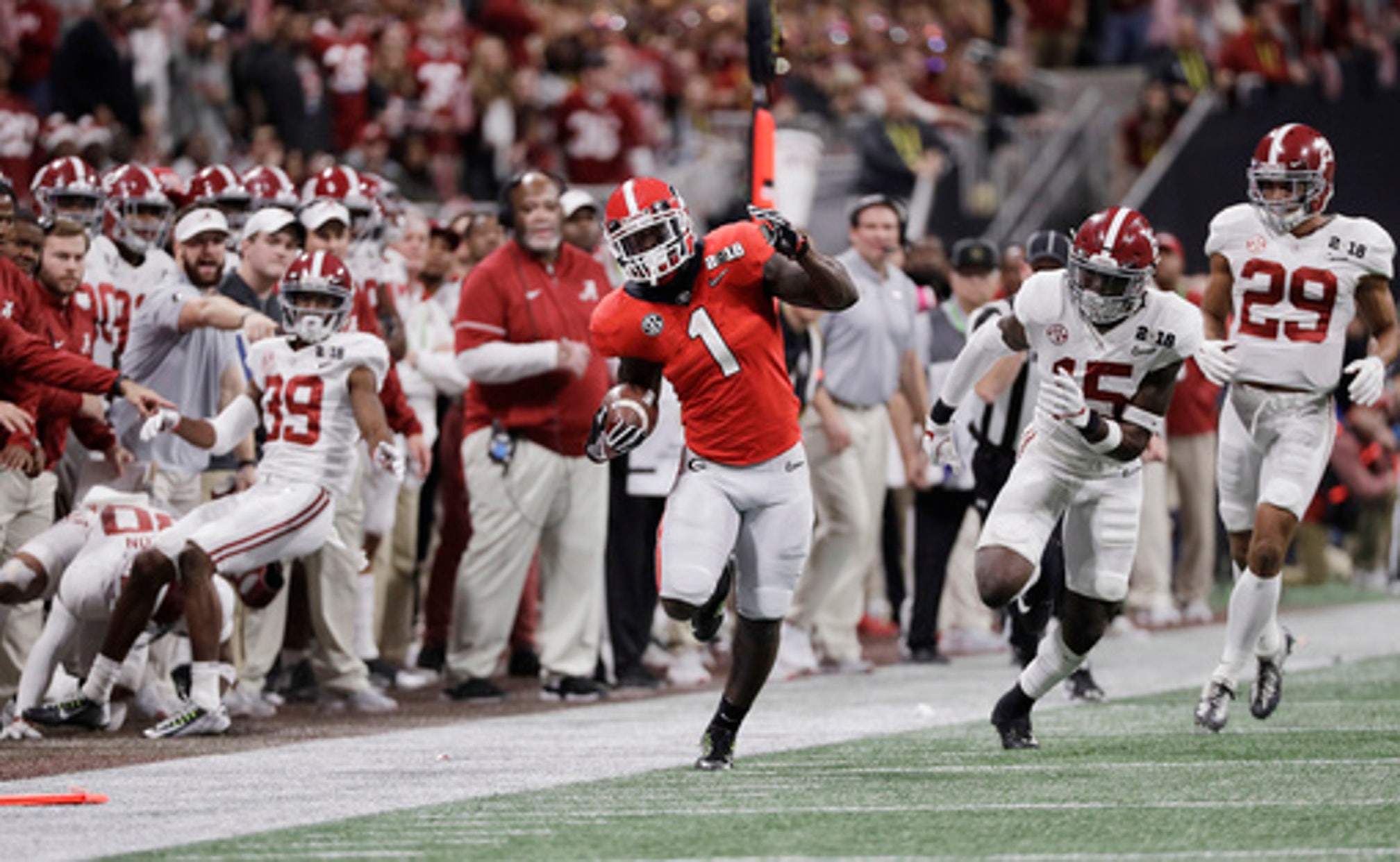 ATLANTA (AP) Alabama's walk-off touchdown for its latest championship win will certainly dominate much of college football's offseason. It took several dramatic, potentially defining moments to set up what became the Crimson Tide's 26-23 overtime victory against Georgia at the Mercedes-Benz Stadium on Monday night.

Here are a few of the many memorable plays:

SONY'S TIP-TOE DOWN THE SIDELINES

Georgia senior running back Sony Michel played strongly, gaining 98 yards and averaging seven yards per rush as the Bulldogs built a 20-7 lead midway through the third quarter. In the first quarter, the nimble Michel took the ball down the right sideline, coming oh-so-close to out of bounds but maintaining his balance for a 26-yard run on the Bulldogs first scoring drive. Four plays later, Rodrigo Blankenship hit the first of his three field goals to put Georgia up 3-0.

After a scoreless first half, Alabama regained momentum in the third quarter with its first touchdown and kickoff coverage pinning Georgia at its 7 yard line. On their 20 three plays later, Bulldogs quarterback Jake Fromm launched a beautiful, arching pass that Mecole Hardman run under without breaking stride for a dramatic, 80-yard touchdown to go up 20-7 and dramatically answer Alabama's score.

Alabama receiver Calvin Ridley was overshadowed much of this game by his younger brother, Georgia sophomore Ryan Ridley. Facing fourth-and-4 with less than four minutes left, the Crimson Tide went to their Ridley for the tying touchdown. He slid between three Georgia defenders as quarterback Tua Tagovailoa rolled left and fired a dart Ridley hauled in with 3:49 left to tie things at 20.

Alabama forced a quick three-and-out from Georgia after Ridley's score and, behind Tagovailoa's steady hand, drove 48 yards to the Bulldogs 17. Coach Nick Saban whittled the clock down to three seconds and called out kicker Andy Pappanastos for a 36-yard walk-off field goal try. Pappanastos shanked the ball straight left and Alabama's players, atop benches and equipment boxes poised for celebration, had to regroup for overtime.

Rodrigo Blankenship, the Georgia kicker who's gained attention as much for the glasses he wears on the field as for his kicks, came up clutch for the Bulldogs to start overtime. Blankenship made a Rose Bowl-record 55 yarder in Georgia's 54-48 OT win over Oklahoma last weekend. This time, he temporarily bailed the Bulldogs out of a jam with a 51-yarder to start overtime after Alabama sacked Fromm for a 13-yard loss that looked like it might leave them without points. Blankenship gave Georgia a solid start and was in line to be the hero.