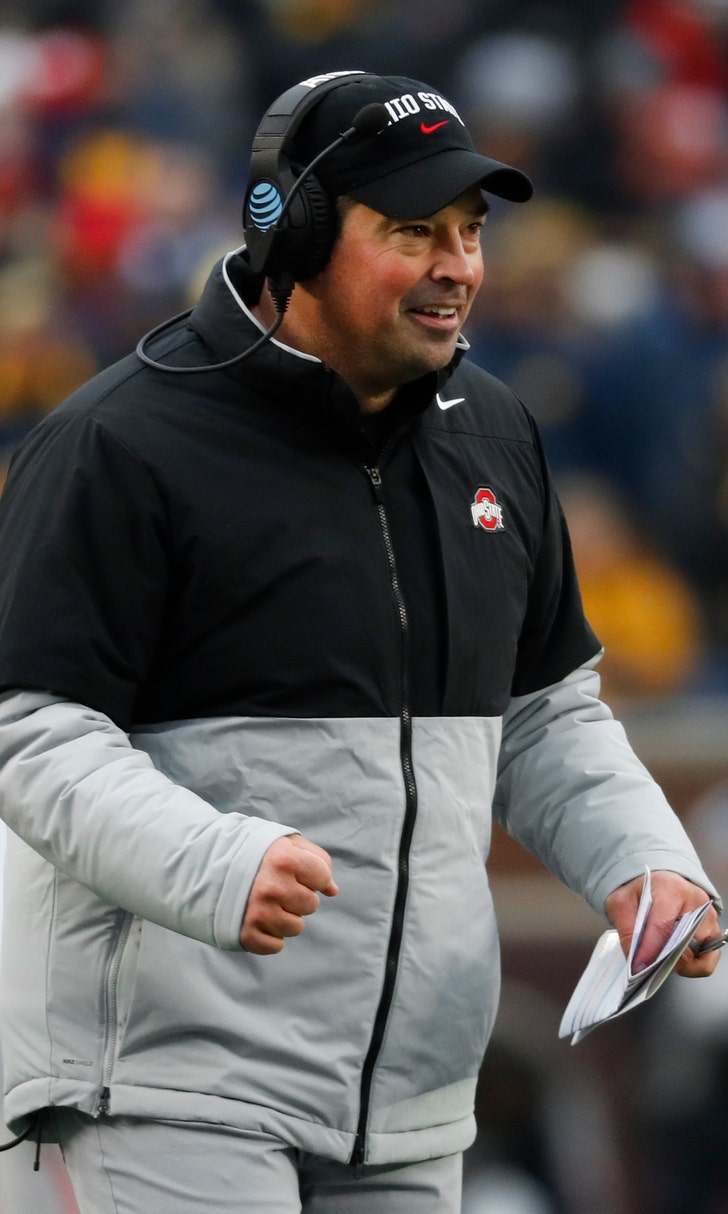 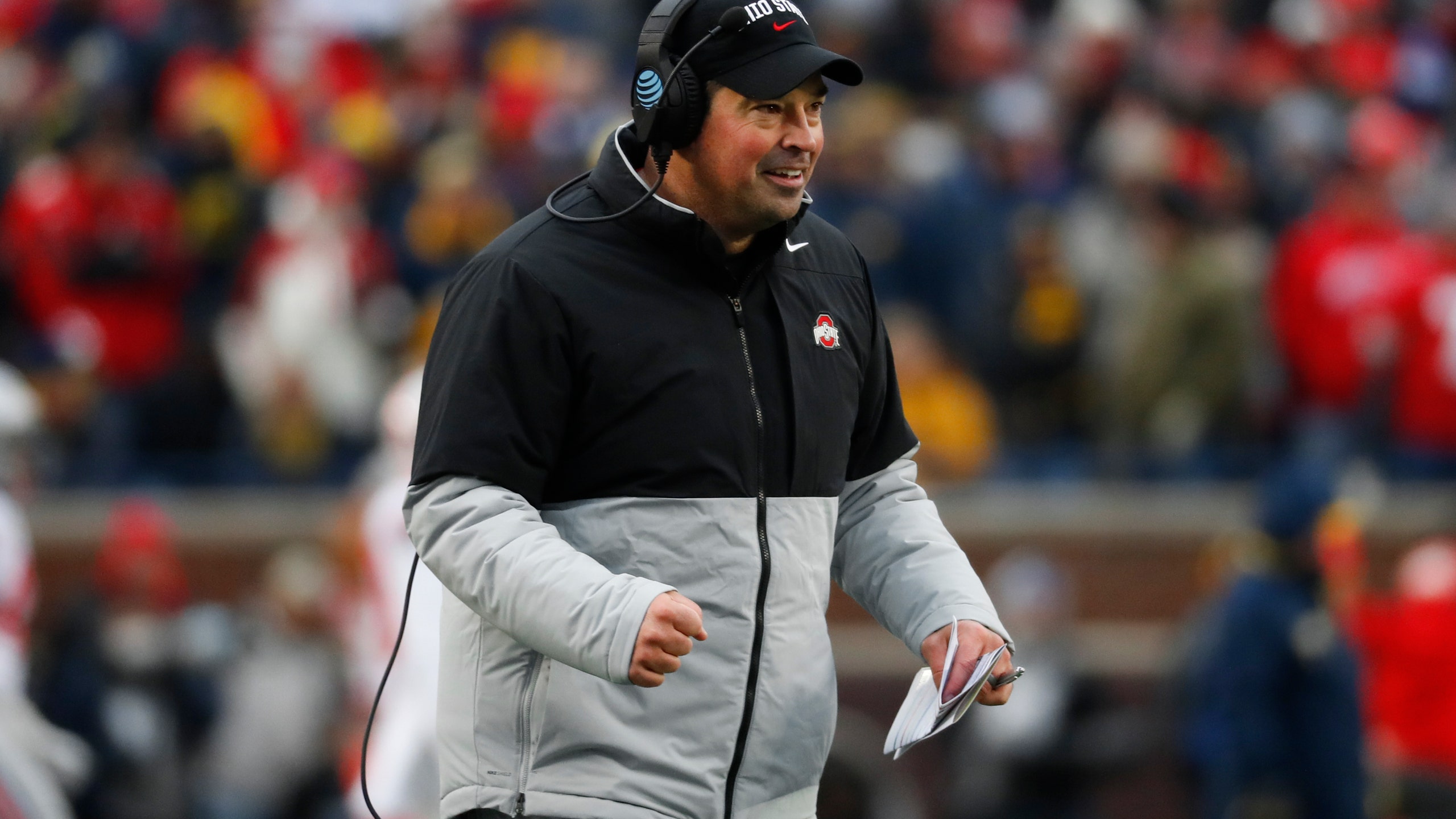 Twelve of the 26 first-year coaches in the Football Bowl Subdivision are taking their teams to bowls.

Ohio State’s Ryan Day is among six first-year coaches at bowl-bound Power Five schools. His unbeaten Buckeyes are the No. 2 seed in the College Football Playoff and will play Clemson in the Fiesta Bowl.

The Military Bowl will pit first-year coaches in Temple’s Rod Carey and North Carolina’s Mack Brown. Brown took off five years from coaching after leaving Texas in 2013. He’s in his second go-round at Carolina, where he coached from 1988-97.

Manny Diaz will take Miami to the Independence Bowl to play Louisiana Tech.

Toledo is not headed to a bowl despite going 6-6 this season.

With 79 teams bowl eligible and 78 slots available, there was going to be a team left out. The Rockets lost their final three games of the regular season and will have their streak of nine straight winning seasons snapped.

The last time Toledo missed a bowl was when the Rockets went 7-5 in 2013 and still stayed home.

The Mid-American Conference did put seven other teams in bowls this season, matching the league’s best mark. The MAC also had seven bowl invitations in 2012 and 2015.

NO ROOM AT THE INN

The College Football Playoff selection committee ranked more Group of Five schools than ever before – but the major bowls only had room for one of them.

Five schools from outside the Power Five showed up in the final playoff rankings. That’s the most in a final poll since the system began six years ago.

But a spot in the New Year’s Six was assured to only one of them and it went to Memphis (12-1, No. 17 CFP), which will play Penn State in the Cotton Bowl after beating Cincinnati in the American Athletic Conference title game.

For the others, they’ll have to be content with their lower-level bowl berths.

In each of the past four seasons, only three Group of Five schools appeared in the committee’s final rankings.

Liberty and Charlotte will be making their first bowl appearances.

Liberty completed its two-year Football Bowl Subdivision reclassification process over the summer and qualified for a bowl in its first year of eligibility under first-year coach Hugh Freeze. The Flames (7-5) will play Georgia Southern (7-5) in the Cure Bowl on Dec. 21.

Freeze took over the Liberty job last December after being out of college football for two seasons. He resigned from Mississippi in July 2017 for unbecoming personal conduct and NCAA rules violations.

Charlotte (7-5) went on a school-record, five-game win streak to end the regular season and will play Buffalo (7-5) in the Bahamas Bowl on Dec. 20. The 49ers also have a first-year coach in Will Healy.

Healy was hired at Charlotte after he turned around Austin Peay in the Football Championship Subdivision.

Three of the four starting quarterbacks in the College Football Playoff are transfers.

Former Alabama quarterback Jalen Hurts is back in the playoff for the fourth straight year, this time with Oklahoma, after going three times with the Crimson Tide. Hurts follows Heisman winners Baker Mayfield and Kyler Murray as quarterback transfers to find success in coach Lincoln Riley's offense.

LSU, the Sooners’ opponent in the Peach Bowl, is led by Heisman Trophy front-runner Joe Burrow. He started his career at Ohio State before transferring to LSU in 2018.

Ohio State quarterback Justin Fields was at Georgia last season. The Buckeyes play in the Fiesta Bowl against Clemson, whose quarterback, Trevor Lawrence, led the Tigers to a national championship as a freshman last season.

SMU is getting a bowl trip to Florida after its first 10-win season in 35 years in what will be a true road game.

The Mustangs are playing the Boca Raton Bowl on Dec. 21 against Conference USA champion Florida Atlantic in the Owls’ home stadium.

“I don’t think any of us will care too much about that. That’s certainly not going to affect the way we prepare,” coach Sonny Dykes said. “Sometimes that’s the way things go when it comes to bowl games. It’s a little bit unusual, but it’s not going to have an impact on us.”

Despite the best season for the Mustangs (10-2) since the program resumed play following the NCAA death penalty when the school didn’t field a team in 1987 or 1988, there had been some projections that they would play in the Frisco Bowl — just more than 25 miles from campus — for the second time in three years.

SMU instead gets to go to the Sunshine State to play against another 10-win team.

“We really wanted to make sure that the players felt like we were in a game that would be exciting for them, and be deemed a reward for a great season,” athletic director Rick Hart said. “Candidly, this is where they wanted to go. It worked out great in that way, because bowl games should be all about the student-athletes and their experience.”

Sun Belt
share story
those were the latest stories
Want to see more?
View All Stories
Fox Sports™ and © 2021 Fox Media LLC and Fox Sports Interactive Media, LLC. All rights reserved. Use of this website (including any and all parts and components) constitutes your acceptance of these Terms of Use and Updated Privacy Policy. Advertising Choices. Do Not Sell my Personal Info