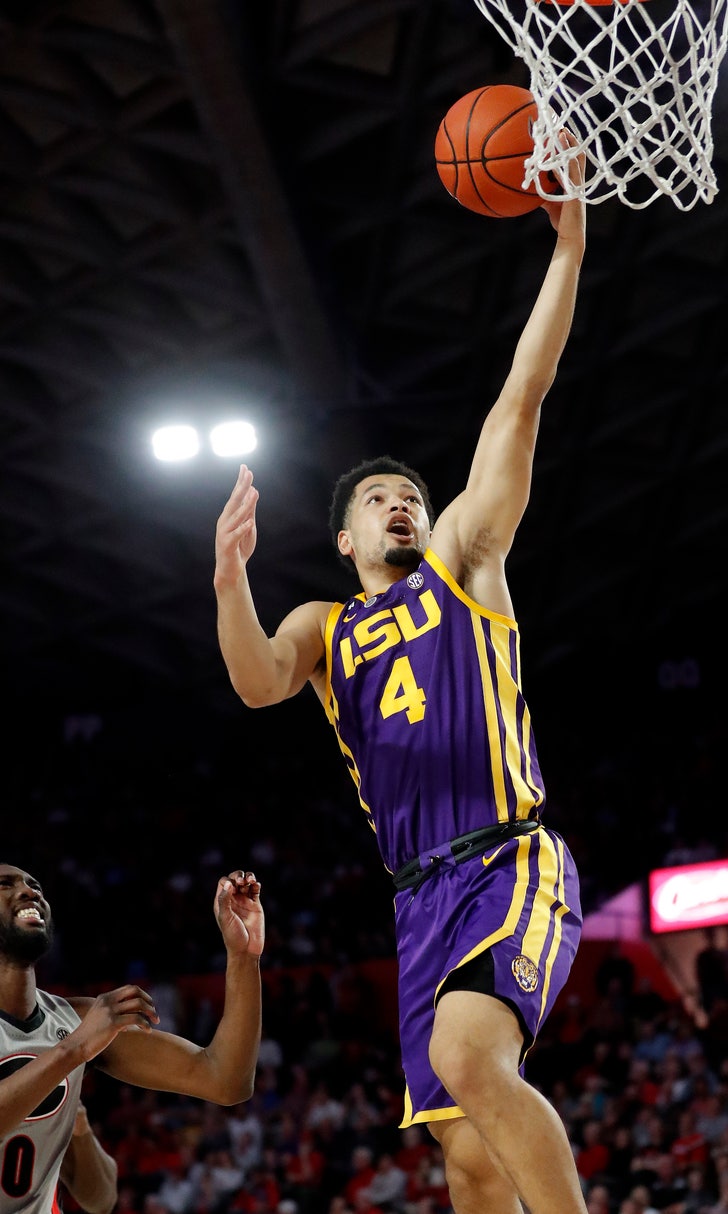 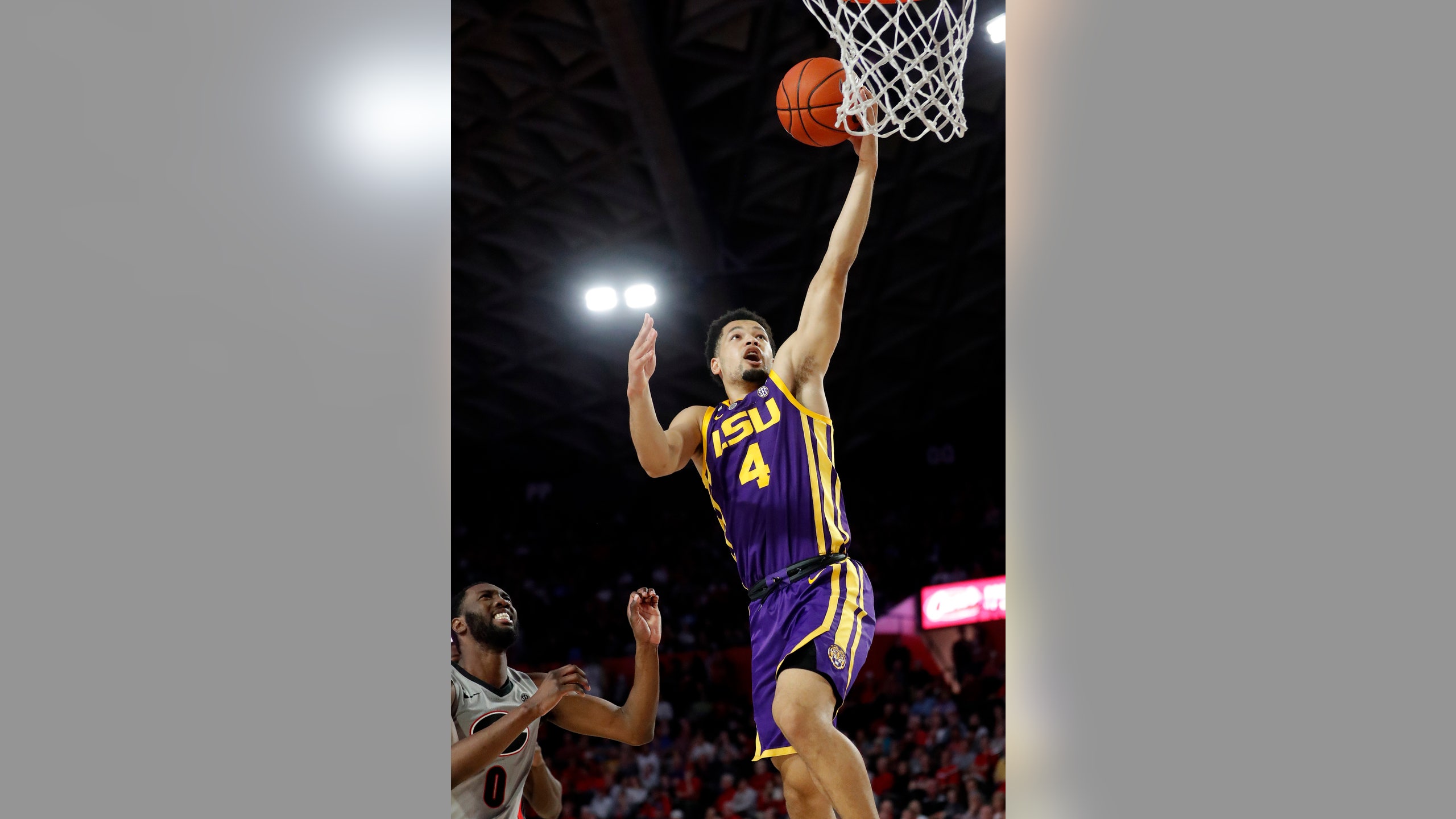 ATHENS, Ga. (AP) — Ja'vonte Smart was a little too emotional after hitting a 3-pointer for LSU midway through the second half.

He yelled out to celebrate and was whistled for a technical foul, helping Georgia take a three-point lead. Smart gathered himself, though, and hit another 3 two possessions later, and the Tigers didn't trail again.

"I was just playing with the flow of the game, trying to bring energy on (defense)," Smart said. "Once we got stops, I wanted to put the ball in the hole and doing whatever I could to help us win."

The Tigers (21-4, 11-1 Southeastern Conference) are off to their best start in league play since the 1981 Final Four team was 11-0. Georgia stayed close but the Tigers had enough quickness and size to wear down the Bulldogs.

"In the second half, we just didn't turn the ball over, and that's why we were able to pull it out," LSU coach Will Wade said. "Georgia played tremendously, and we were very fortunate to pull it out."

LSU was down six midway through the first half, but went on a 17-2 run to take a 31-22 lead on Skylar Mays' layup. Georgia remained in the game, thanks in part to a sixth straight sellout crowd at Stegeman Coliseum making it tough on the Tigers.

Nicolas Claxton finished with 17 points and Rayshaun Hammonds had 13 for Georgia (10-15, 1-11). The Bulldogs have lost six straight in their first season under coach Tom Crean.

Claxton liked his team's effort even though Georgia came up short.

"I would say it is progress, just playing our hardest for the whole 40 minutes," Claxton said. "Not coming out in the second half and being in a drought."

LSU: The Tigers keep finding ways to win on the road. They sneaked out of Rupp Arena this week with an upset victory on Kavel Bigby-Williams' last-second tip-in against Kentucky, and they've won three times in overtime. It's a big turnaround after LSU lost its final seven SEC road games last season and dropped nine in a row away from Baton Rouge before starting league play this year. The Tigers are 7-0 on the road in the SEC for the first time since 1981.

Georgia: In 24 SEC halves played this season, the Bulldogs have been outscored 19 times. ... Crean went with a three-guard starting lineup, sitting forward Derek Ogbeide and guard Teshaun Hightower in favor of Turtle Jackson, Jordan Harris and walk-on redshirt senior Christian Harrison. ... The Bulldogs have struggled all season off the dribble and in giving help, so Crean mostly used a 2-3 zone in hopes to jump-starting the defense. It didn't help much as LSU, the SEC's best free-throw shooting team, still made it to the rim to draw fouls and score 18 points from the foul line.