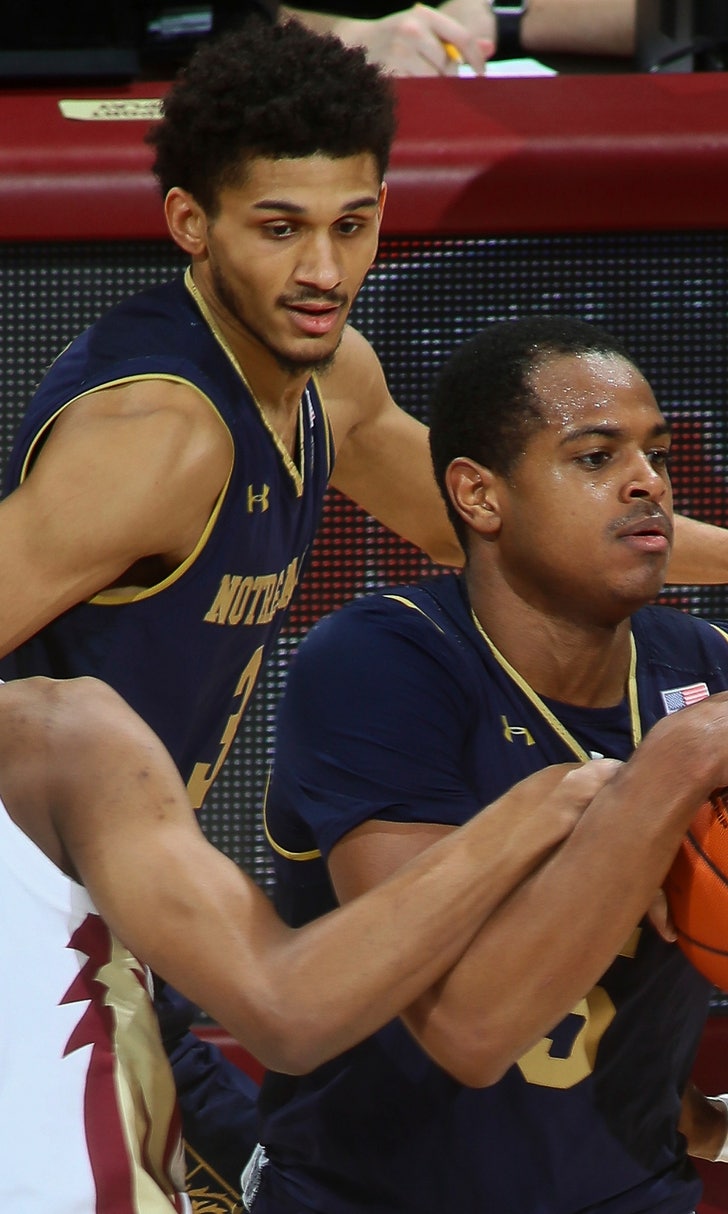 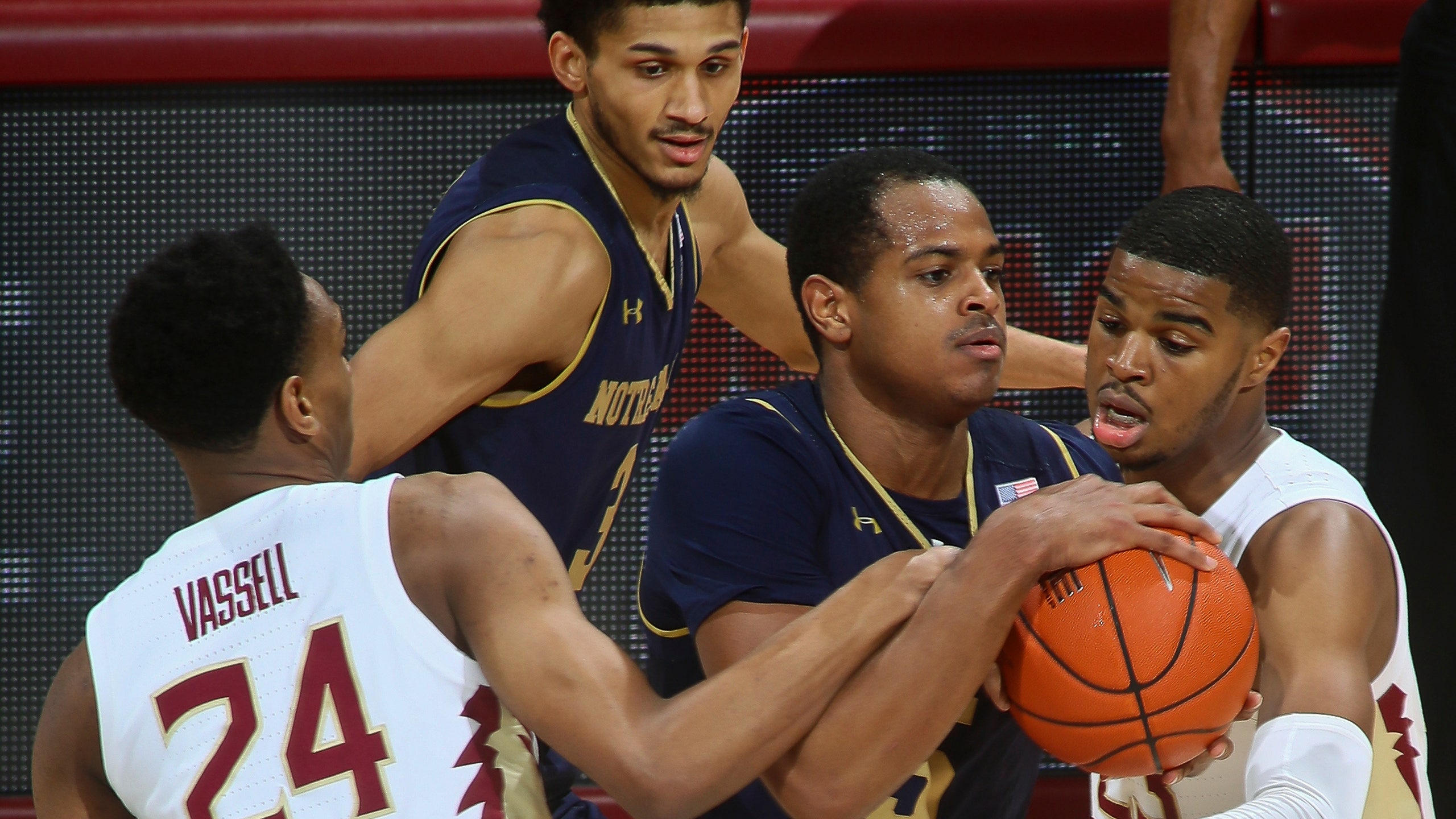 TALLAHASSEE, Fla. (AP) — Florida State was sluggish for much of the night, showing signs of a team that was worn down by playing for the third time in seven days.

Coach Leonard Hamilton looked down the bench and found a rested freshman to pick up the Seminoles.

Devin Vassell scored 13 points, sparking Florida State's second-half charge with a dunk and a 3-pointer on consecutive possessions, and the 18th-ranked Seminoles held off Notre Dame 68-61 on Monday night.

The 6-foot-6 guard scored more points than he had in 14 previous ACC games and also played a season-high 22 minutes.

"He's playing like a veteran now," Hamilton said. "He's very confident. ... His body is not as run-down as some of the other guys because he hasn't played the minutes.

"Devin is long and athletic. Thought he would do a good job of contesting. We thought this was the right matchup for him."

It was the right decision for the Seminoles, who trailed by 10 points in the first half before quickly storming back to tie the game at 33 at the half. The Seminoles also fell behind by seven points just four minutes into the second half.

Vassell helped Florida State rally both times. He shot 5 of 6 from the floor, draining all three 3-point attempts, and had seven rebounds.

Florida State trailed for most of the second half but took a 57-55 lead with 6:35 to go after Vassell dunked and made a 3-pointer on back-to-back possessions. Notre Dame was able to tie the game but never led after that.

The Seminoles have had nine players lead the team in scoring this season. The bench has been critical nearly every night, with Florida State's reserves scoring 31 points against Notre Dame. On Monday, it was Vassell's turn to have his best game of the season.

"We expect that from our bench players," senior Terance Mann said. "For Devin to be a freshman, it was definitely big-time for him to have a game like that."

Trent Forrest made 4 of 6 six free-throw attempts in the final minute to help the Seminoles (22-6, 10-5 Atlantic Coast Conference) hang on. Christ Koumadje added 12 points, the fourth time in the last five games he has scored in double figures.

"We gave ourselves a chance," Notre Dame coach Mike Brey said. "We just couldn't finish it. That's kind of been a little bit of the story of us. Just maybe not mature enough or mentally tough enough yet to finish against a really good team."

John Mooney added 14 points and eight rebounds for Notre Dame, which had won three straight in the series — none of which were played in Tallahassee. The Seminoles are 44-3 at home in the last three seasons.

Florida State secured its second 10-win ACC season in the last three years. The Seminoles have now won at least 10 ACC games in eight seasons since joining the league in 1991-92.

If the Seminoles win their final three conference games, they would surpass the program-best total of 12 ACC wins, achieved three times — most recently in 2016-17.

If the Seminoles can beat North Carolina State on Saturday, they would be likely to rise in the rankings.

Notre Dame: The Fighting Irish have dropped all eight games against ranked opponents this season.

Florida State: The Seminoles were sluggish most of the night, committing nine first-half turnovers and making just 31.6 percent (6 of 19) of their 3-pointers. But Florida State finished well and had the rebounding edge, 40-26.