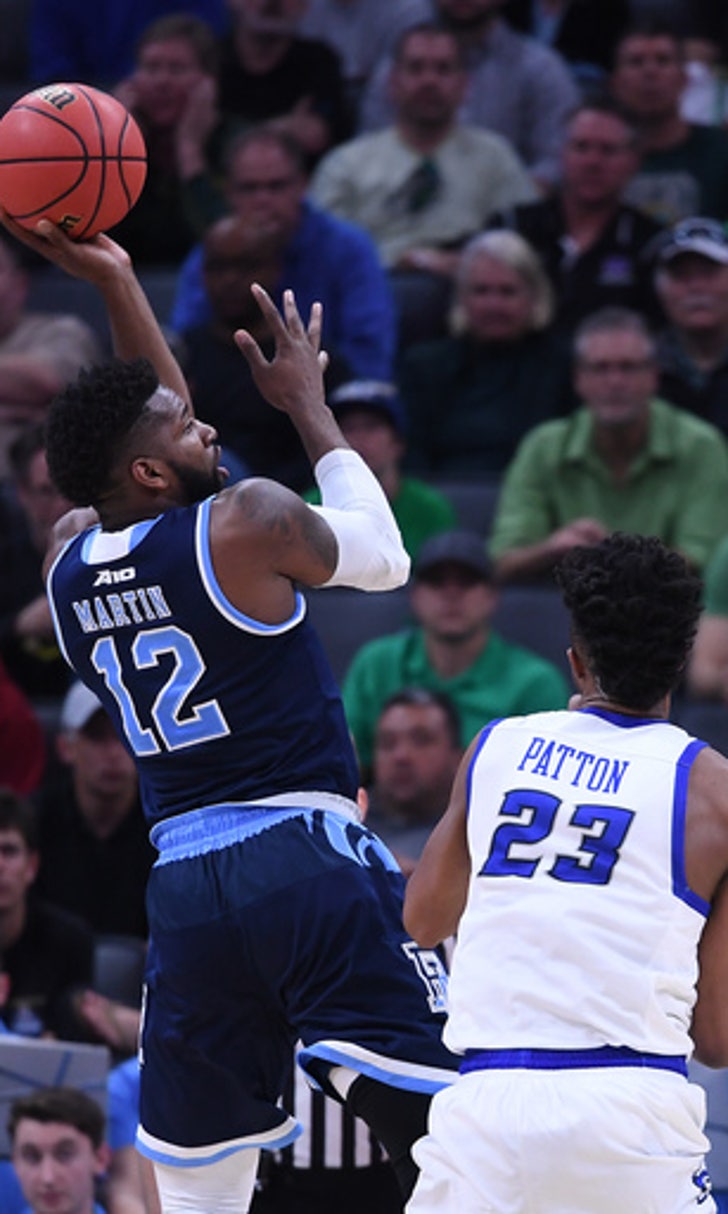 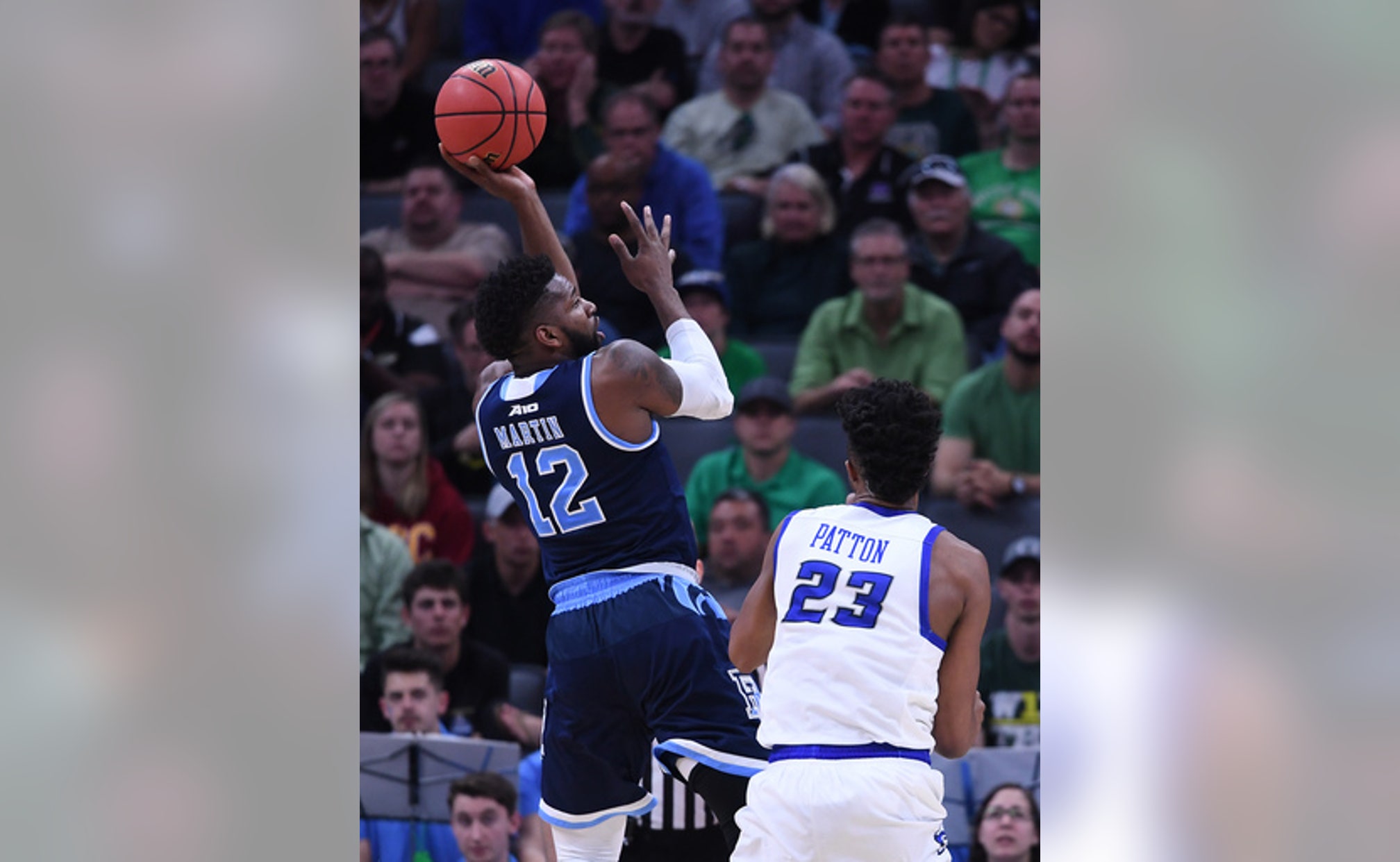 SACRAMENTO, Calif. (AP) Dan Hurley stole an occasional glance at the raucous Rhode Island section and realized just how much this NCAA Tournament means to a starved program, and to an entire state that loves its basketball even if far more under the radar than so many of the others featuring powerhouse programs.

Who could blame them? Back in the tournament for the first time in 18 years, these Rams are on a roll they hope lasts a little longer.

Jeff Dowtin scored a career-high 23 points with a perfect day at the free-throw line, upstart Rhode Island answered every threat and the Rams ran right into the next round of the NCAA Tournament by stunning cold-shooting No. 6 seed Creighton 84-72 on Friday in an opener of the Midwest Region.

''The emotion from them, it almost felt like 18 years' worth of excitement, and they really inspired the guys,'' Hurley said.

Kuran Iverson scored 17 points and Hassan Martin had 12 points and eight rebounds as 11th-seeded Rhode Island (25-9) earned its ninth straight victory. The program won an NCAA Tournament game for the first time since advancing to the Elite Eight and losing to Stanford in 1998.

Hurley couldn't wait to build happier memories in Sacramento, where his older brother Bobby survived a life-threatening car wreck as an NBA rookie with the Kings in December 1993. His team hit the court for loose balls, crashed the boards with energy and found a way to withstand every spurt by the Bluejays (25-10).

The Rams made a lot of free throws, too.

E.C. Matthews coolly converted two chances from the line with 2:32 and made all 10 of his free throws on his way to 16 points. Dowtin also hit all 10 from the line as URI went an impressive 28 of 31 on free throws in all.

And what fun for all those blue-clad Rams fans who traveled cross-country from Kingston through a major Northeast snowstorm for California's capital to witness the program's milestone moment.

''Across the bench, it was amazing that they were there and we could see `em and they were loud,'' Dan Hurley said.

Oh yes, and Bobby Hurley was there in the stands at Golden 1 Center - along with the rest of their basketball-crazed support system featuring Hall of Fame coach Bob Hurley Sr. Bobby Hurley is the Arizona State head coach, and now will be called upon for his ''Pac-12 intel'' on URI's next opponent, Oregon.

In one moment that perfectly captured what Dan Hurley has worked so hard to build in his five seasons, Martin pulled his arms around teammates in a close-knit huddle during the second half to keep the Rams together. When the final buzzer sounded, junior Jared Terrell skipped in joy. The team posed for a quick photo on the court before exiting.

''Honestly, it feels like I'm dreaming,'' Martin said. ''This is what I asked for when I first got here and it took three, four years. But to finally just be here to experience this is amazing.''

Khyri Thomas stole the ball from Jarvis Garrett and hit Harrell Jr. for a one-handed slam with 8:55 to play that trimmed the URI lead to 53-48.

But Creighton missed key chances, including Justin Patton's failed putback try from close range after he rebounded a 3-point try by Toby Hegner.

Bluejays 7-footer Patton missed 7 of his first 9 shots before a late dunk before halftime. He scored five straight points to pull Creighton within 33-26 at halftime.

Rhode Island: The Rams overcame going just 4 for 21 from 3-point range. ... URI lost its previous nine games vs. Big East opponents. ... Former URI star Lamar Odom was shown on the big screen during the second half decked out in school gear.

Creighton: Big East Freshman of the Year Patton fouled out with 3:50 remaining, scoring just eight points on 3-for-12 shooting.

Attendance for the first two games at Golden 1 Center was 15,833.