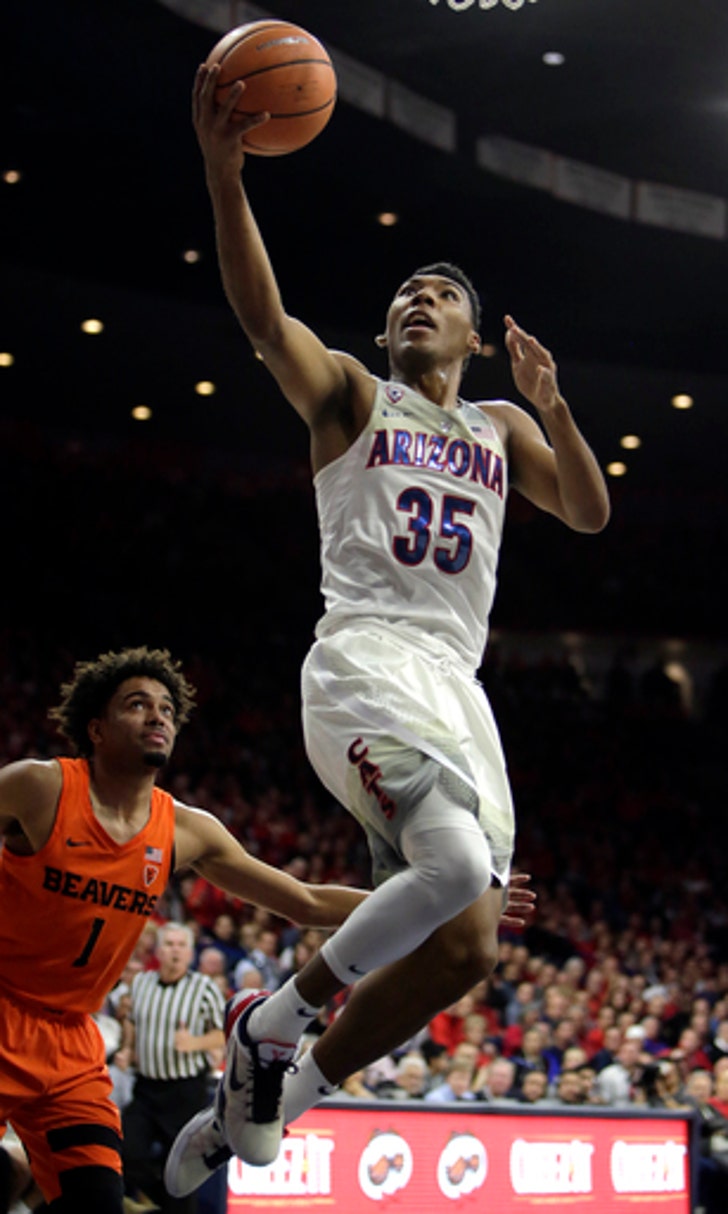 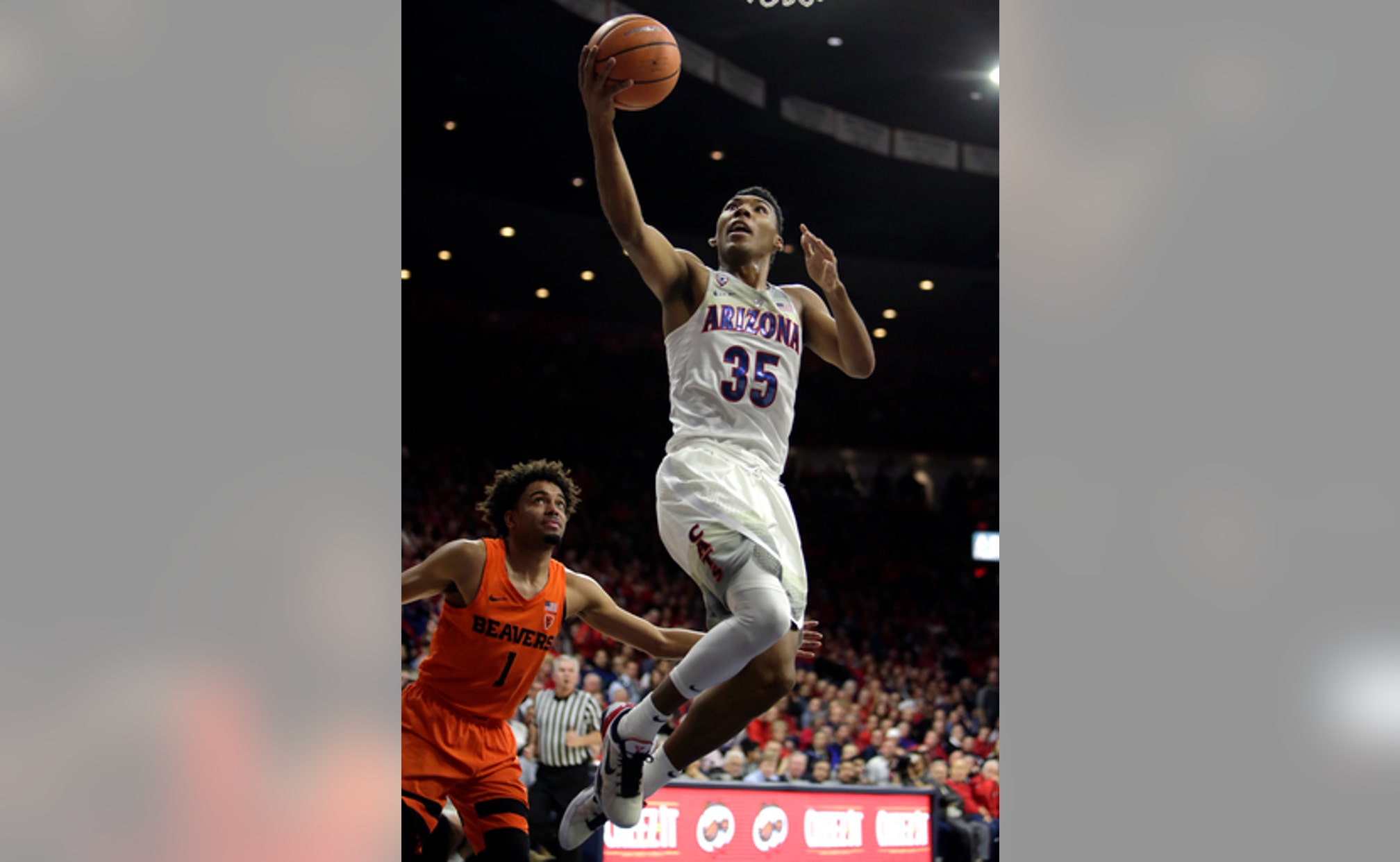 TUCSON, Ariz. (AP) Tough defense ignited enough offense for No. 17 Arizona to get the Wildcats a bounce-back victory over Oregon State on Thursday night.

Allonzo Trier scored 15 of his 21 points in the second half and the Wildcats, coming off a road loss at Colorado, pulled away from a sluggish, close game in the final 7 1/2 minutes to beat the Beavers 62-53.

''I am happy with our defensive effort,'' Arizona coach Sean Miller said. ''That's as hard as we've played. It's not really my opinion. You look out and see things happen. Guys are really helping each other, pressing the ball.''

''The best offense is good defense,'' Alkins said. ''Defense-to-offense, we had a lot of great plays.''

''It was a physical game. You saw that down the stretch,'' Beavers coach Wayne Tinkle said, ''and we weren't able to make plays.''

''We felt like we should have had a little more of a lead,'' Tinkle said, ''then they did what they did.''

''Our defensive effort and the consistent effort broke the game open,'' Miller said.

It took quite a while for Arizona to figure out how to get anything against Oregon State's match-up zone defense.

''You can practice, prepare,'' Miller said, ''but until you get in the game you don't realize the size they have, how well they communicate. They do a really good job.''

The Beavers took a 12-2 lead over the cold-shooting Wildcats, an early spurt capped by Tinkle's 3-pointer.

Tinkle's inside basket gave Oregon State a 22-15 lead 5:30 before the break but the Beavers never scored again in the half. Instead, Ira Lee's three-point play on a breakaway stuff and Trier's 3-pointer cut the lead to 22-21 with 3:11 to go, and neither team could score again before halftime.

Arizona finally got the lead with six straight points, including a breakaway dunk by Trier and a spinning reverse dunk by Alkins, both baskets off turnovers, and the Wildcats were up 29-26 with 16:30 to play.

It was back and forth after that until Ayton's rebound basket put Arizona ahead for good, 40-39 with 7:33 left. That ignited the 16-3 run that finally put the game under control for the Wildcats. Alkins scored seven in the surge, capping it with a 3-pointer that put Arizona up 54-42 with 4:10 to play.

''Rawle does everything,'' Miller said. ''He's the most versatile player on our team.''

The victory came in the first game since Miller complained, following the Colorado loss, that he just can't get to these players, including one of the top freshman classes in the game. He had no such complaint after beating the Beavers.

''It was what I had hoped for,'' Miller said. ''We're a team that's really practicing hard. We've had four really hard days coming off of the Colorado game. Sometimes that's what you need, an opportunity to learn. And there's no better learning opportunity than when you fail.''

OREGON STATE: The Beavers have patience and enough talent to cause problems against opponents, even in the highly unfriendly environment of McKale Center. They could be especially dangerous when teams come to Corvallis.

ARIZONA: The Wildcats were lulled into ineffectiveness throughout the first half but finally won with their defense. That's the part of the game Miller wants to emphasis in his frustrating efforts with the highly talented but inconsistent team.