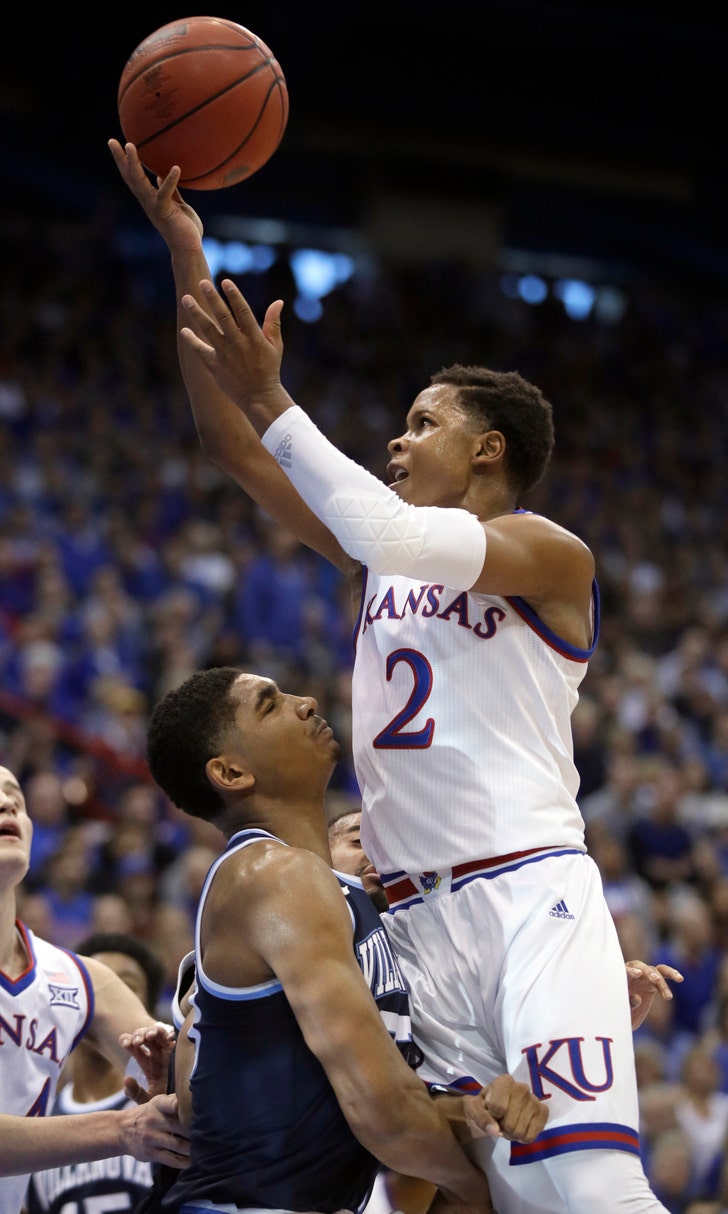 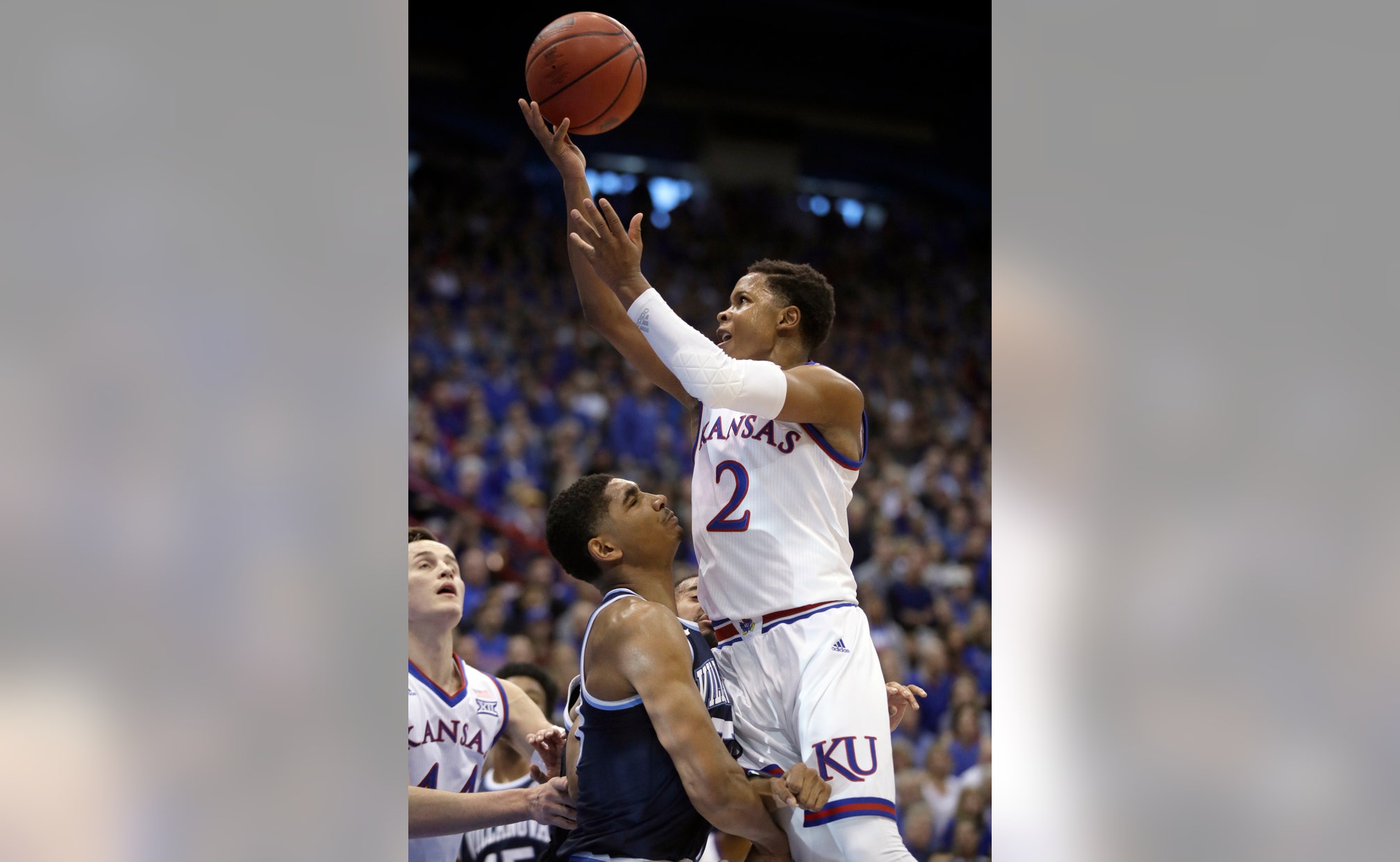 RALEIGH, N.C. (AP) — The days leading up to Christmas are full of tests for some of the nation's top teams.

The week's AP Top 25 schedule includes road games against ranked opponents for top-ranked Kansas and No. 14 Buffalo. Meanwhile, No. 2 Duke will meet No. 12 Texas Tech and No. 9 North Carolina faces No. 19 Kentucky in neutral-court games. It's all part of a slate that could reveal how much these teams have developed in the opening month and where they stand with the bulk of league play drawing near.

The Jayhawks, who remained at No. 1 for a second straight week in Monday's latest poll, visit No. 18 Arizona State on Saturday in a rematch of the Sun Devils' road win last year.

"I don't think we've played great, by any stretch," Kansas coach Bill Self said after last weekend's win. "But we played a lot better today than we've been practicing. I'm optimistic, very, leaving out of here knowing there is (another) gear we can get to that hasn't been apparent on a daily basis."

Buffalo (10-0) has a pair of road games this week to start a four-game road swing. The Bulls visit Syracuse — who was ranked No. 25 last week — on Tuesday then visit No. 20 Marquette on Friday.

Then there are the neutral-court matchups between ranked teams, starting with the Blue Devils (9-1) and Red Raiders (10-0) meeting Thursday in New York's Madison Square Garden. Texas Tech has only its second 10-0 start in program history, the other coming during a 12-0 run to open the 1929-30 season.

"These seniors know that 10-0 doesn't mean much," Red Raiders coach Chris Beard said after a weekend win against Abilene Christian. "We would much rather win our last 10 games. ... I have a lot to worry about (with) the next game on the schedule. I don't worry about our guys not being focused."

Then there's the Tar Heels and Wildcats at the CBS Sports Classic in Chicago on Saturday. The Tar Heels will arrive after an impressive win against Gonzaga, while the Wildcats have won eight of nine since the opening-night blowout loss to Duke.

The list of ranked teams playing road games includes No. 5 Virginia going to South Carolina and No. 7 Auburn visiting North Carolina State on Wednesday, while No. 24 Furman visits LSU on Friday.

The Big Ten has a national-best seven ranked teams. Fourth-ranked Michigan leads that group with the Wolverines holding their highest ranking since February 2013, followed by No. 10 Michigan State, No. 15 Ohio State, No. 16 Wisconsin, No. 22 Indiana, No. 23 Iowa and No. 25 Nebraska.

The Atlantic Coast Conference is second with five teams — Duke, Virginia, UNC, No. 11 Florida State and No. 13 Virginia Tech — while the Southeastern Conference has four with No. 3 Tennessee, Auburn, No. 17 Mississippi State and Kentucky.

The Big 12, with Kansas and Texas Tech, is the only other league with multiple ranked teams.

Oklahoma (9-1) is off to a good start in replacing Trae Young, last year's national scoring and assists leader. The Sooners are the top vote-getter among the unranked teams behind Christian James (18.9 points) entering Tuesday's game against Creighton and Friday's trip to Northwestern.

North Carolina State (9-1) is another team to watch this week. The Wolfpack's only loss came at Wisconsin in the ACC/Big Ten Challenge, and Kevin Keatts' squad has nonconference wins against Penn State (No. 43 in KenPom's rankings) and Vanderbilt (No. 64 in KenPom) in what has otherwise been one of the nation's softest nonconference schedules.

But No. 7 Auburn arrives Wednesday to face a program that knocked off No. 2 Arizona as well as highly ranked Duke and UNC teams last season. Another marquee win could land the Wolfpack in next week's poll.

"This will be a great ... test," Keatts said Monday, "but I would say another great opportunity for us."