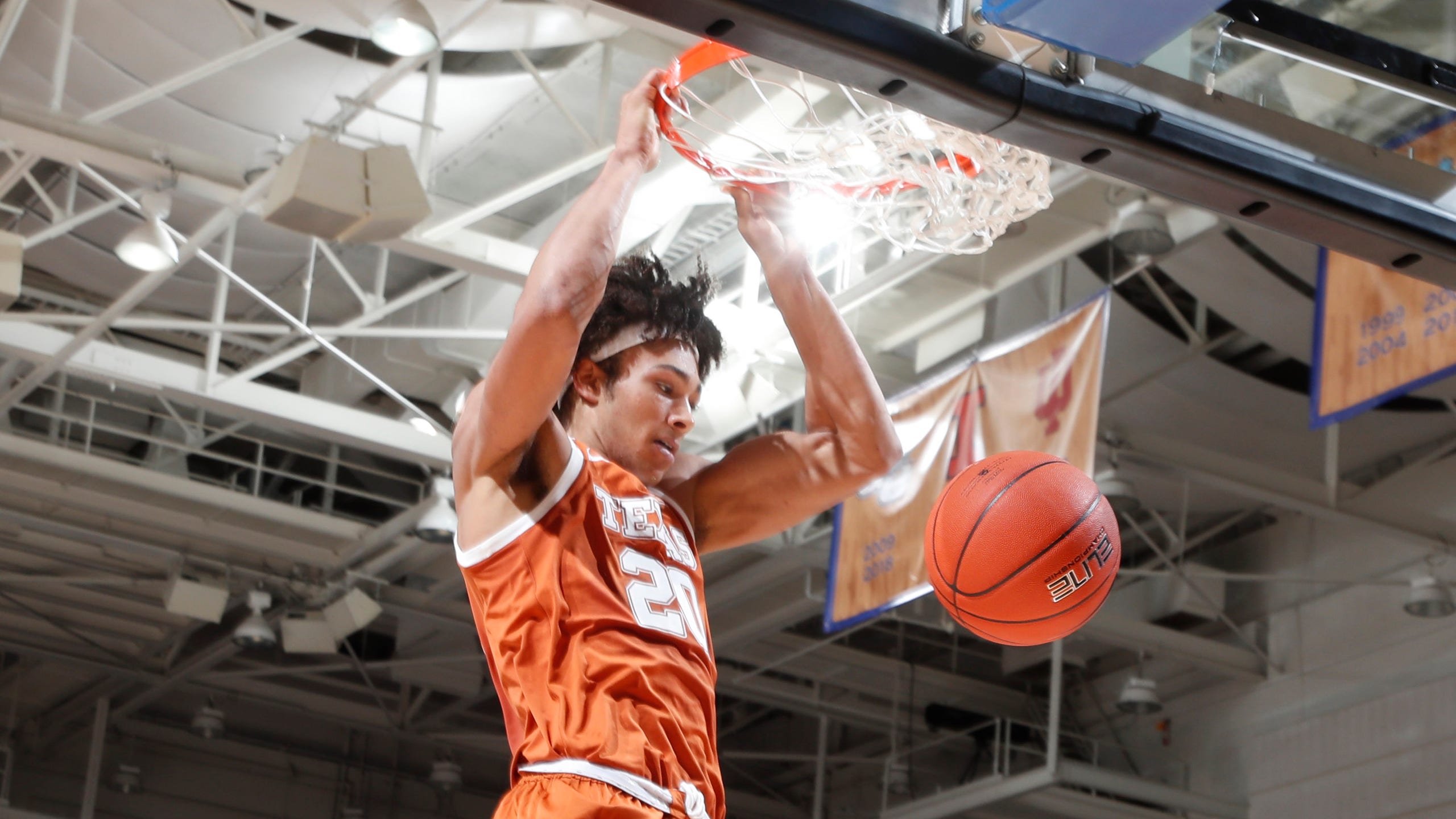 There was other important news for Texas fans on Saturday, news that didn't have to do with a changing of the guard within the football program.

In the first Big 12 battle of the season between Texas and Kansas, the eighth-ranked Longhorns went into Allen Fieldhouse in Lawrence, Kansas on Saturday and put a beatdown on the third-ranked Jayhawks.

Here are the key takeaways from Texas' big conference win.

1. Was it supposed to be that easy?

Regardless, Texas made it look easy, clicking on all cylinders in Saturday's win.

Kansas only managed six assists on the day, its fewest through 10 games this year, and the Jayhawk's 59 points scored are the second-fewest they've scored this year.

Meanwhile, the 84 points scored by Texas is its second-largest output of the season, and the 12 threes were the most its made all season.

It was on all of our minds, but Tate Frazier asked it.

The Longhorns are now 8-1 on the season, their only blemish being a 68-64 loss on Dec. 6 against Villanova, currently the No. 4 team in the country.

In addition, Saturday's win over Kansas gives Texas its second victory over a blue blood program this season, considering the Longhorns also defeated North Carolina, 69-67, back on Dec. 2.

Texas sits atop the Big 12 standings, and two of its next three games will be against ranked conference opponents: at No. 9 West Virginia on Jan. 9, and against No. 13 Texas Tech on Jan. 13.