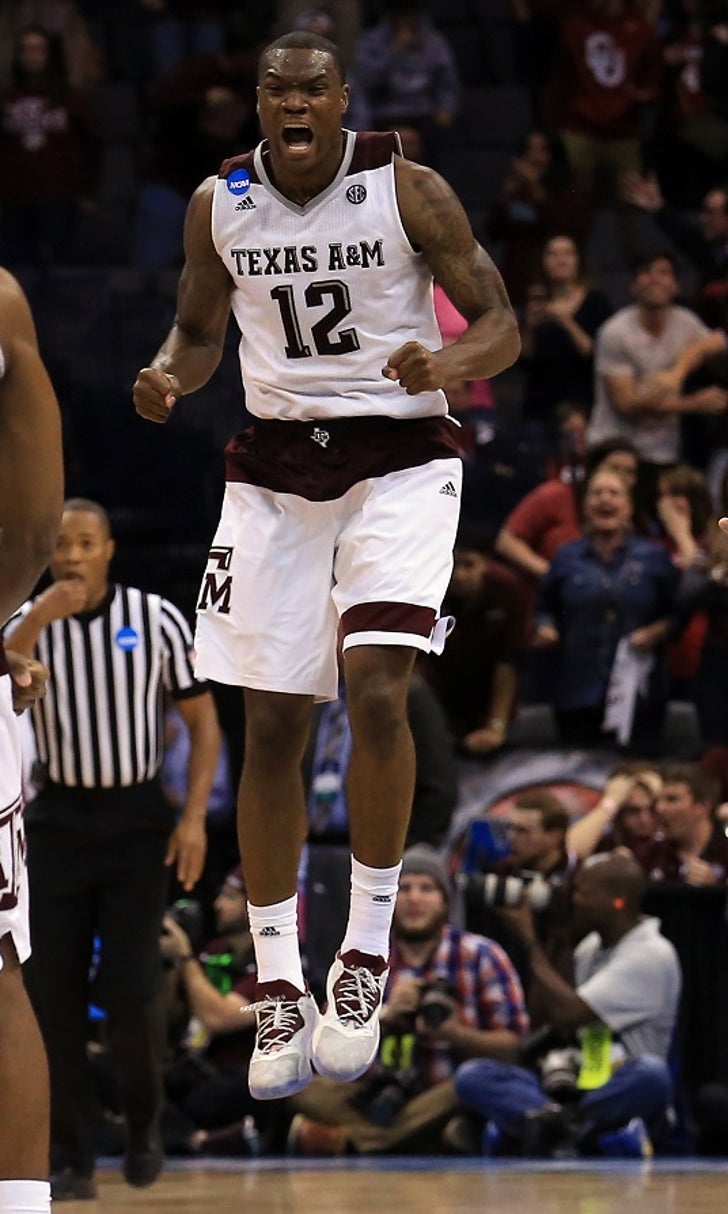 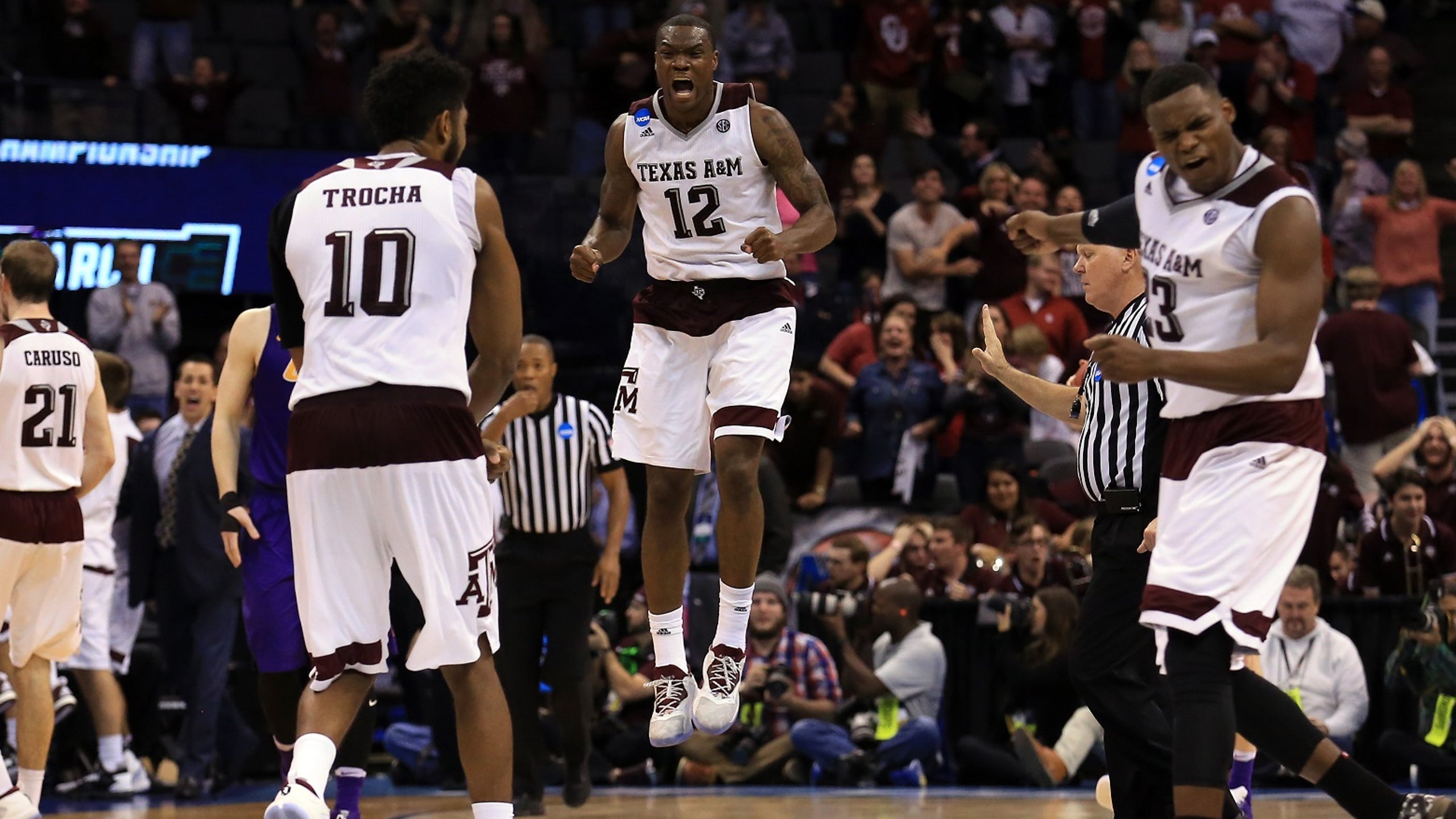 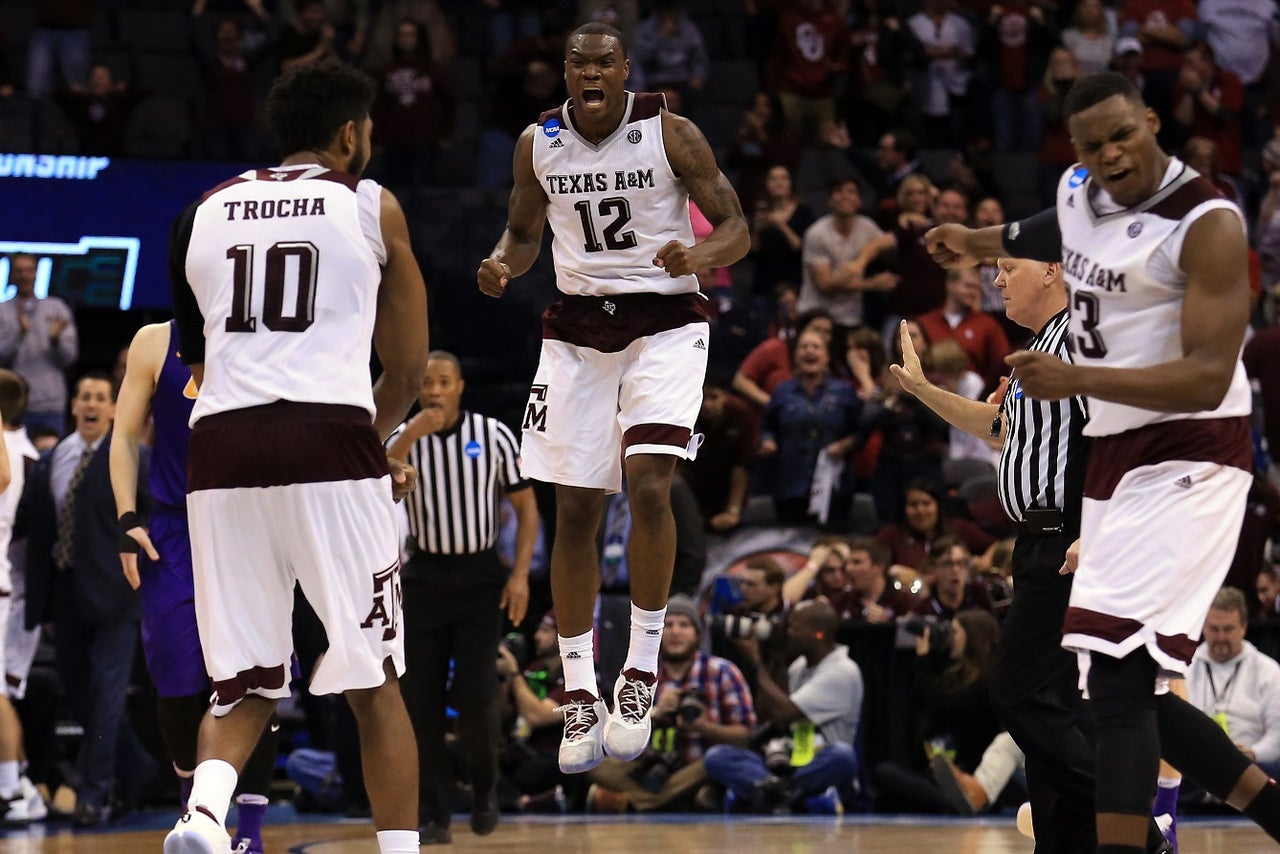 Northern Iowa appeared all but ready to book its plane tickets to California for next week's Sweet 16.

That was before Texas A&M put together the biggest last-minute comeback in NCAA Division I history.

Led by Alex Caruso's 25 points and 22 more from Danuel House in the second half and overtimes, the third-seeded Aggies (28-8) rallied from 12 points down with 44 seconds remaining in regulation -- 10 down with less than 30 seconds -- to defeat the Panthers 92-88 in double overtime on Sunday night.

"Craziest game I've been a part of from beginning to end," Caruso said. "Just an amazing game. This is what March is about."

The previous NCAA record for coming back from a deficit in the last minute was 11 points, done by UNLV in 2005 and Canisius in December.

However, this time around it was Texas A&M putting together the last-second heroics on its way to reaching the Sweet 16 for the third time in school history -- the first since 2007.

Down 69-57 after Jeremy Morgan hit two free throws with 44 seconds remaining in regulation, Texas A&M proceeded to outscore the 11th-seeded Panthers 14-2 from there -- capped by Admon Gilder's steal and layup with 1.9 seconds remaining that tied the game at 71-71 and sent it to the first overtime.

Down 12 points with 44 seconds to go, Texas A&M capped off one of the biggest comebacks you will ever see. https://t.co/9qCuN0wDwH

That 44 seconds included four turnovers by Northern Iowa, which was without its main inbounds passer Matt Bohannon because of a left knee injury, and a resurgence by House -- who missed his first nine shots of the game and was scoreless until 5:14 remaining in regulation.

"We knew it was kind of impossible, man, but we just said that we were going to fight until the end," House said.

Wyatt Lohaus with the SHOT OF HIS LIFE. https://t.co/pvfqAK1U2G

"I've never been a part of a game like that, never saw one," Aggies coach Billy Kennedy said. "(I) still really don't know what happened."

"It's just tough," Bohannon said. "It's the NCAA Tournament, though, that's what happens."

"It shouldn't have ended tonight," said Northern Iowa coach Ben Jacobson, who added the loss was "no question" the toughest to handle of his career.